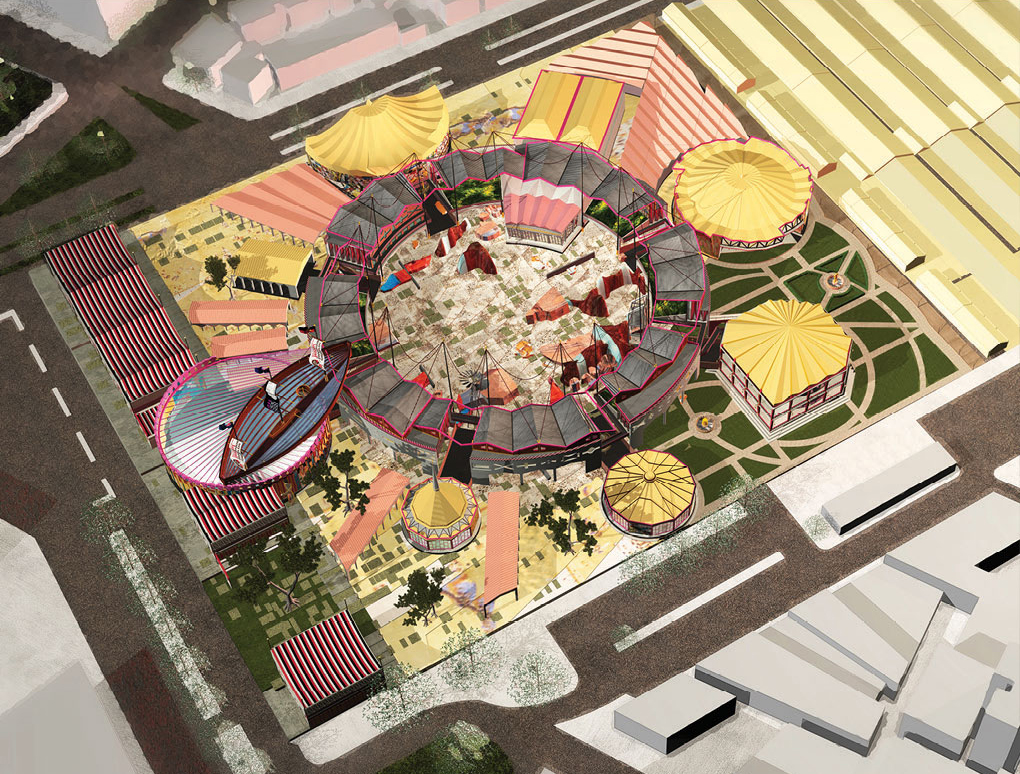 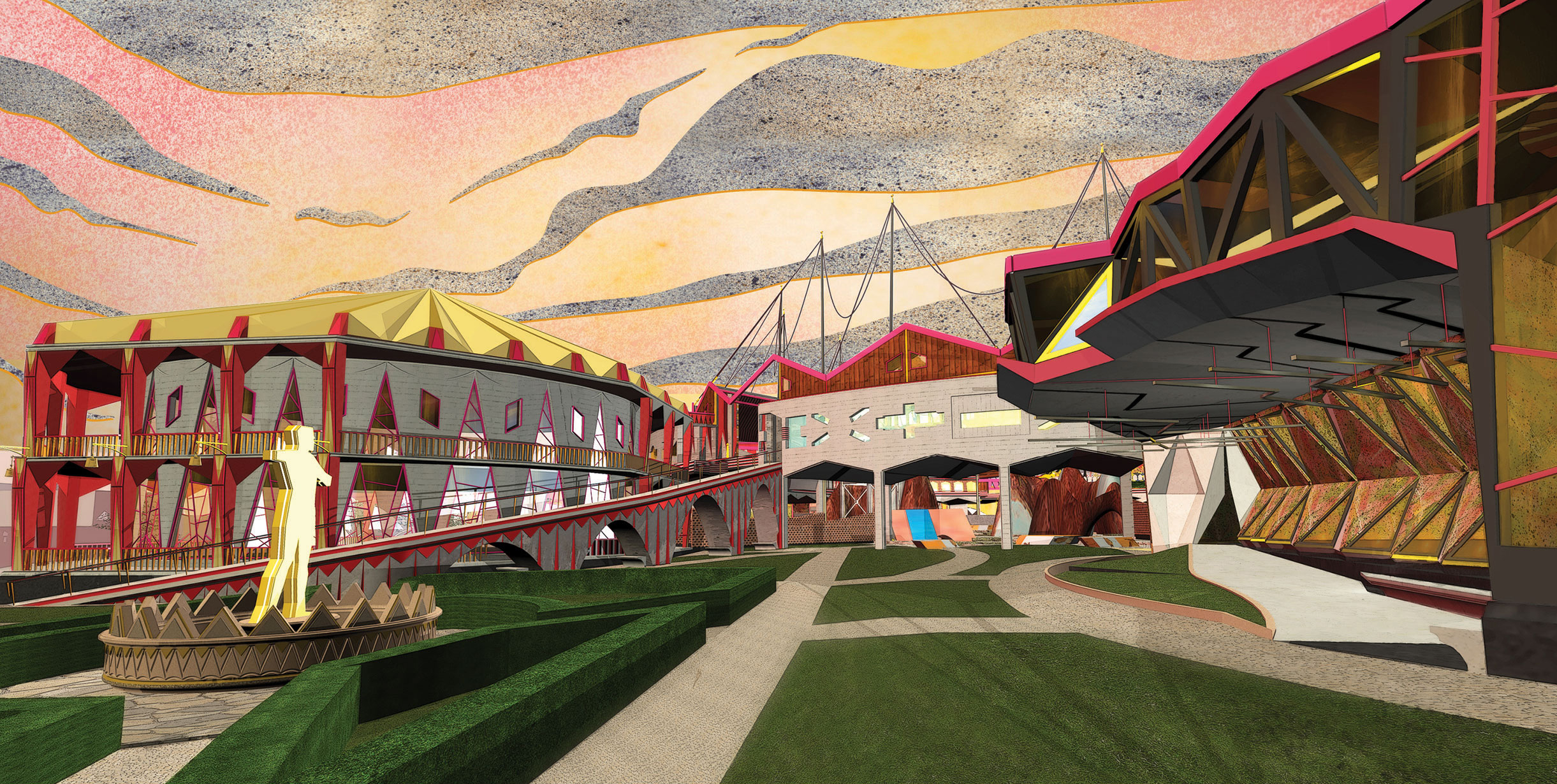 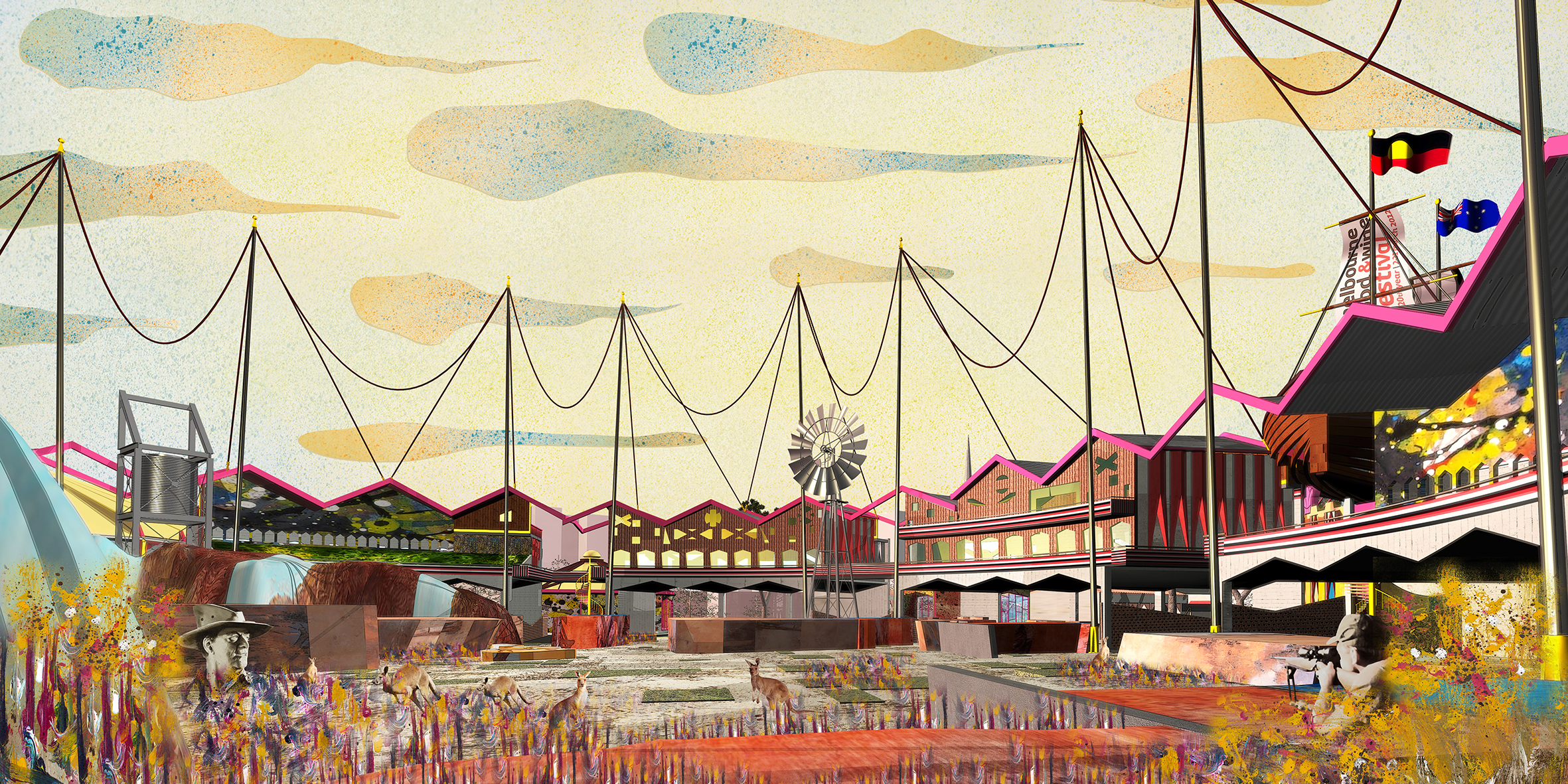 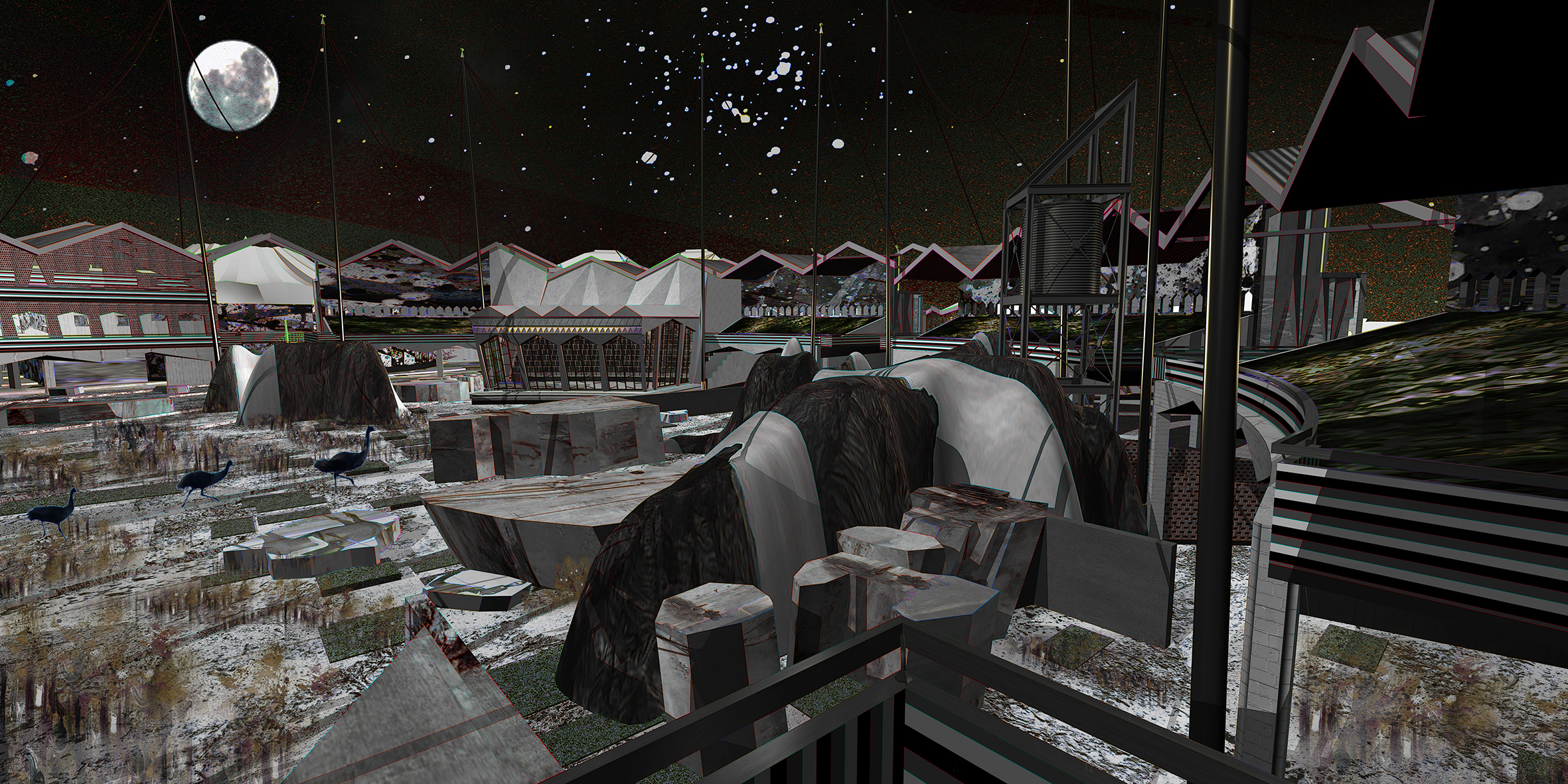 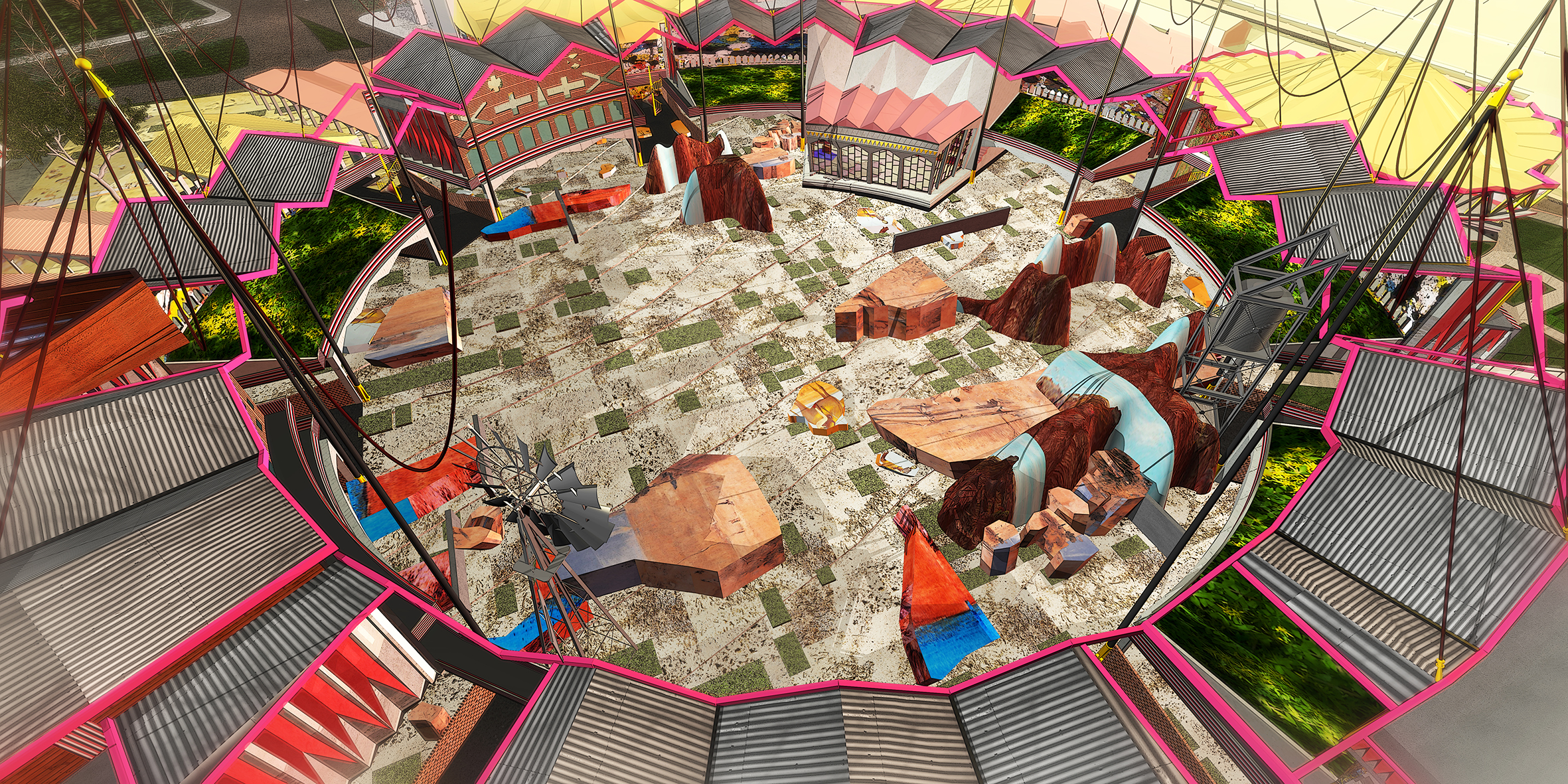 Victoria Farmer’s Hall of Fame and an Indigenous Harvest Pavilion

This project speaks of honoring the farmer and agricultural groups, paying tribute to Australia’s farming industry. It advocates for the industry and educate the public about the importance of Agriculture in Australia, food production, and the image it gives to the nation. It is a conciliation of the urban and the rural. It also encases and gives a physical shape to a major political community in Australia- the good old farmers.
The Hall of Fame celebrates various modes of farming sectors, methods and research. With its main protagonist being the various “Bush components”, comprising a native market garden, native seed vault, bush food cooking school and a restaurant. These programs outreaches to the public, hoping to provide an education about the economic, environmental, health, gastronomical benefits of investing indigenous produce. Despite bush foods being a vital Aboriginal source of diet for thousands of years, the industry is still very much at its infancy. There are immense environmental, economic and health benefits of consuming native produce. However, the low availability of such food makes it hard for the public to be adventurous with it, let alone facilitating wide acceptance and developing a mainstream national palate.
As a result, my project hopes to provide a magnifying glass into such issues, aiming to make a statement by placing a ‘bush land’ within the lush Melbourne CBD. It is an inversion to seeking oasis in a dessert as it ironically seeks the robust and arid, delivering a true Australian rural garden