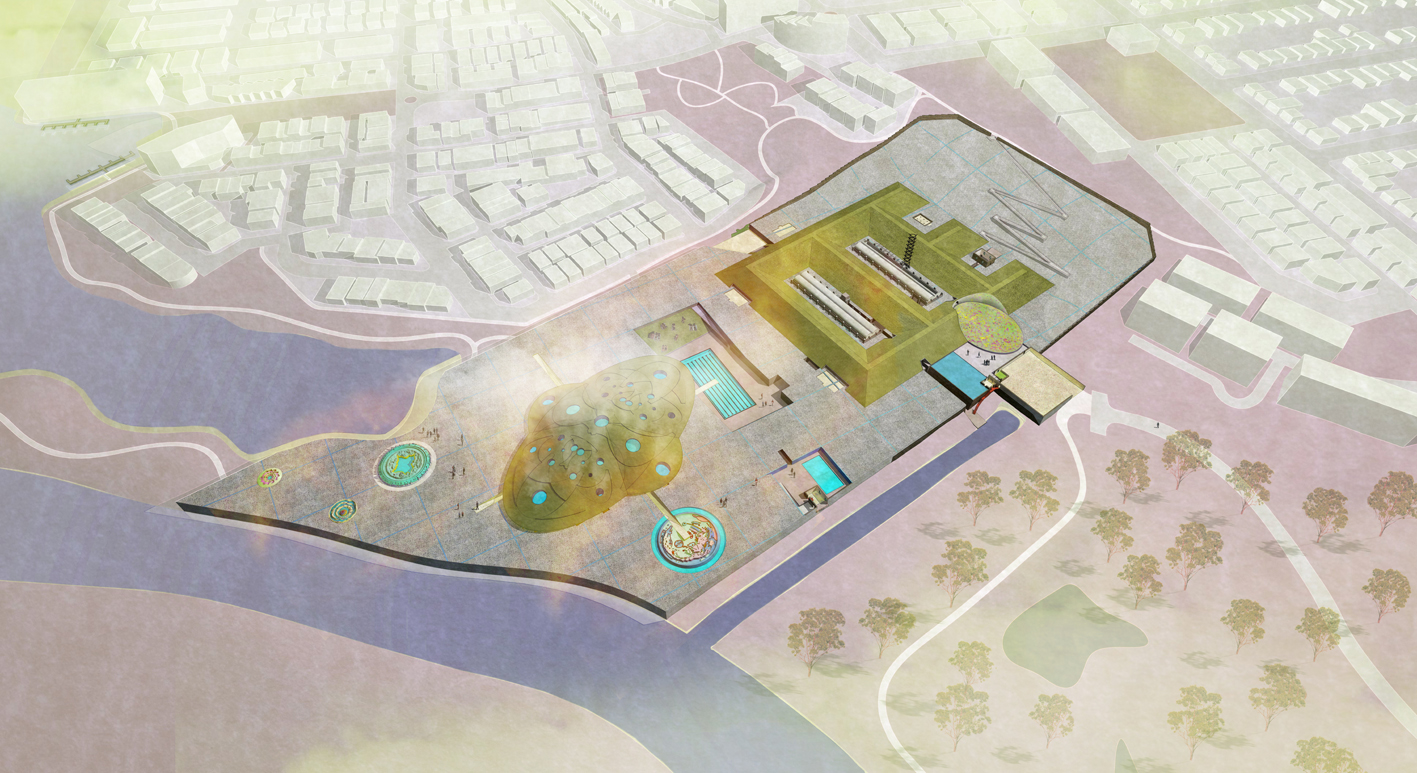 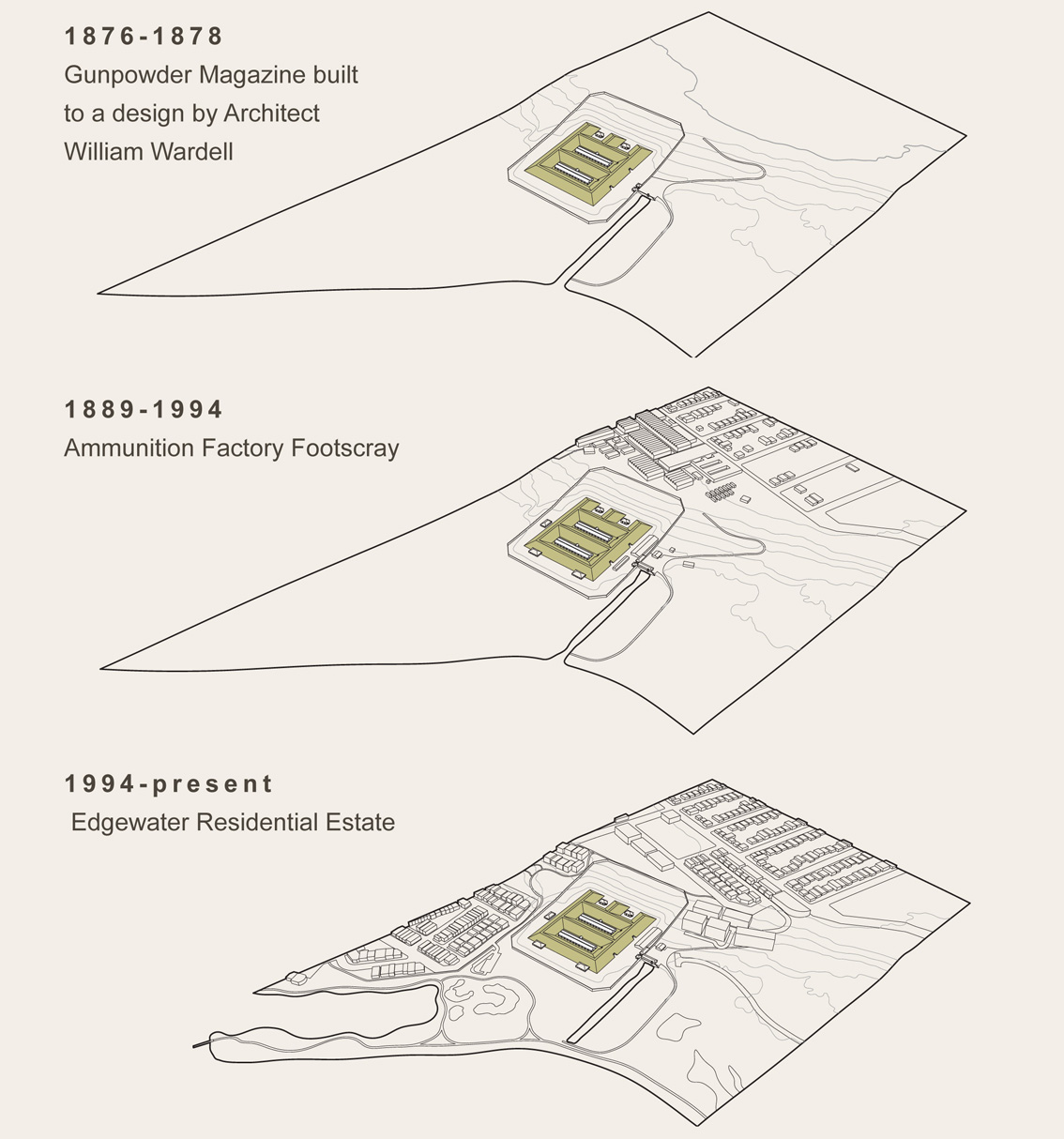 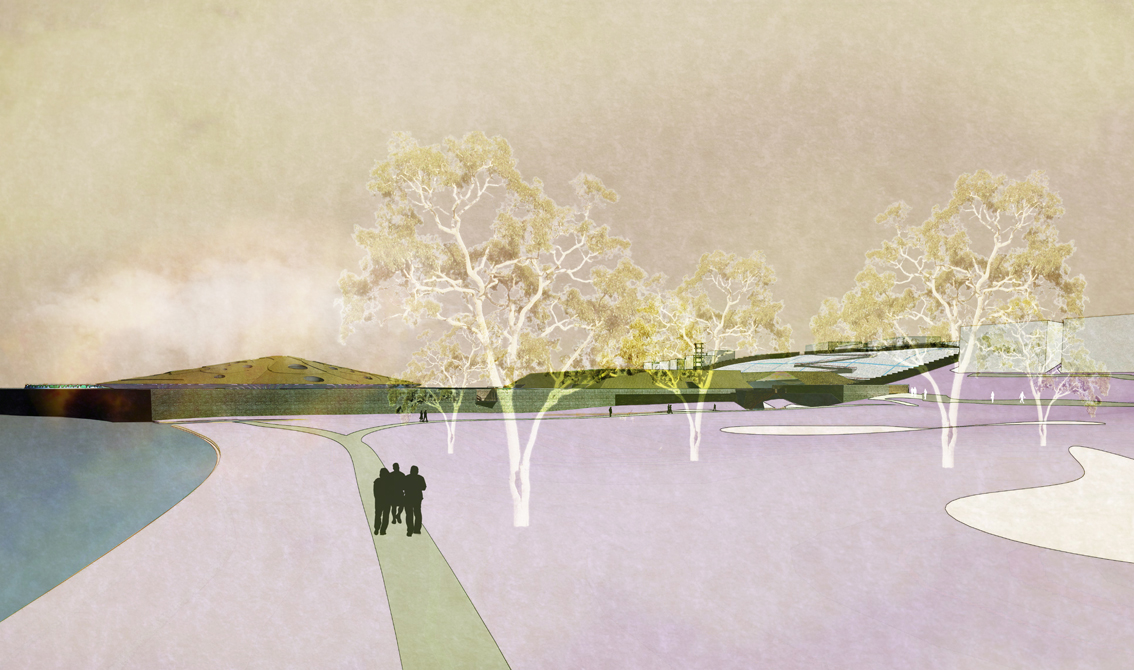 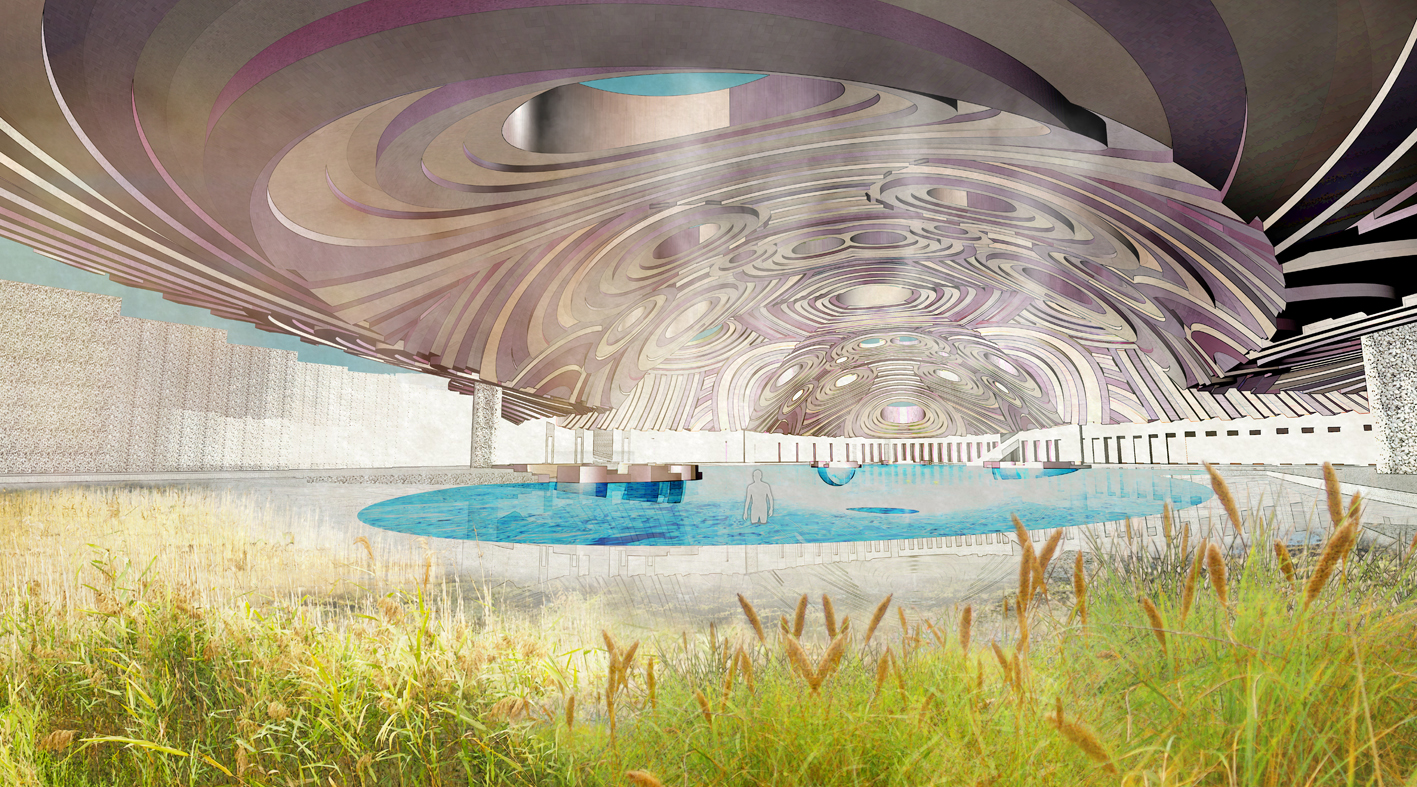 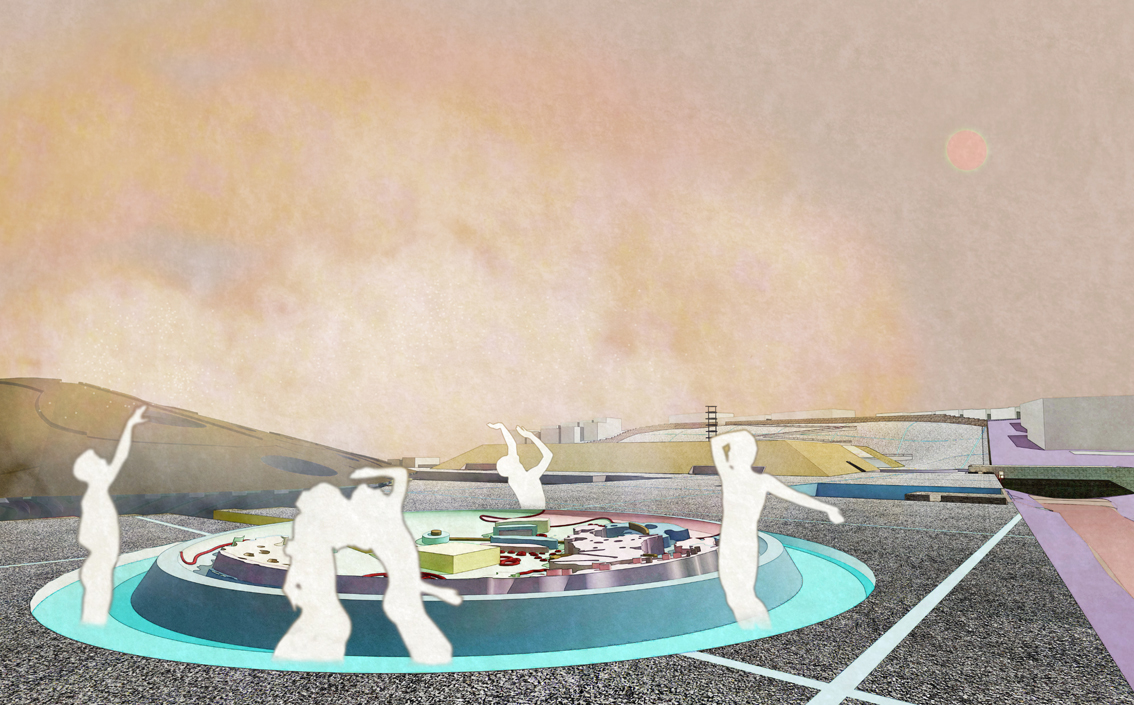 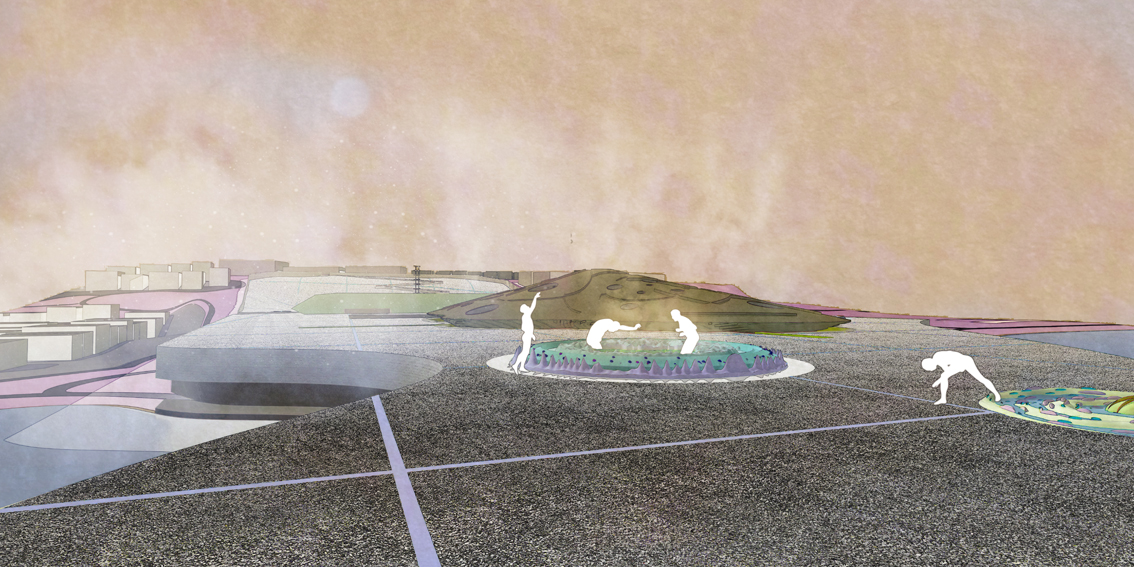 We were moved to address an outpost of the city of Melbourne, Australia.

An attempt was made to tackle an impervious gunpowder storage facility, a symbol of Australia’s colonial legacy. The bluestone magazine was designed by William Wardell and reflects the extraordinary growth in wealth due to the gold mining boom of the 19th Century. On federation of the states it was occupied by the Commonwealth of Australia for defence purposes, then became part of the Footscray Ammunition Factory complex. The discontinuation of the defence and ammunition complex in the mid 90s saw the magazine become a site of confounding introspection as the area around it was subject to significant residential developments.

The project sought to curate the historical artefact and render its presence legible amongst the advancing suburban growth of Maribyrnong conservatively projected to increase its population by 50% during the next 20 years. A plinth was extended to meet the river. The condition of the magazine as an enigmatic object of resilience was considered something to emulate. New bluestone walls were whitewashed to match the bark of the surrounding Eucalyptus trees.

The new leisure precinct invokes a daily zodiac, but is intended to be more mysterious. The interior was imagined as a Martian billabong. The project sought to establish a symbol upon which Maribyrnong might claim a new horizon for dreaming.