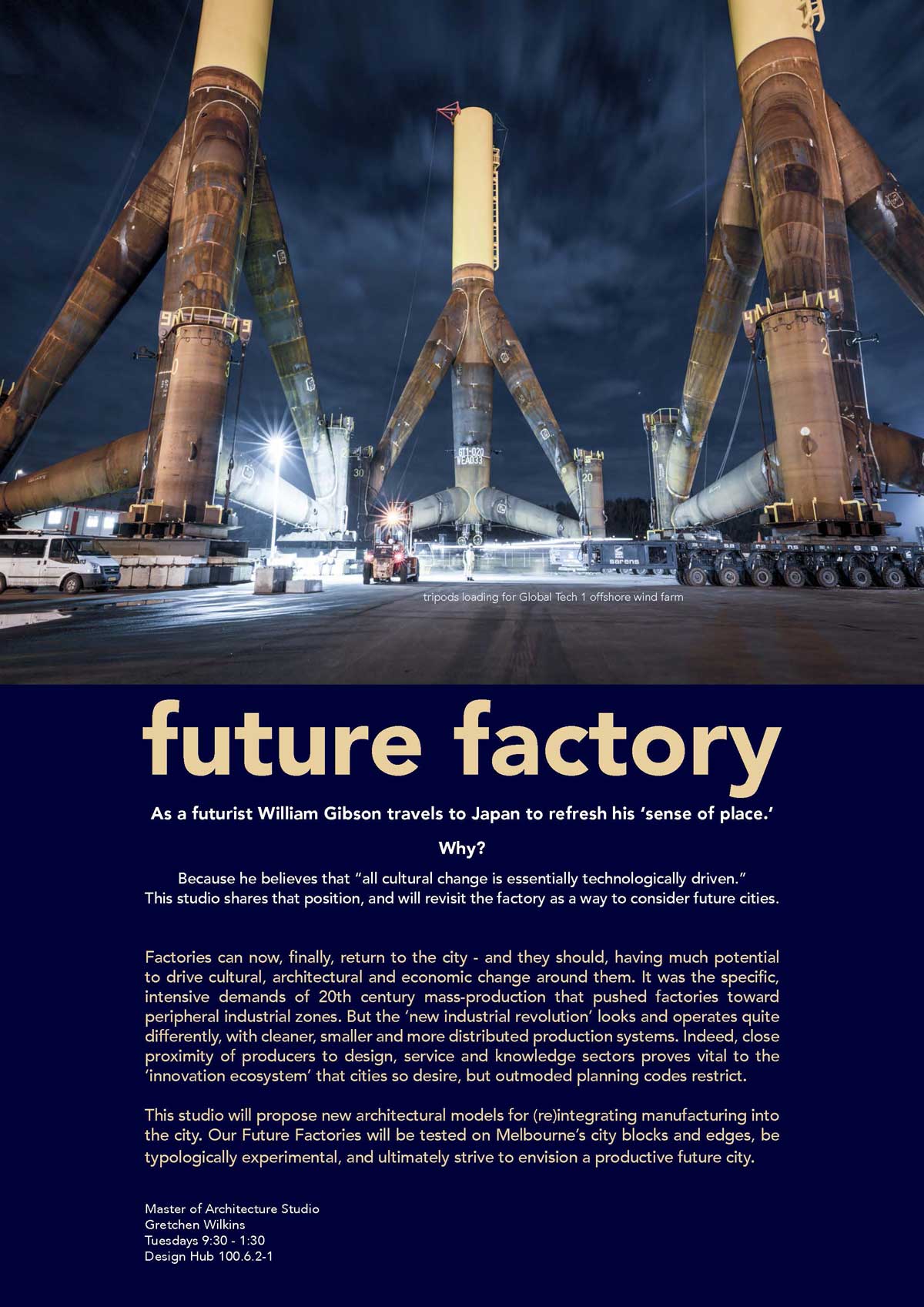 As a futurist William Gibson travels to Japan to refresh his ‘sense of place.’

Why? Because he believes that “all cultural change is essentially technologically driven.”

This studio shares that position, and will revisit the factory as a way to consider future cities. Factories can now, finally, return to the city – and they should, having much potential to drive cultural, architectural and economic change around them. It was the specific, intensive demands of 20th century mass-production that pushed factories toward peripheral industrial zones. But the ‘new industrial revolution’ looks and operates quite differently, with cleaner, smaller and more distributed production systems. Indeed, close proximity of producers to design, service and knowledge sectors proves vital to the ‘innovation ecosystem’ that cities so desire, but outmoded planning codes restrict.

This studio will propose new architectural models for (re)integrating manufacturing into the city. Our Future Factories will be tested on Melbourne’s city blocks and edges, be typologically experimental, and ultimately strive to envision a productive future city.