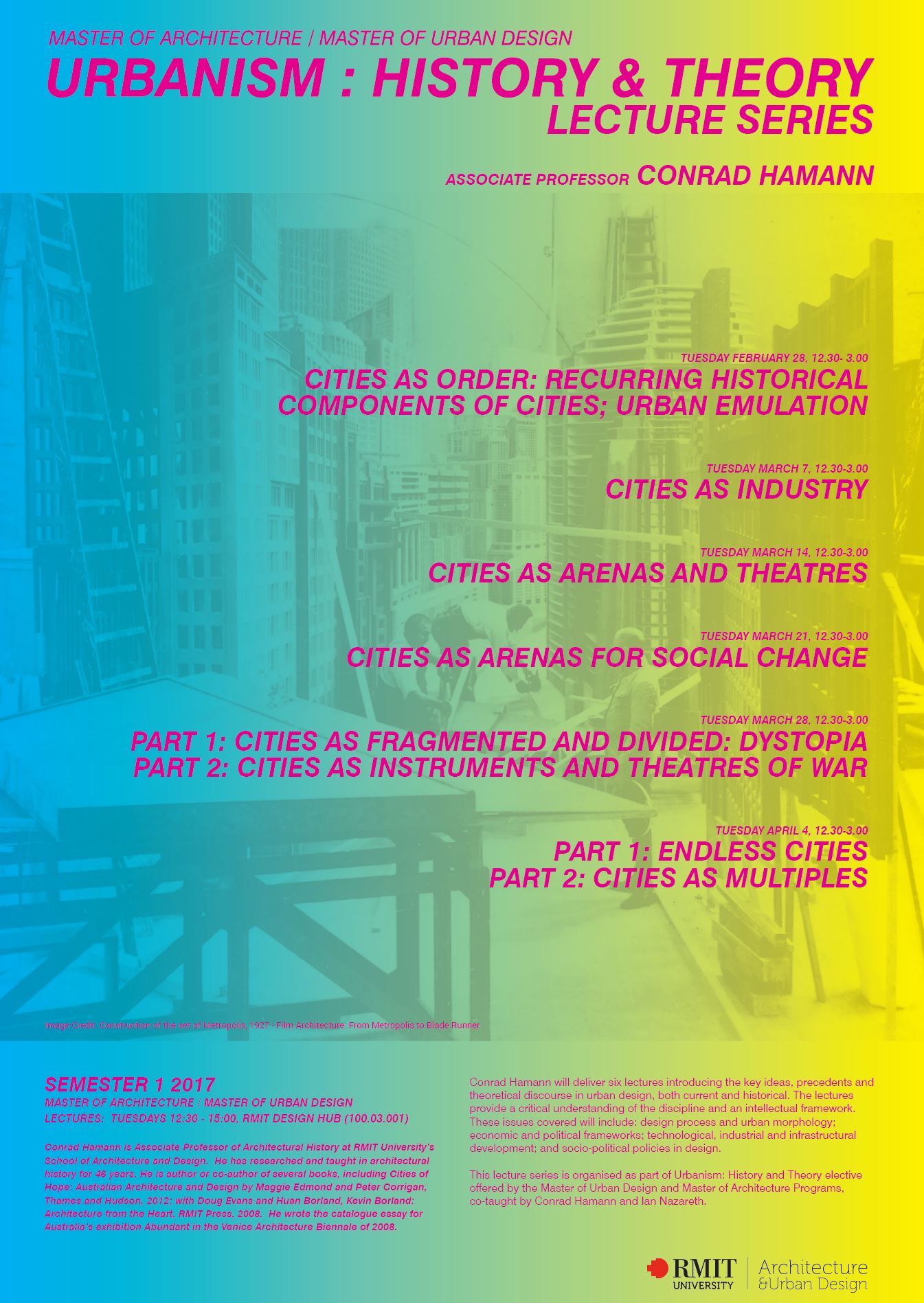 Conrad Hamann will deliver six lectures introducing the key ideas, precedents and theoretical discourse in urban design, both current and historical. The lectures provide a critical understanding of the discipline and an intellectual framework. These issues covered will include: design process and urban morphology; economic and political frameworks; technological, industrial and infrastructural development; and socio-political policies in design.

This lecture series is organised as part of Urbanism: History and Theory elective offered by the Master of Urban Design and Master of Architecture Programs, co-taught by Conrad Hamann and Ian Nazareth.