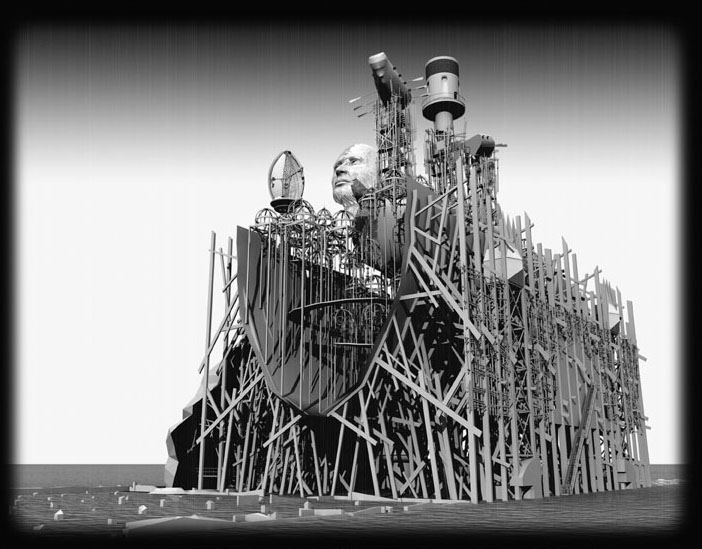 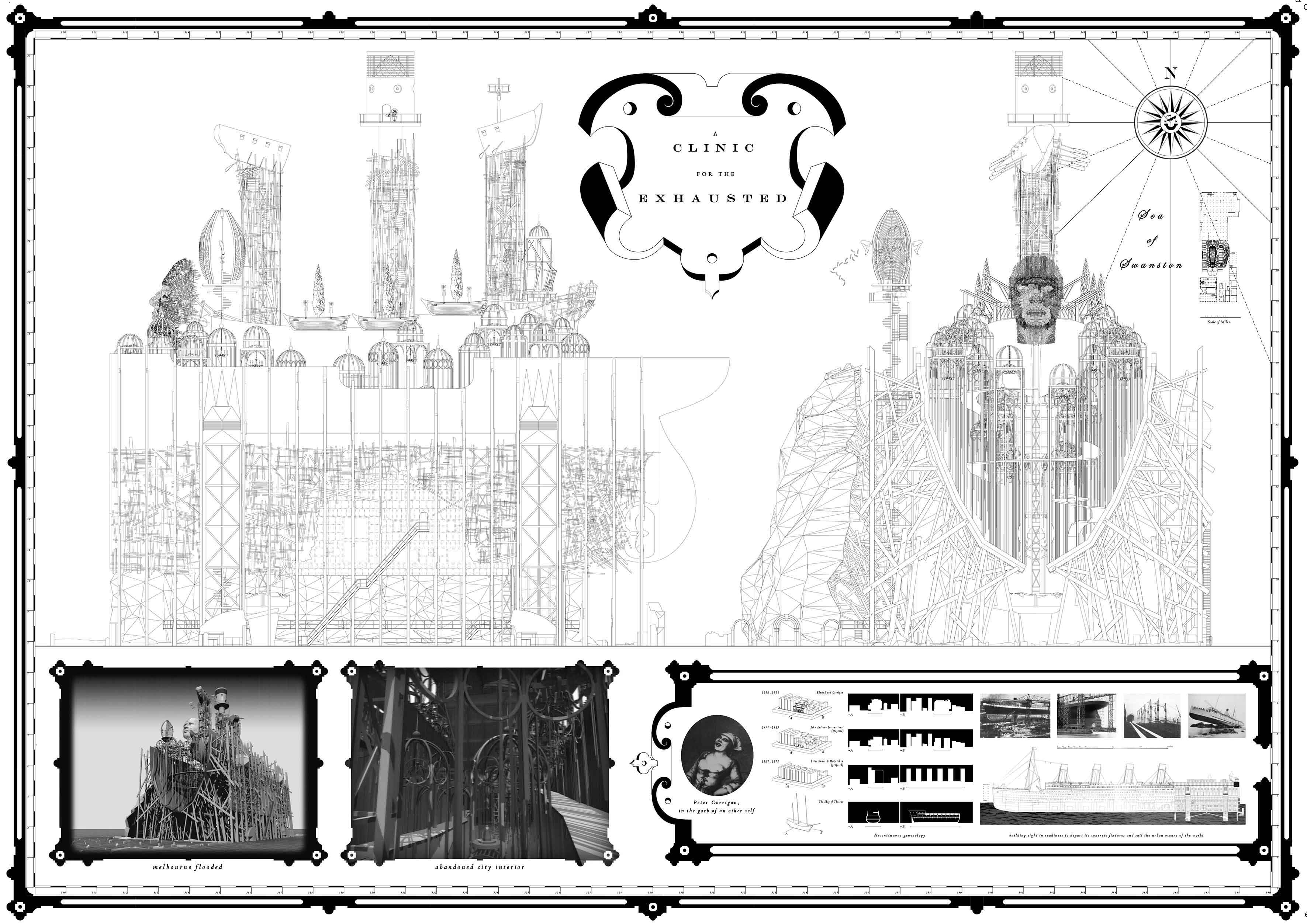 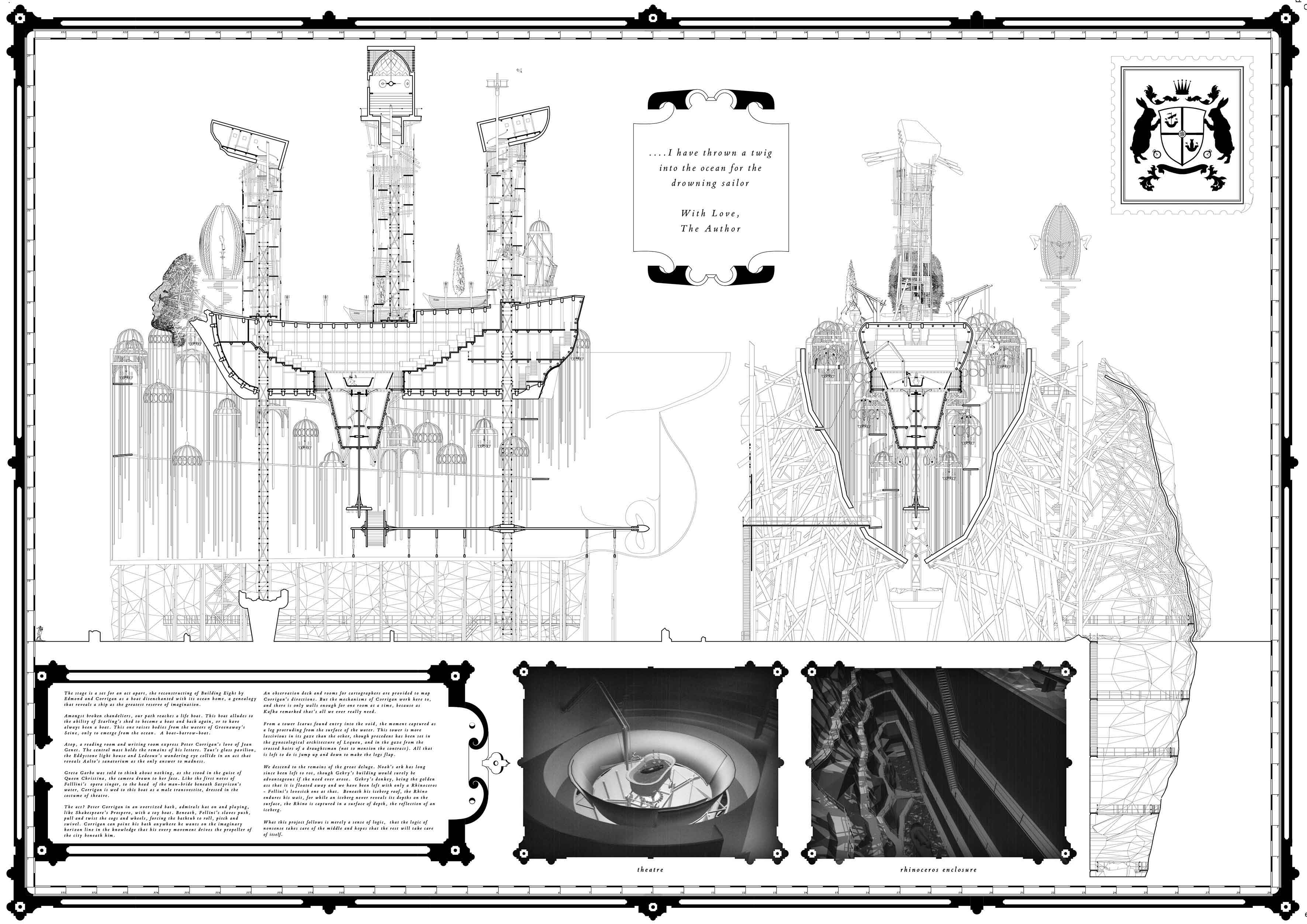 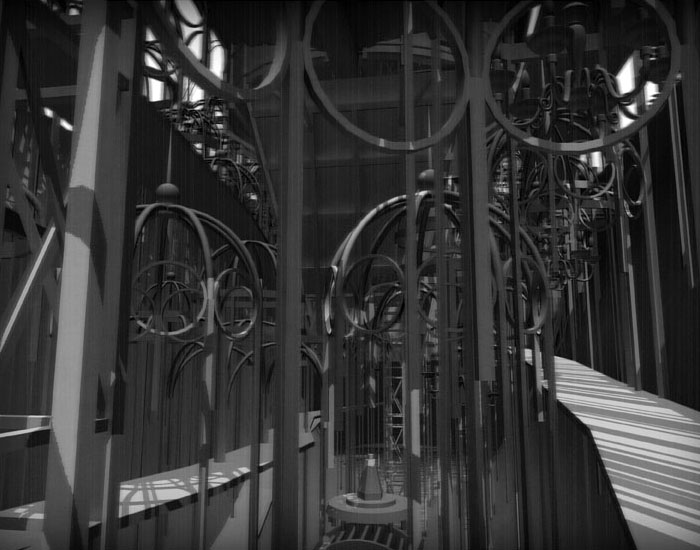 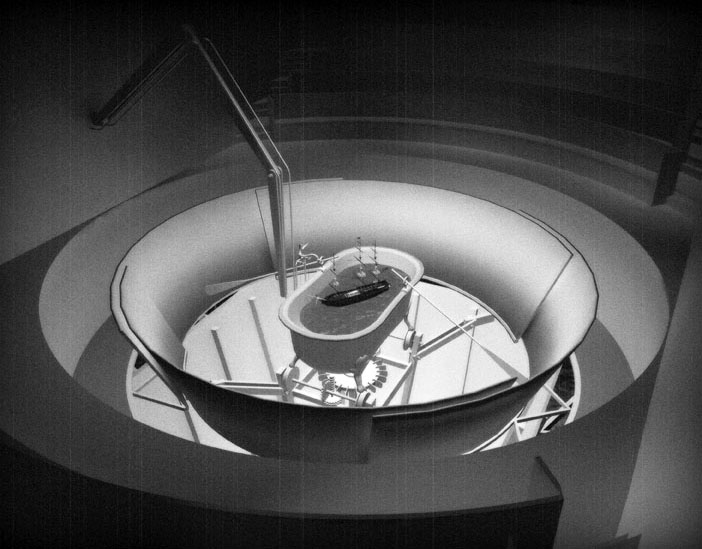 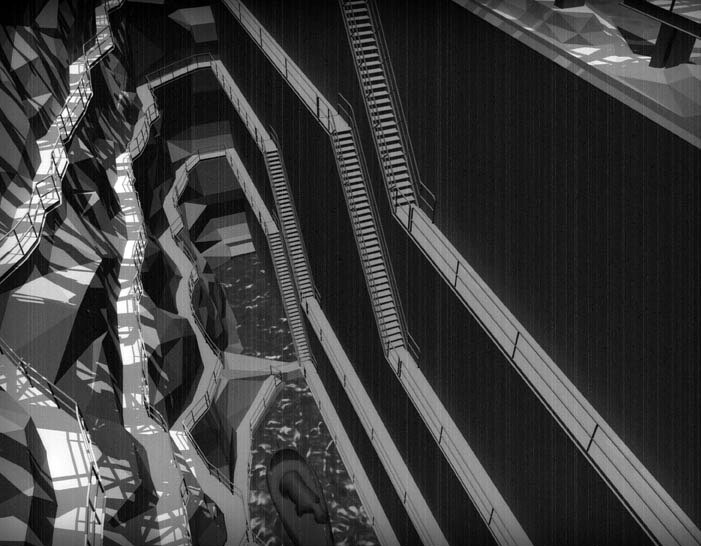 A Clinic for the Exhausted

A scheme that at first seemed too unlikely, indulgent and nutty to carry the mantle of winner, but one too witty and pretty and bold to ignore. Wearied by the search for a champion, though not quite exhausted, we returned to the Clinic. It was clearly old-school; drawing as architecture, even if the drawing was digital and finely modelled. It did reek of last-century picaresque roman-a-clef tongue-in-cheek cockamamie self-indulgent absurdist magic-so-called-realism. But slowly it drew us into the theatrical architectural world of its subject. It gently intrigued us to consider again the ambiguities and vitality of this key phase in recent architectural history. Was this possibly the first sighting of that ultimate irony, a revival of postmodernism? Or was it, more humbly, simply a painstakingly referenced and affectionate homage to that remarkable architect – Peter Corrigan?

The Clinic is unbuilt, but equally clearly it could be built, in titanium if need be, within the capabilities of contemporary construction. But should it be built? Against glittering backdrops of gluttonous consumption, implicit exploitation and shallow spectacle in millennial mega-cities, this project proffers a portrait of an individual, engrossed and engaged in catching and constructing culture. Yes, I would love to see it built, if only as a bronze casting from a wax-print model. Ideally it would be a monument at the scale of a man, with the rhinoceros sized to fit inside a human heart.