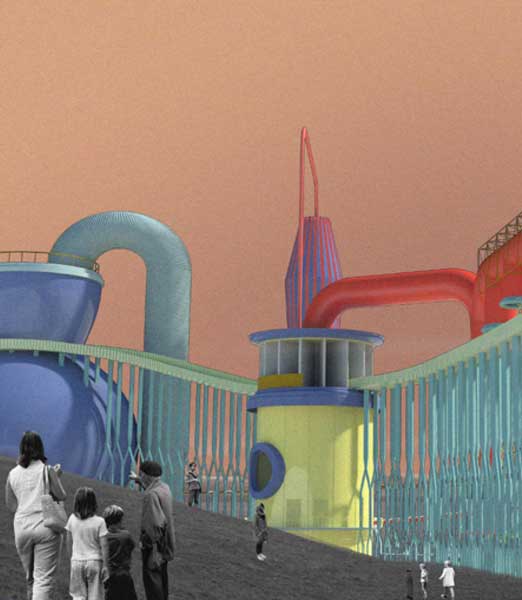 RMIT Bachelor of Architecture students Pei She Lee & Darius Le have been awarded a Special Mention in the d3 Unbuilt Visions 2014 International competition.

The annual competition celebrates the contribution made to architectural discourse through projects that are speculative and is open to students and professionals.

‘A Carnival for the Soybean’ was a response to the tourist commodification of the DMZ, the area that lies between North and South Korea. The project examined Imjingak, a war memorial park and also the site of the Jangdan Soybean Festival, and sought inspiration from the shared reconciliatory experience of a Carnival.

The project deploys a soybean factory as carnival ride through the site, and symbolically weaves it into the Gyeongui Line that connects the capitals of the two Koreas. The curated journey enables both soybeans and spectators to undergo a parallel transformation.

The project will be included in a future publication and exhibition.