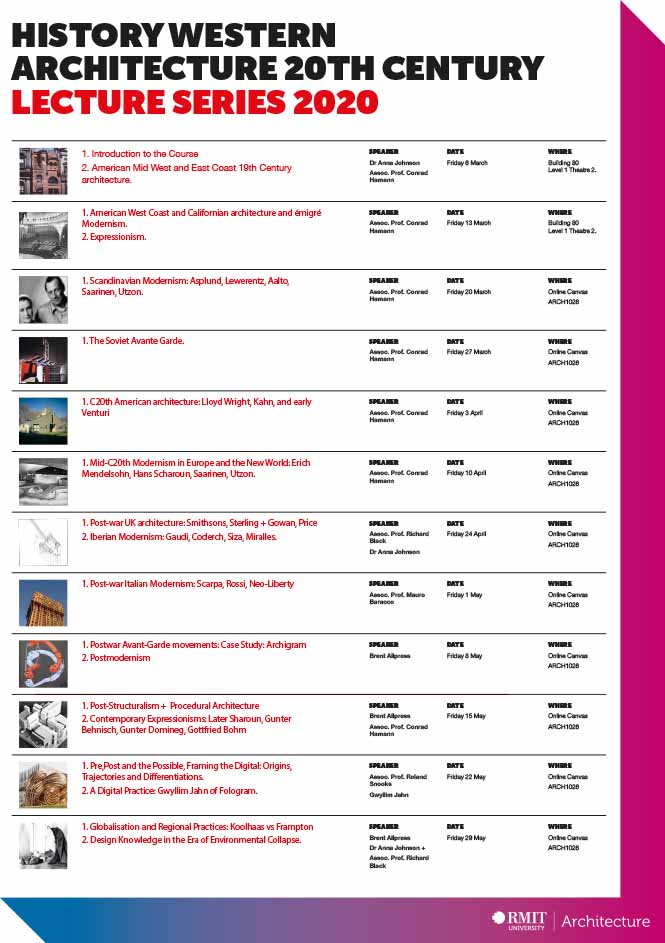 This Lectures Series is presented by RMIT Architecture staff members; Associate Professor Conrad Hamann, Senior Lecturer Brent Allpress and Dr Anna Johnson with guest lectures by Associate Professor Richard Black and Associate Professor Mauro Baraco that introduces you to architects, movements, theories and design practices of 20th century architecture. The course addresses the diversity of modernism in the early 20th century, revisions of modernist practices in the mid to late 20th century and 21st century and discussions of post-modernism, regionalism, globalisation ending with discussions of various digital trajectories and finally, with speculations on design knowledge in an era of environmental collapse. Specific issues include questions of cultural and urban identity in the context of globalization, debates around the role of theory and design discourses, the shifting role of technology and the digital, influential design practices and procedures and design knowledge within the context of climate change.

History of Western Architecture 20th Century is a course in the second year of the RMIT Bachelor of Architectural Design program and is coordinated by RMIT Architecture Senior Lecturer Anna Johnson.