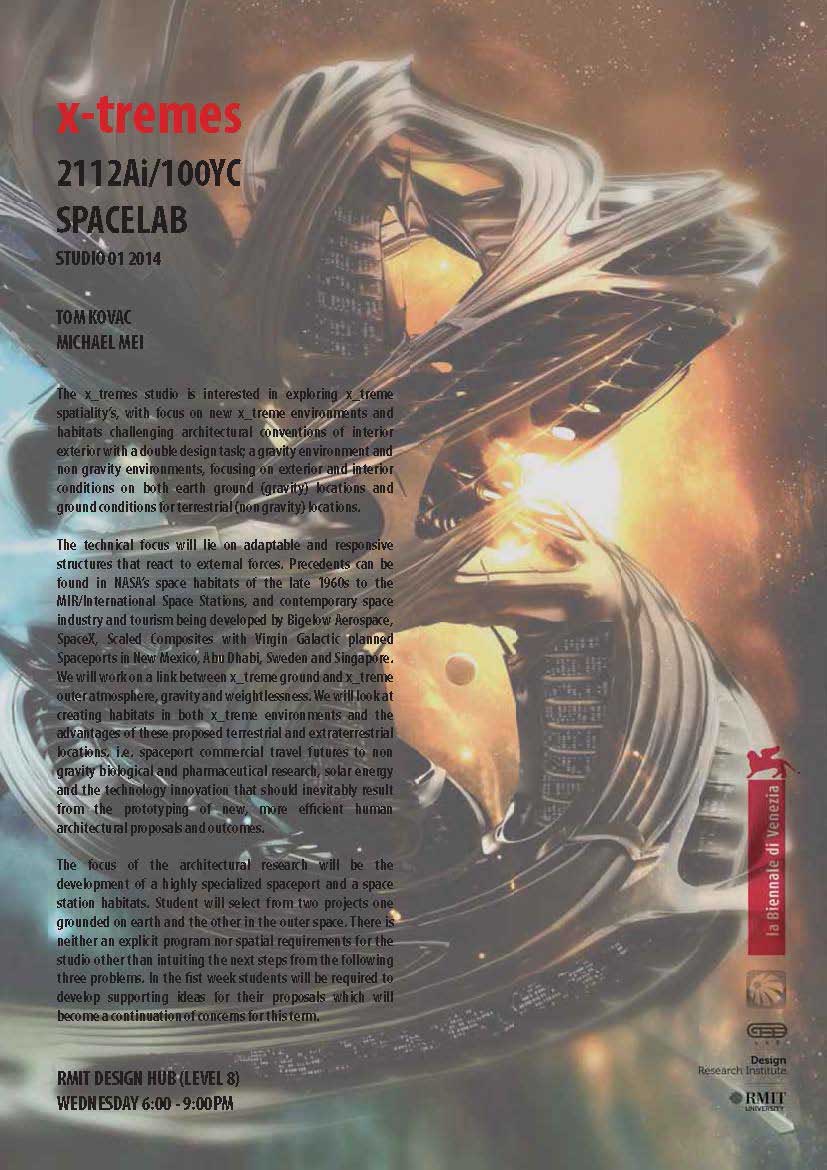 The technical focus will lie on adaptable and responsive structures that react to external forces. Precedents can be found in NASA’s space habitats of the late 1960s to the MIR/International Space Stations, and contemporary space industry and tourism being developed by Bigelow Aerospace, SpaceX, Scaled Composites with Virgin Galactic planned Spaceports in New Mexico, Abu Dhabi, Sweden and Singapore. We will work on a link between x_treme ground and x_treme outer atmosphere, gravity and weightlessness. We will look at creating habitats in both x_treme environments and the advantages of these proposed terrestrial and extraterrestrial locations. i.e. spaceport commercial travel futures to non gravity biological and pharmaceutical research, solar energy and the technology innovation that should inevitably result from the prototyping of new, more efficient human architectural proposals and outcomes.

The focus of the architectural research will be the development of a highly specialized spaceport and a space station habitats. Student will select from two projects one grounded on earth and the other in the outer space. There is neither an explicit program nor spatial requirements for the studio other than intuiting the next steps from the following three problems. In the first week students will be required to develop supporting ideas for their proposals which will become a continuation of concerns for this term.