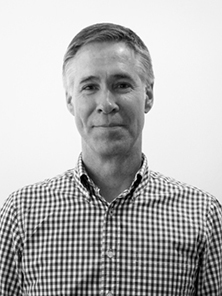 Hamish Lyon is a Director at NH Architecture and leads the firm’s design thinking and direction. He is involved in projects of all scales, and is responsible for co-ordinating the design continuity within the studio.

He began his architectural career with the national Robin Boyd Medal, awarded under the chairmanship of the pre-eminent Australian architect, Glenn Murcutt. As Architecture and Design Director of NH Architecture, Hamish has been involved in a wide range of architectural projects, urban initiatives, and master plans, which began with the groundbreaking Q        V development in central Melbourne.

He led the team delivering Melbourne’s world class 6 Star Green Star Convention Centre, the redevelopment of Myer’s flagship Bourke Street store in the heart of Melbourne’s CBD, and he also led the design direction for the Melbourne Park sporting facilities that included a major upgrade of Margaret Court Arena.

Hamish’s commitment to being an advocate for architecture has been recognised by being voted as one of Melbourne’s top 100 most influential people in The Age newspaper’s annual poll. Hamish continues to be actively engaged in public debate about architecture through teaching at the University of Melbourne, has previously sat on the National Council of the Australian Institute of Architects, and was Creative Director of the AIA National Architecture Conference in 2015.