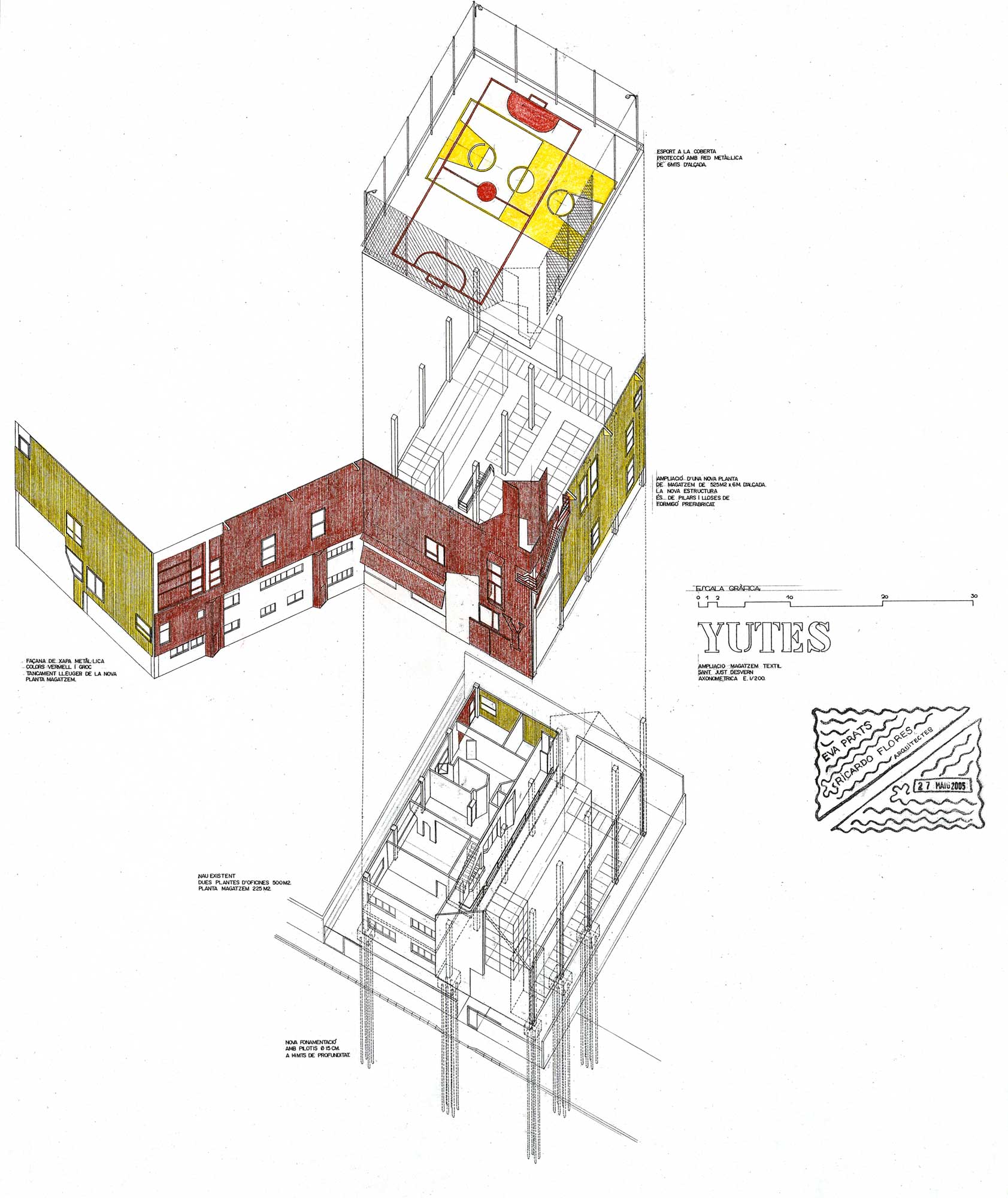 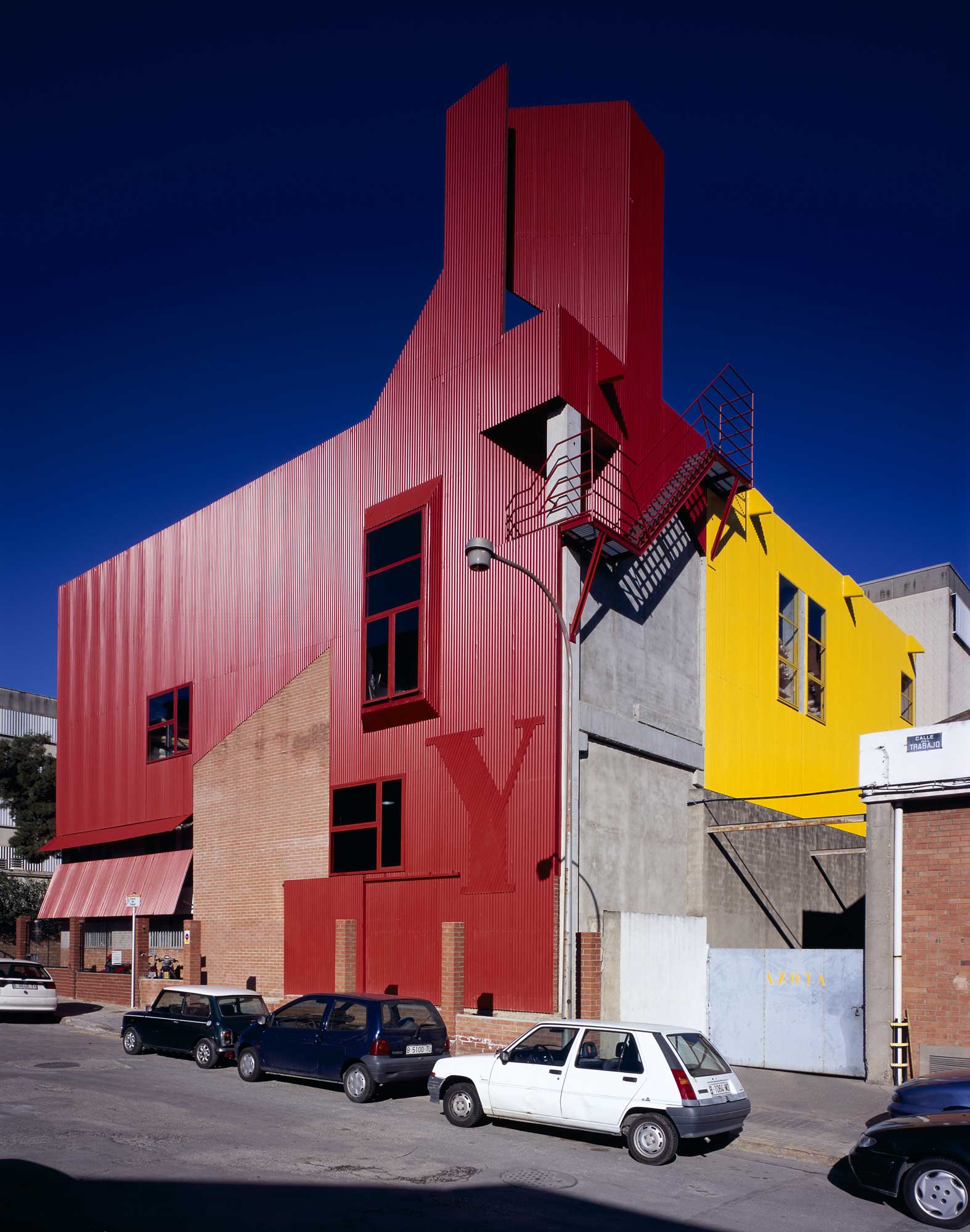 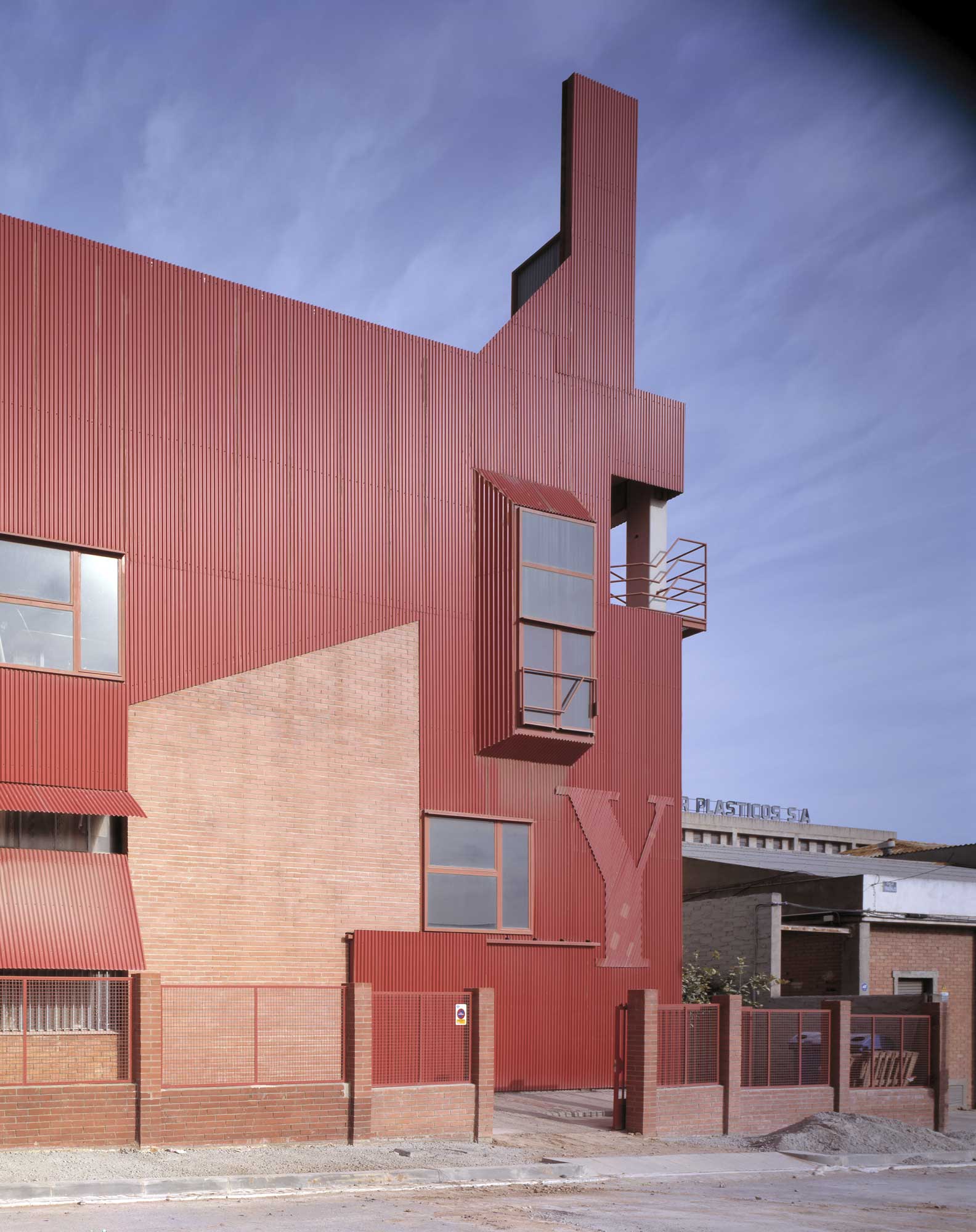 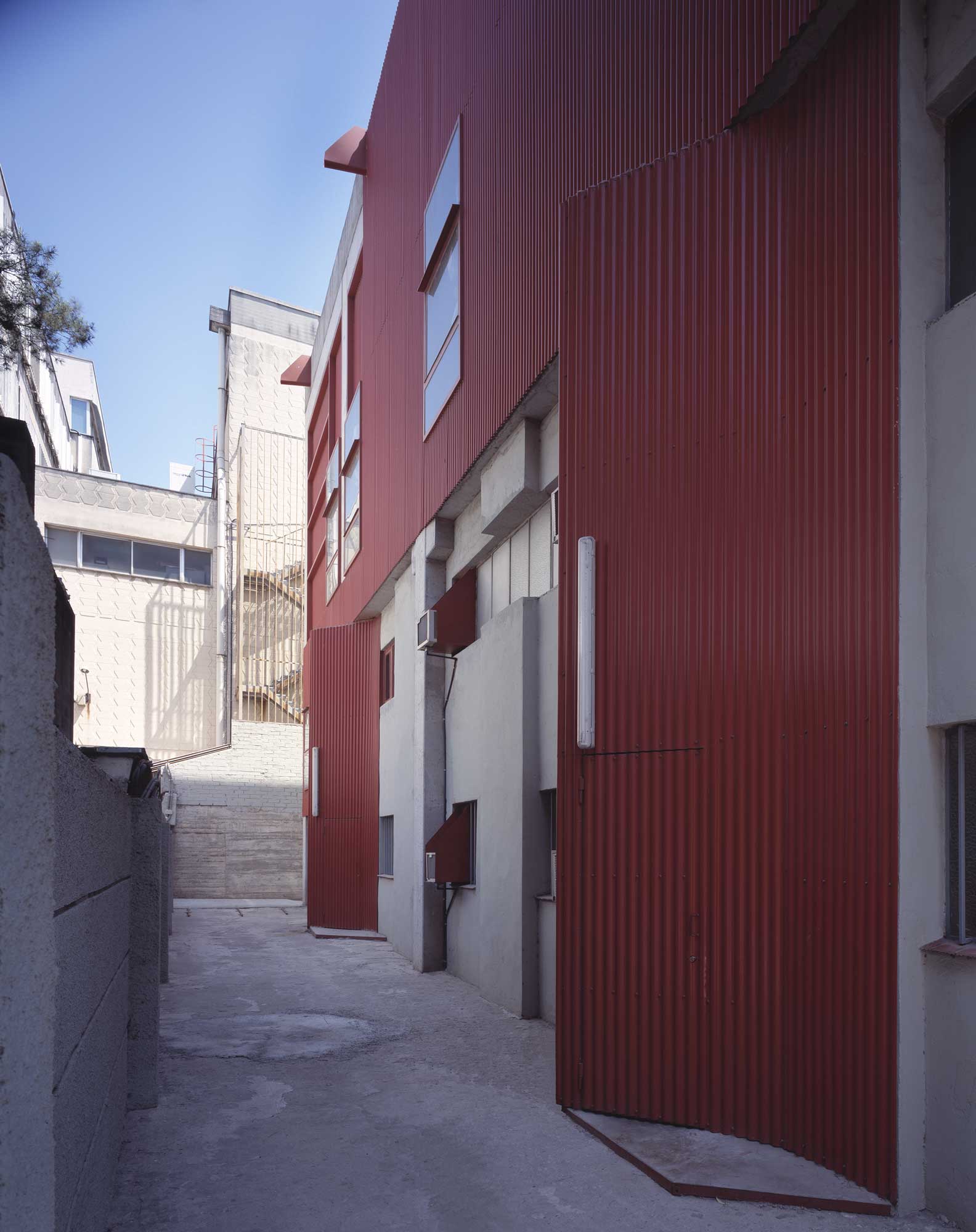 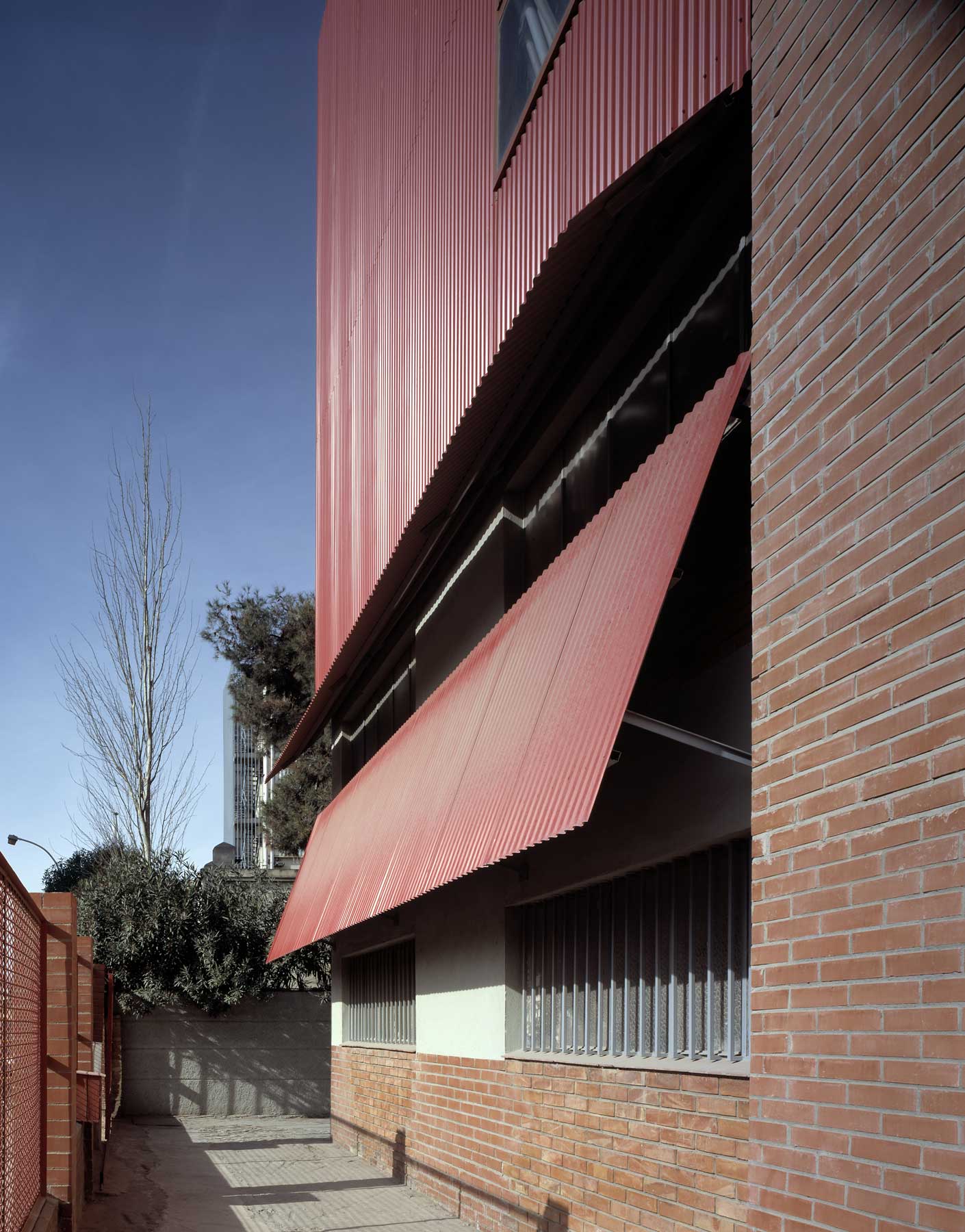 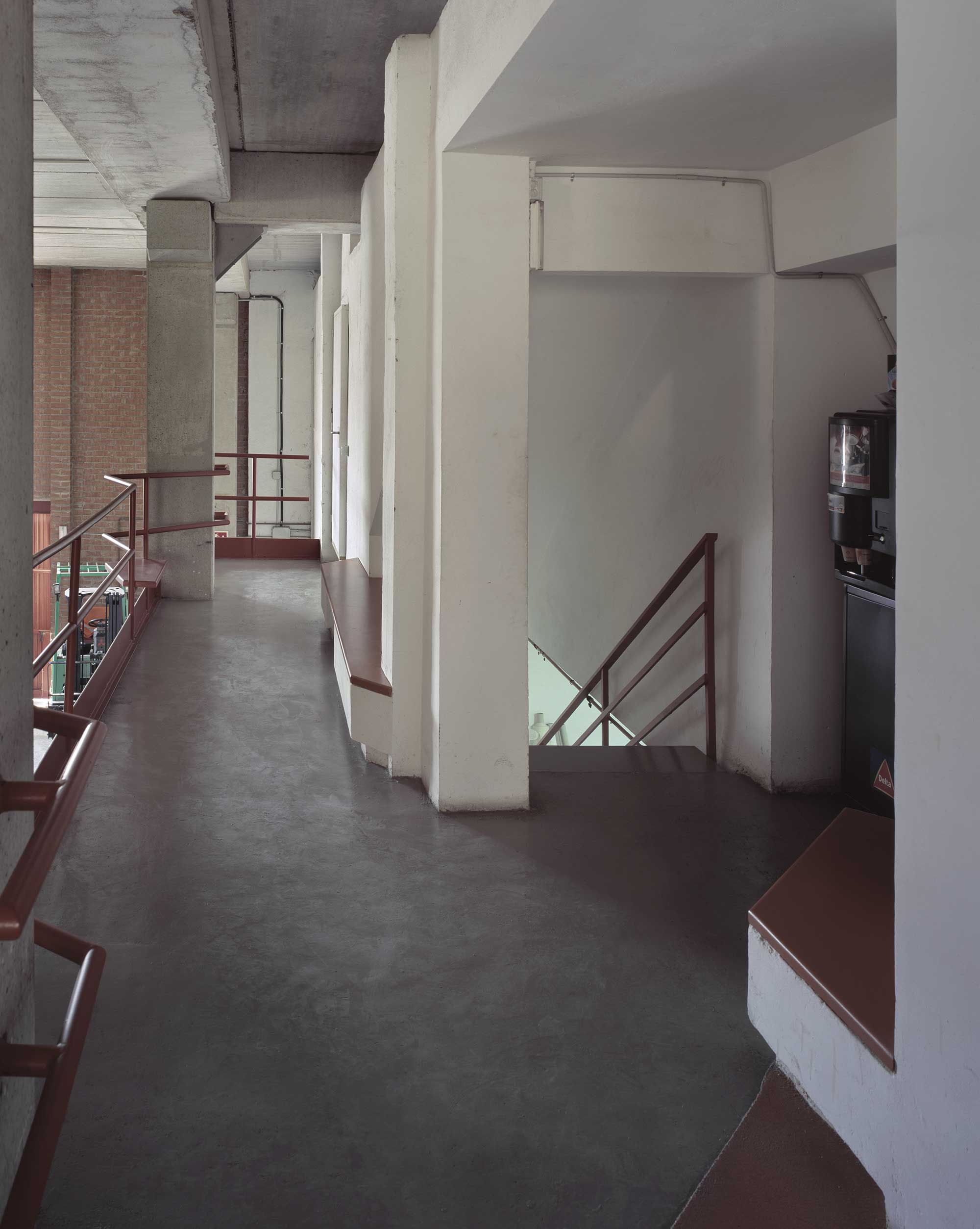 The YUTE’S project is an extension of an existing textile warehouse, in an industrial zone close to Barcelona called Sant Just, and it is located near the Walden 7 housing complex, by Ricardo Bofill, which has inspired the process of the design for its size, force and colour.

The need of the clients was to enlarge the storage capacity, with the greatest possible respect for the existing part, reusing the maximum number of elements like doors, fences, windows… The final warehouse triples its initial storage capacity, while the offices and packaging area have remained the same but have substantially varied in its distribution.

The project extends the spread of the existing building above, and wraps it in metal skins of colour which refer to the drapes of coloured fabric made and sold by the company. The lightness, the size and the mounting process of the steel corrugated panels is reminiscent with the long textile pieces that are kept and packed inside the building. It has the ease of envelope like a piece of fabric, the final dressing is open, more similar to the logic of a costume than to a closed box.

First Prize in reforms category, in the First Triennial of Architecture of Baix Llobregat, Alt Penedès and Garraf 2005.