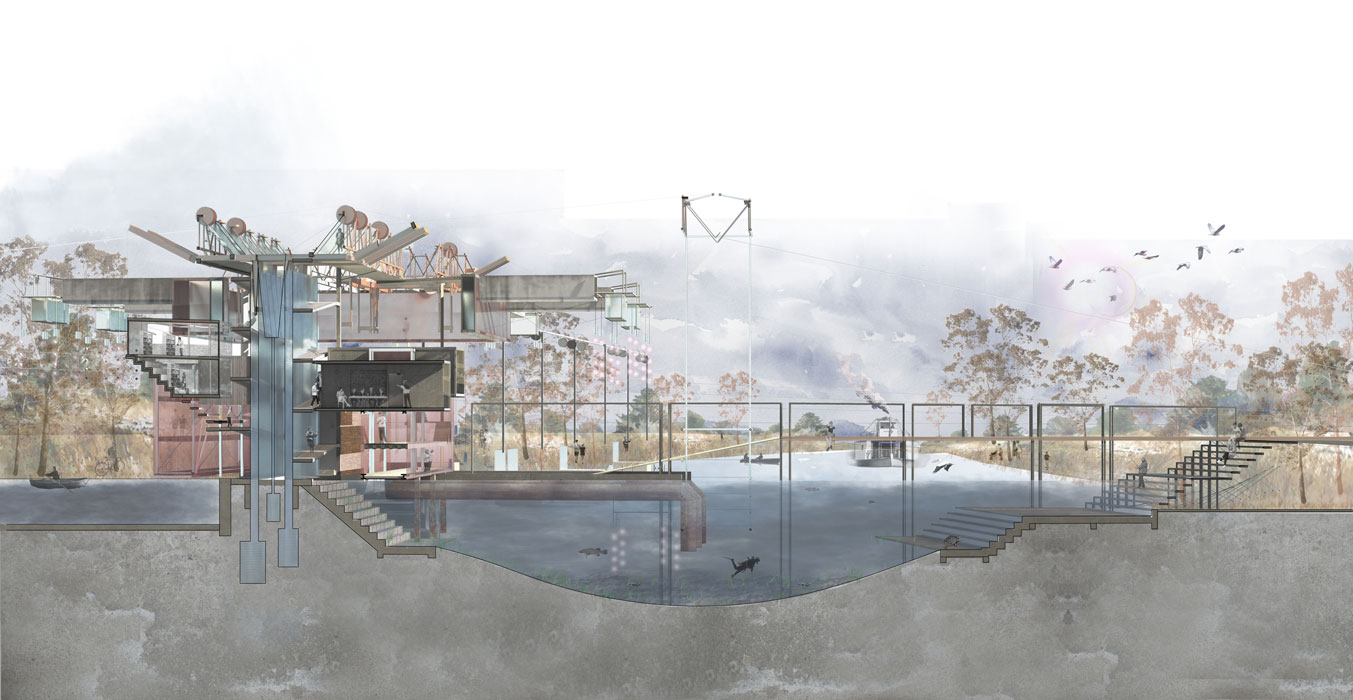 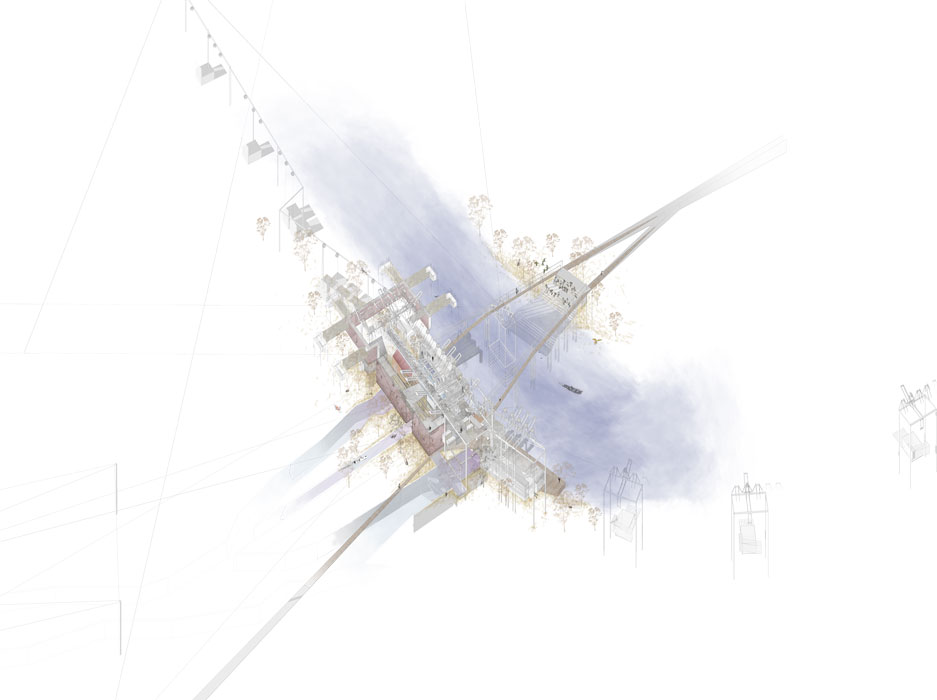 In a policy environment based on intractable conflict between conservation and irrigation within the Murray Darling Basin, Between the Waters asks: how much longer do we think we can go on having our large, but finite, cake and eating it too. Situated at the historical Psyche pumps site- approximately 15km from Mildura- the project is a research facility, which operates at a range of physical and temporal scales, with the ecological flux of each calibrated and governed by the datums of the absence and presence of water. Each fluctuation within the system causes shifts between equilibrium and tension to be given formal, spatial and index and register across the project.

The facility itself envelops the existing infrastructure, and reconfigures the edge of the river as a new active threshold. A large network of pulleys extend out into the landscape to strategic moments. Vessels at each body of water, empty and fill depending on the presence or absence of water within the basin, acting as counterweights, respectively pulling or losing tension. The spaces of the facility respond by shifting into or out of alignment by tilting, obstructing, hovering and falling.

Normally, because of a century worth of squabbling having left our largest river in the constant grips of the big dry, it is in a state of semi-collapse reflecting a loss of tension in the system caused by the absence of sustainable flow levels. Alternatively, when it floods and water levels rise, the counterweights respond by raising the spaces up to another level – working to protect and reveal new spaces normally concealed beneath. The proposal also posits an ideal – a balance between two extreme variables – bringing spaces into alignment, facilitating exchange. The hope being that we will one day achieve a unity with the environment and a true understanding of how much ‘cake’ we can really eat