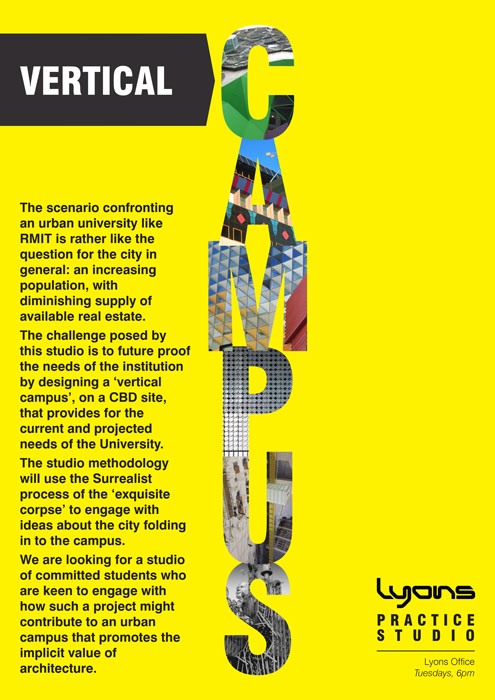 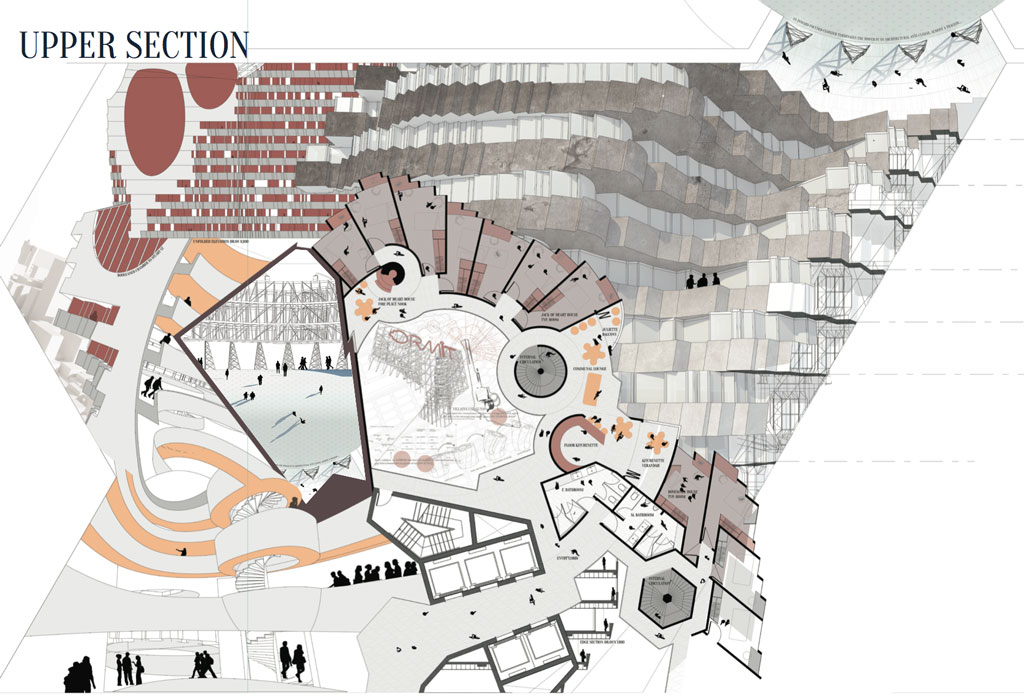 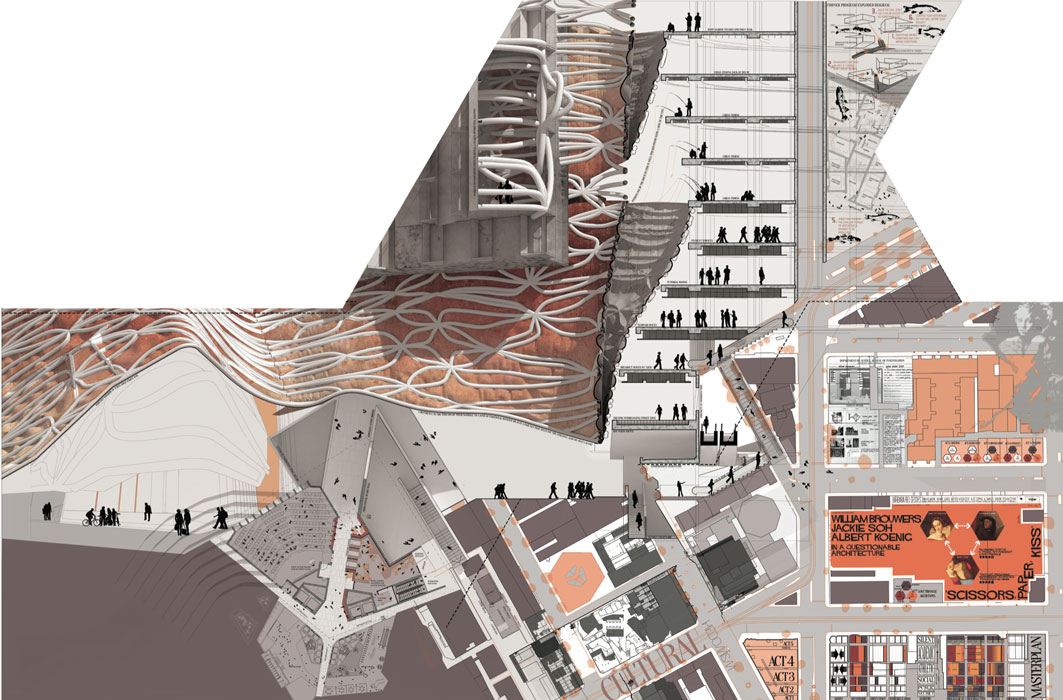 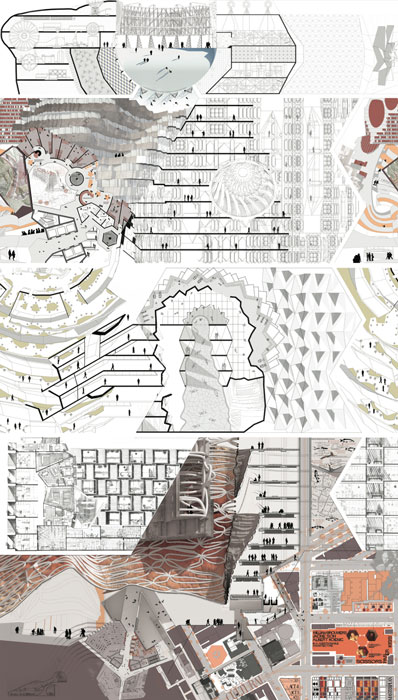 The scenario confronting an urban university like RMIT is rather like the question for the city in general: an increasing population, with diminishing supply of available real estate. The challenge posed by this studio was to future proof the needs of the institution by designing a ‘vertical campus’, on a CBD site, that provides for the current and projected needs of the University. The studio methodology used the Surrealist process of the ‘exquisite corpse’ to engage with ideas about the city folding in to the campus.

The final project is a narrative architecture authored by three hands that refer simultaneously to three characters in the archetypal love triangle and the divergent identities that comprise the university. The narrative is broken into five acts that are read vertically on the tower separated by intermissions. The characters and the nature of their interactions are reflected in the architectural outcome producing an exquisite and rich tapestry of meaning.