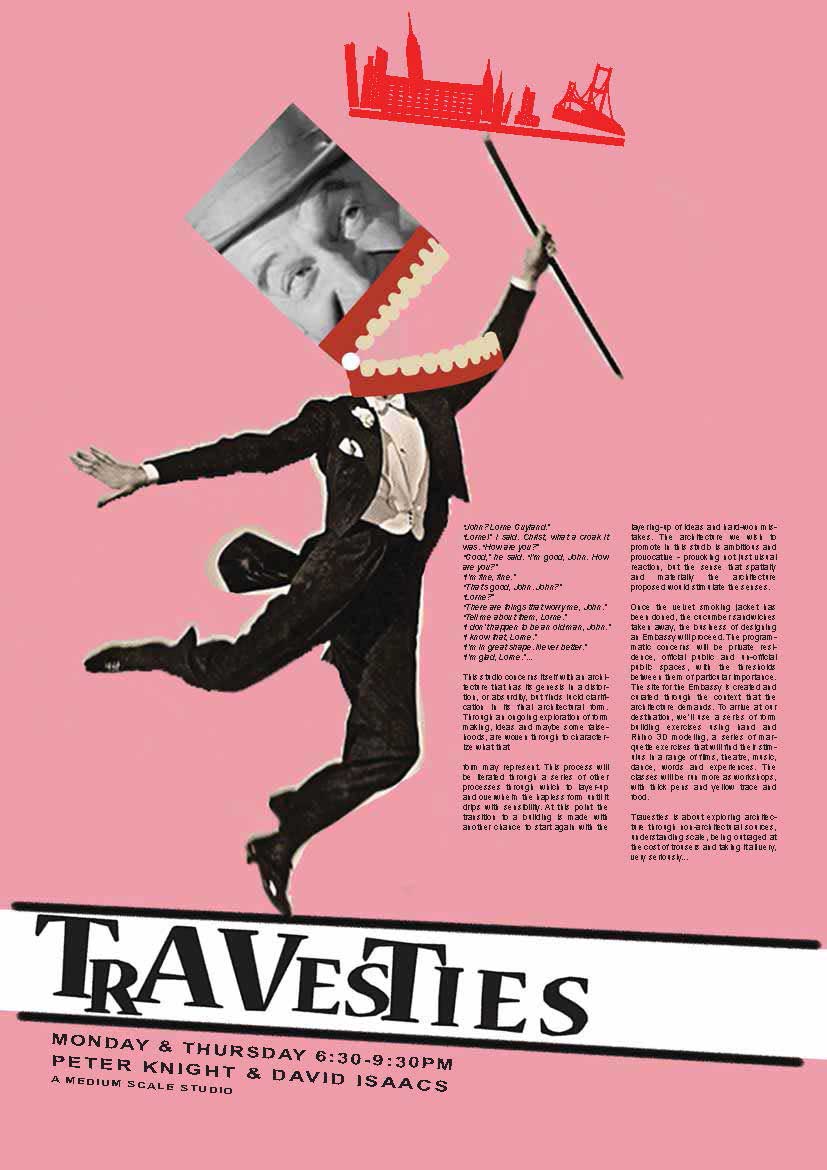 This studio concerns itself with an architecture that has its genesis in a distortion, or absurdity, but finds lucid clarification in its final architectural form. Through an ongoing exploration of form making, ideas and maybe some falsehoods, are woven through to characterize what that form may represent. This process will be iterated through a series of other processes through which to layer-up and overwhelm the hapless form until it drips with sensibility. At this point the transition to a building is made with
another chance to start again with the layering-up of ideas and hard-won mistakes.
The architecture we wish to promote in this studio is ambitious and provocative – provoking not just visual reaction, but the sense that spatially and materially the architecture proposed would stimulate the senses.

Once the velvet smoking jacket has been doned, the cucumber sandwiches taken away, the business of designing an Embassy will proceed. The programmatic concerns will be private residence, official public and un-official public spaces, with the thresholds
between them of particular importance. The site for the Embassy is created and
curated through the context that the architecture demands. To arrive at our destination, we’ll use a series of form building exercises using hand and Rhino 3D modeling, a series of marquette exercises that will find their stimulus in a range of films, theatre, music, dance, words and experiences. The classes will be run more as workshops,
with thick pens and yellow trace and food.

Travesties is about exploring architecture through non-architectural sources, understanding scale, being outraged at the cost of trousers and taking it all very, very seriously…