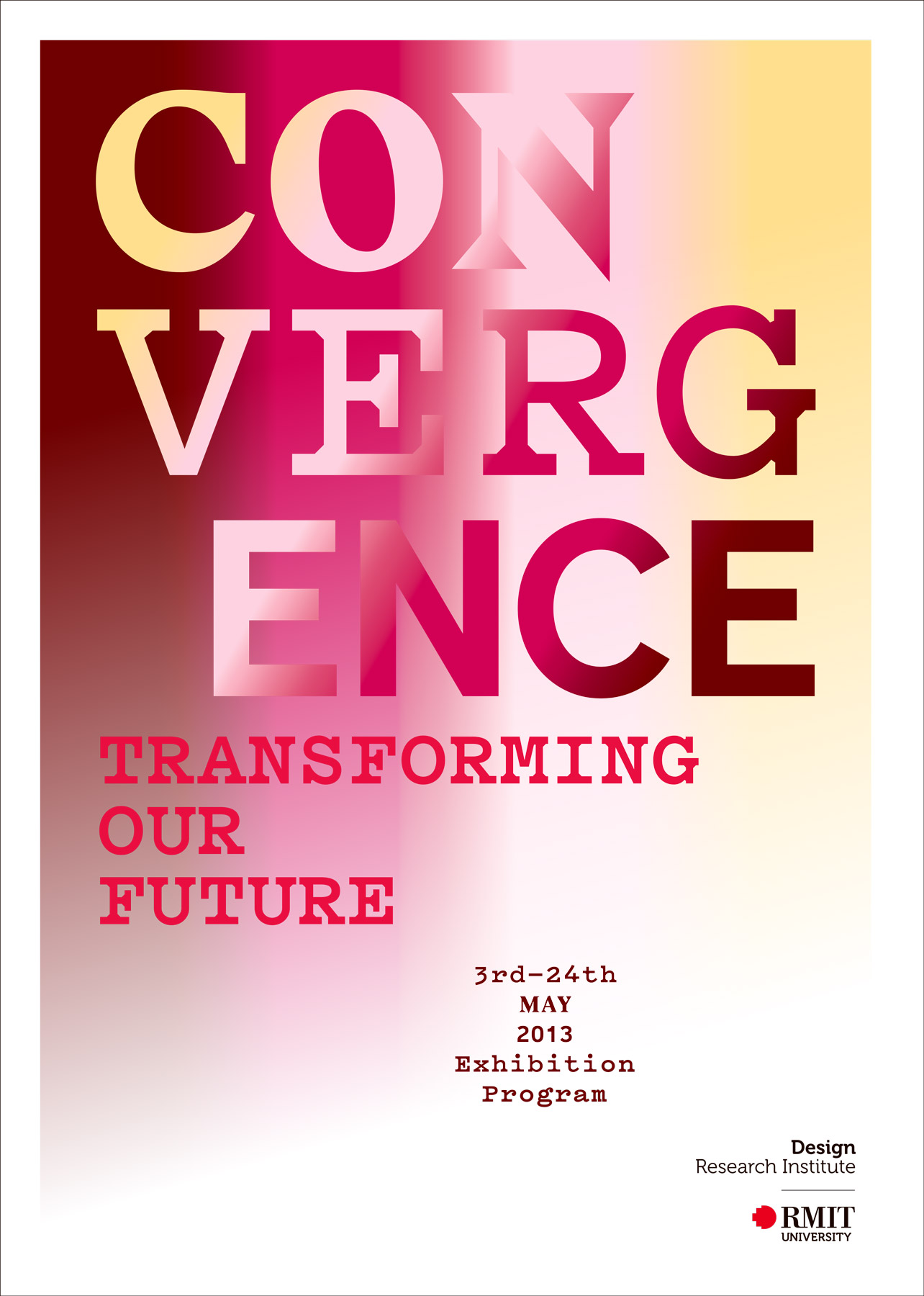 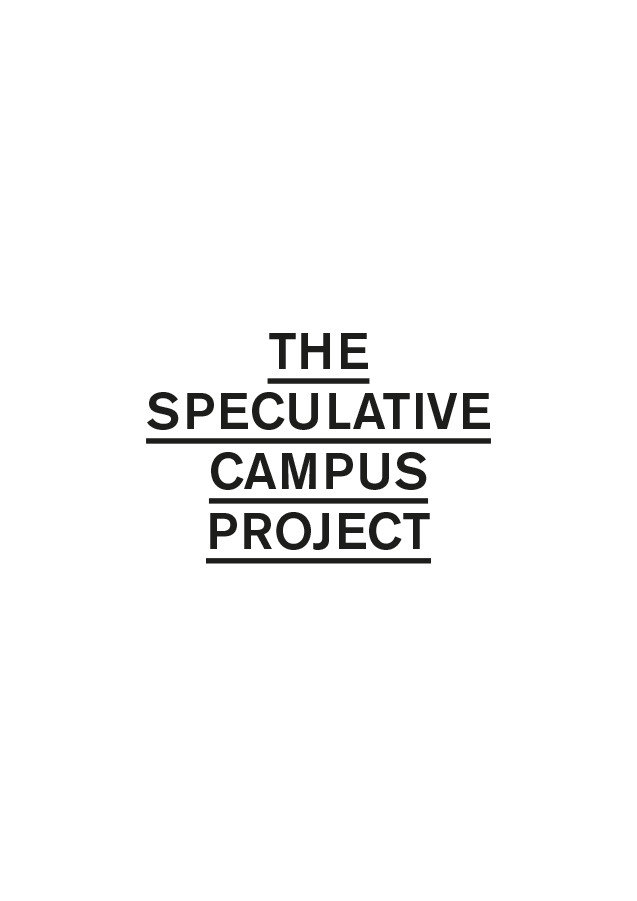 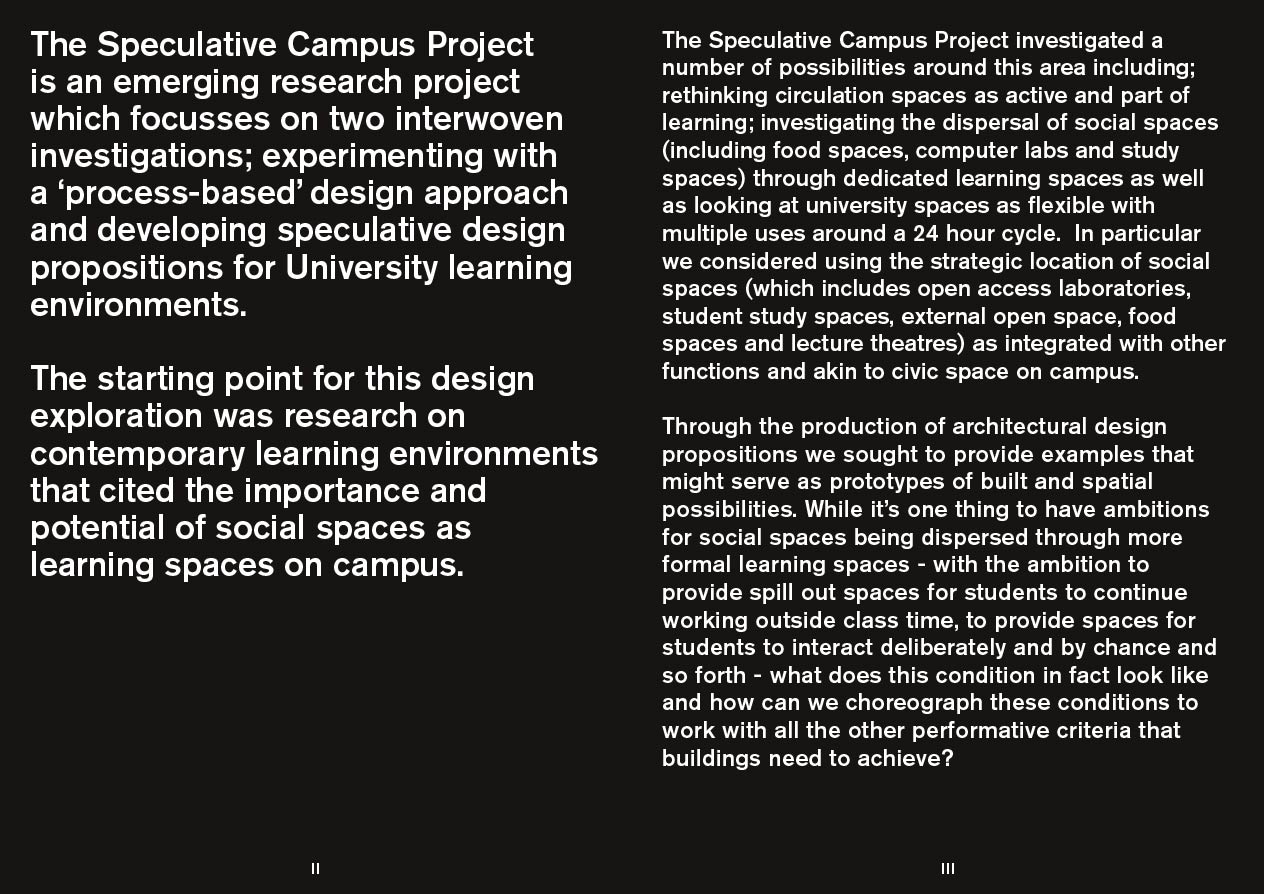 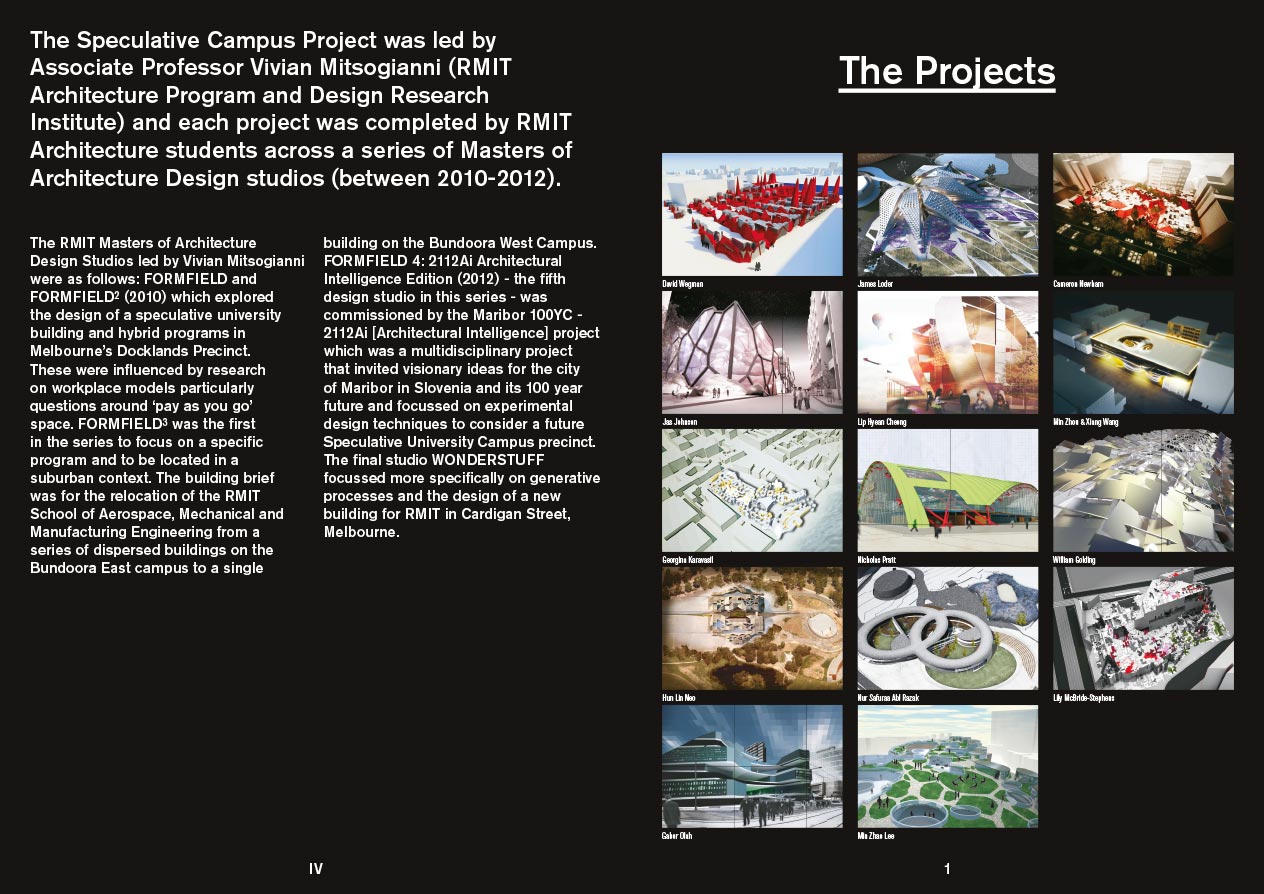 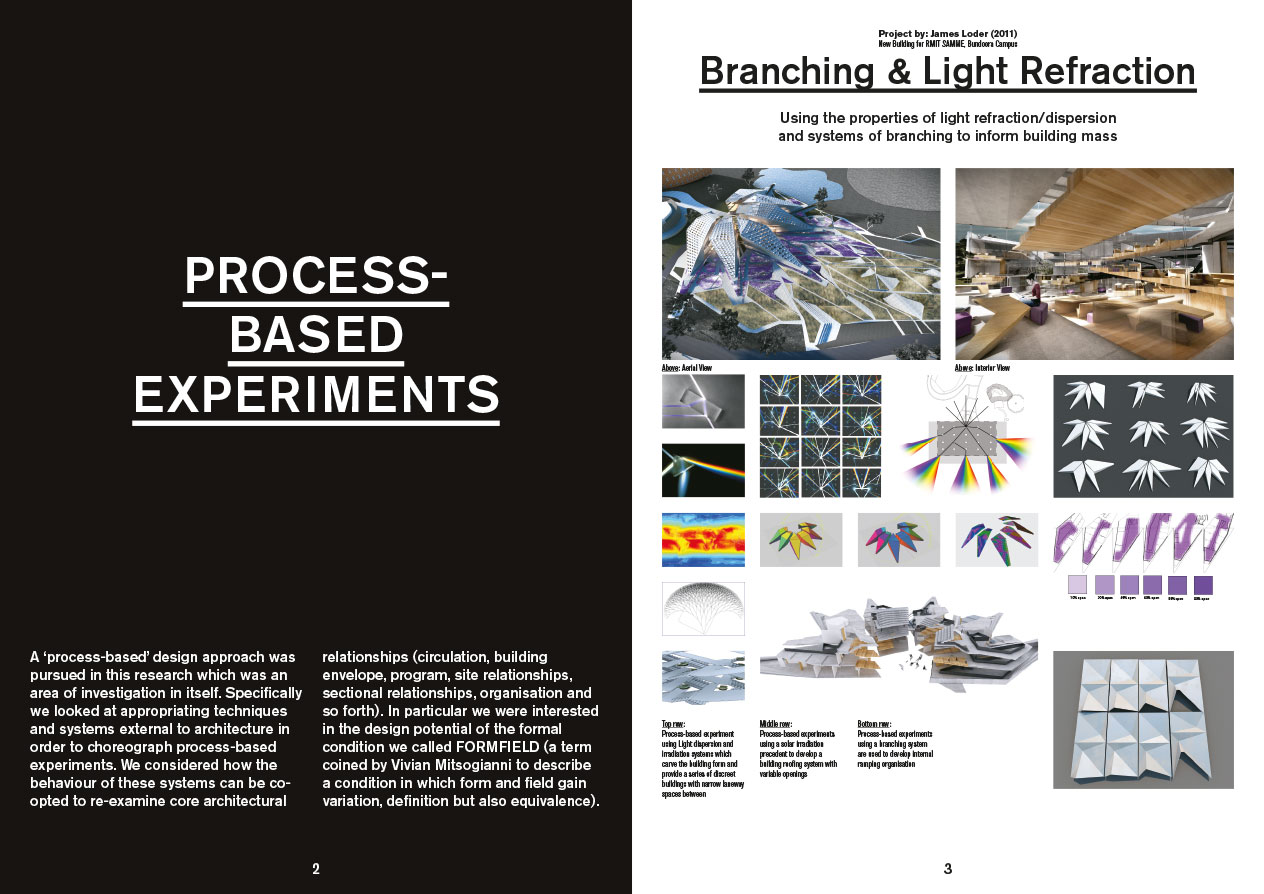 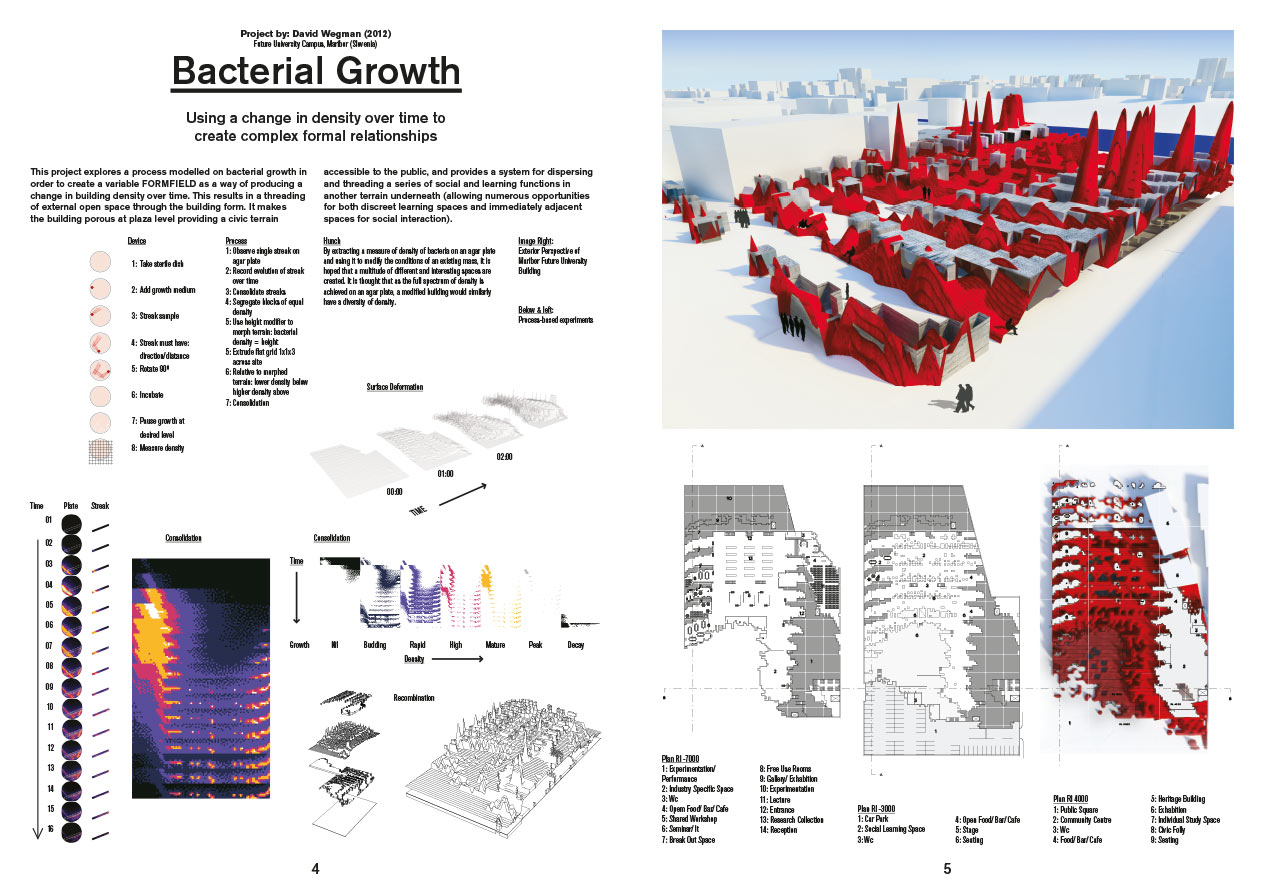 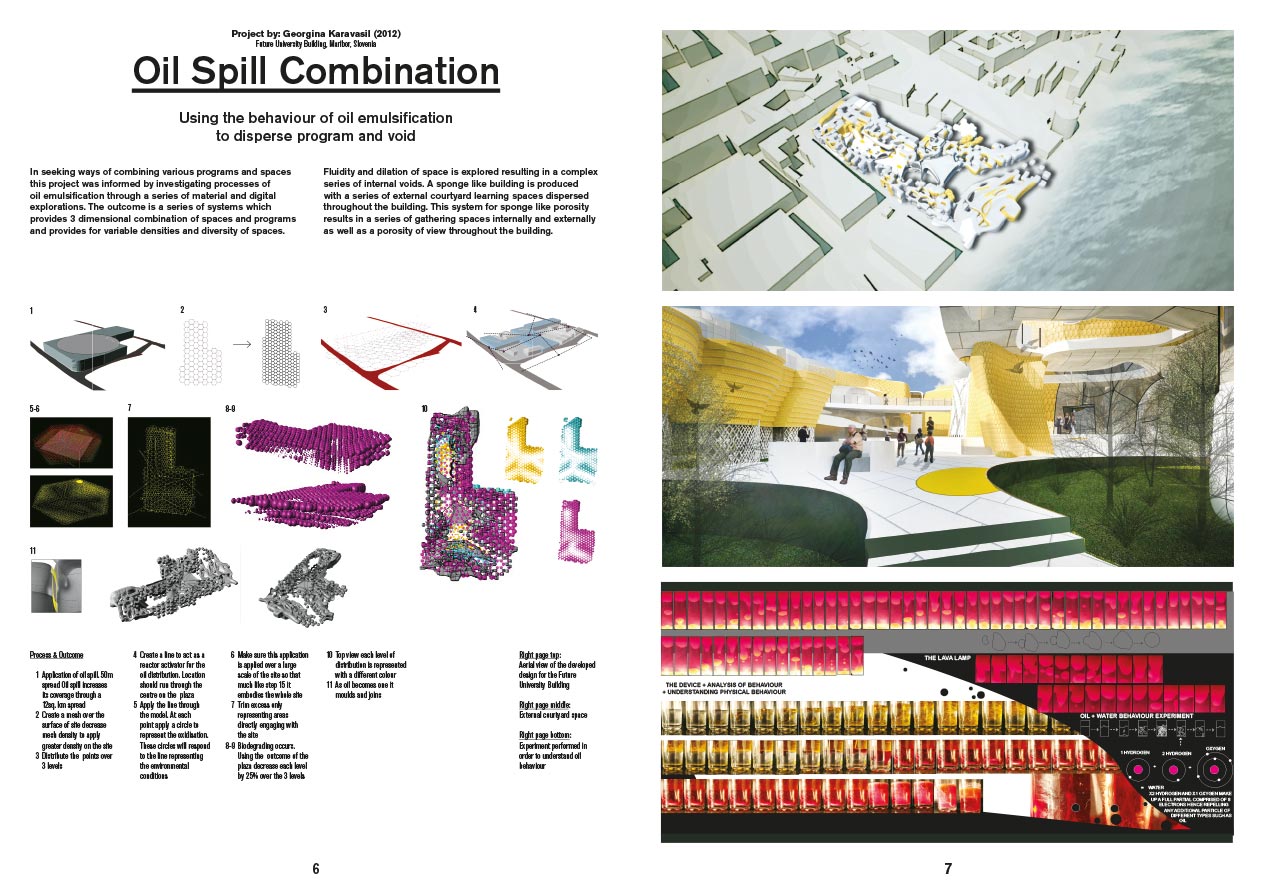 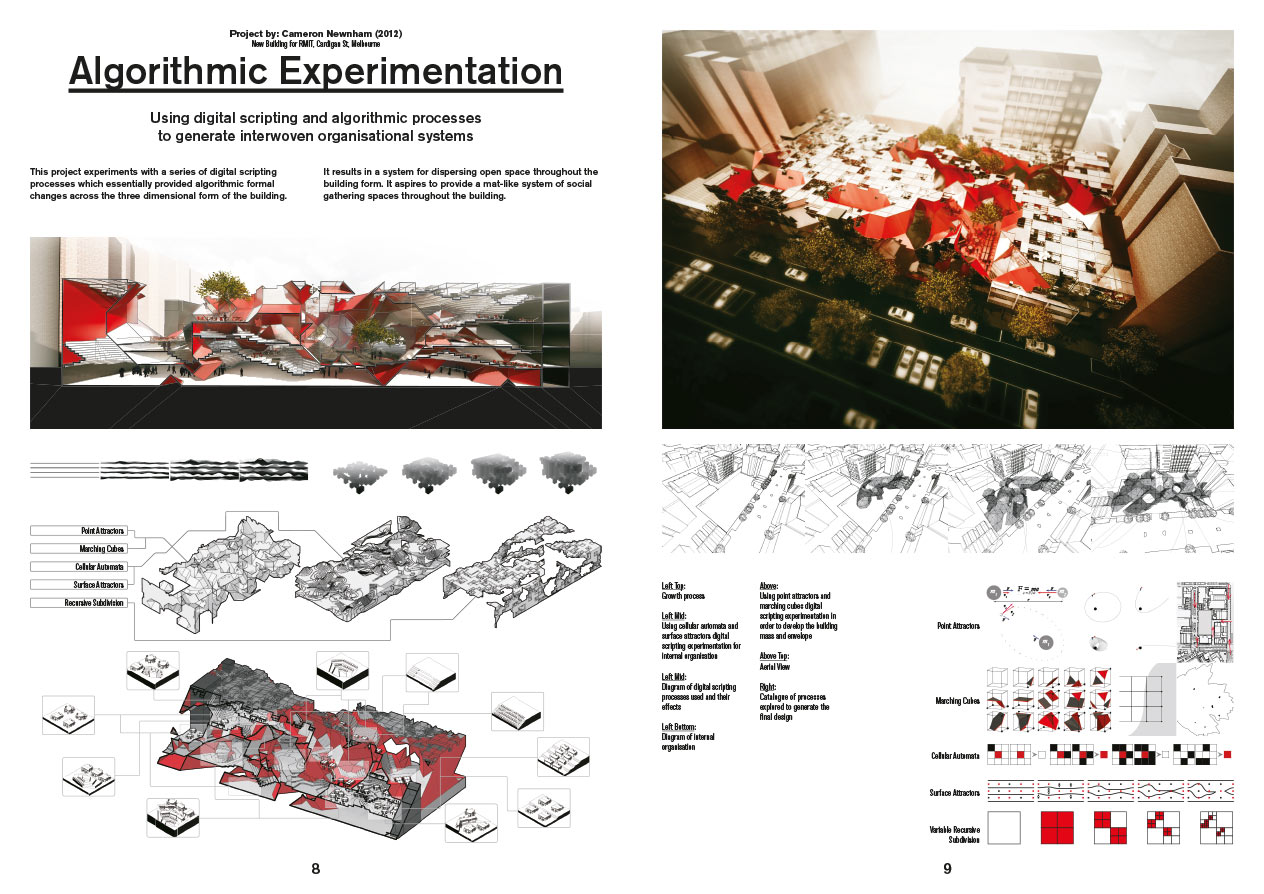 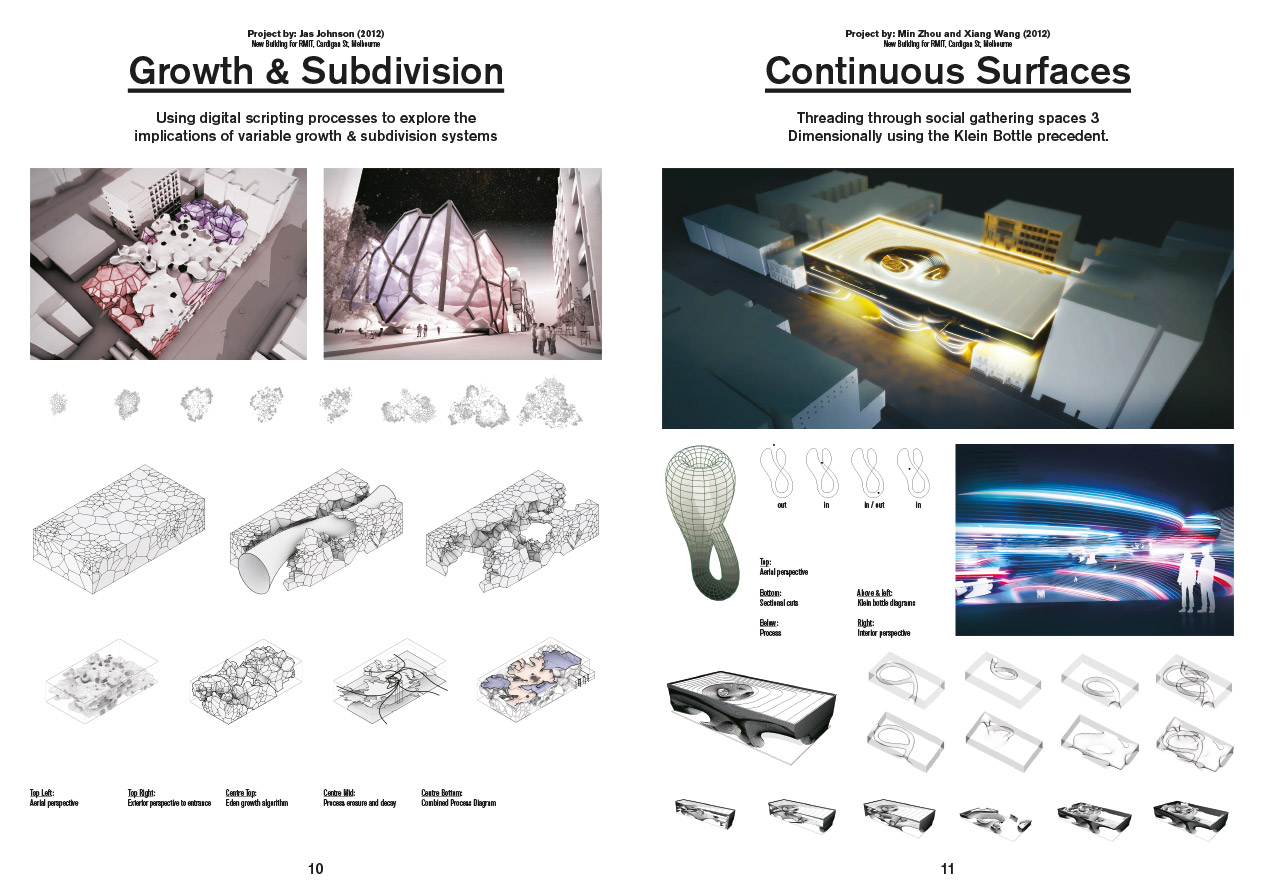 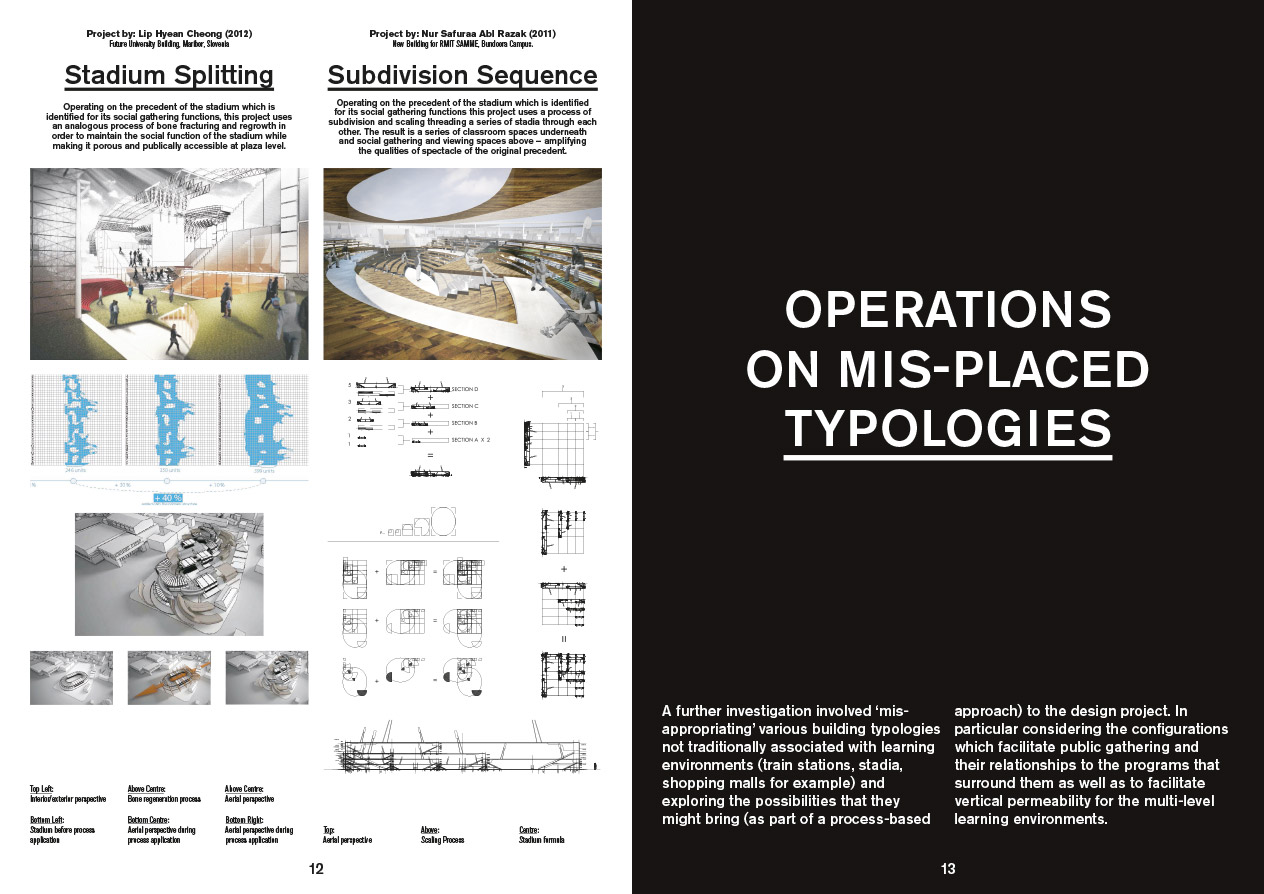 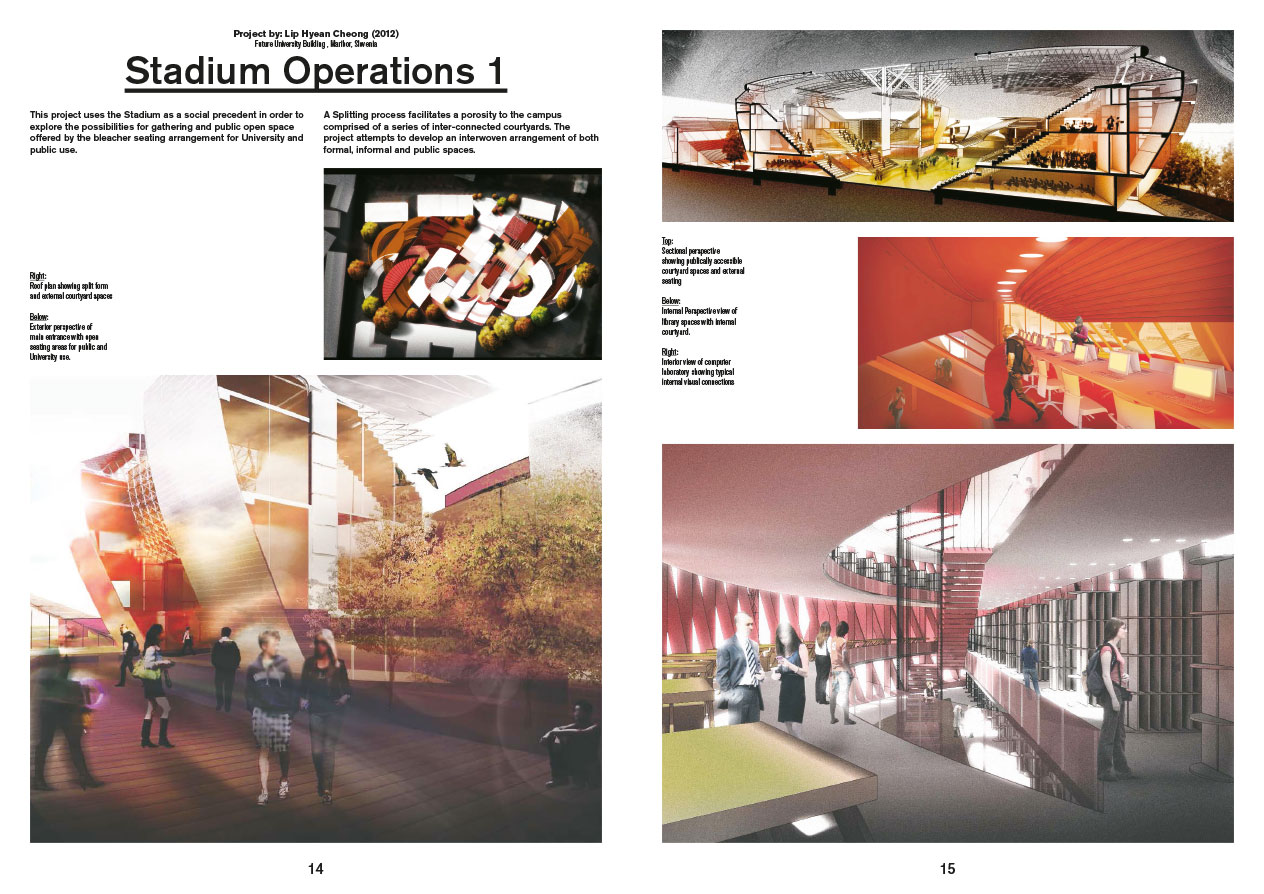 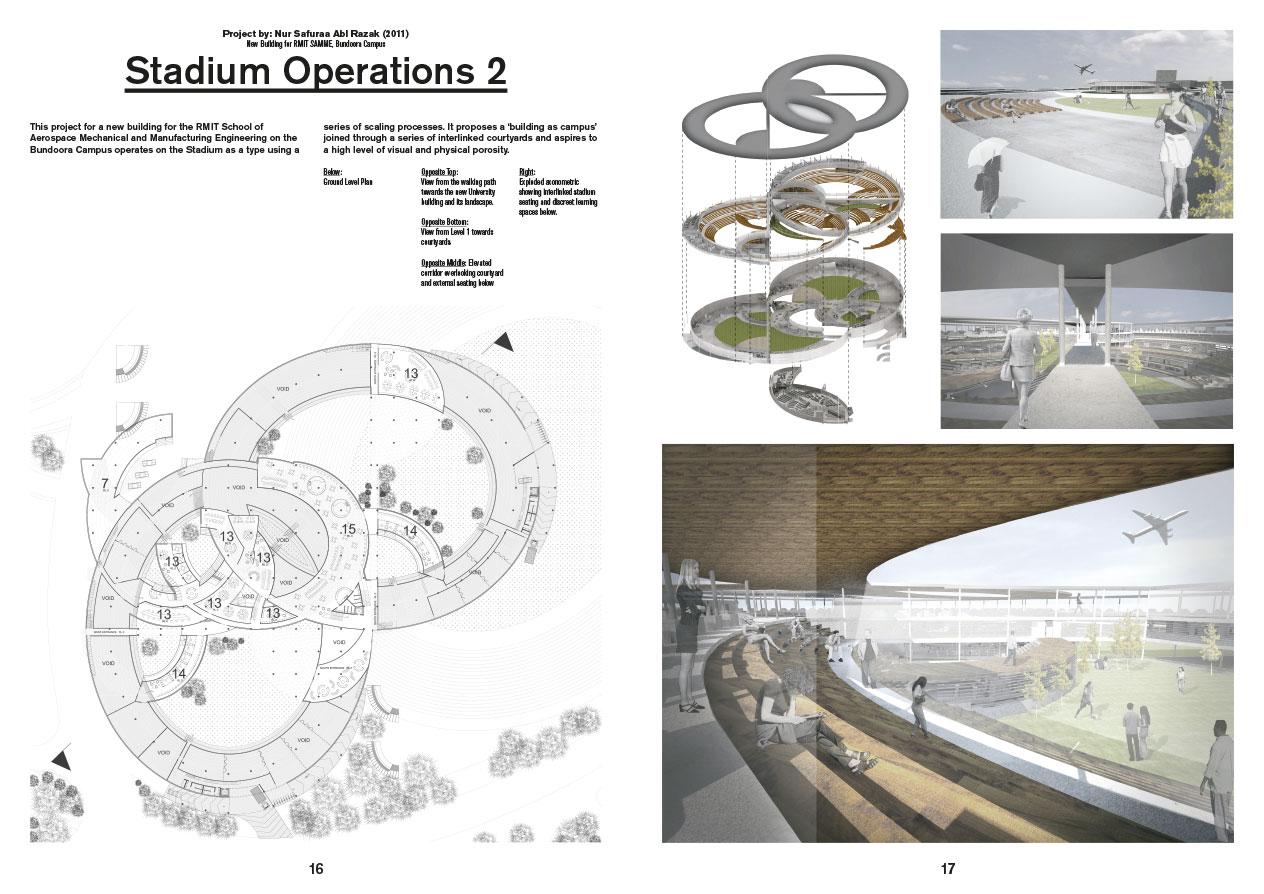 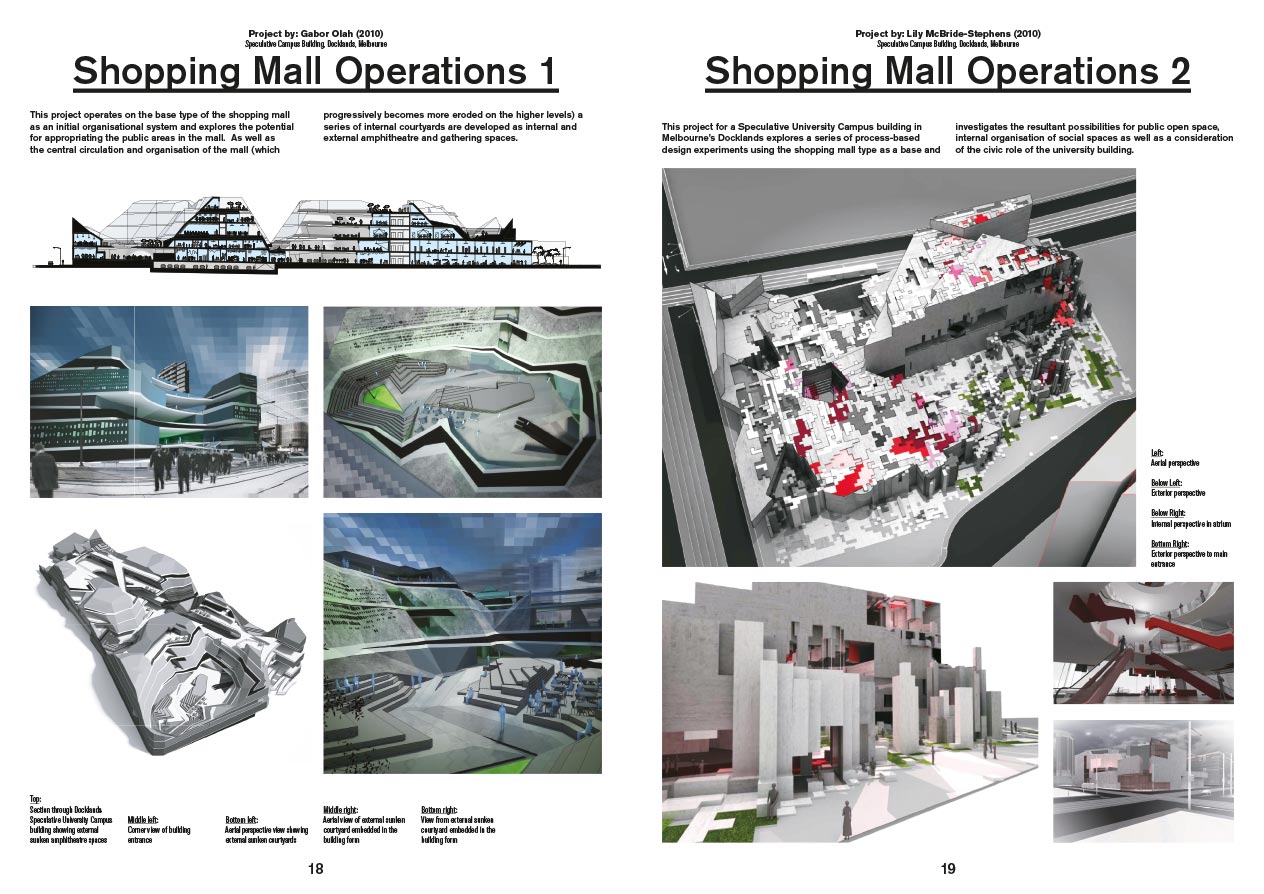 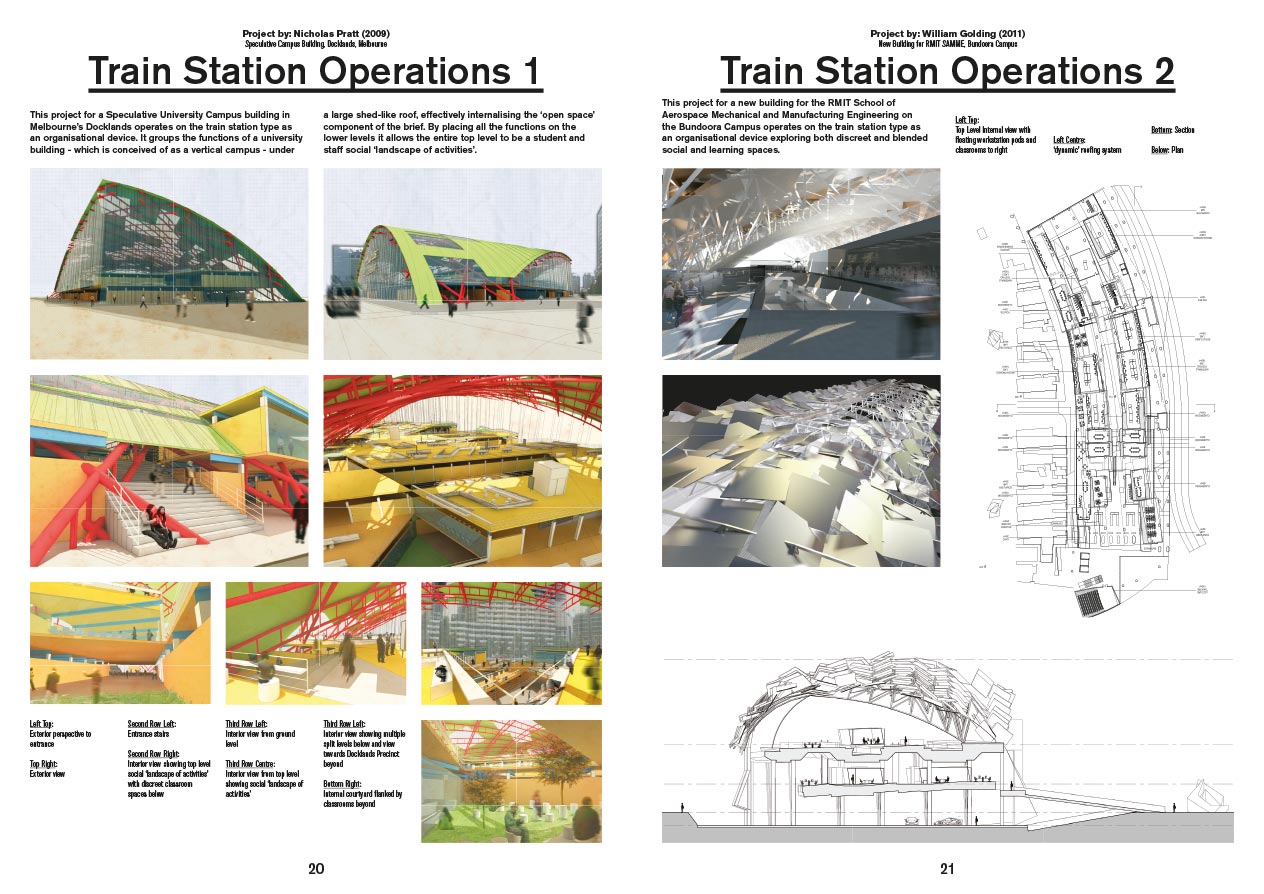 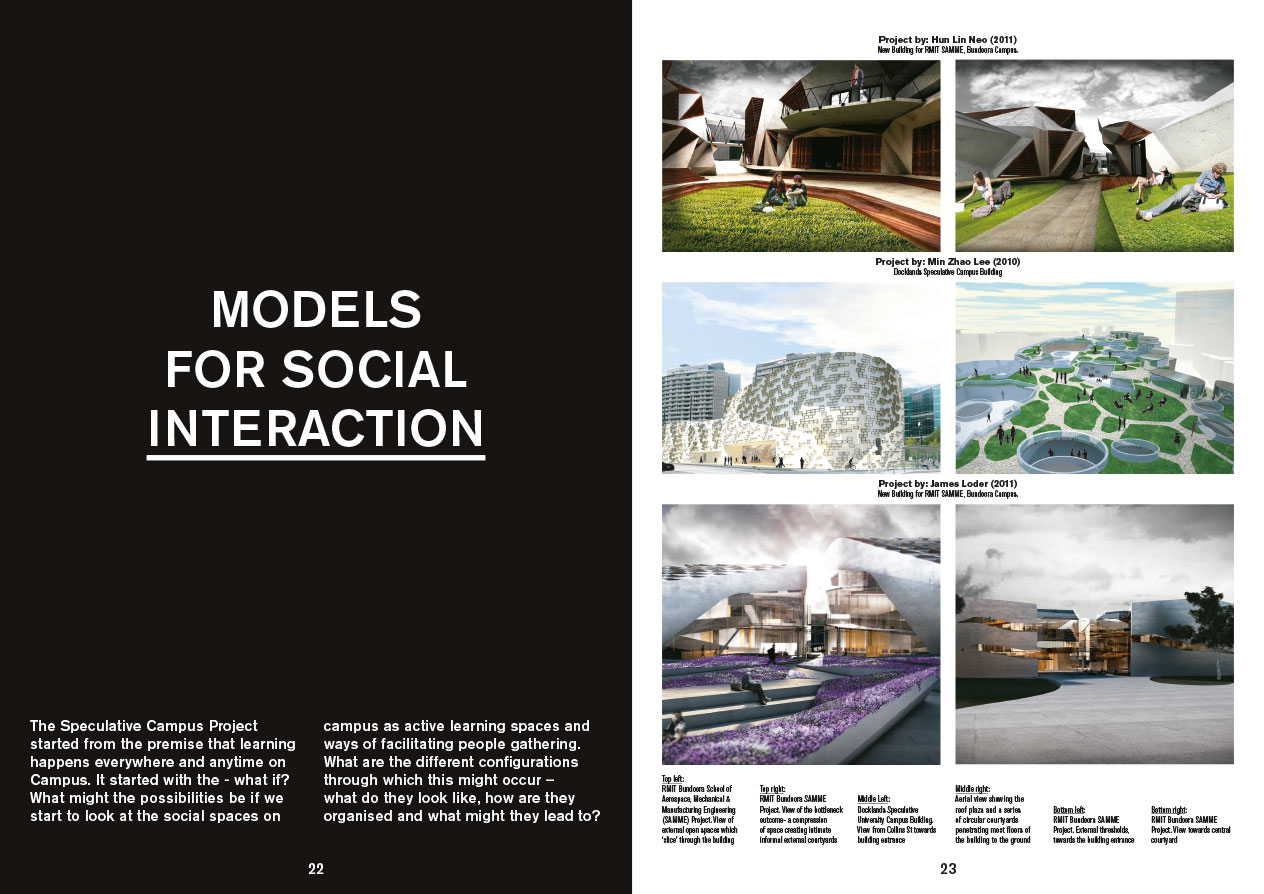 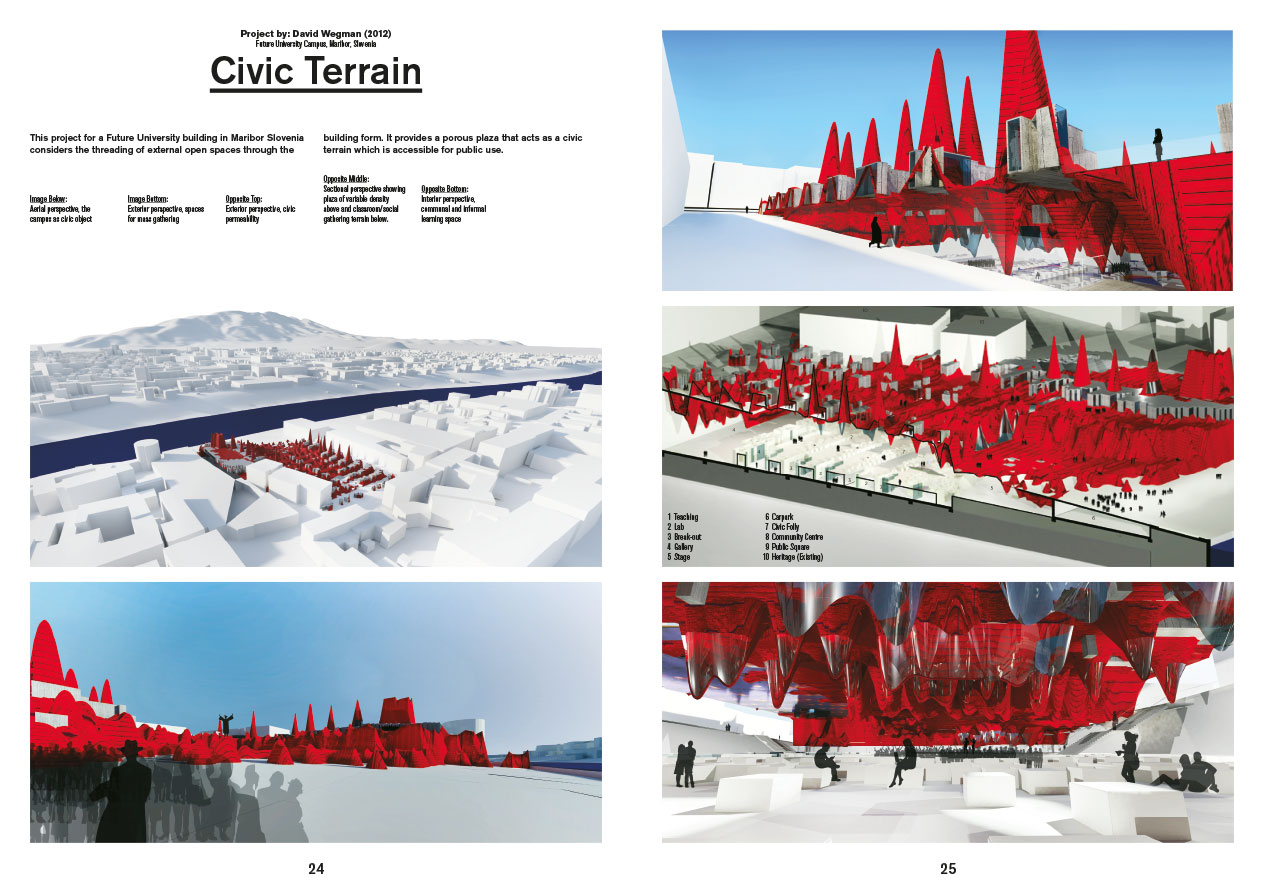 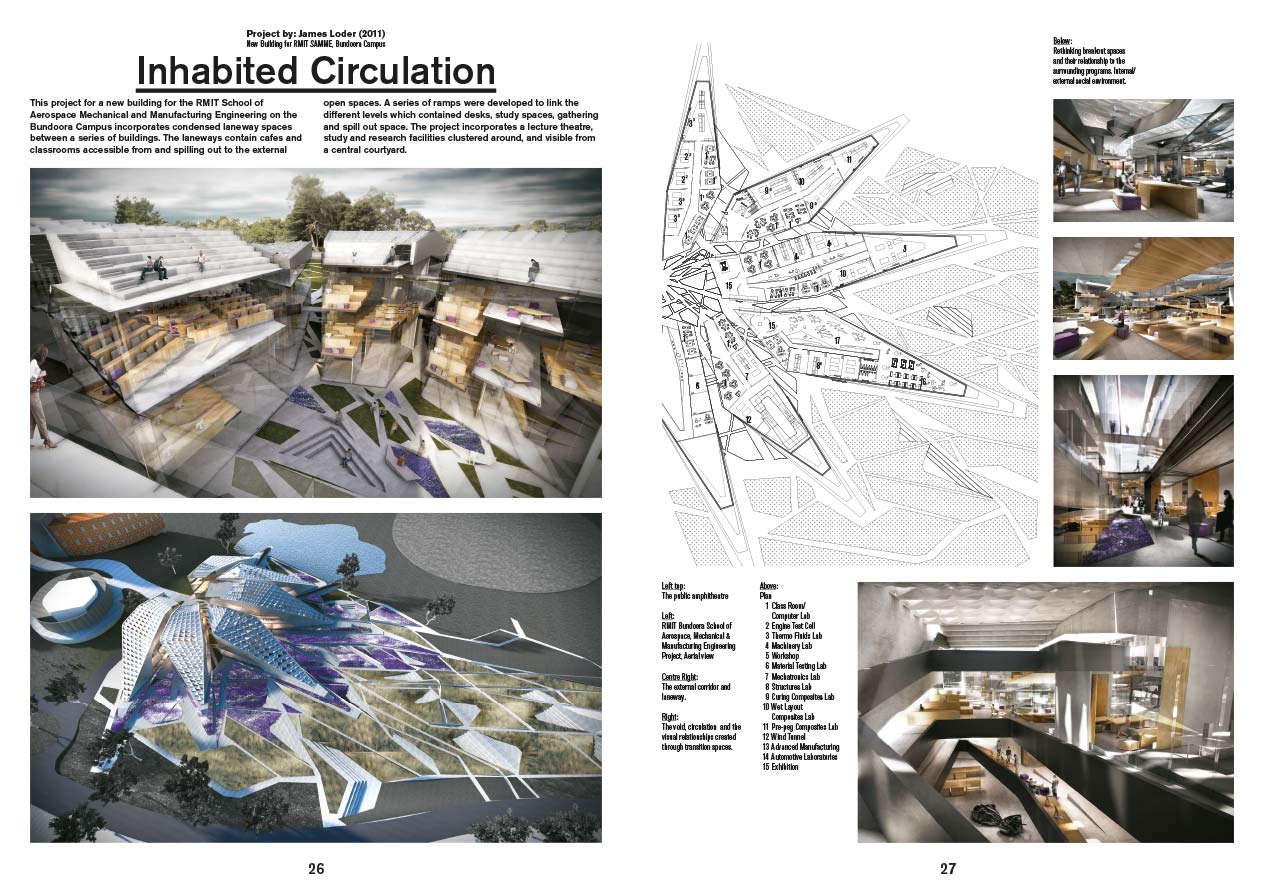 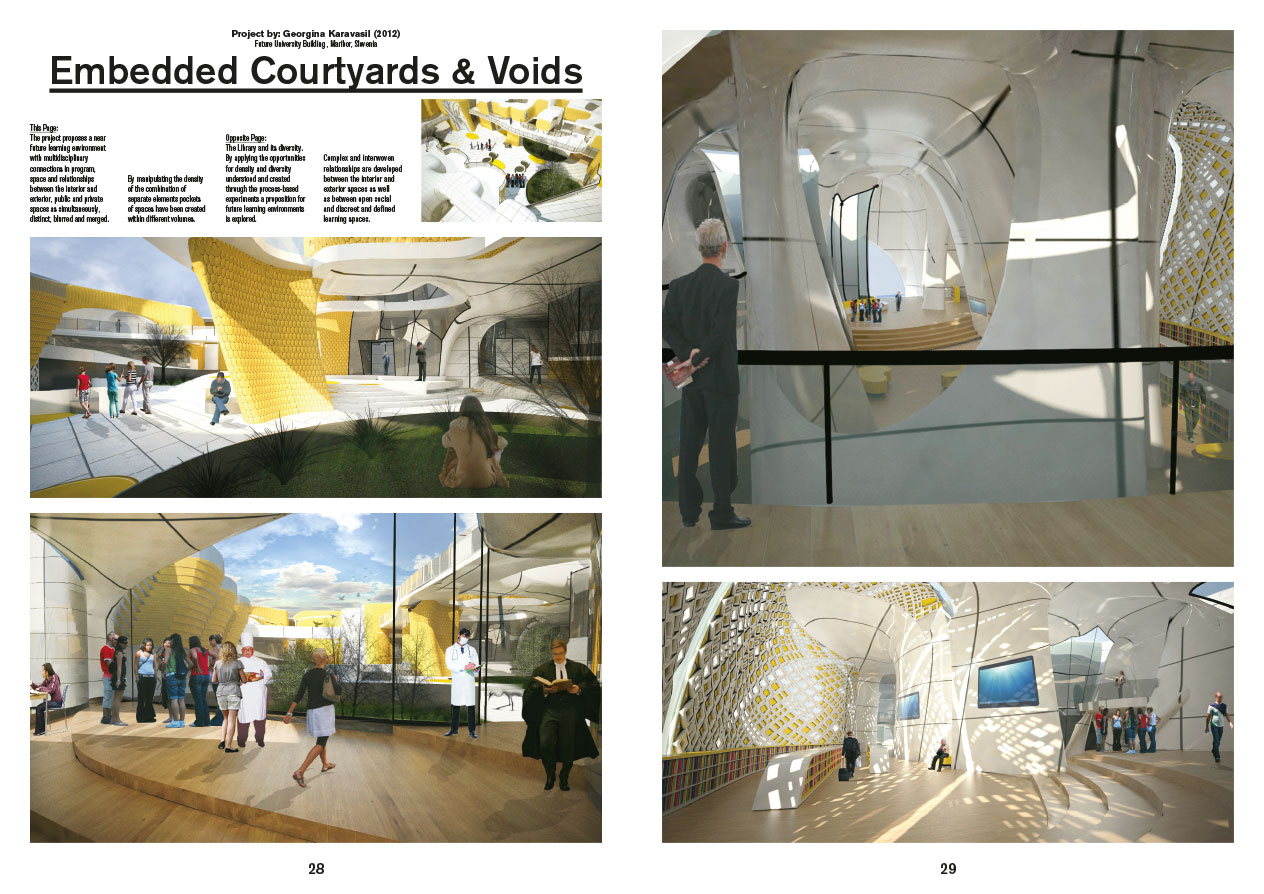 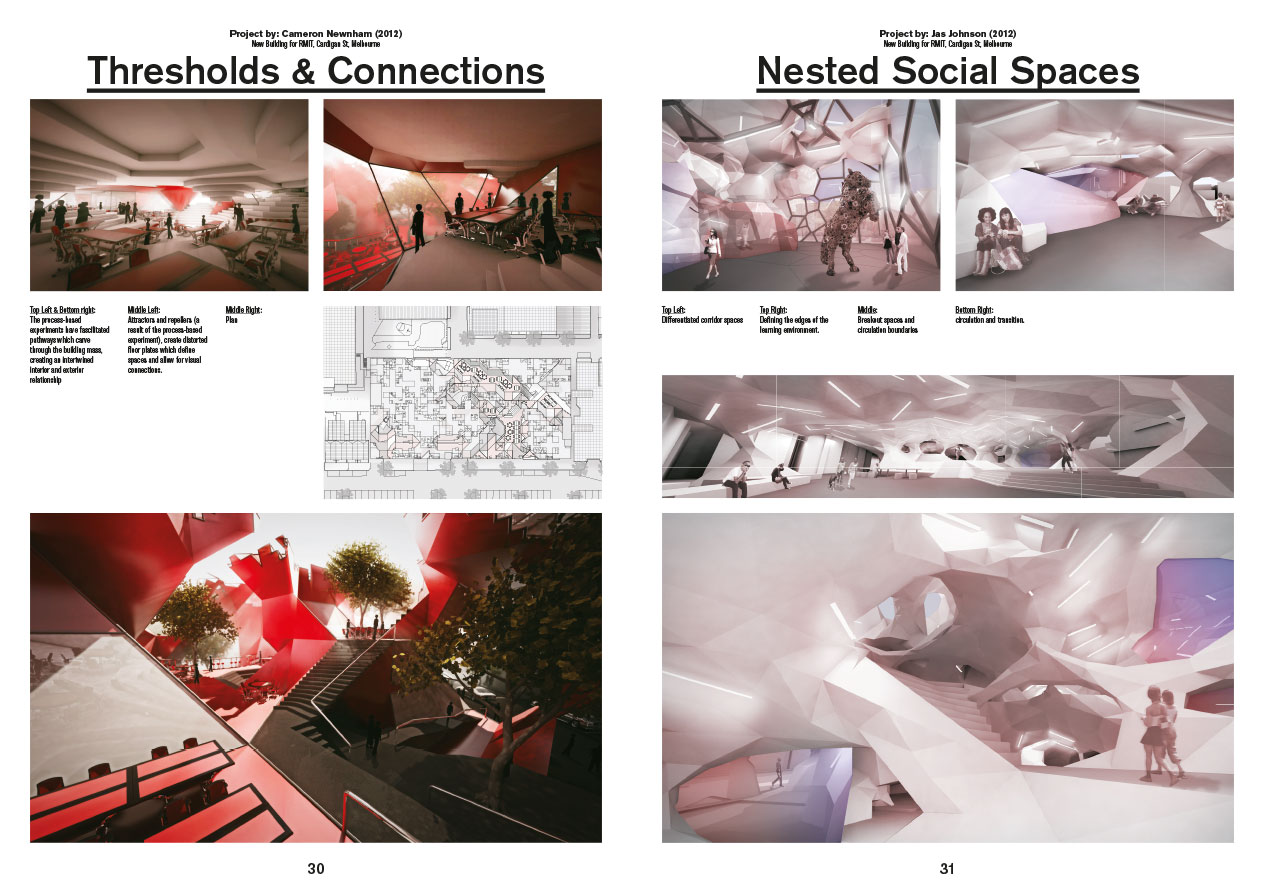 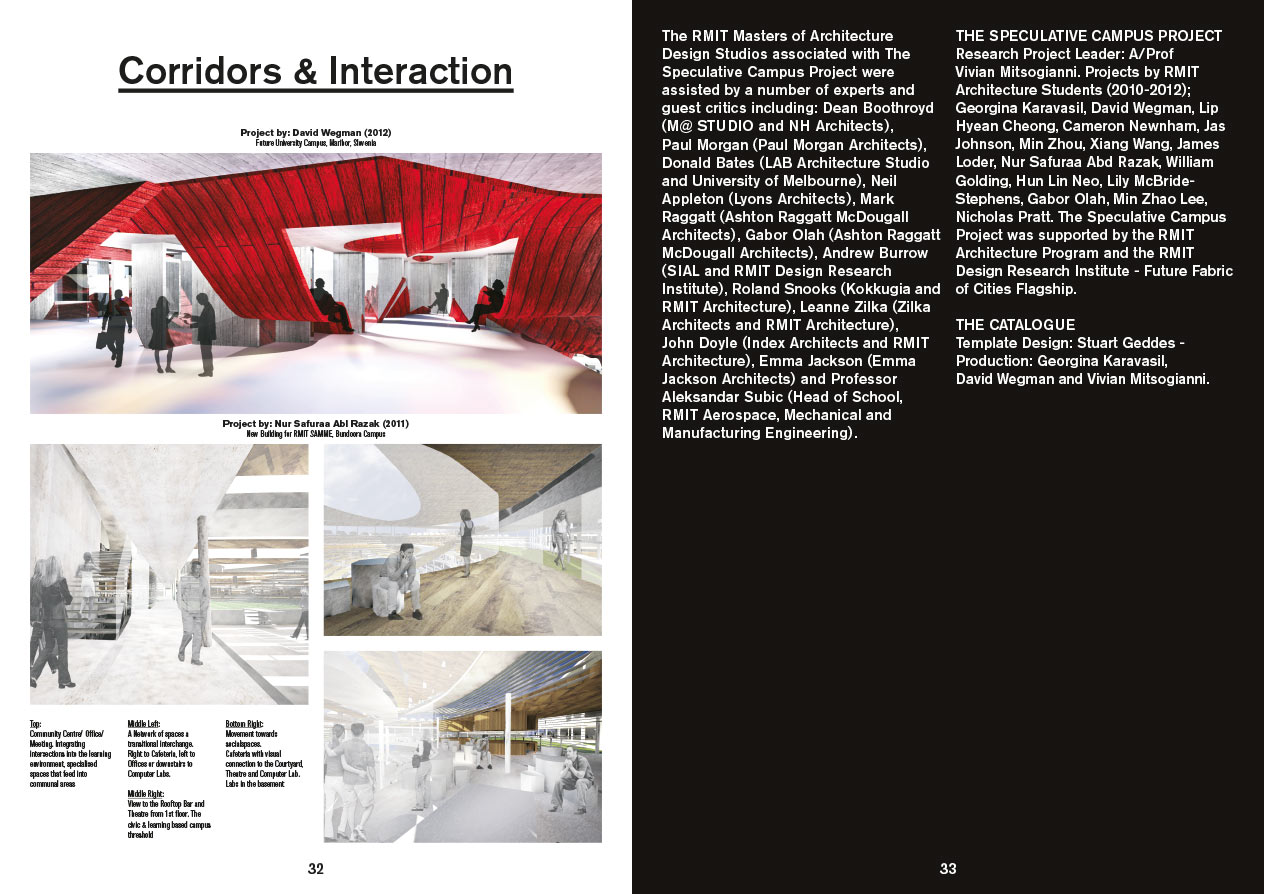 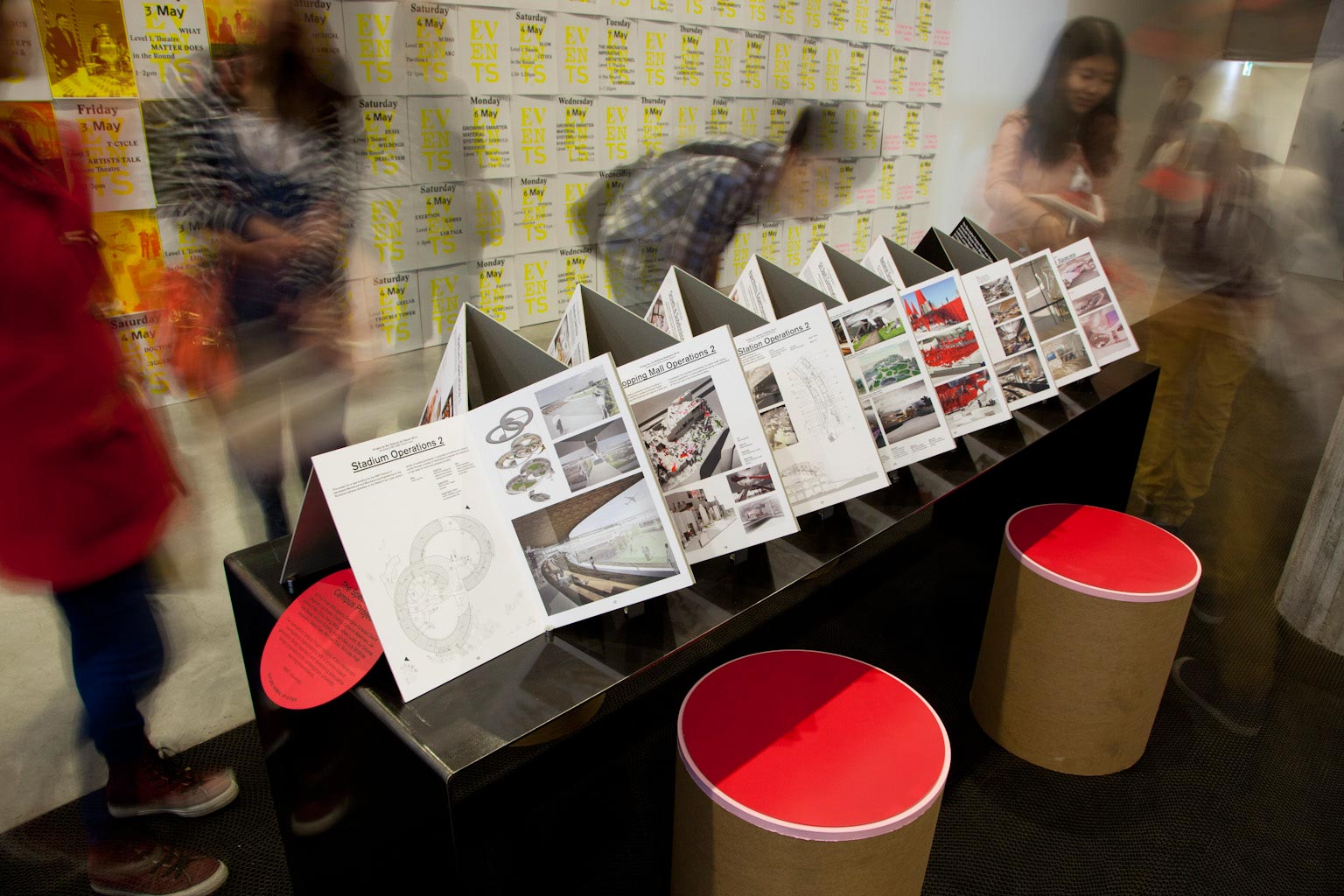 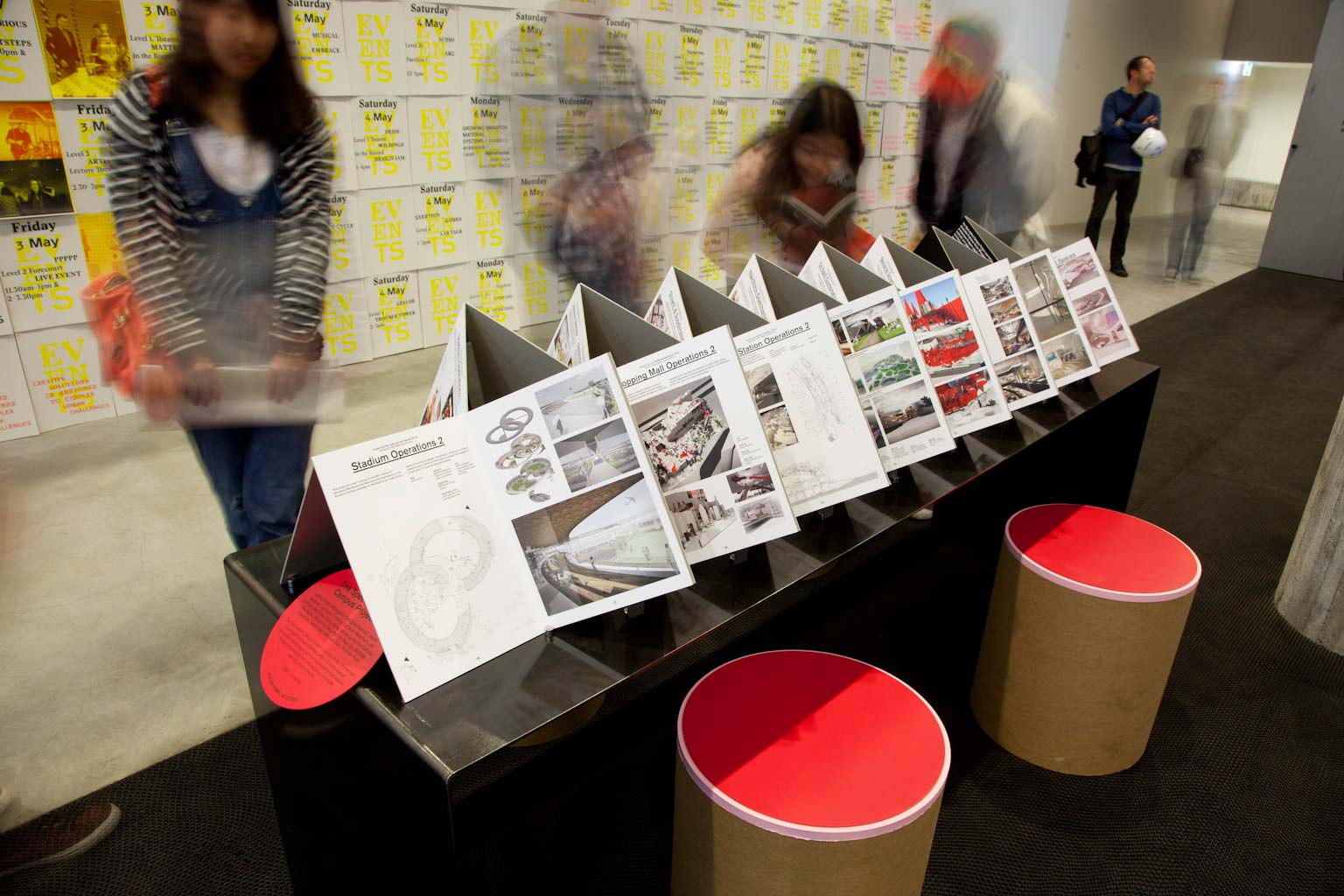 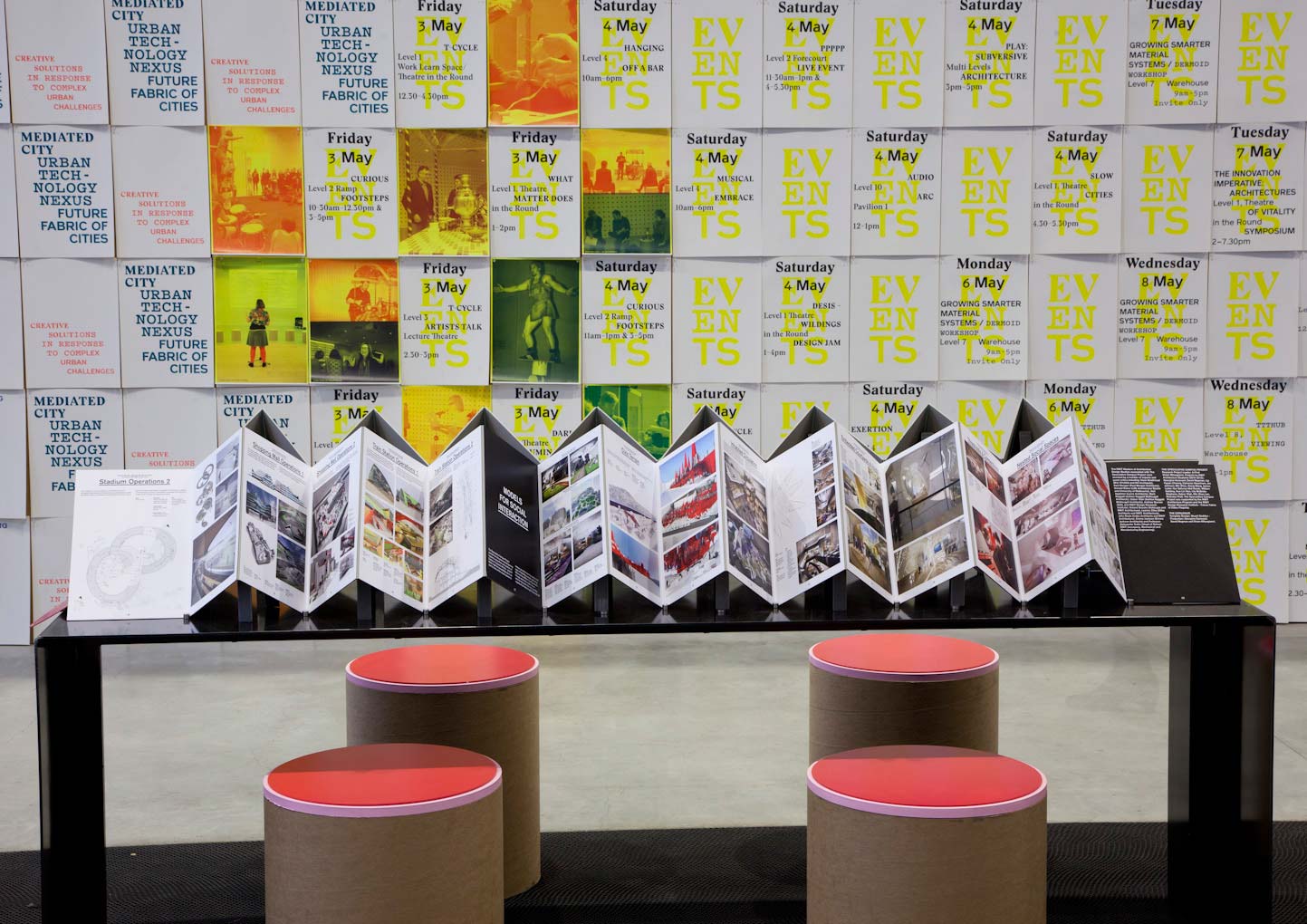 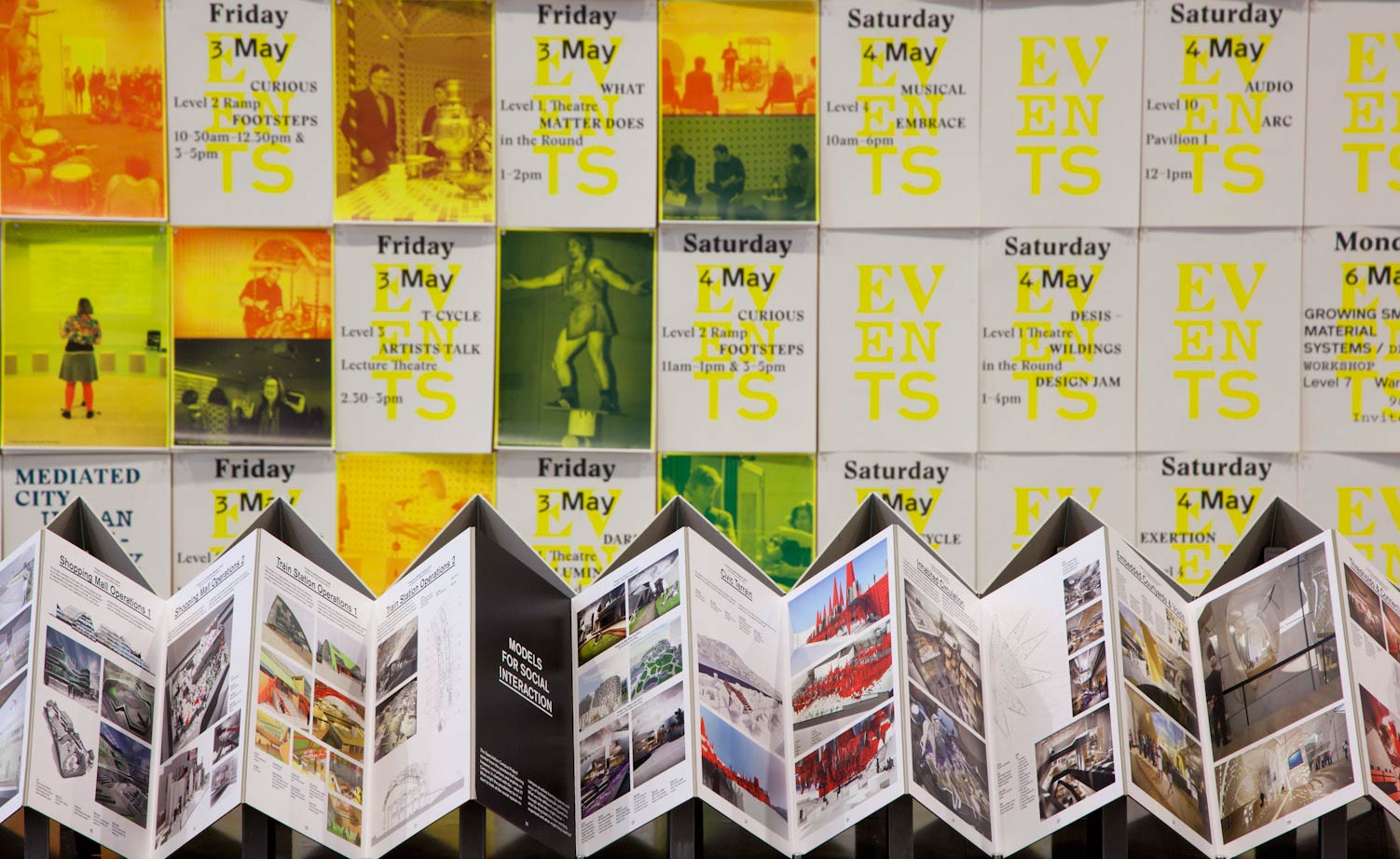 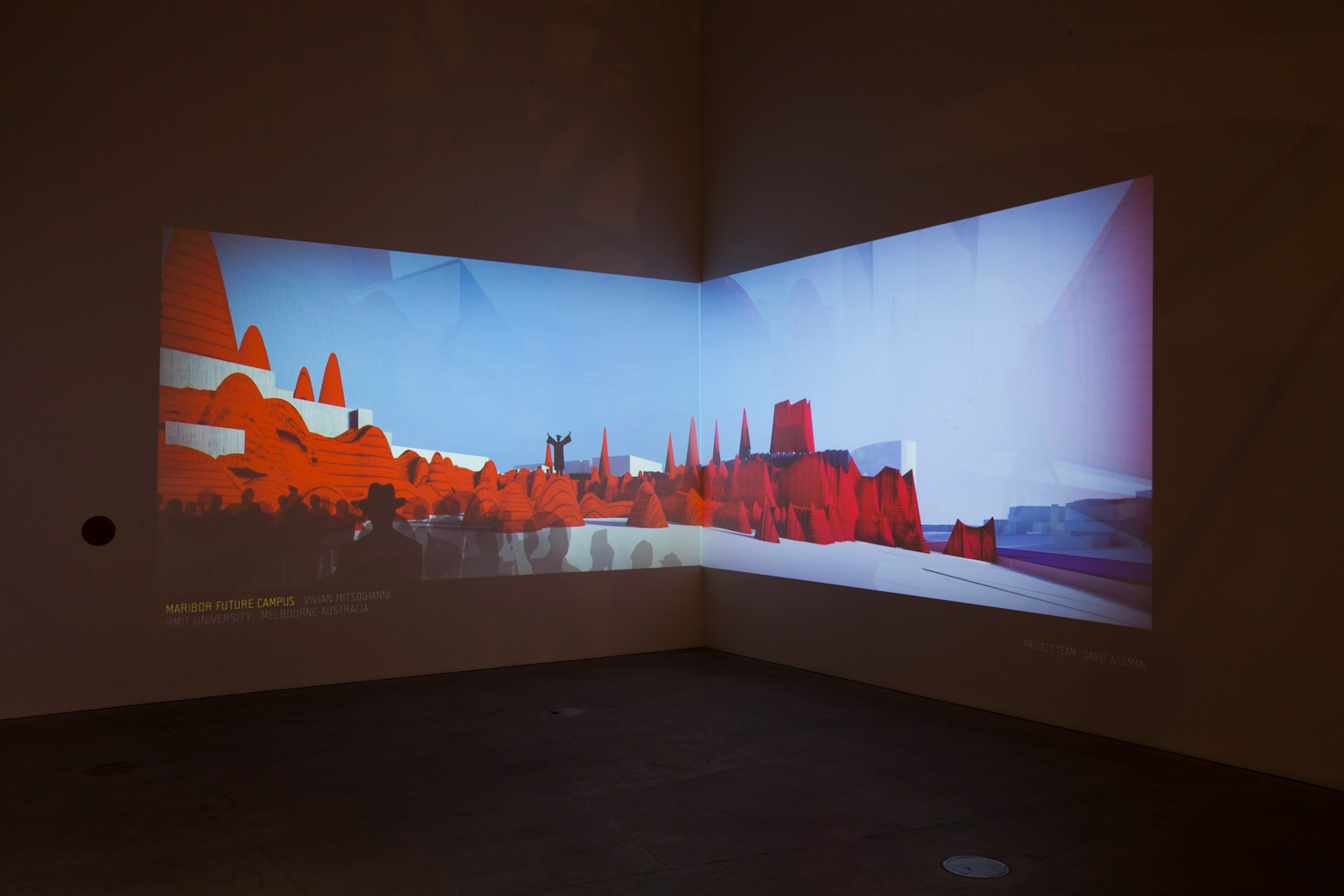 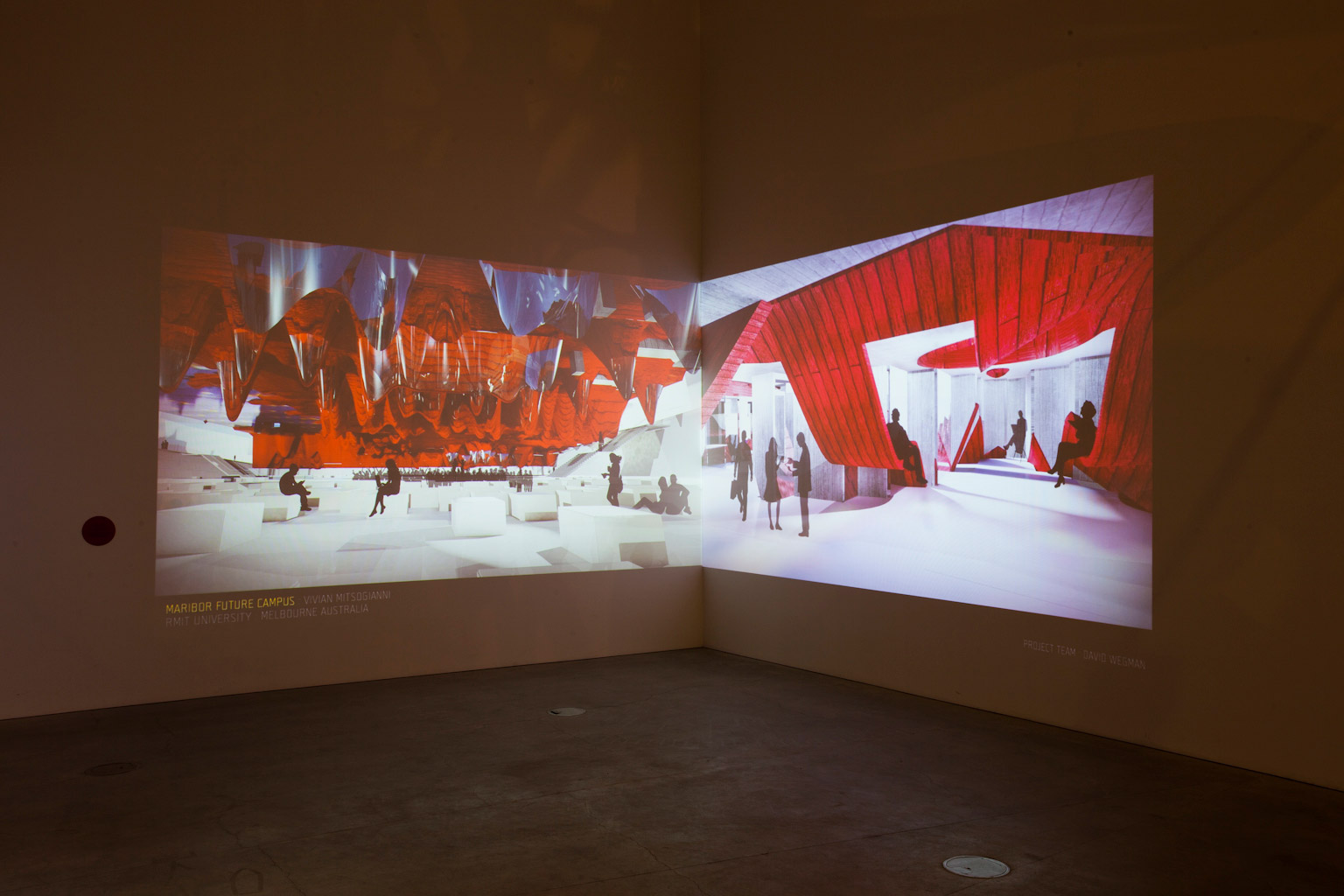 The Speculative Campus Project led by Vivian Mitsogianni and is an emerging research project which focusses on two interwoven investigations; experimenting with a ‘process-based’ design approach and developing speculative design propositions for University learning environments.  This project uses as its base point of departure existing research with cites the importance and potential of social spaces as learning spaces on campus and asks what the possibilities might be if these were the dominant type.  The project was run through a series of Masters of Architecture Design Studios in the RMIT Architecture program and investigated a number of possibilities around this area including: rethinking circulation spaces as active and part of learning and using the strategic location of social spaces as integrated with other functions and akin to civic space on campus.

Through the production of architectural design propositions we sought to provide examples that might serve as prototypes of built and spatial possibilities.

The exhibition showcased projects completed in a series of research led design studios led by Vivian Mitsogianni with RMIT Master of Architecture students (between 2010-2012).  These include: FORMFIELD and FORMFILED2 (2010) which explored the design of a speculative university building and hybrid programs in Melbourne’s Docklands Precinct.  These were influenced by research on workplace models particularly questions around ‘pay as you go’ space. FORMFILED3 was the first in the series to focus on a specific program and to be located in a suburban context. The building brief was for the relocation of the RMIT School of Aerospace Mechanical and Manufacturing Engineering from a series of dispersed buildings on the Bundoora east campus to a single building on the Bundoora West campus.  FORMFILED 4: 2112ai Architectural Intelligence Edition (2012) – the fifth design studio in this series – was commissioned by the Maribor 100Yc -2112ai [Architectural Intelligence] project which was a multidisciplinary project that invited visionary ideas for the city of Maribor in Slovenia and its 100 year future and focussed on experimental design techniques to consider a future Speculative University Campus precinct.  The final studio WONDERSTUFF focussed more specifically on generative processes and the design of a new building for RMIT in Cardigan Street, Melbourne.

Convergence was the RMIT Design Research Institute Major Exhibition in 2013. Vivian Mitsogianni was the founding research leader of the Future Fabric of Cities Flagship program in the RMIT DRI (2009-2013) and curated the DRI FFC component of the exhibition. ,The exhibition and event program (curated by Fleur Watson and Ewan McEwan) activated the  exhibition spaces of the RMIT Design Hub with inspirational exhibition, installation, sound, projection, products, models, communication design, presentations, workshops, symposia and performance direct from projects conducted around the world and highly refined large-scale models built using the latest technologies.