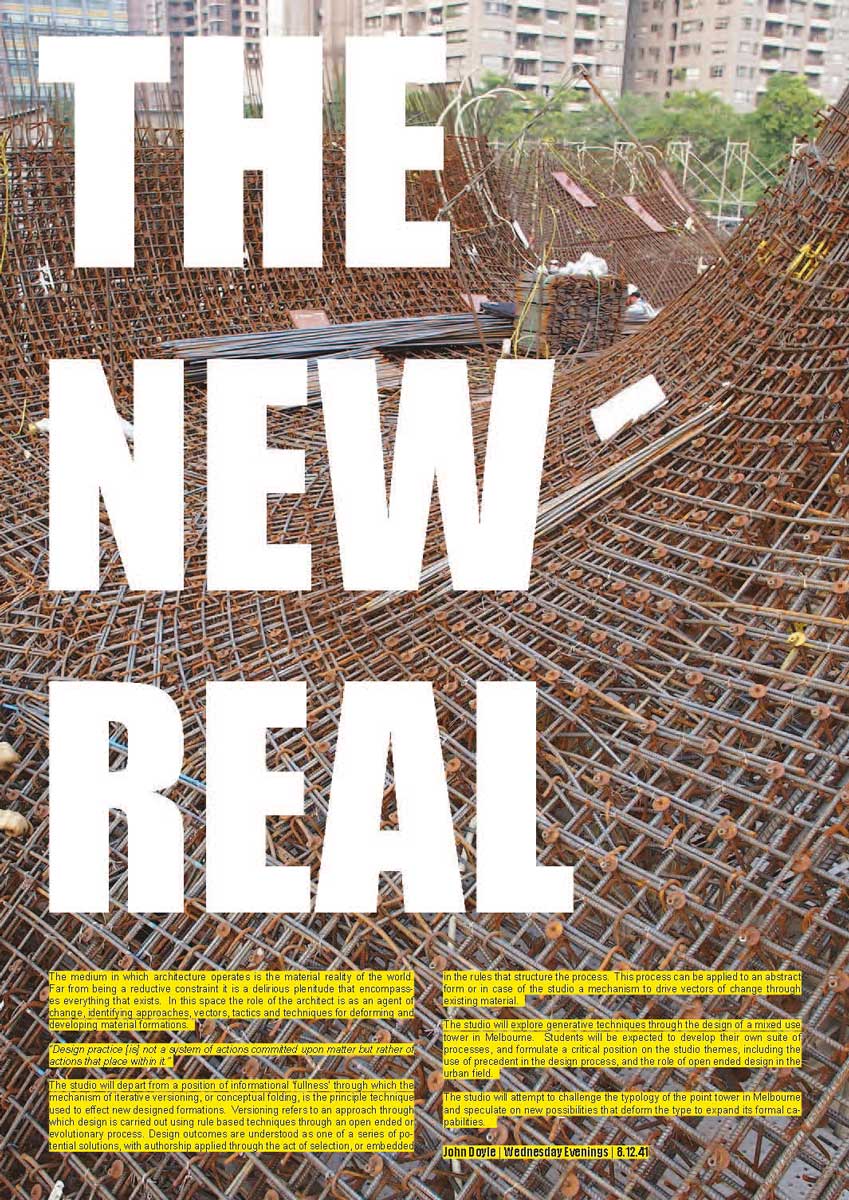 The medium in which architecture operates is the material reality of the world.  Far from being a reductive constraint it is a delirious plenitude that encompasses everything that exists. In this space the role of the architect is as an agent of change, identifying approaches, vectors, tactics and techniques for deforming and developing material formations.

“Design practice [is] not a system of actions committed upon matter but rather of actions that place within it.”

The studio will depart from a position of informational ‘fullness’ through which the mechanism of iterative versioning, or conceptual folding, is the principle technique used to effect new designed formations. Versioning refers to an approach through which design is carried out using rule based techniques through an open ended or evolutionary process. Design outcomes are understood as one of a series of potential solutions, with authorship applied through the act of selection, or embedded in the rules that structure the process. This process can be applied to an abstract form or in case of the studio a mechanism to drive vectors of change through existing material.

The studio will explore generative techniques through the design of a mixed use tower in Melbourne. Students will be expected to develop their own suite of processes, and formulate a critical position on the studio themes, including the use of precedent in the design process, and the role of open ended design in the urban field.

The studio will attempt to challenge the typology of the point tower in Melbourne and speculate on new possibilities that deform the type to expand its formal capabilities.