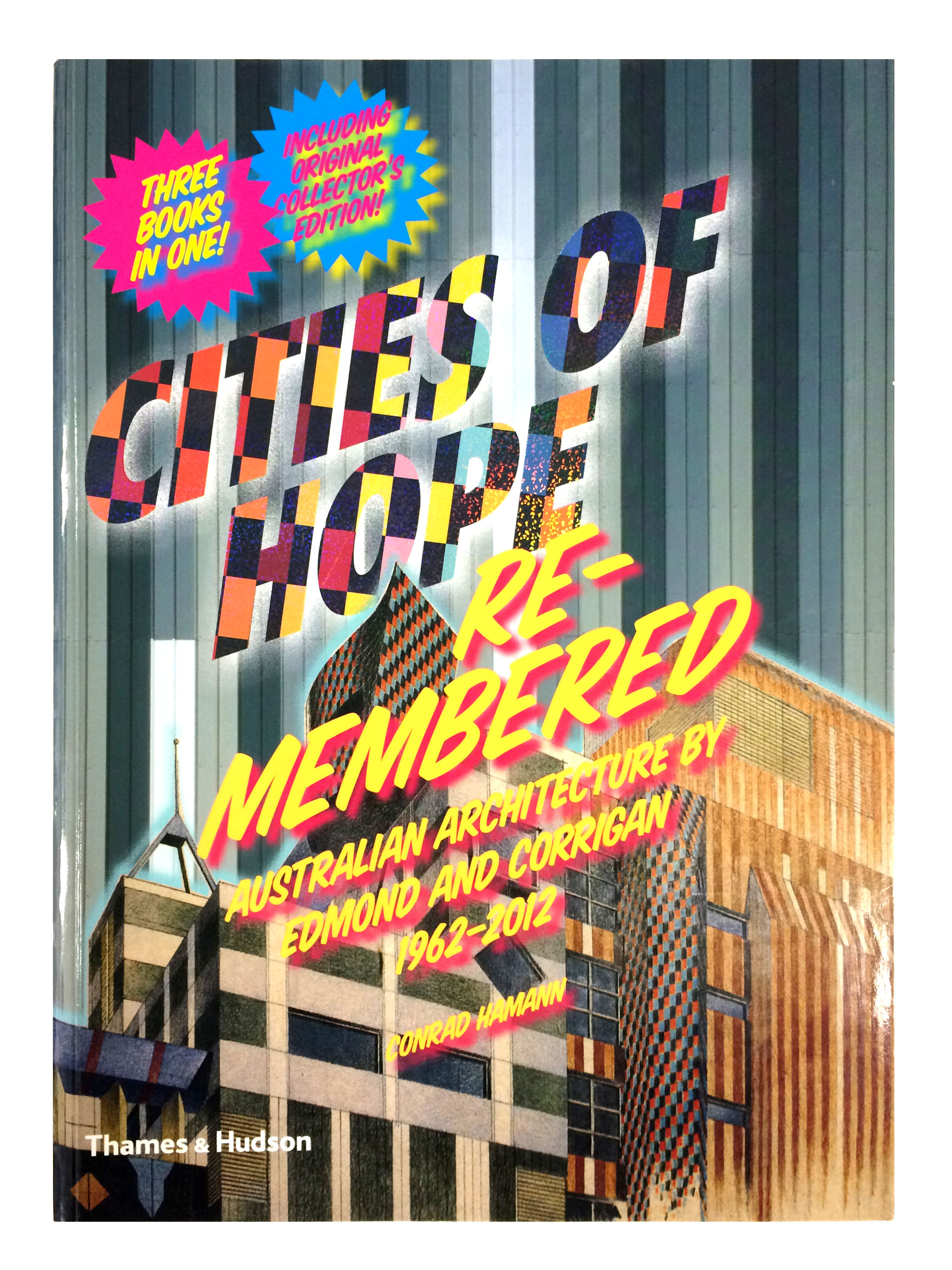 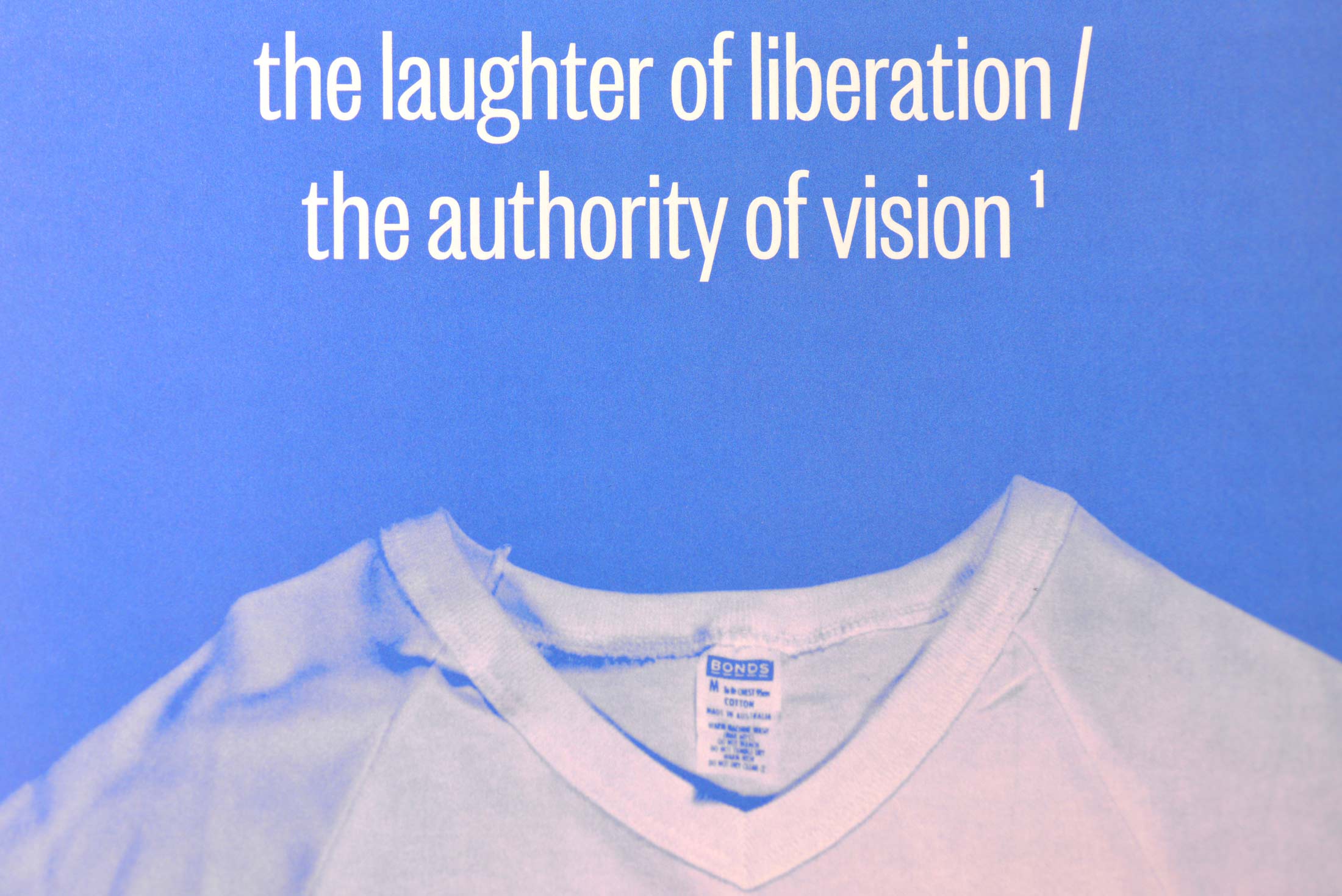 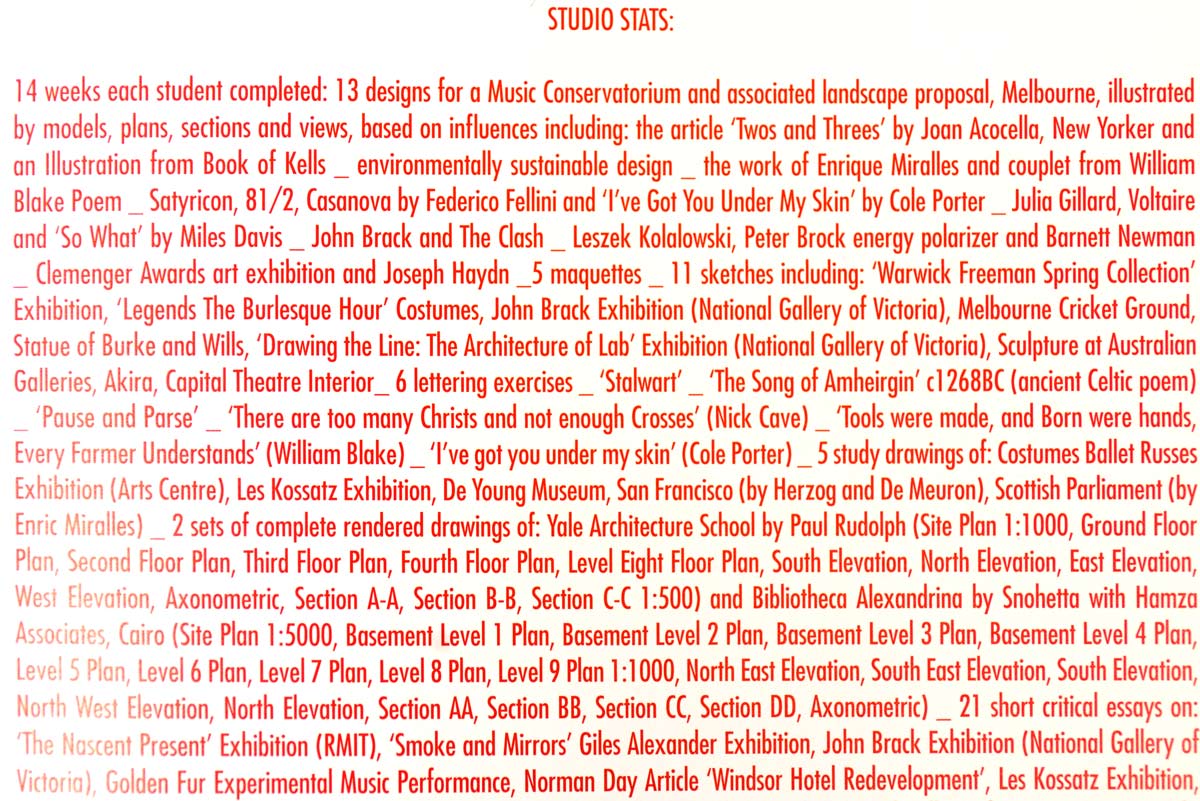 The Laughter of Liberation / The Authority of Vision

“The insightfully choreographed selection of tasks and working adjacencies in the studio avoids the cliché of defining a framework and working towards demonstrating its ‘proof’ through the architecture. The meaning of the tasks is often ambiguous and this in itself can be unsettling. The studios allude to the idea that projective visions for architecture may often come from those moments when things appear fuzzy, when we find fissures in what we understand, when there is uncertainty and doubt, and that uncomfortable leaps of faith are often required. They embrace the struggle to speculate outside the narrow, but common, conception of architecture as built form alone and they tackle the sublime difficulty of this act. This is important, as the decision to self-consciously engage in a cultural loading of architecture can be seen as a point of resistance to, and a move beyond, the prevailing forces of form fixation, which saturate the contemporary architectural landscape.Students are called on to ‘be brave’ and ambitious and there is a rapid turnaround of tasks. Corrigan’s insistence on an extraordinary volume of work does not allow the luxury of self-doubt, or getting ‘stuck’. There is no time for excuses or stalling. This instils the type of intense work ethic required to pursue vision and ideas in the practice of architecture.  Students, through their own sheer effort, illustrate to themselves that they are capable of the impossible. For many it can be liberating. It is empowering.”

Vivian Mitsogianni, The Laughter of Liberation / The Authority of Vision in Cities of Hope 2013

Cities of Hope Remembered tells the story of a life lived through architecture and design. Drawing on the success of the critically acclaimed Cities of Hope, this long-awaited publication includes a facsimile of the highly prized original book, a complete catalogue of new architectural works and reflects on Edmond and Corrigan’s extraordinary contribution to Australian architectural culture. In addition, this volume includes a comprehensive showcase of ‘never-before-published’ theatre works along with archival letters, articles and rare reflections on a rich and diverse career. Designed by Stuart Geddes of Chase & Galley with Peter Corrigan, Cities of Hope Remembered is the antitheses of the ubiquitous, glossy ‘coffee table’ architecture book. Instead, it delivers an inspiring and rigorous survey of the works of this internationally respected RAIA Gold Medal winning Australian architectural practice.