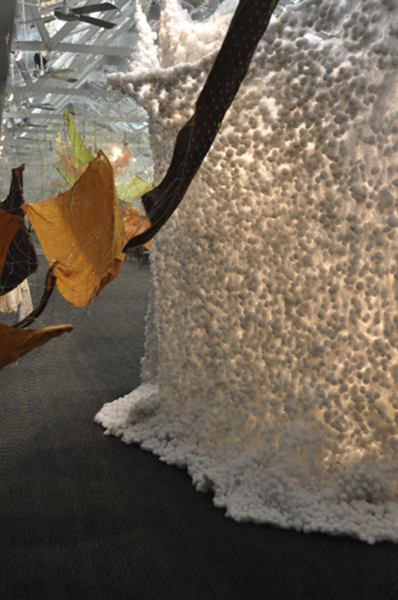 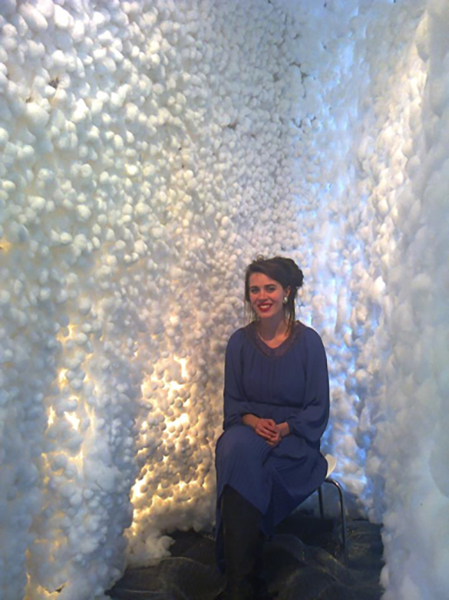 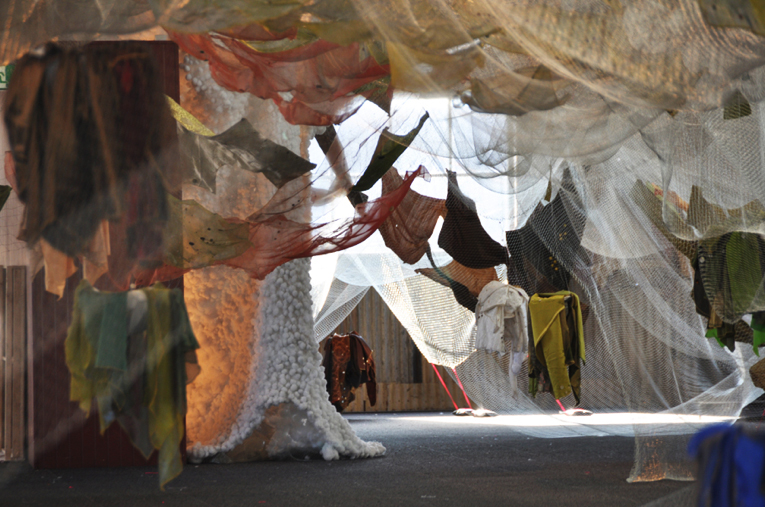 An architectural installation for the art work Stitching Time (Erin Manning), at the 18th Sydney Biennale, All Our Relations.

Across contemporary art and architecture, “relational” approaches are being increasingly explored as a way to depart from more hermetic ideas about the authorship, agency and social engagement of creative work. Largely, ‘relational’ approaches assume that multiple people participate in the durational development of the work. The Change Room was one component of the art work, Stitching Time, by Prof. Erin Manning, produced for the 18th Biennale of Sydney: All Our Relations. Manning’s “relational architecture” invited people to produce garments with and in a vast display of sewn fabric fragments, which had been produced though an international network of sewing circles. The Change Room swam in this sea of fragments, offering a private enclosure within a large, open and busy space, where people could change their clothes if required.

Design production began with a material system designed for the Plastic Futures project. Consisting of white polyester wall insulation and netting, the soft, lumpy surface created by this system suggested ambiguous/blurred boundary conditions and an ambience of the indefinite – qualitatively similar to clouds.

When exhibited, the room was a relatively static entity that was not intended to be physically altered in the way the rest of Stitching Time invited. This offered a counterpoint to explicit, interactive engagement, asking for the relational to be considered in terms of spatiality and aesthetics rather than the explicitly participatory.