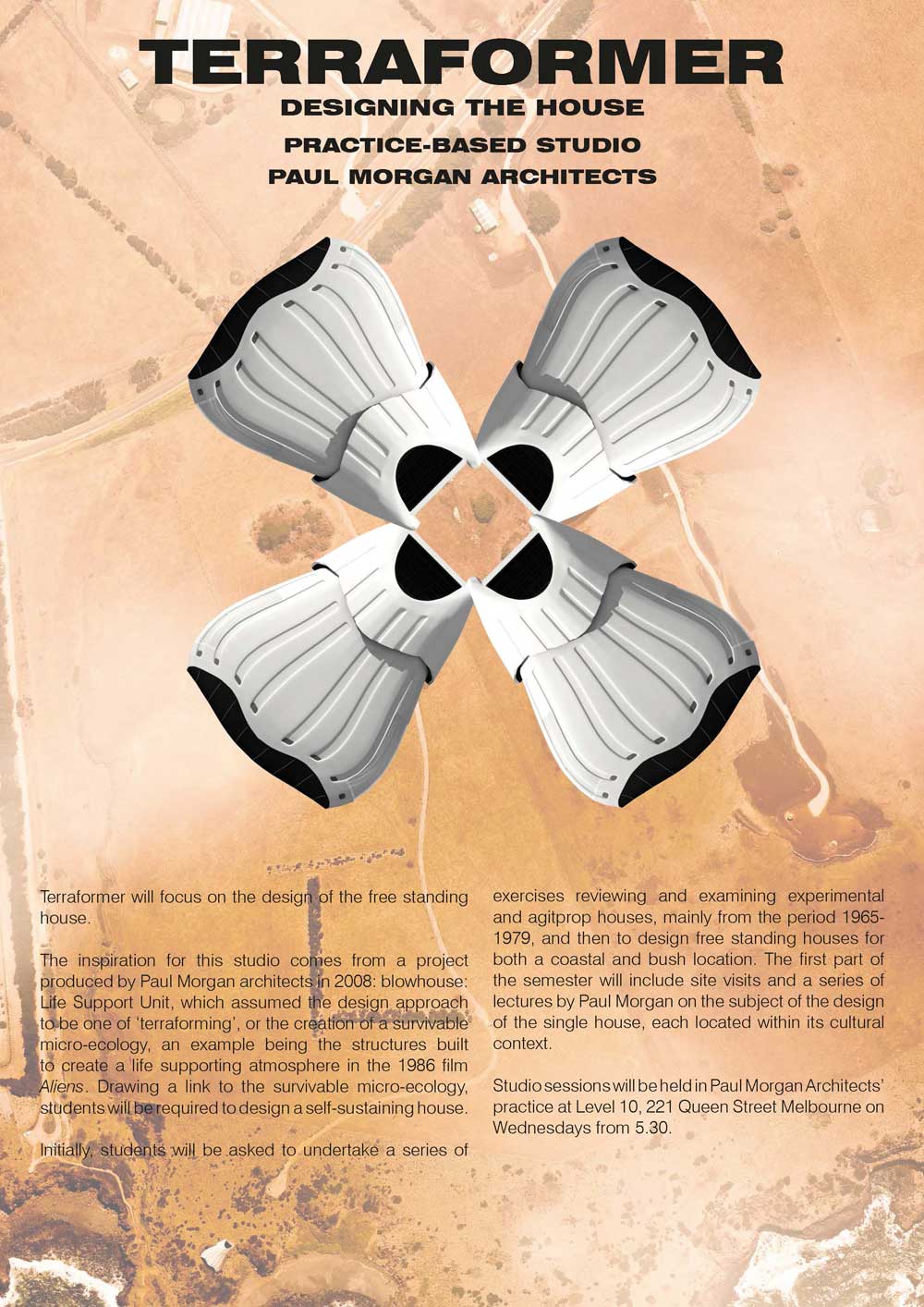 Terraformer will focus on the design of the free standing house.

The inspiration for this studio comes from a project produced by Paul Morgan architects in 2008: blowhouse: Life Support Unit, which assumed the design approach to be one of ‘terraforming’, or the creation of a survivable micro-ecology, an example being the structures built to create a life supporting atmosphere in the 1986 film Aliens. Drawing a link to the survivable micro-ecology, students will be required to design a self-sustaining house.

Initially, students will be asked to undertake a series of exercises reviewing and examining experimental and agitprop houses, mainly from the period 1965-1979, and then to design free standing houses for both a coastal and bush location. The first part of the semester will include site visits and a series of lectures by Paul Morgan on the subject of the design of the single house, each located within its cultural context.