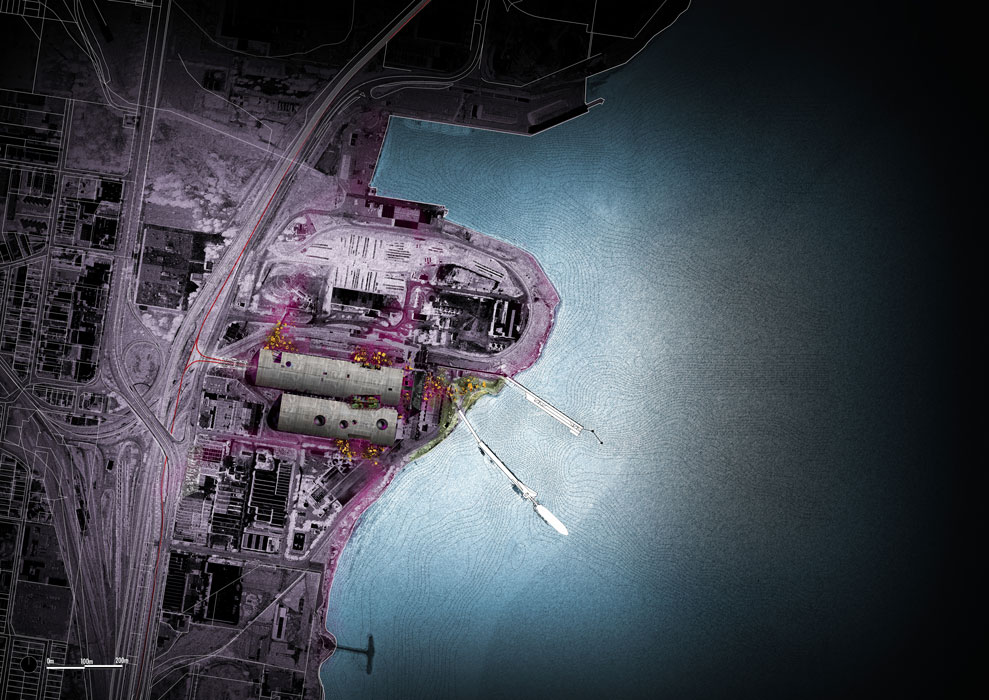 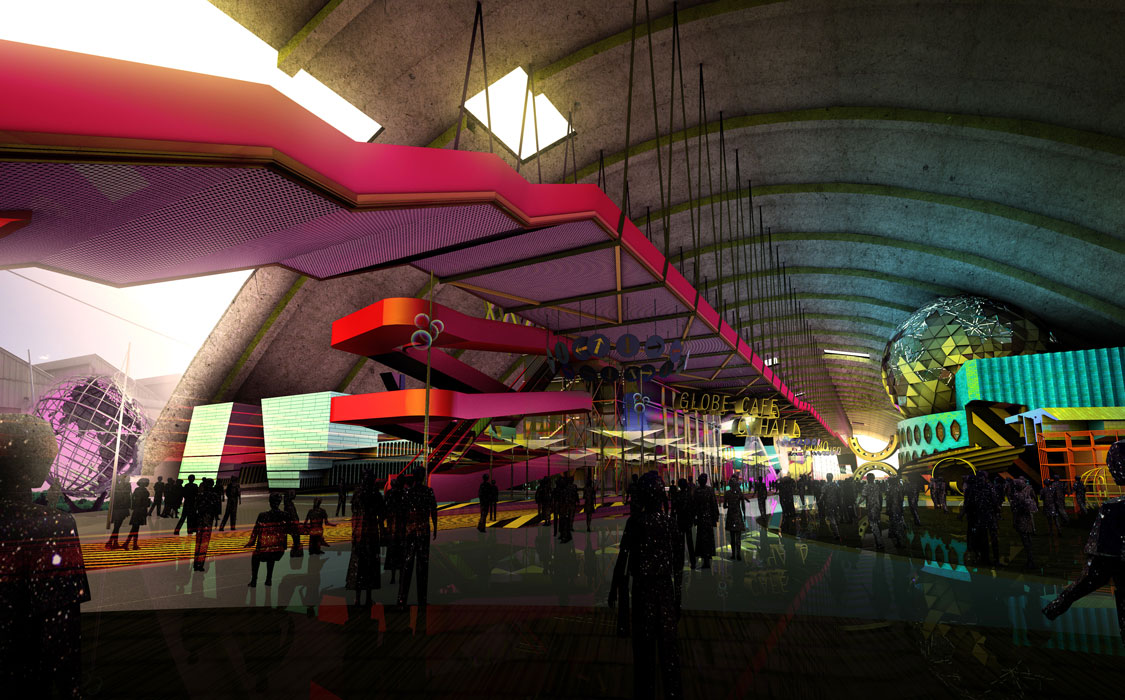 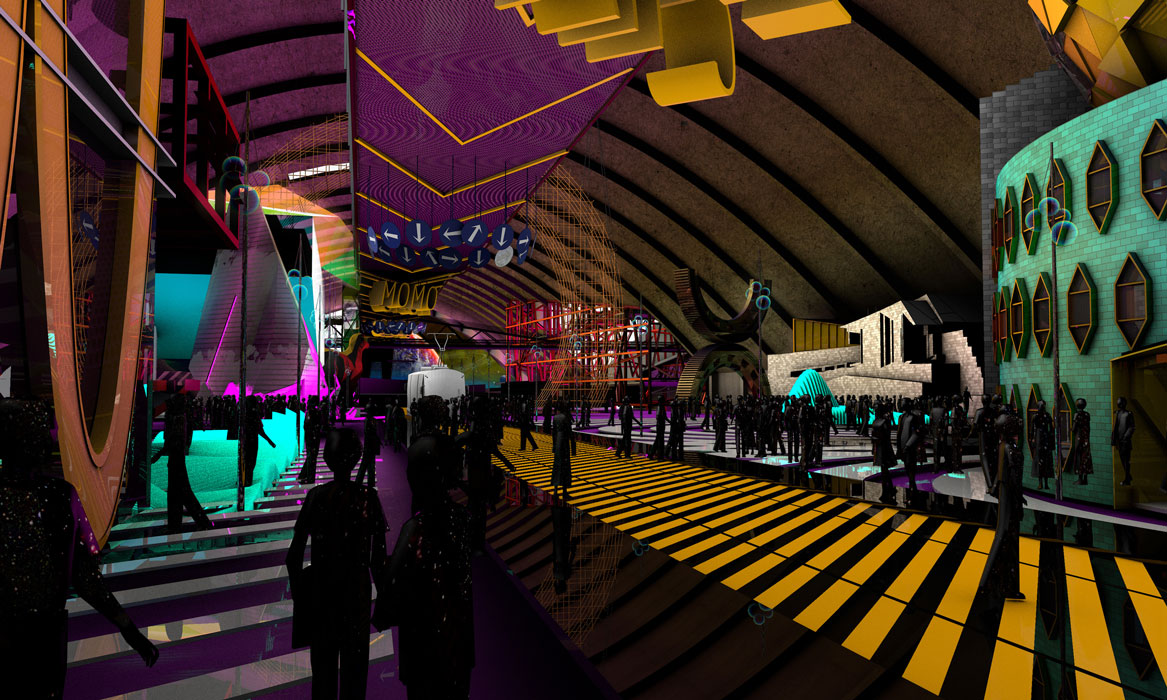 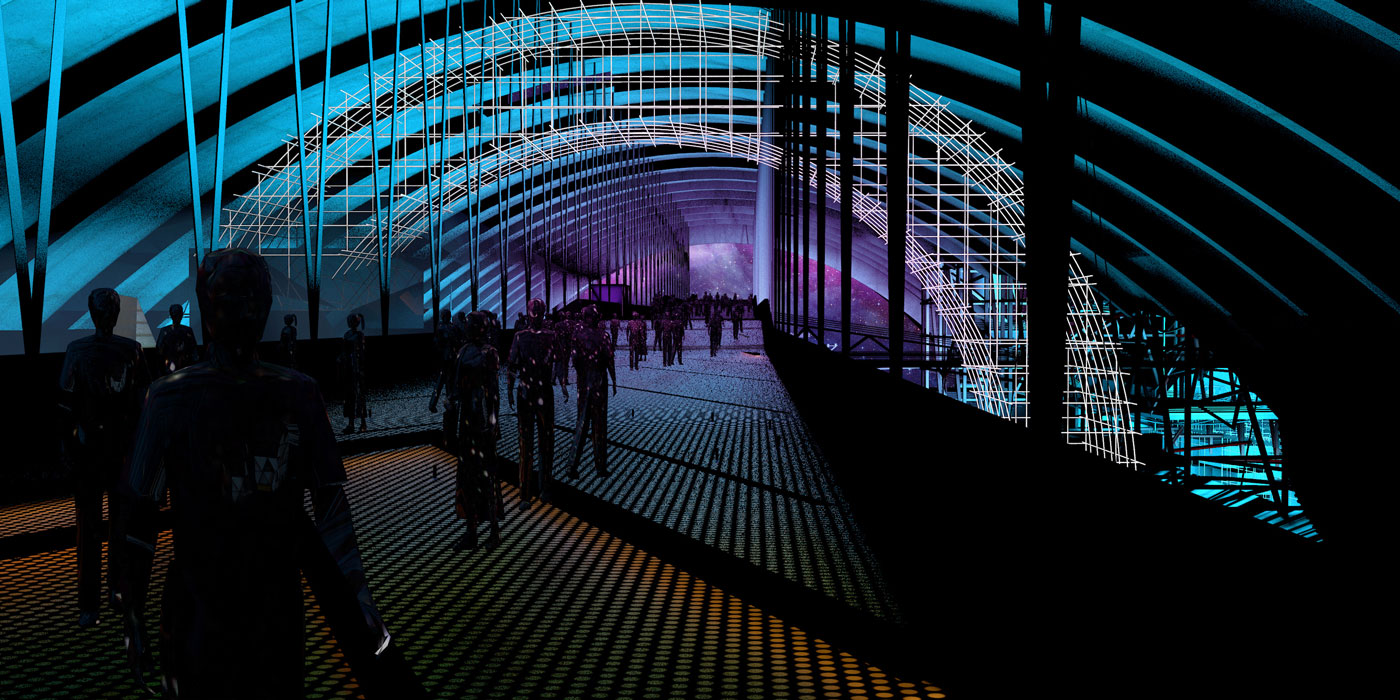 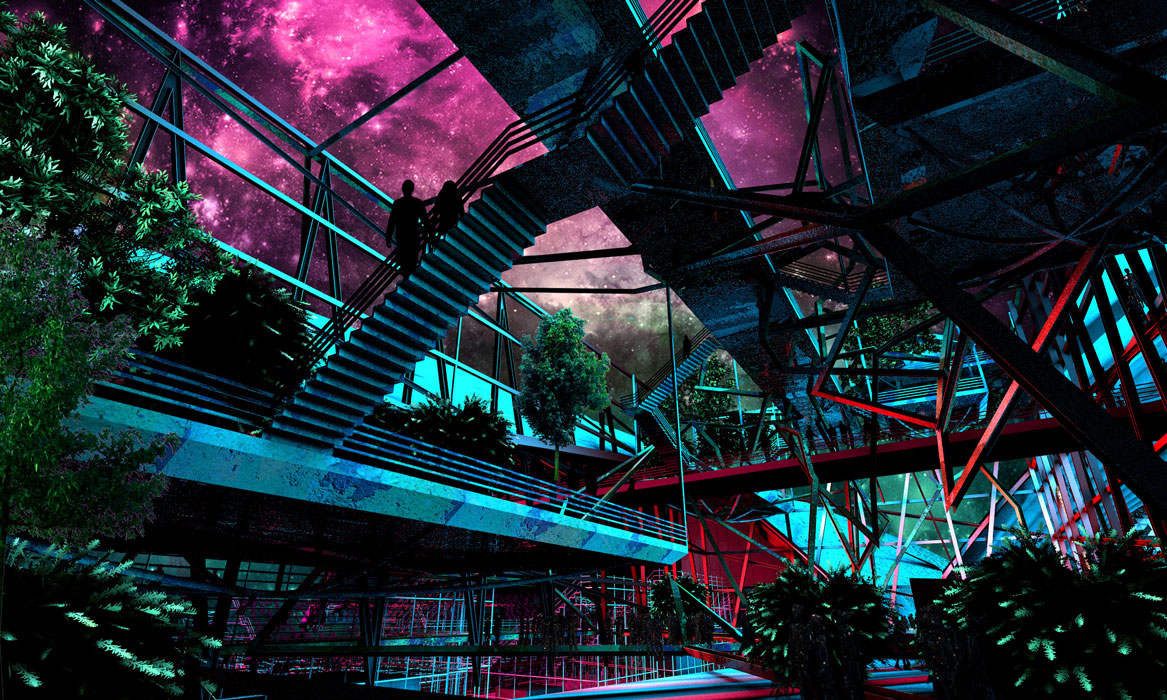 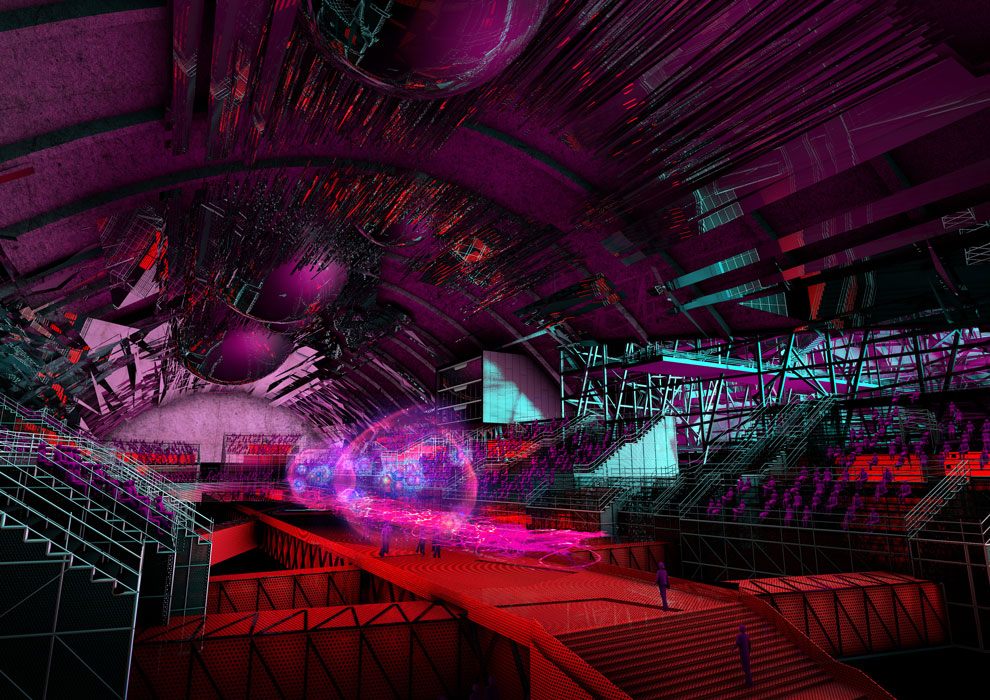 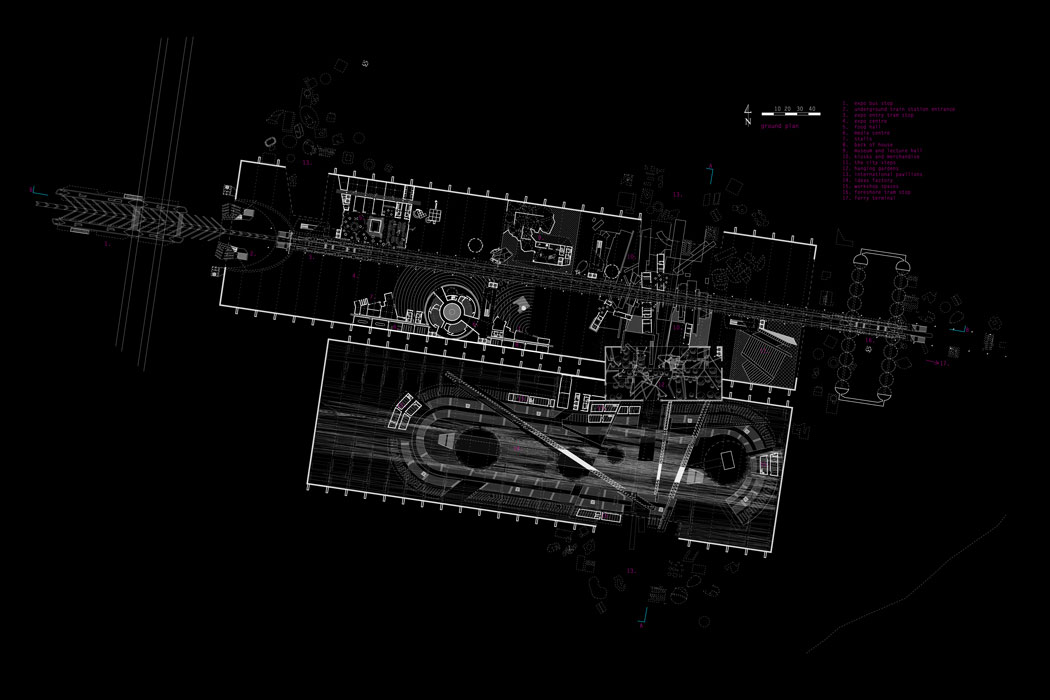 A Tale of Two Sheds

A Tale of Two Sheds is a speculative design for a World Exposition to be held in 2038, 3km north of the Geelong CBD in the Port of Geelong. A site of past industrial glory, this project re-imagines the future of the precinct by transforming two monumental grain warehouses into the event site that will follow on to form the beginnings of a new city. The increasingly bloated phenomenon of the modern day Exposition is critiqued through reformatting of the event into a big ideas festival in a small package.

An internal street (serviced with tram, suspended pedestrian highway and underground train station) is defined by one of the concrete shells, drawing on Swanston Street’s ‘string of jewels’ to locate pivotal buildings along its length. The architecture in this collection resists the idea of an appropriate Australian representation, segments of architectural history are sourced and recycled along with moments of cultural iconography and symbology to create a layered wonderland, the beginning of a hopeful future.

The southern shed acts as a temporary venue (to be dismantled after the event for future occupation) for an ideas Olympics, low rent galvanized steel scaffolding creates a terrain of seating with workshops below- and a splintered suspended ceiling mirrors a thousand alternate glimpses of the arena below.