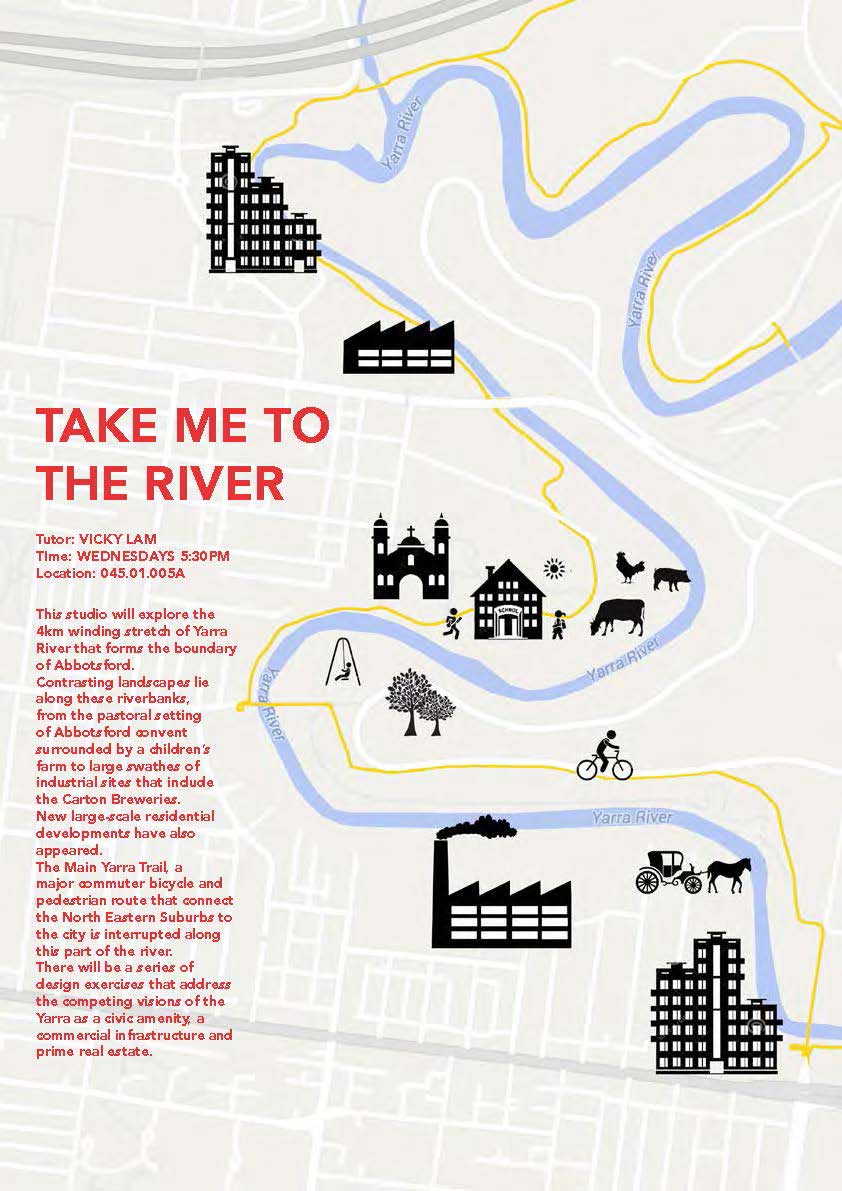 This studio will explore the 4km winding stretch of Yarra River that forms the boundary of Abbotsford.

Contrasting landscapes lie along these riverbanks, from the pastoral setting of Abbotsford convent surrounded by a children’s farm to large swathes of industrial sites that include the Carton Breweries.

New large-scale residential developments have also appeared. The Main Yarra Trail, a major commuter bicycle and pedestrian route that connect the North Eastern Suburbs to the city is interrupted along this part of the river.

There will be a series of design exercises that address the competing visions of the Yarra as a civic amenity, a commercial infrastructure and prime real estate.