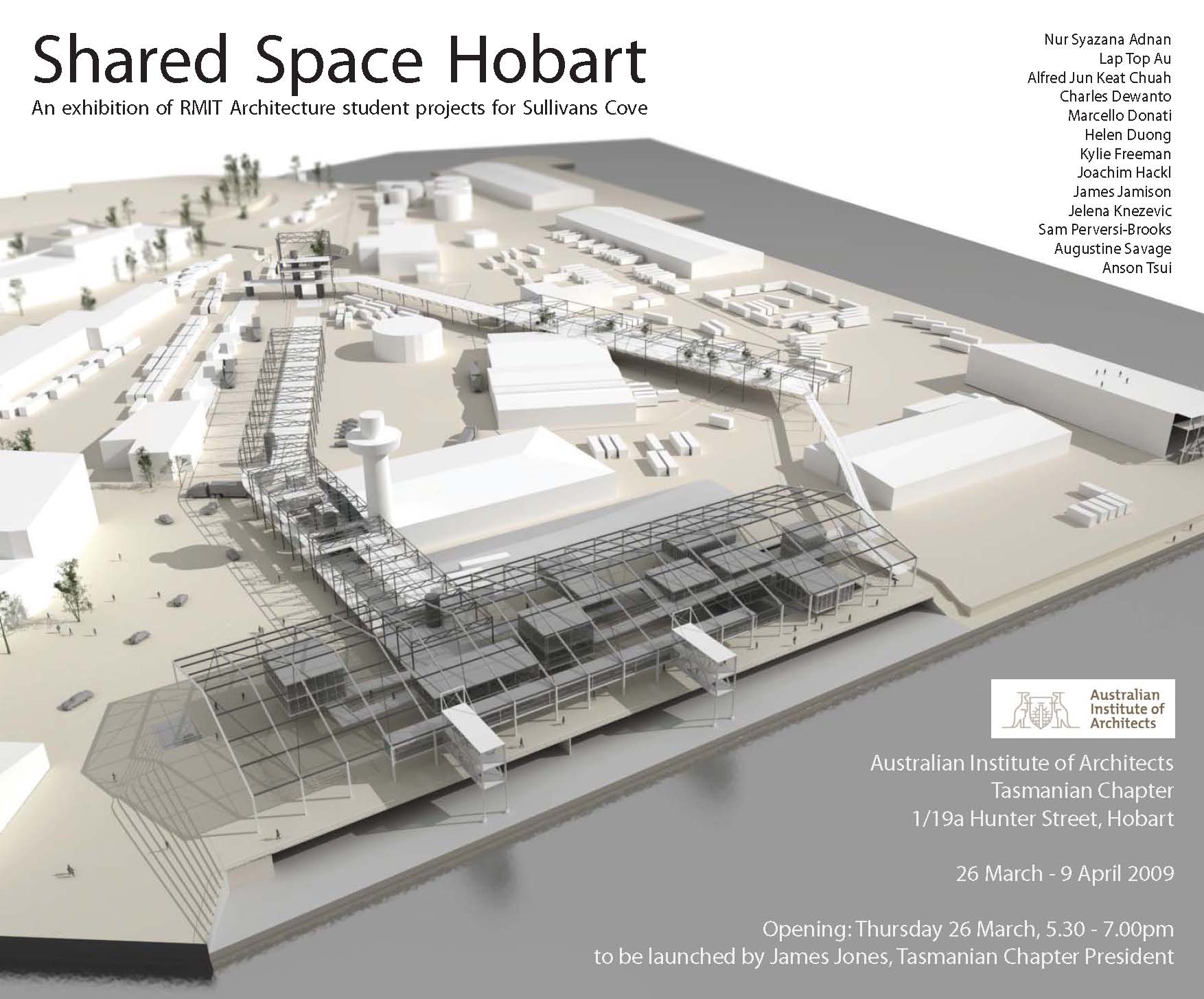 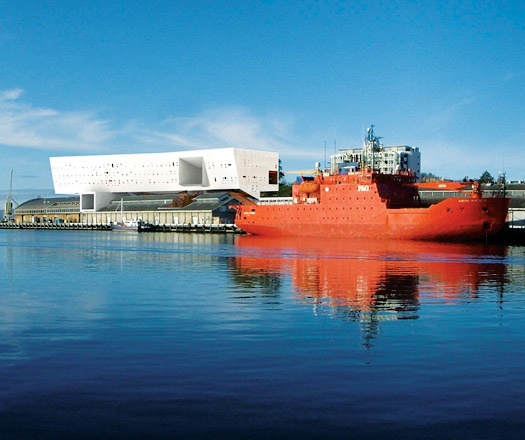 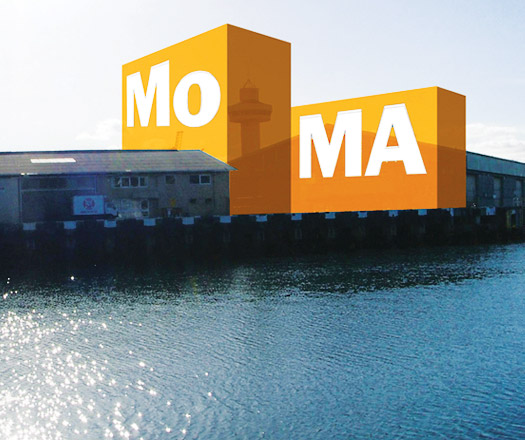 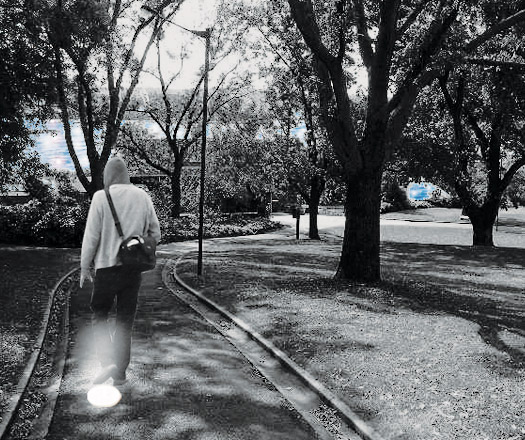 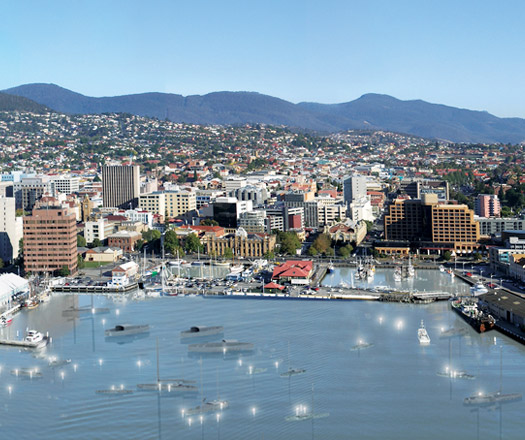 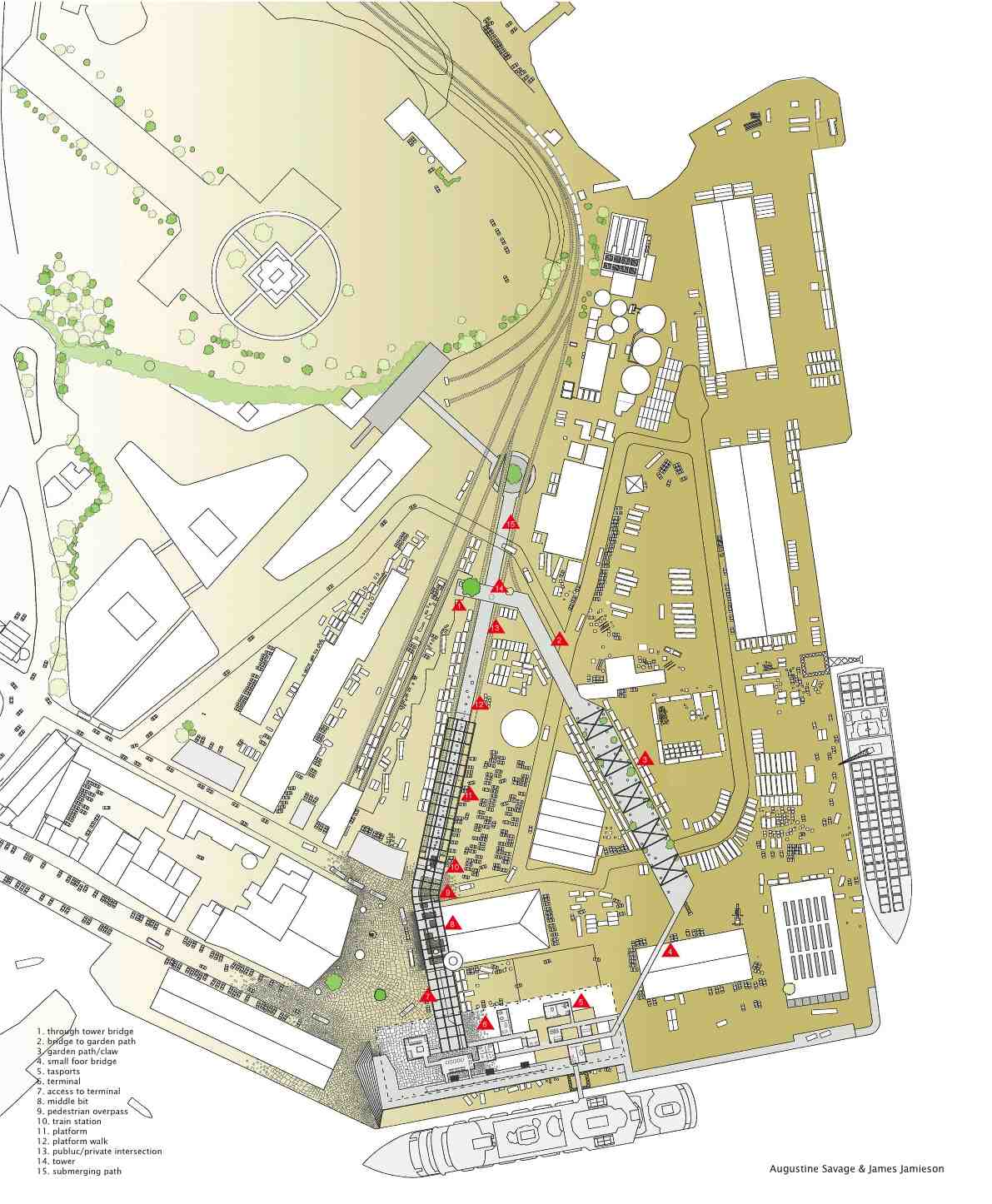 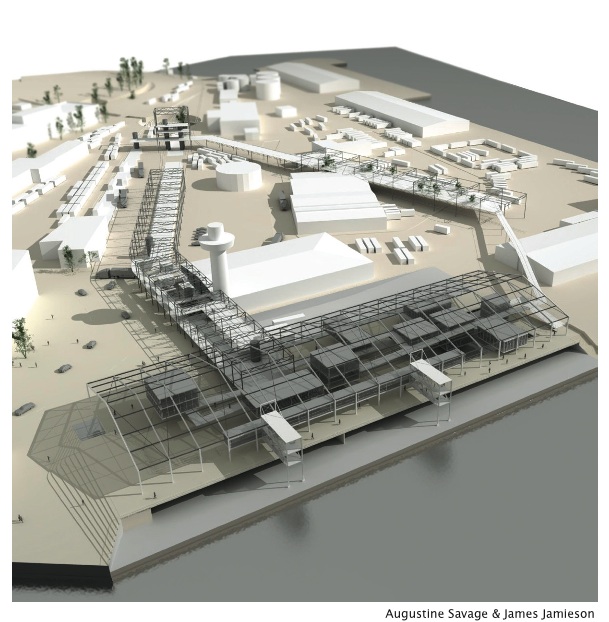 Hobart’s Sullivans Cove and the remarkable urban topography of its hinterland have been the subject of numerous urban and architectural studies over decades by architects, academics and students. As such, there is a considerable body of sophisticated local knowledge and urban analysis which lies behind the Cove’s current strategic planning guidelines and Urban Design Framework. At the present time, there is strong private sector and governmental interest in developing key sites in the Cove to capitalise on its accrued role as the natural gathering point, entertainment and social melting pot of Hobart. It is the primary public domain of the city.

This is fairly standard fare for contemporary waterfront city precincts – to focus on providing spaces for entertainment, festivals, tourist attractions and visitor accommodation while also boosting local residential capacity with the aim to create a 24-hour mixed use precinct. What is particular to Hobart’s situation, however, is that this development has not yet substantially occurred. At the same time as being the city’s premier entertainment destination, the physical environment of the Cove maintains a strong sense of its industrial origins – wide flat concrete apron spaces scaled to the operation of gantry cranes, micro-infrastructure for refuelling and servicing fishing vessels spread throughout the public realm, long low storage shed buildings occupying 100m stretches of central waterfront surrounded by vacant apron space on all sides as required for loading and unloading cargo.

This ‘paused’ and provisional state of the immediate waterfront area is one of Hobart’s greatest assets. Here we can find a true, if accidental, co-existence of diverse yet functioning urban activities and sub-cultural groups (port workers/ industrial vehicles/ up-market diners/ tourist campervans/ drunken youths/ ceremonial space/ vacant space). The broad expanse of flat concrete apron, referred to locally and in the UDF as the ‘cove floor’, has been protected from development at least in part by the steady trickle of revenue its operators receive from open air carparking, so easily accommodated on its surface, and so conveniently located adjacent to the central business district of the city. The official planning strategy for the apron/ floor is that it is to remain a ‘shared space’: shared between working port and public realm, shared between vehicles, pedestrians and bicycles, shared between locals and visitors, shared between temporary and permanent/ large and small scale activities. This unusually flexible strategic planning policy – taken as a conceptual framework as much as a literal one – was the starting point for the studio investigations.

The notion of shared space on the floor is from the beginning a physical one, inseparable from the flatness and smoothness of this surface in contrast to the dramatic topography of Hobart as a city.  Its breadth and scale allow large gatherings, its need to remain flexible for ship berthing and unloading promotes temporary and provisional occupations. The form and use-properties of this urban precinct are not able to be determined by urban design notions such as proportion, functional zoning, civic scale or concepts of beauty – but rather have been set up by the straightforward operational parameters of previous industrial activity and equipment1. That it now also plays a crucial social, commercial and symbolic role in the city demands that we find non-traditional urban strategies to engage with and actively share this strong space – without suffocating its raw and democratic openness.

An exhibition exploring Sullivans Cove’s potential by senior architecture students from RMIT University opens in Hobart this week, as the Government moves to fill the position of the state’s top architect intended to provide expertise on the waterfront’s development.

The Shared Space Hobart exhibition explores the potential for the flat, former industrial apron of Sullivans Cove, to foster a vibrant experience in these public spaces.

Focusing on six key sites and precincts, including the Princes Wharf No. 1, 12 RMIT students participated in a three-month studio to carry out preliminary design research, and have produced careful and site-specific design responses which add to the existing body of knowledge concerning the sites’ future potential. The studio was led by Nigel Bertram, senior lecturer in the School of Architecture and Design at RMIT University in Melbourne and a member of the Sullivans Cove Design Panel.

The Tasmanian Premier, David Bartlett, declared his preference for public open spaces over private development of the waterfront in December last year, envisaging rejuvenation of the area with new museums, festivals and entertainment. Several days after his comments, applications for a state architect closed, with the government expected to interview short-listed applicants this week.

“The Tasmanian state architect is a new position being established by the Bartlett government to advise on design, building and infrastructure projects statewide, including a masterplan for the Hobart waterfront said James Jones, Tasmanian president of the Australian Institute of Architects.

“The government is making a solid commitment to ensuring the best possible built environment outcomes for Tasmania by employing the professional expertise offered by a state architect,” said Mr Jones.

The Shared Space Hobart exhibition will contribute to community debate about the future of Hobart’s waterfront.