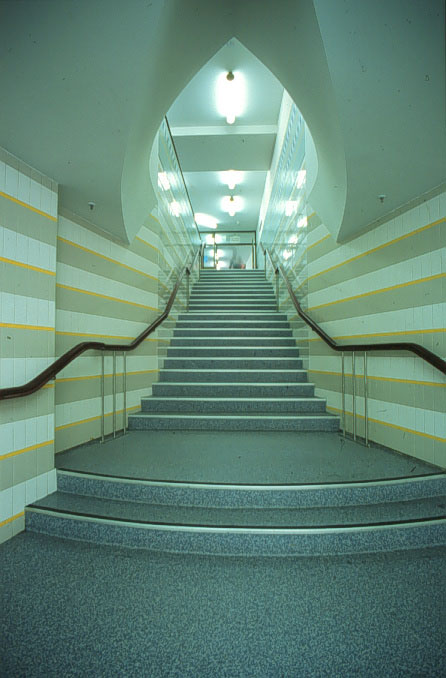 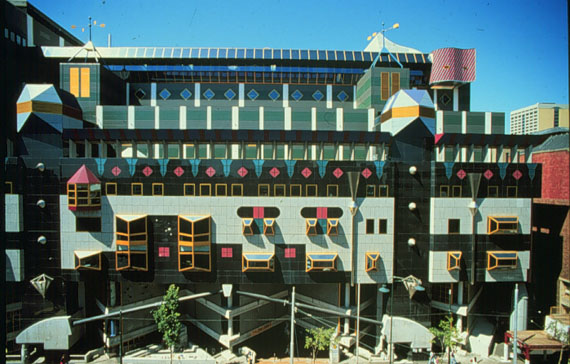 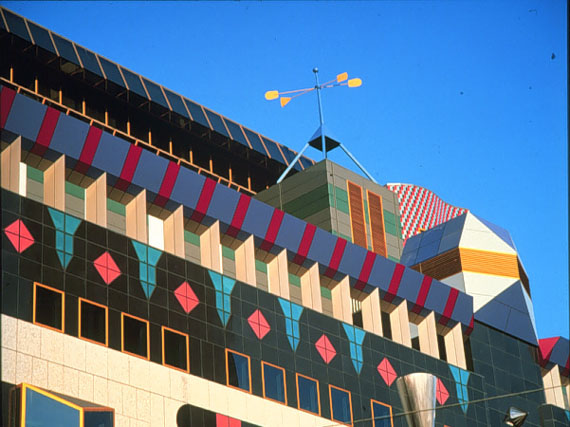 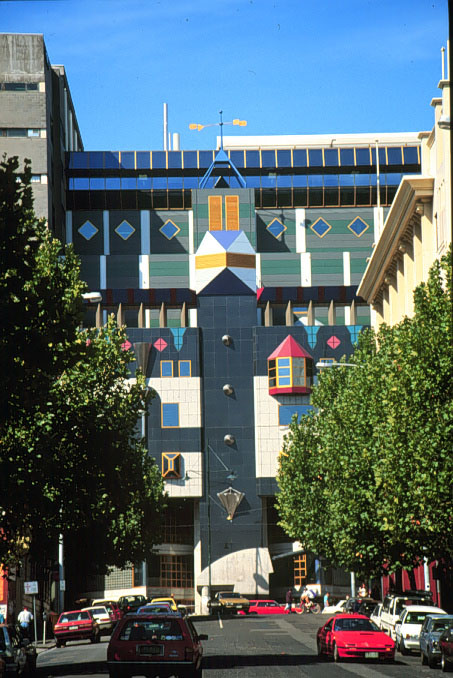 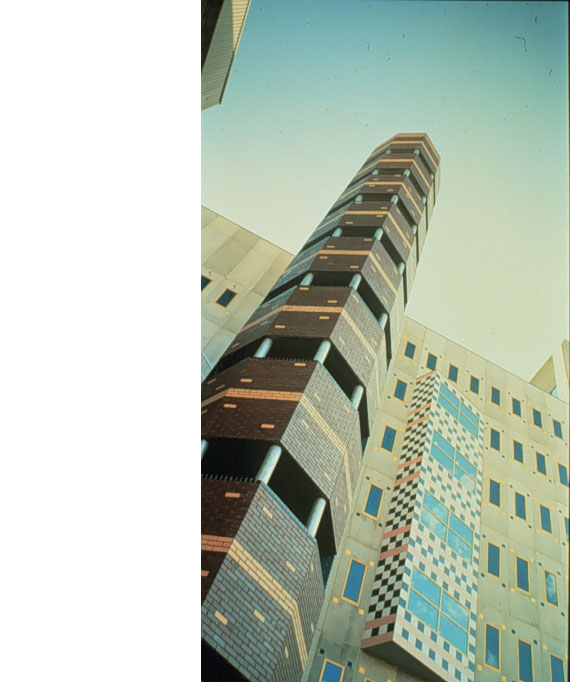 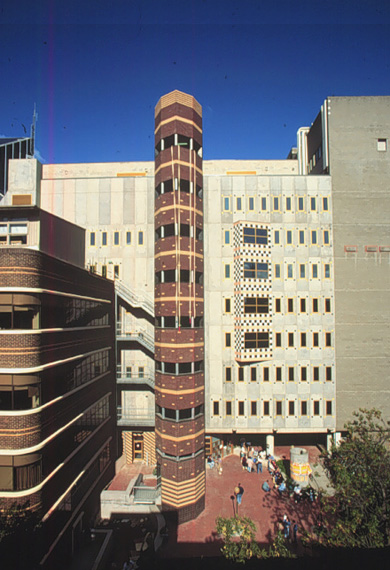 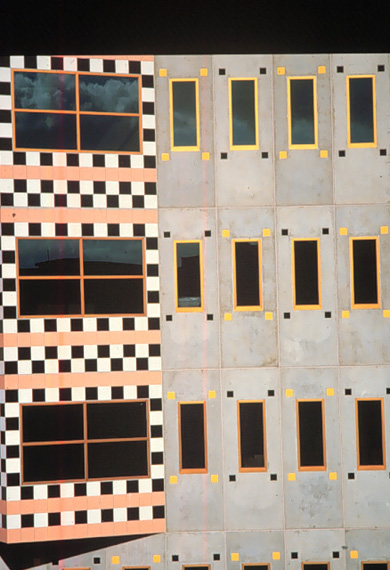 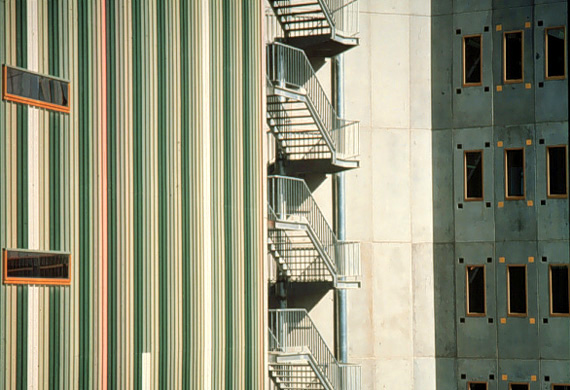 Peter Corrigan is an RMIT Architecture Adjunct Professor, Architecture Lecturer and recipient of an RMIT Honorary Doctorate in 1993. He was the recipient of the RAIA Gold Medal Award, 2003, the highest professional accolade in the Australian architectural profession

The new Building 8 is a multi level education exchange. It is a fragment of the University that nonetheless stands for the whole. It contains the University Library, an enlarged Student Union, the Faculty of the Constructed Environment (the Schools of Architecture, Interior Design, Landscape, Building, Planning & Policy, and a Centre for Design) and the Departments of Fashion and Mathematics. The character of the building had to be a positive educational influence.

The aim was to delight and break down the dominant and seamless city-wall ‘mood’ RMIT presented on Swanston Street. The building’s front, side and rear elevations create a whole from fragments and a collage of design ‘ideas’. It presents itself to the city on its own terms.

The building engages the idea of uniting opposites. It demurs to Melbourne’s built past: memories of Walter Burley Griffin, the Manchester Unity, the Block Arcade, the Shrine et alia are fleetingly seen in its aesthetic.

It was described by a national architectural commentator as a building that `thinks it’s a city’. The building is widely recognised nationally as being distinctively Melbourne in character and idea. This strong sense of regional identity and pride is no small achievement in this ‘international’ era.

3 volume monograph on the Edmond and Corrigan practice.

in Building 8: Edmond and Corrigan at RMIT, Vol. 1