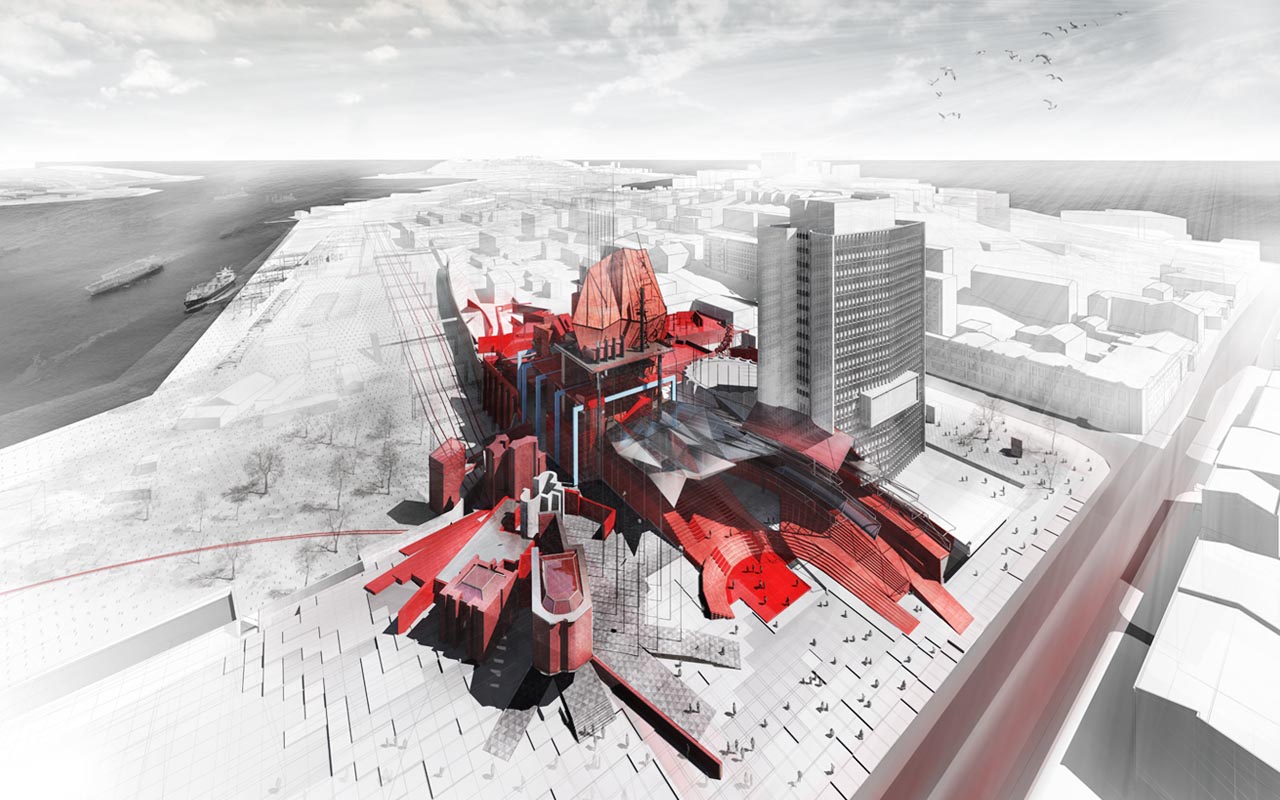 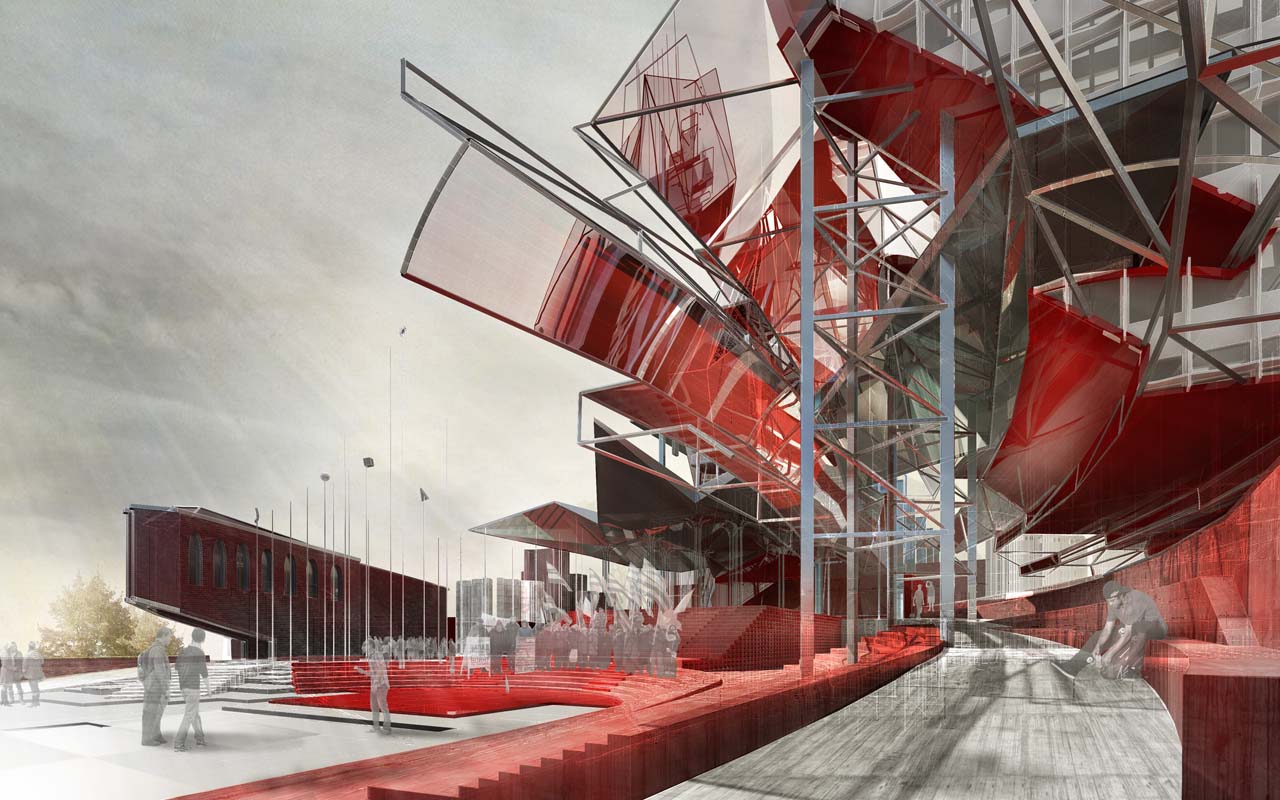 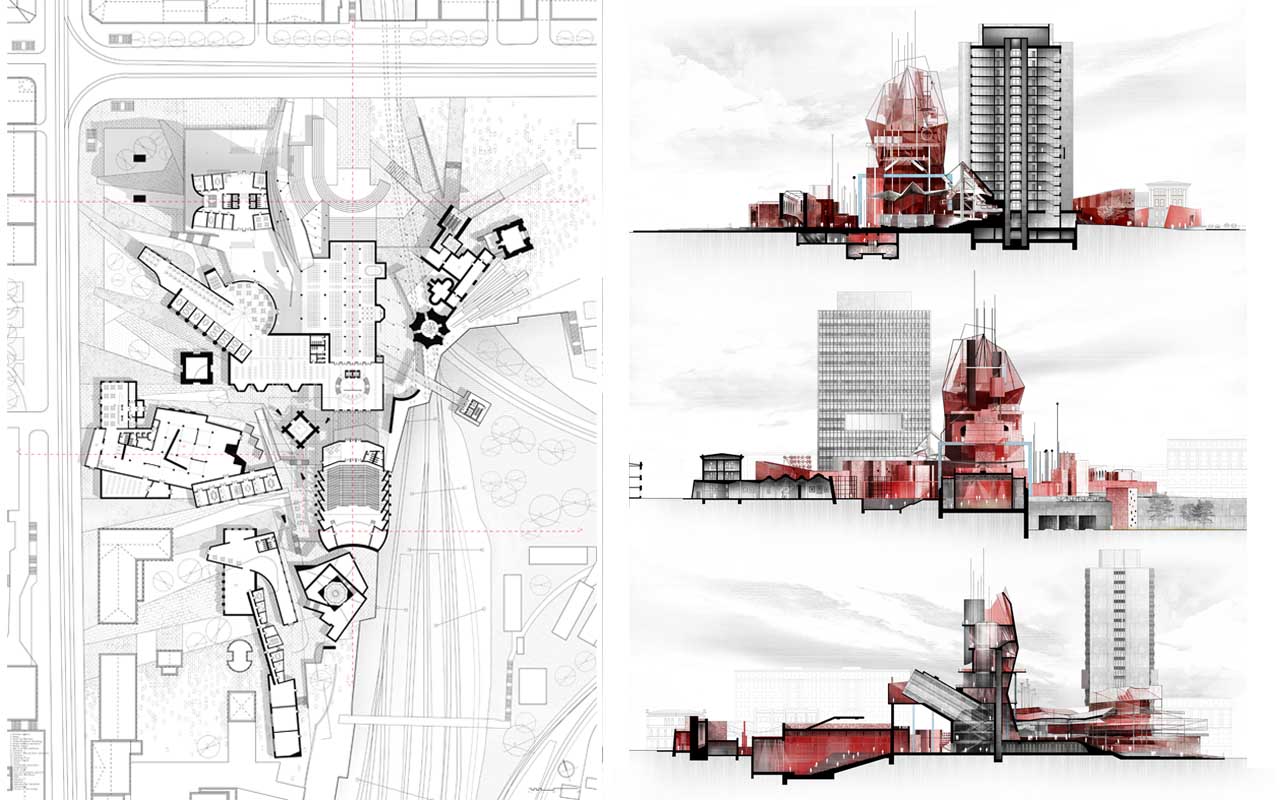 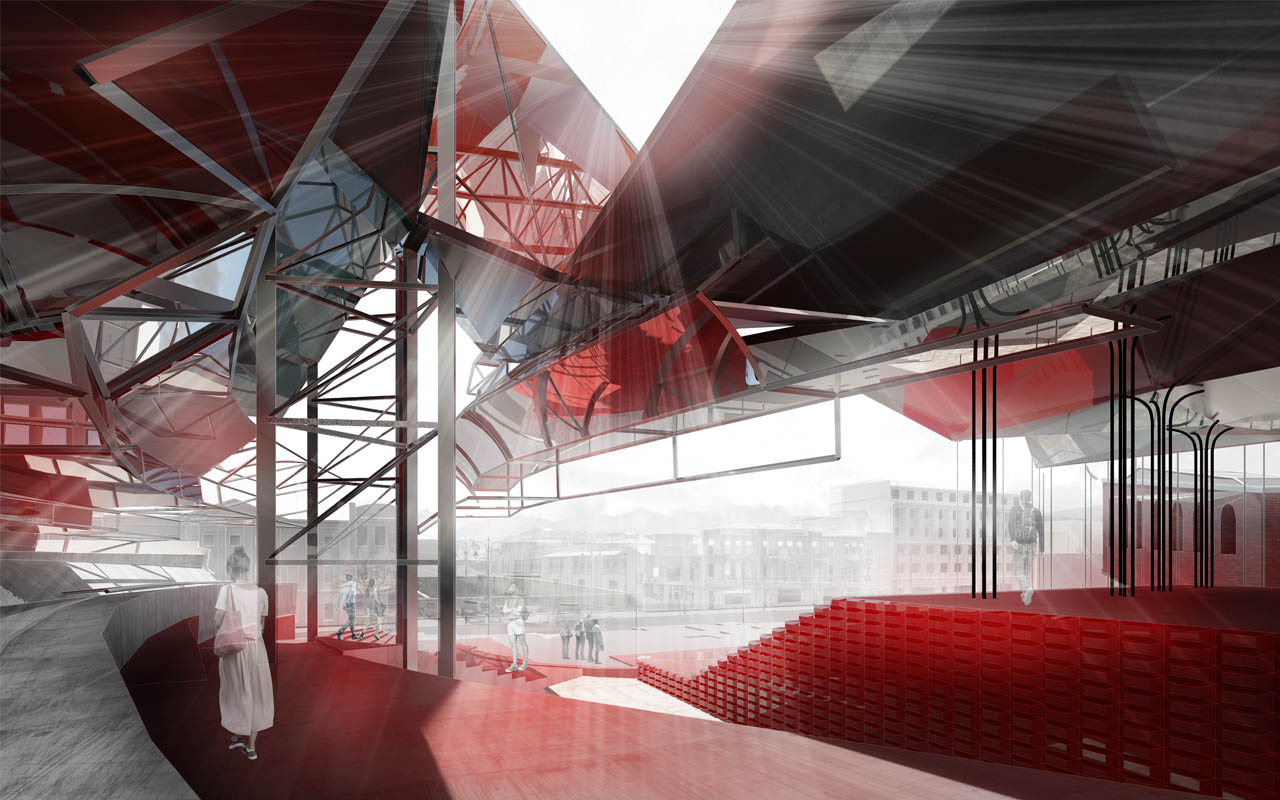 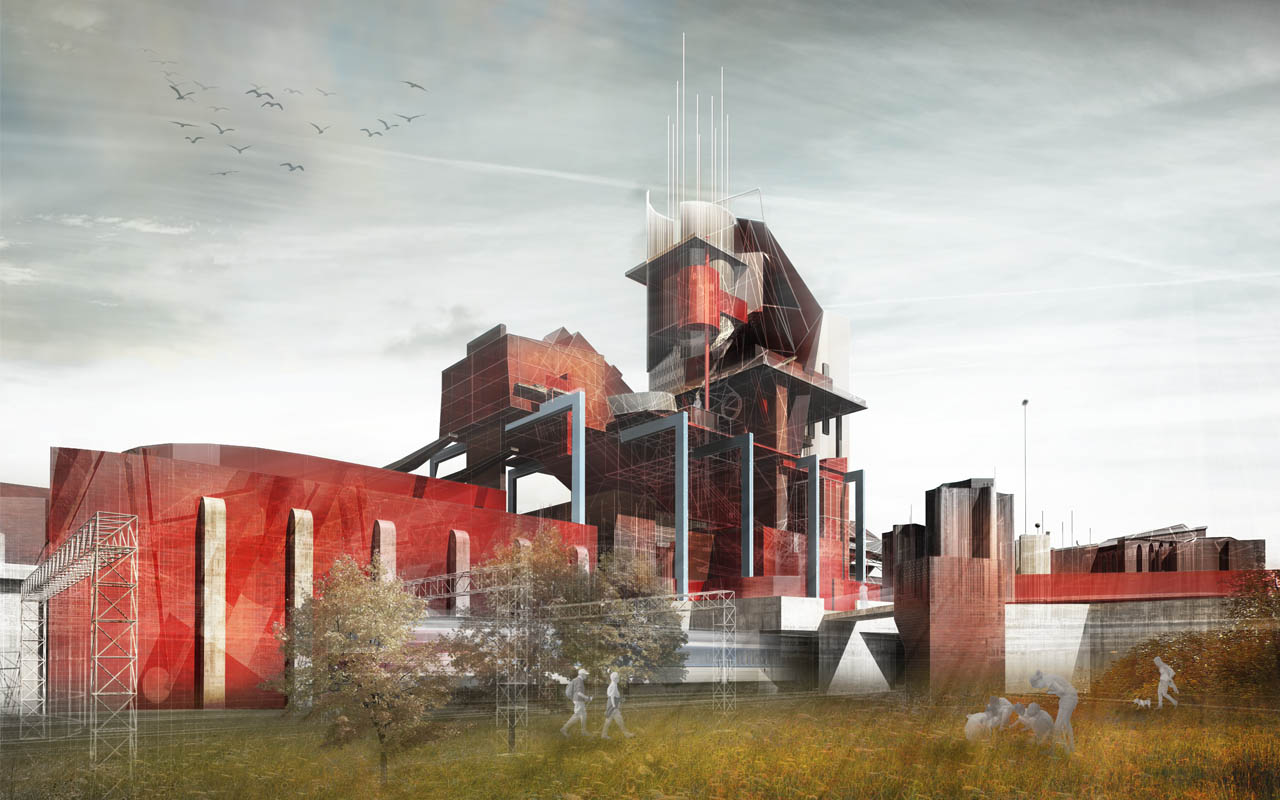 So what is my building? On the one hand it is an extension to the existing government building. It provides a connection between public and government. Represented as a field of distinct objects that formed a singular civic object headed together through directionality. That reflects the shift away from a centralised form of control towards a diverse political framework in the 21st century. On the other hand my aim was to create a building that speaks without using words, evoke feeling and emotions. It’s a series of critical reflections on what our world might be, utopian imaginary of the future. Its an arena of public opinion, a place to form it, an institution of culture and knowledge. It’s a monument but not a fortress, it invites to explore. The thesis project seeks to make a generous gesture to the city by providing a new layer of places and rooms for the use of its citizens. These rooms belong to the city and take inspiration from it. I aimed to create a space that invites activity and spontaneous use. In one way the building is a critique of an existing political and cultural situation in Russia, where information is censored and people are blind or afraid.

A Vladivostok train station is just on the right, in constant move, just next to the media centre that broadcast news for the whole city true news. Many ways leading you to the tower that includes archive of the truth, library and a hall of accessible information, central auditorium to form and share an opinion, gallery of fractured light, tower of knowledge, Vladivostok study rooms, small pavilions and redesigned park area. Having Russian background its hard for me, especially now, being indifference to many events that taken place today, this project became very personal to me. During Russian history it was a lot of examples of revolution with blood and ruined lives, even bringing something good after, its hard to justify these events. It’s probably naïve to believe that architecture can change the world but Ill go with Bertolt Brecht words: “Art is not a mirror to reflect the world, but a hammer with which to shape it.” That’s what I’m trying to achieve while designing my building. To shape it with utopian believe in community, freedom, justice, high personal and cultural values.