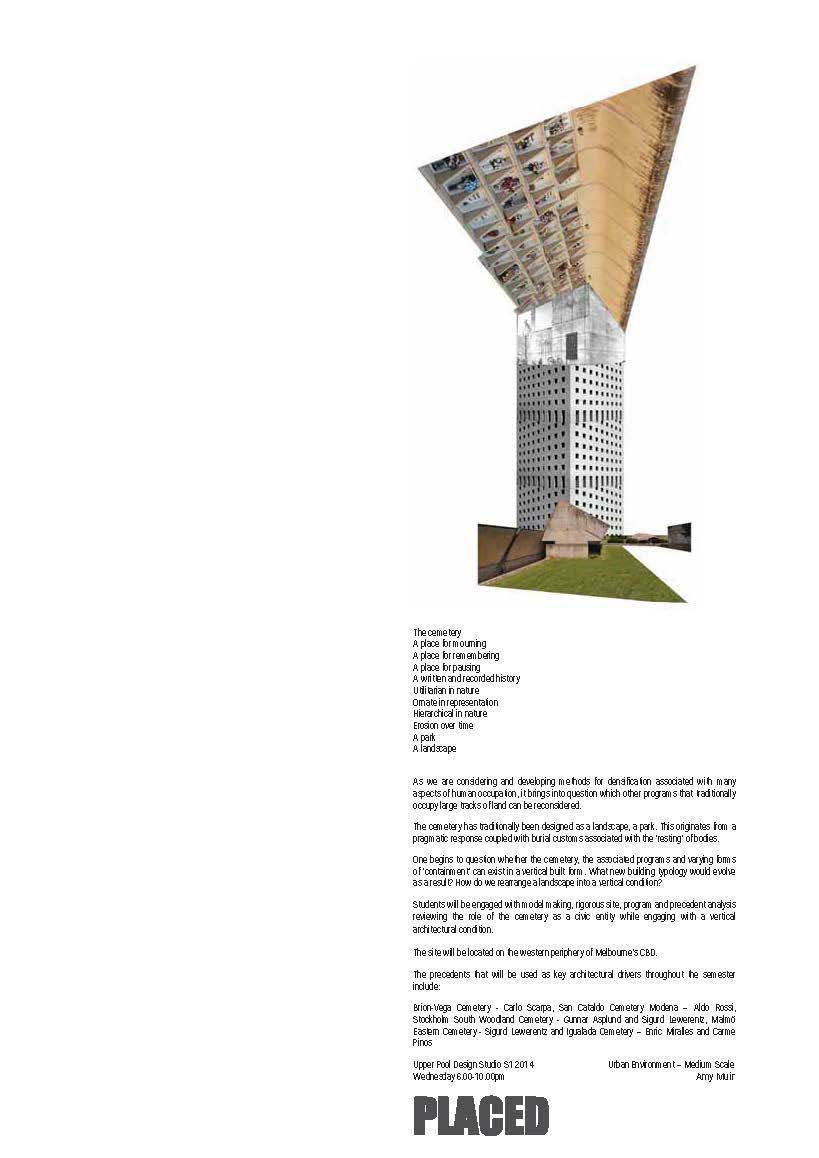 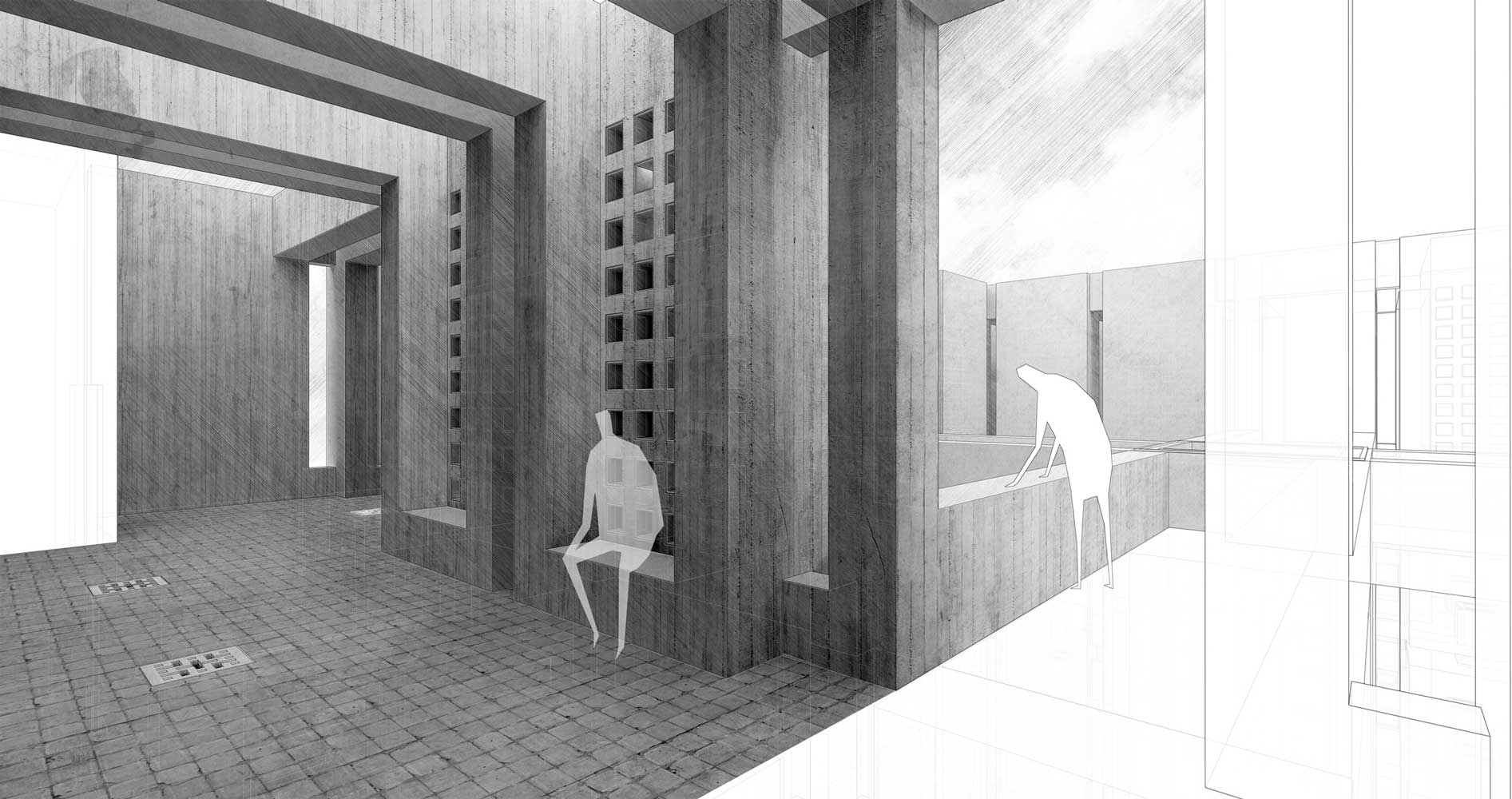 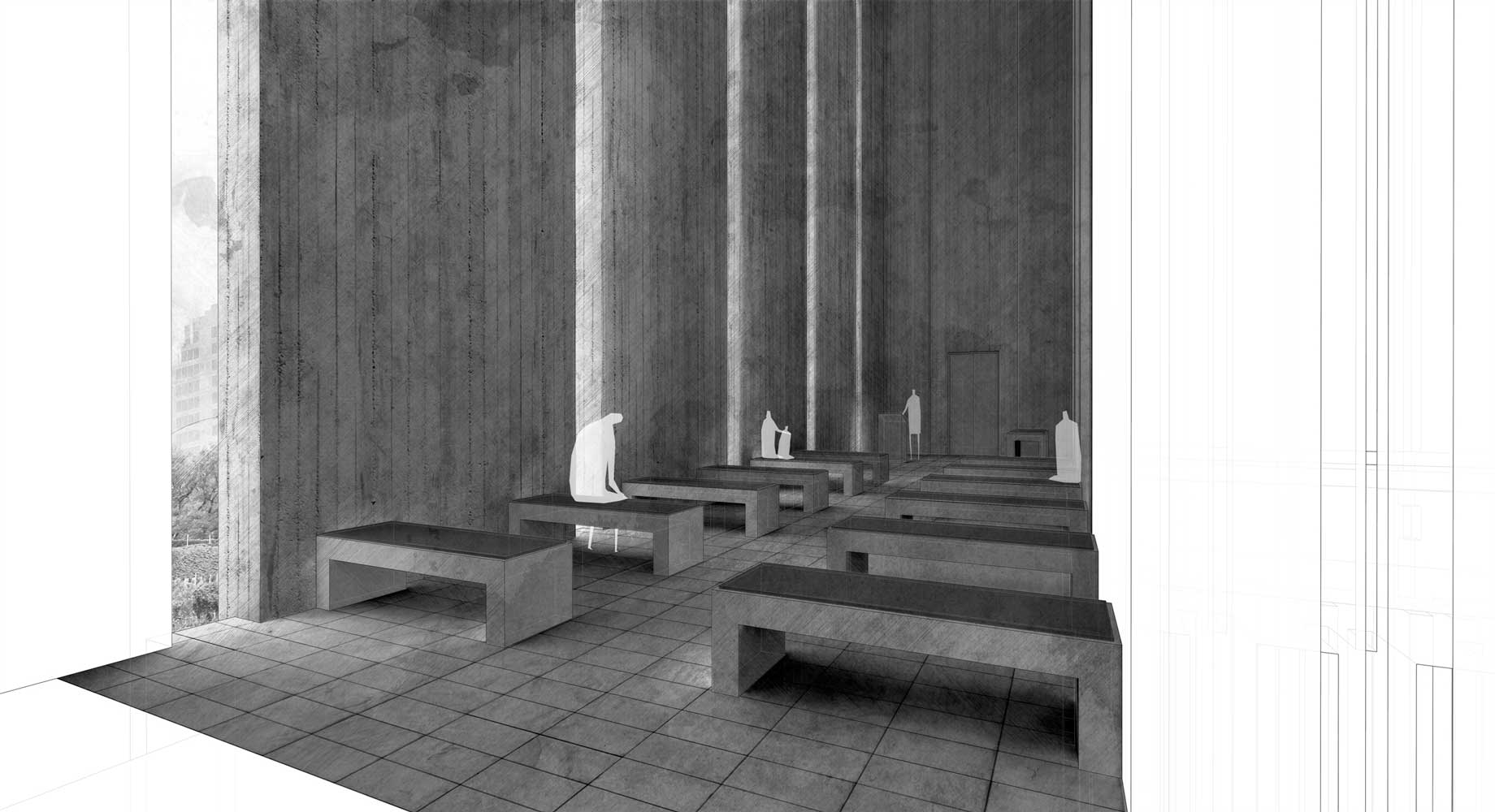 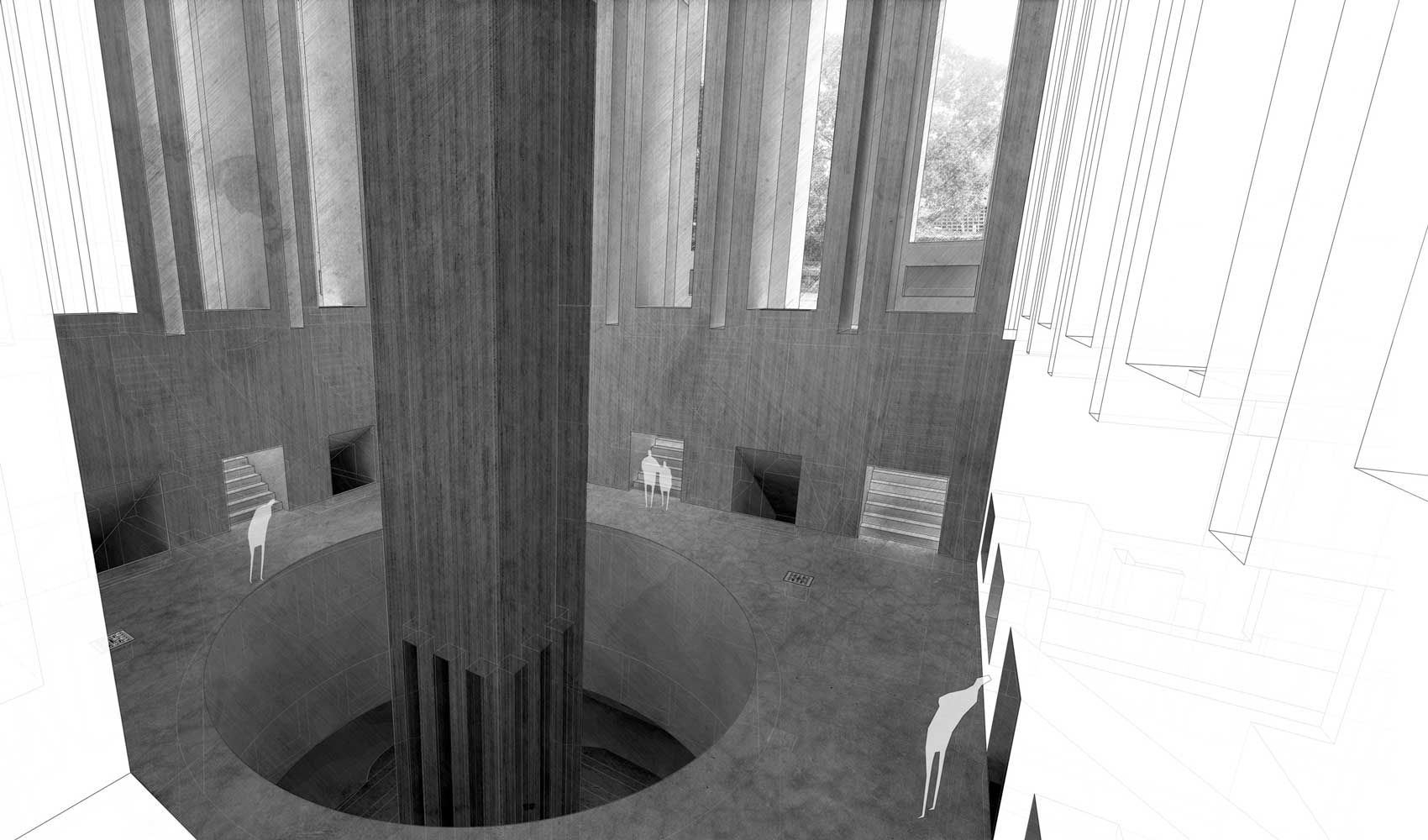 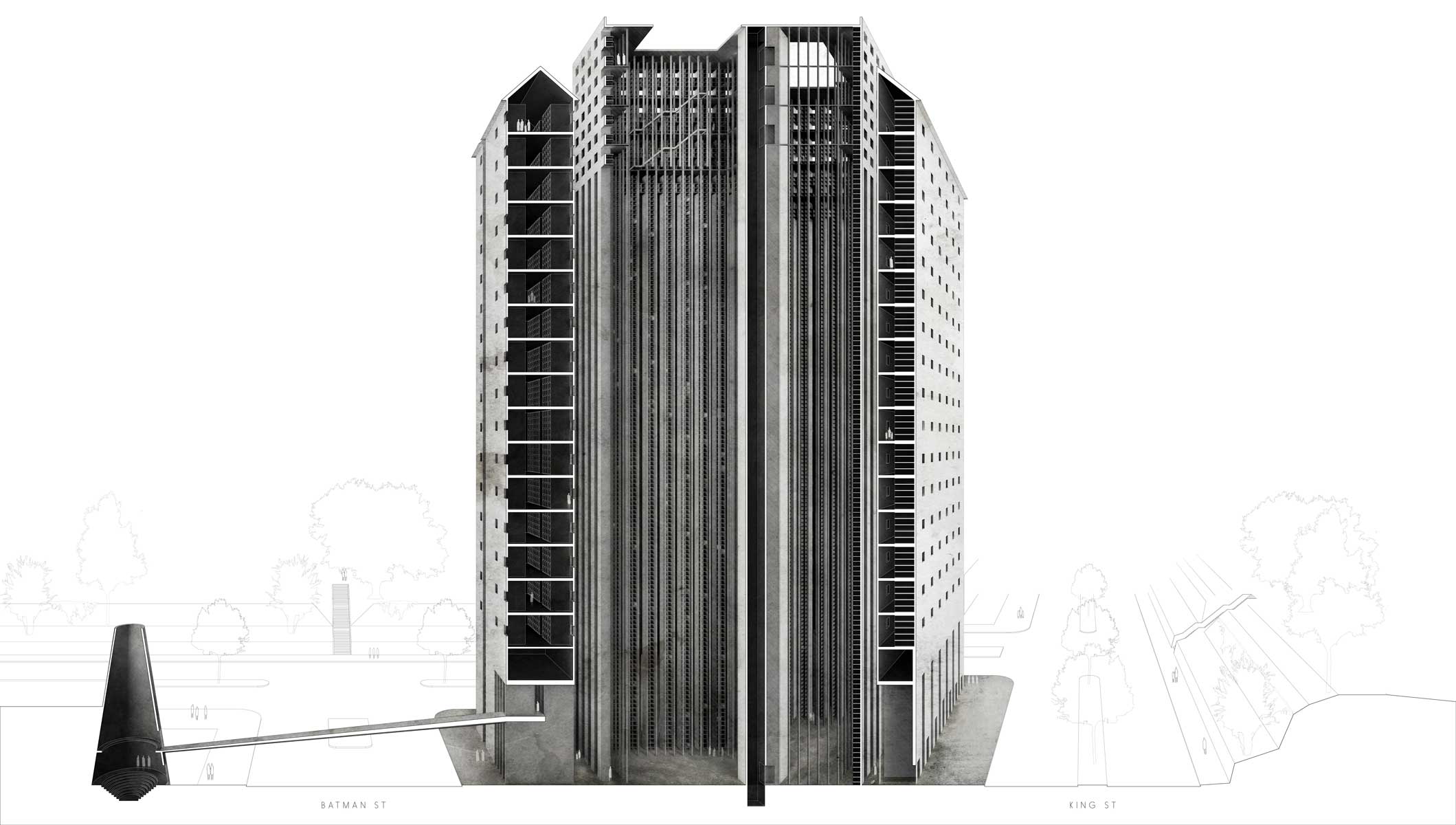 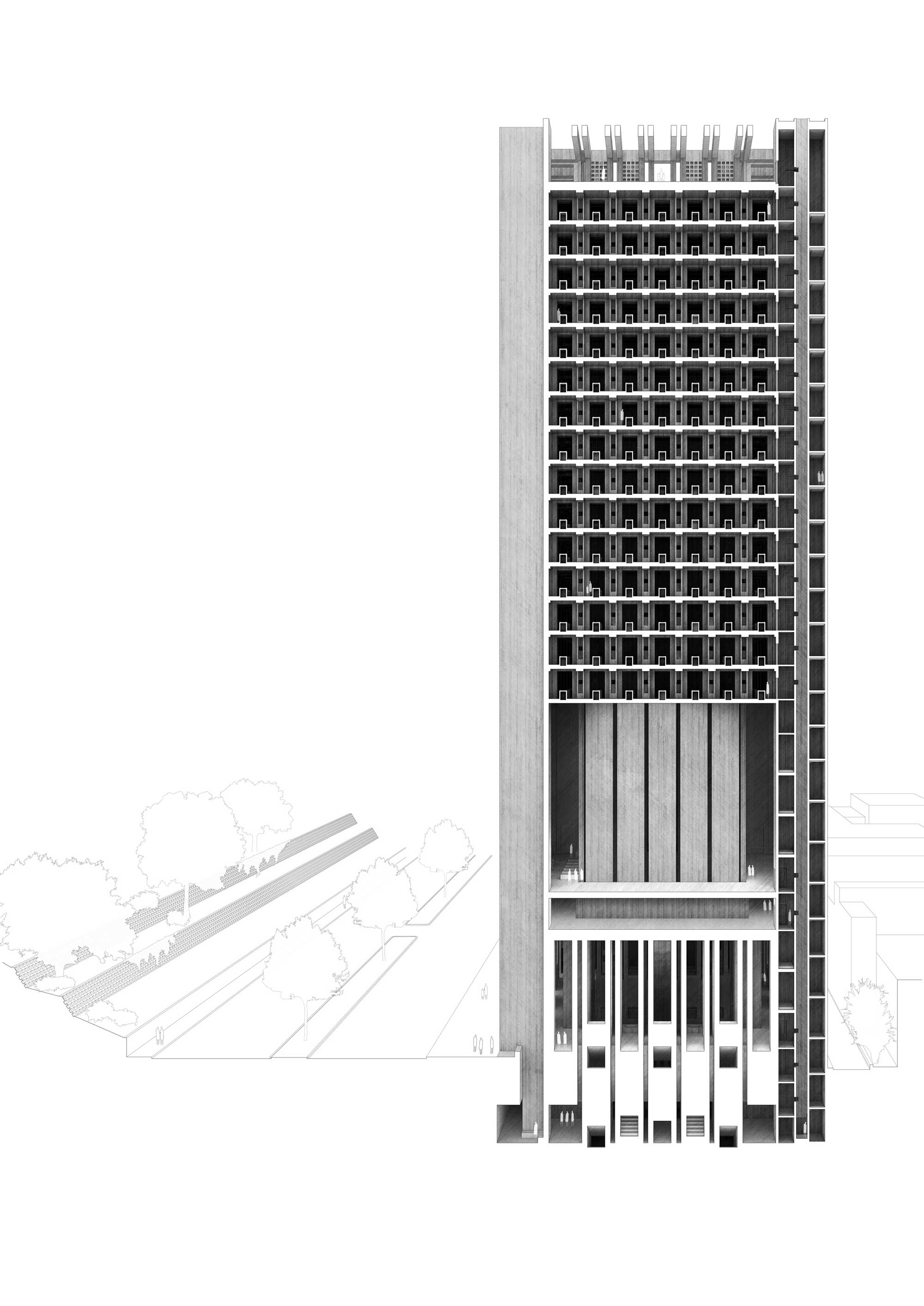 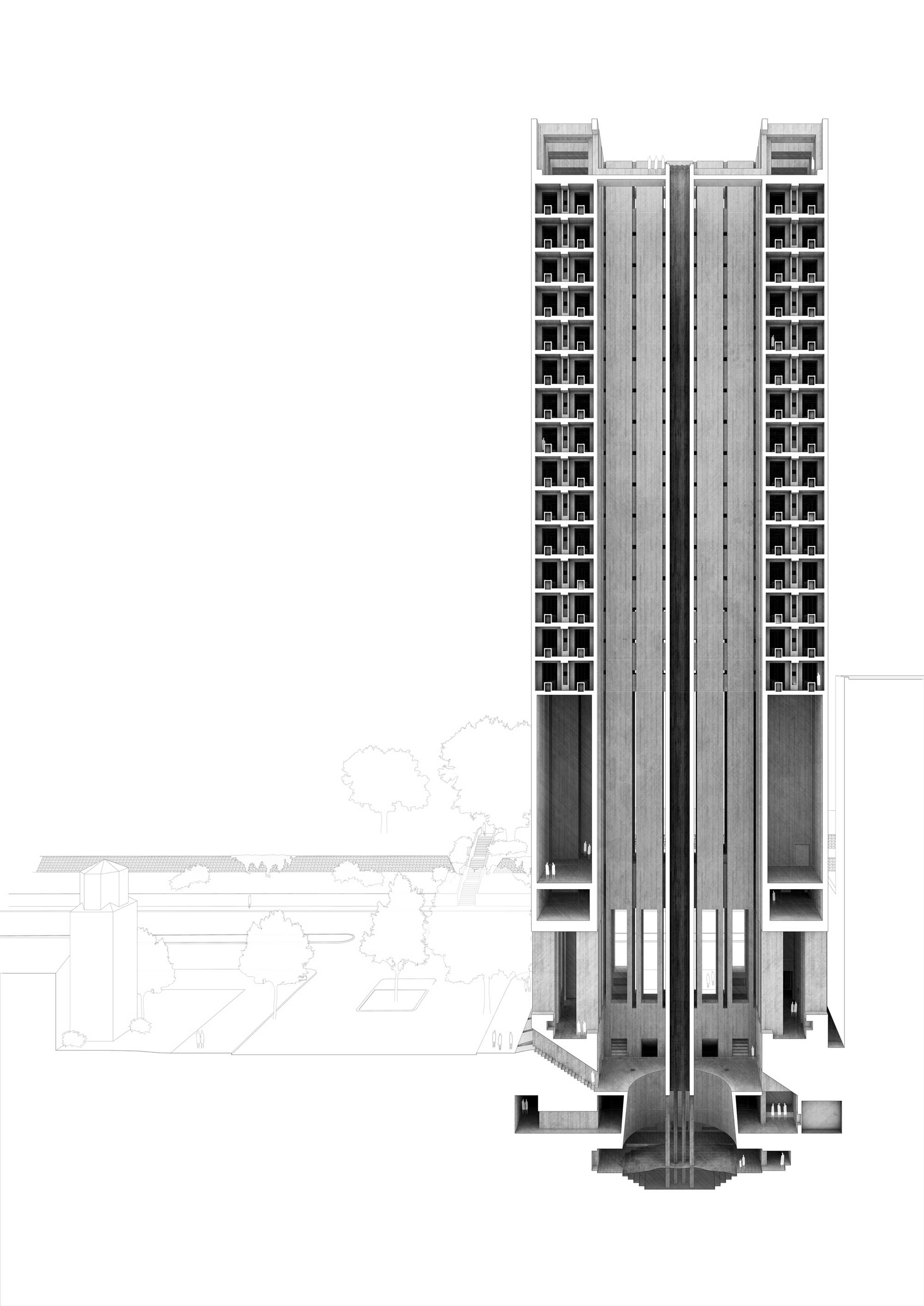 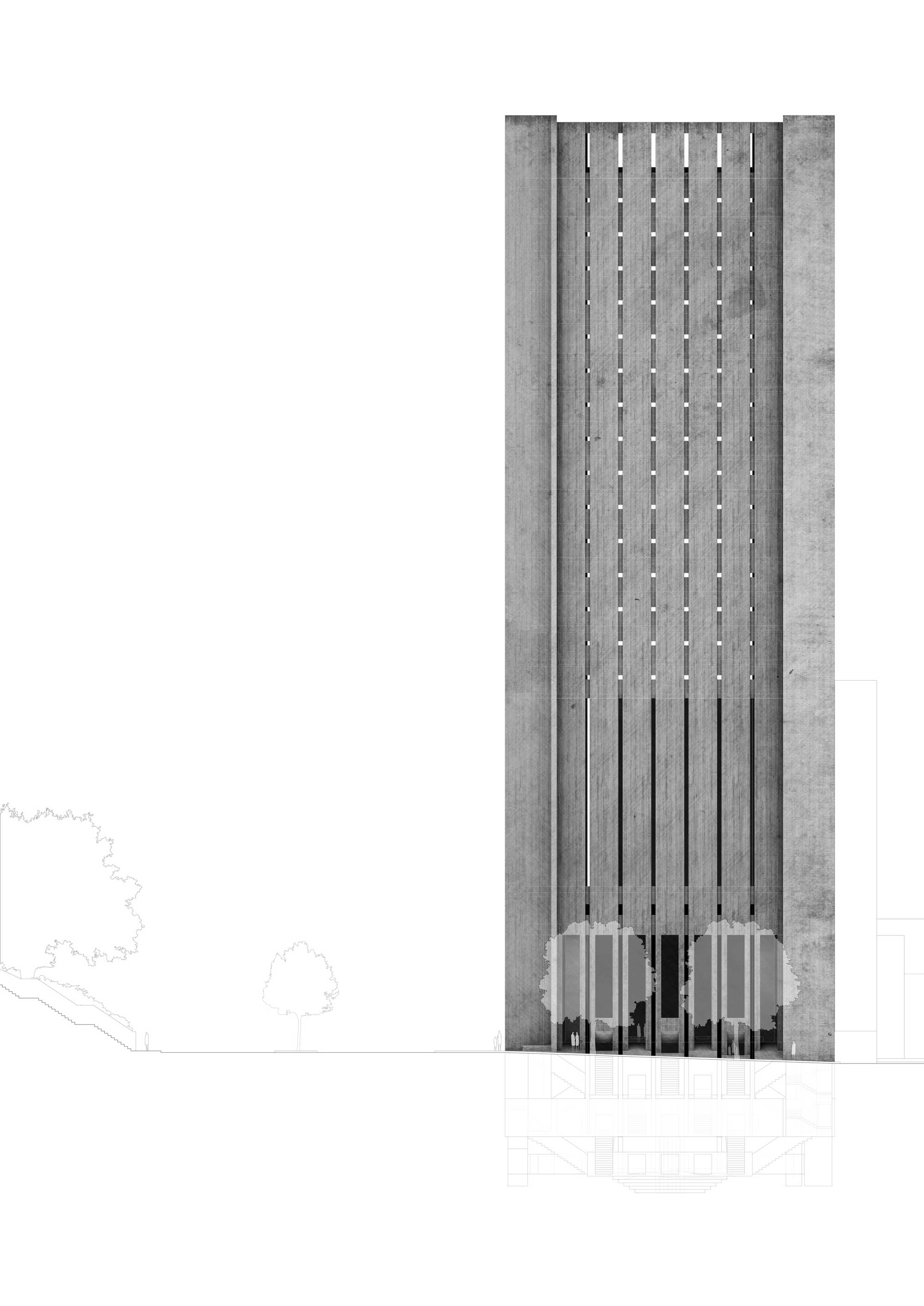 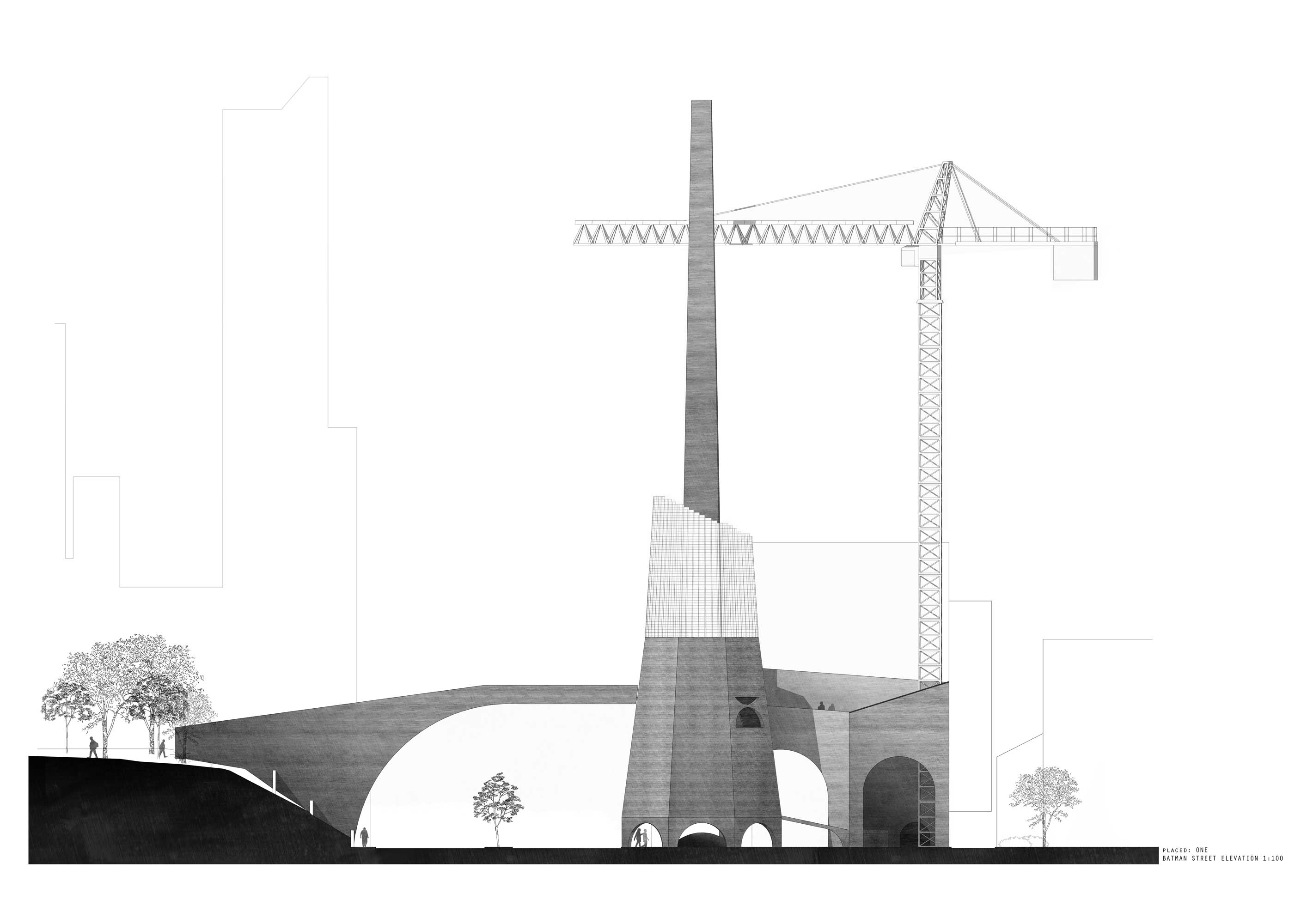 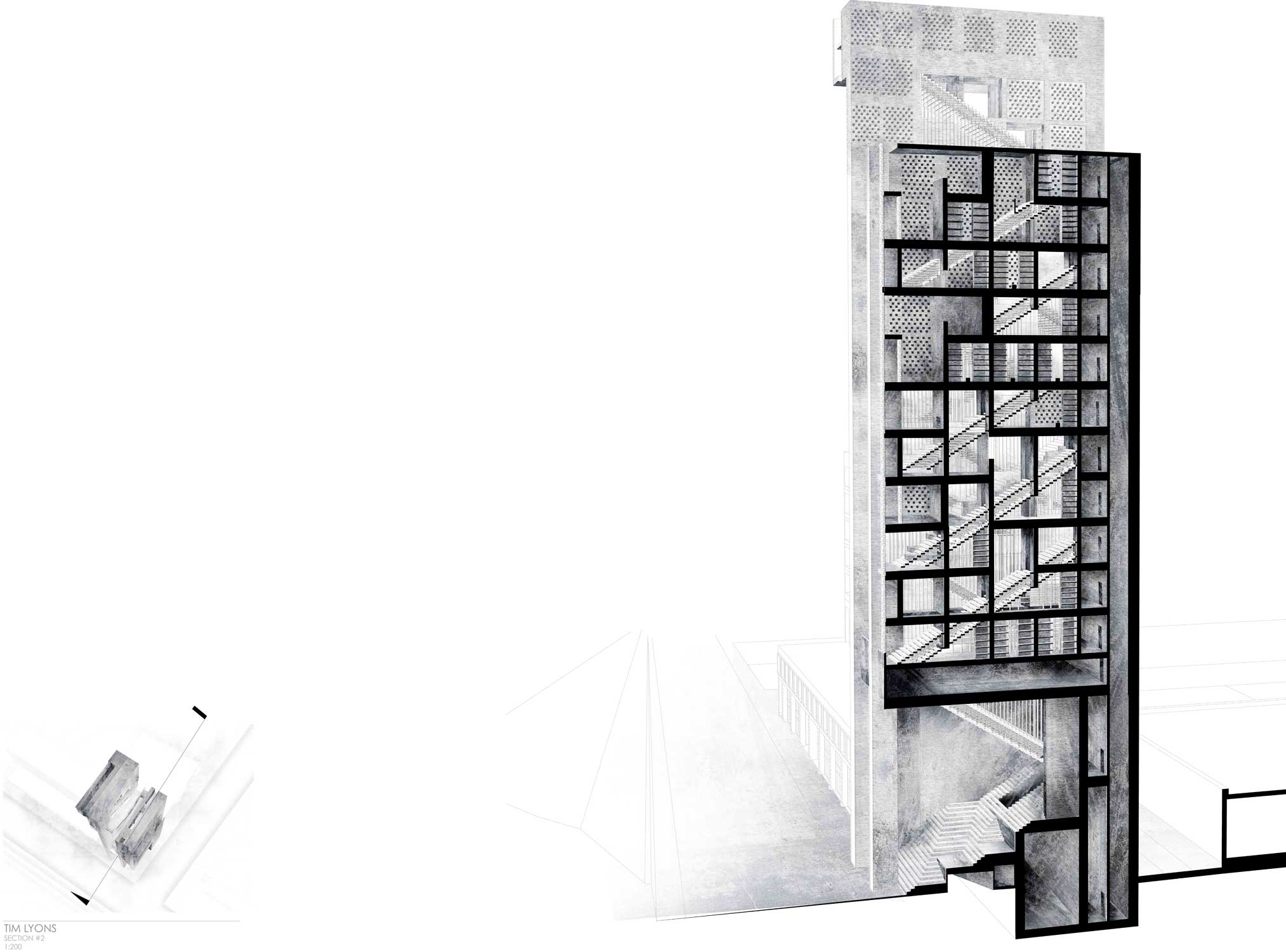 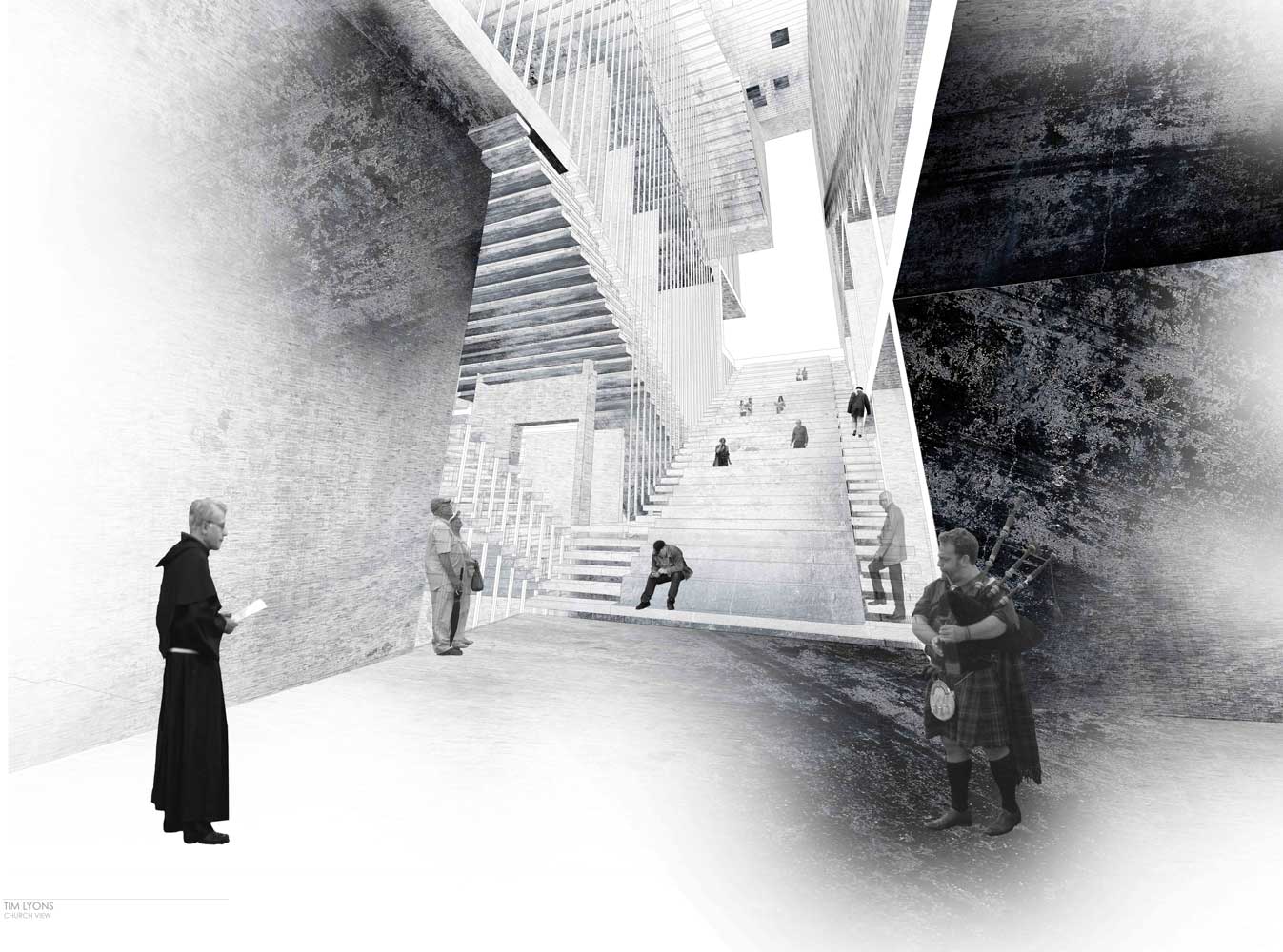 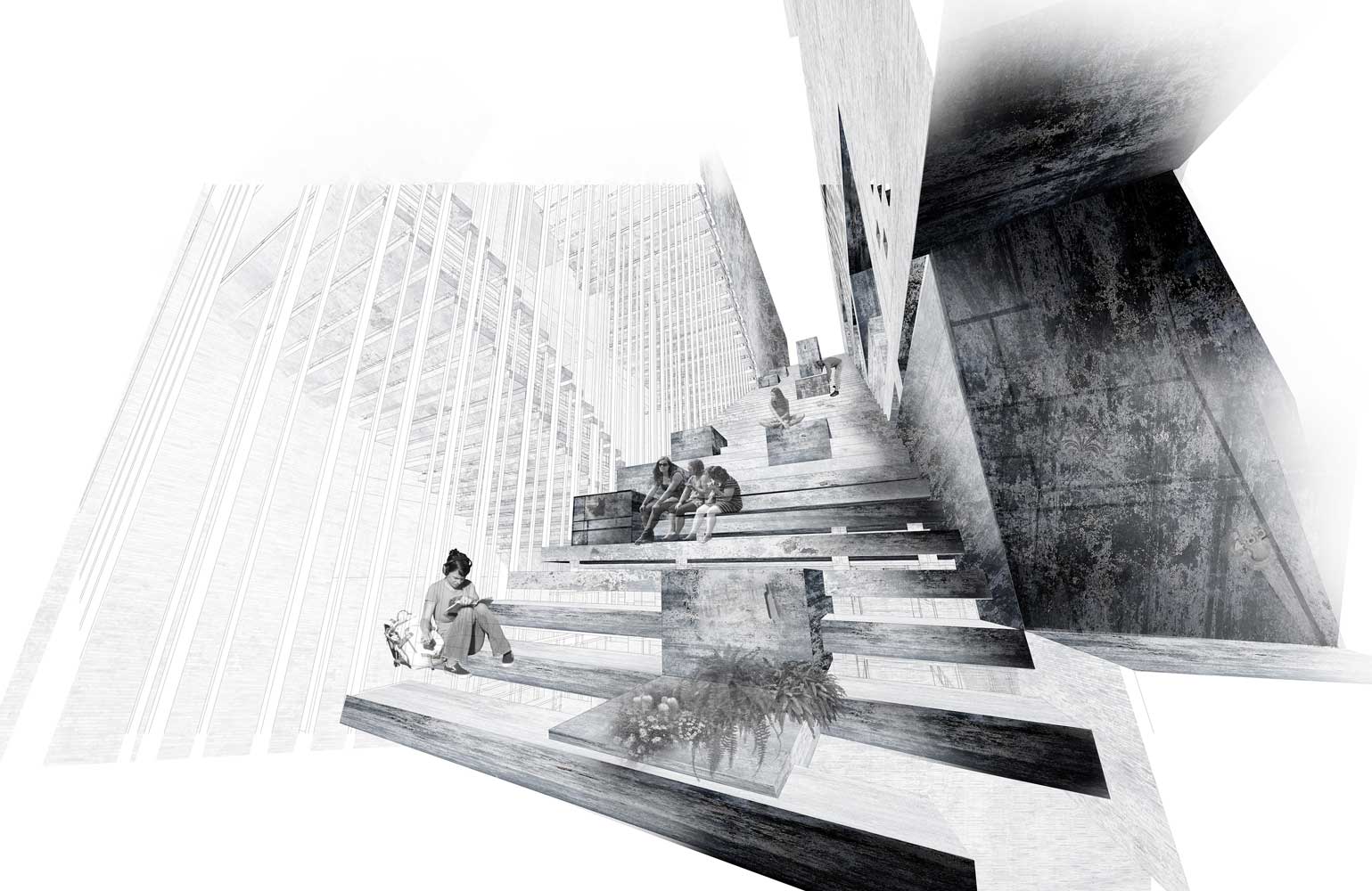 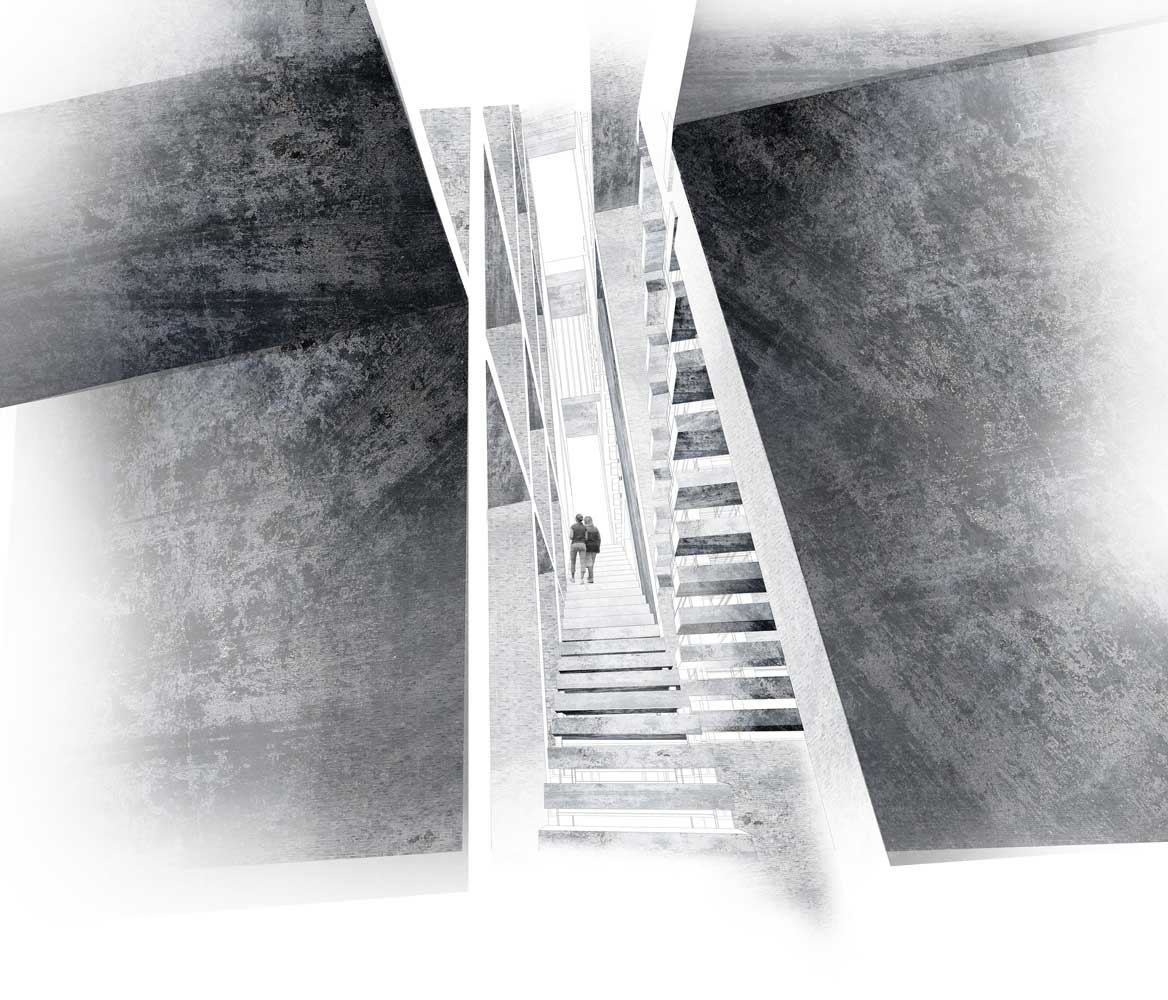 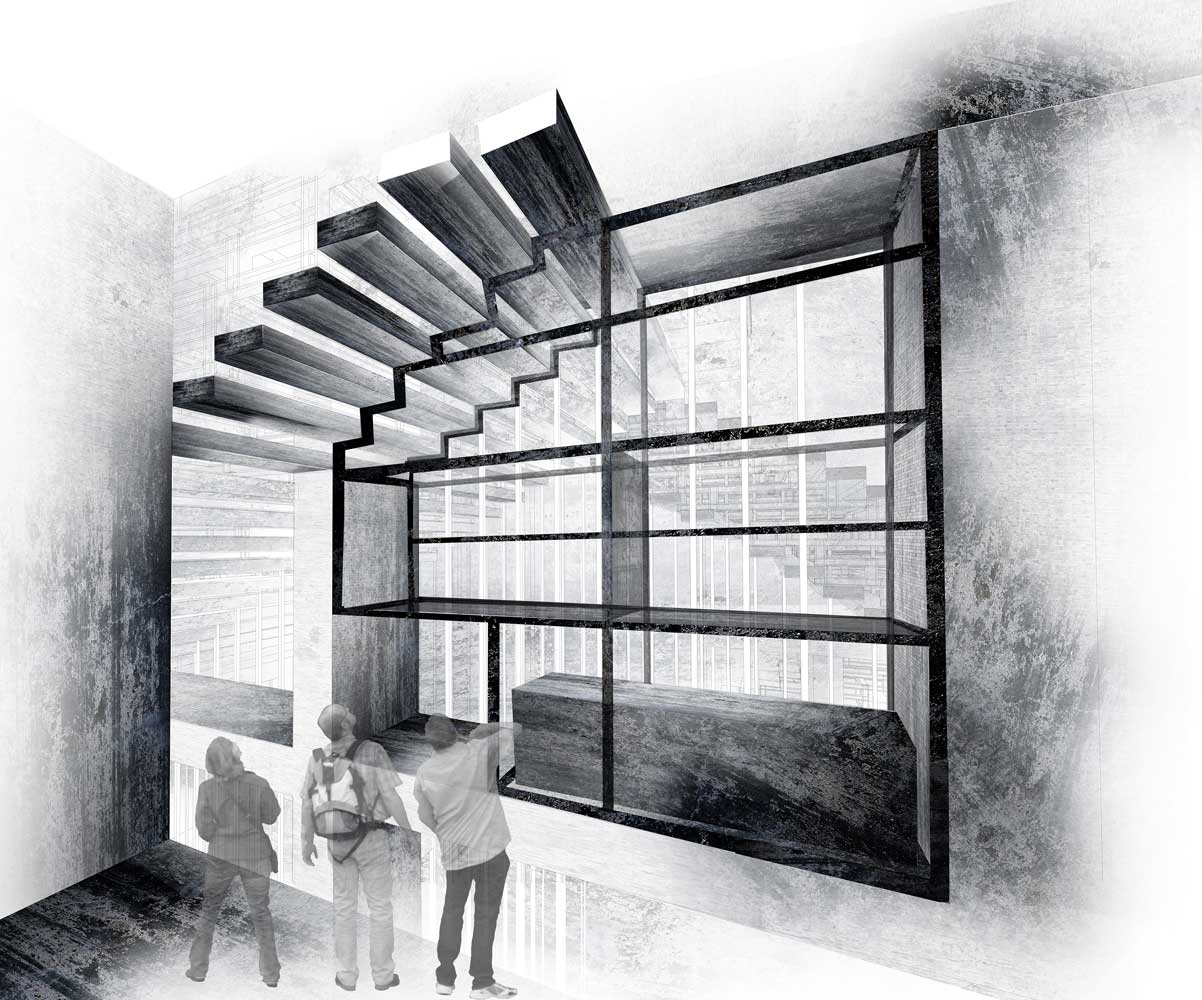 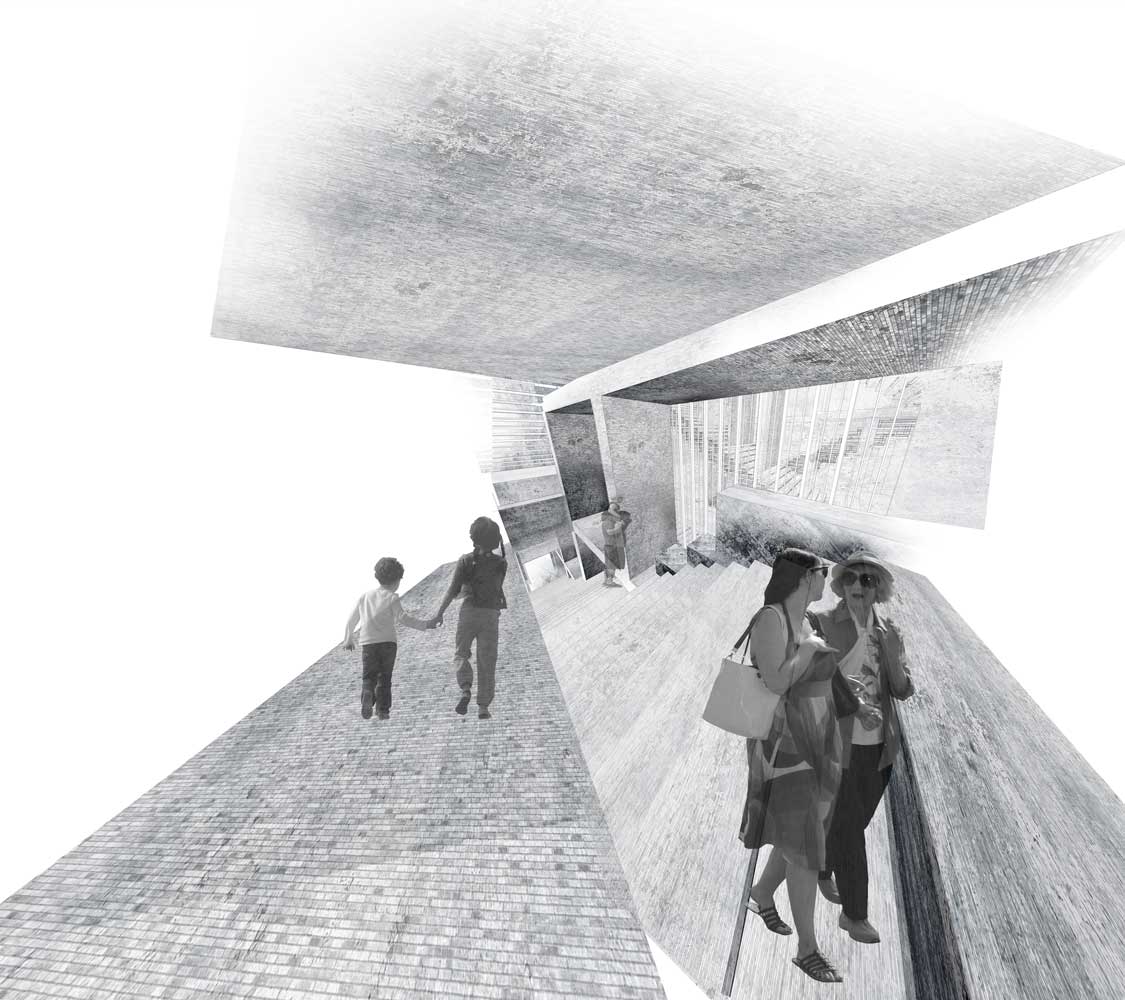 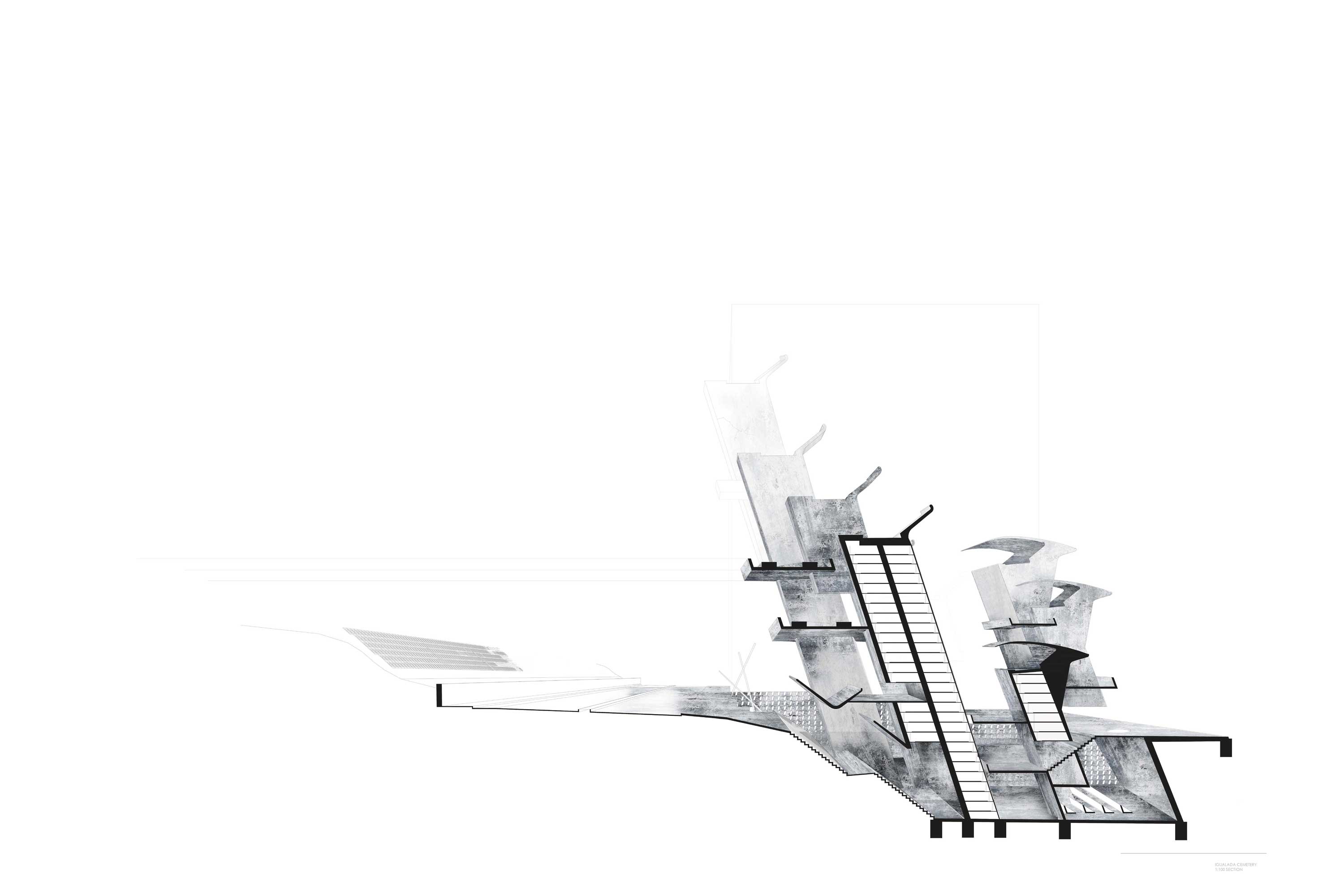 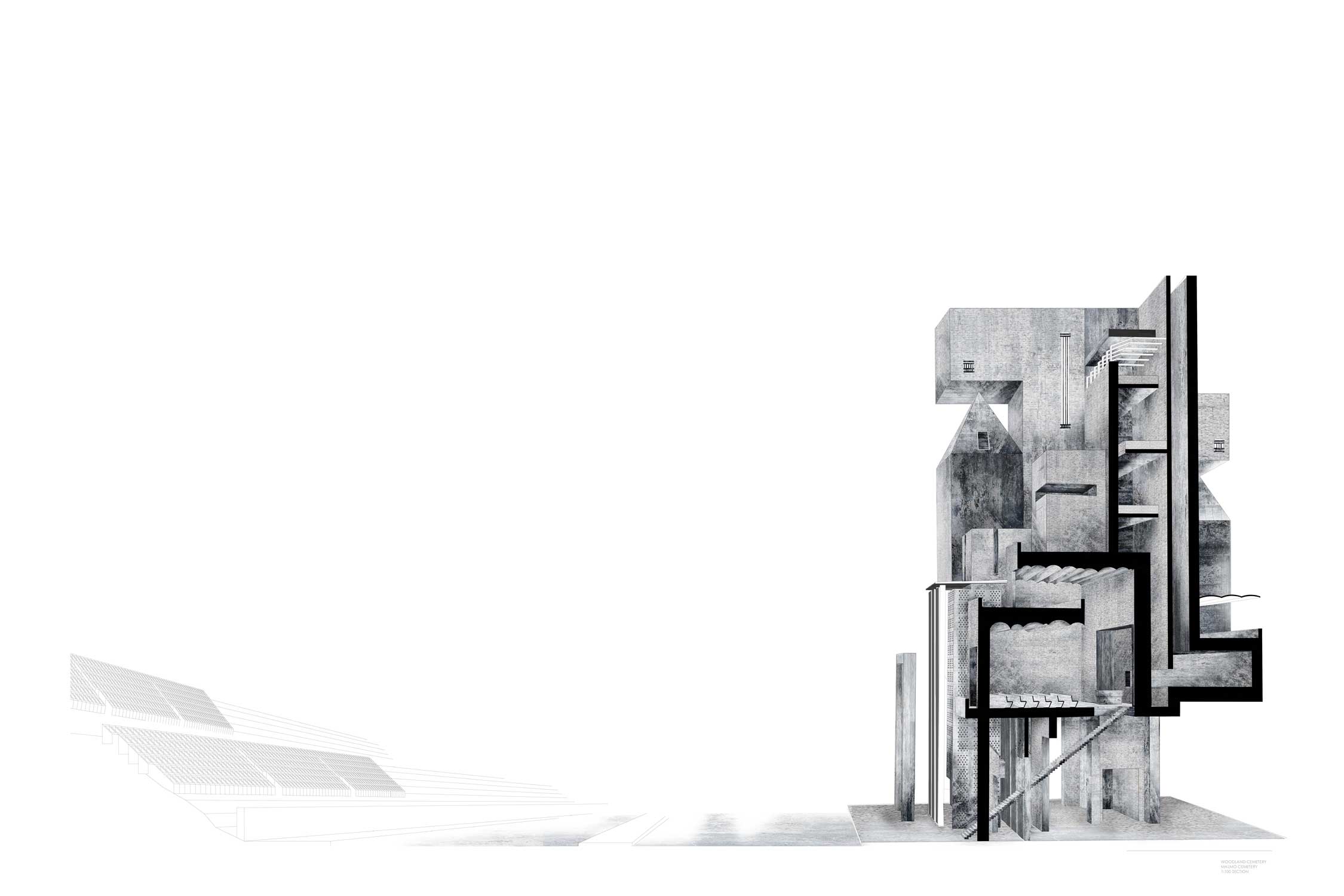 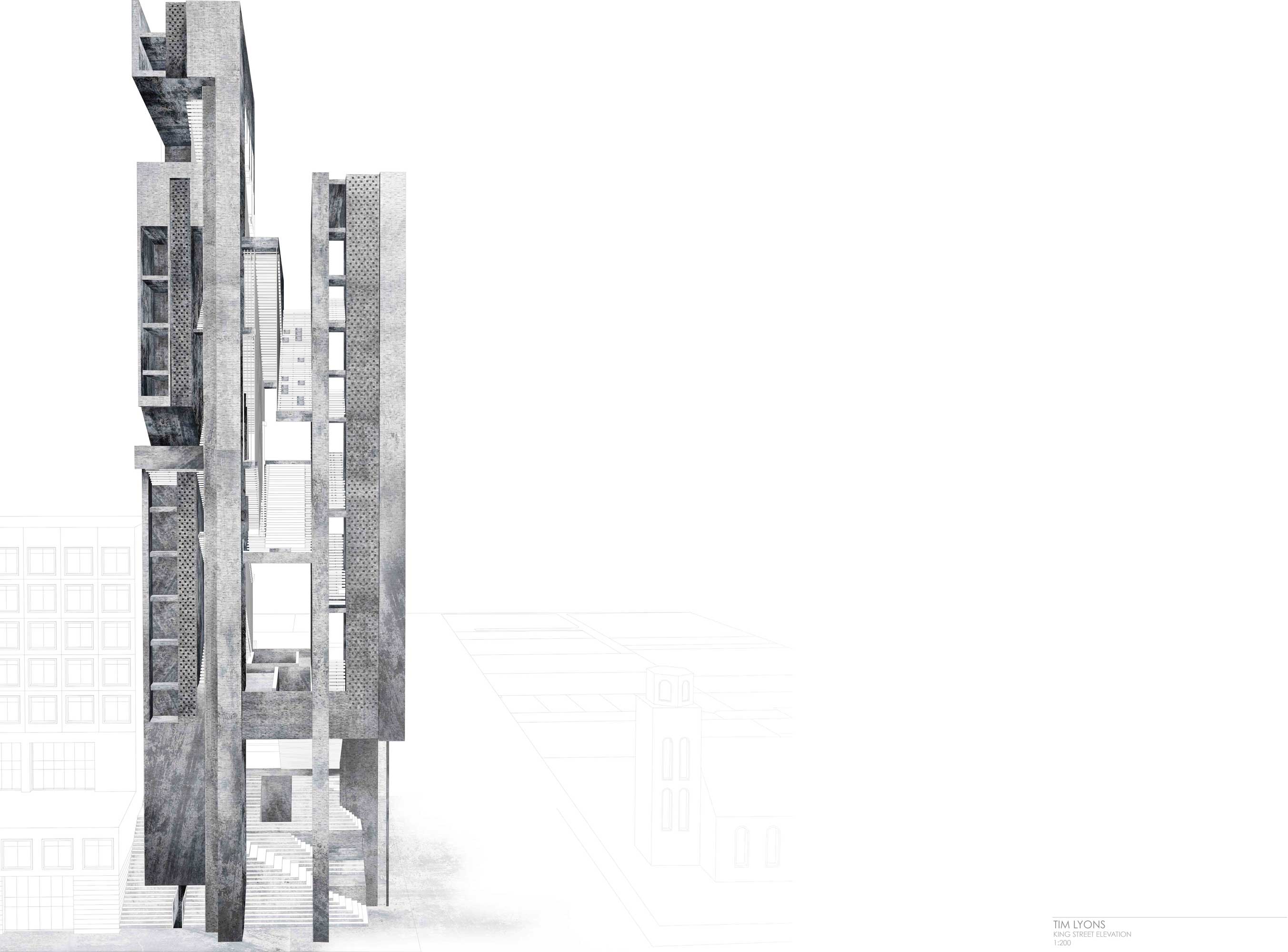 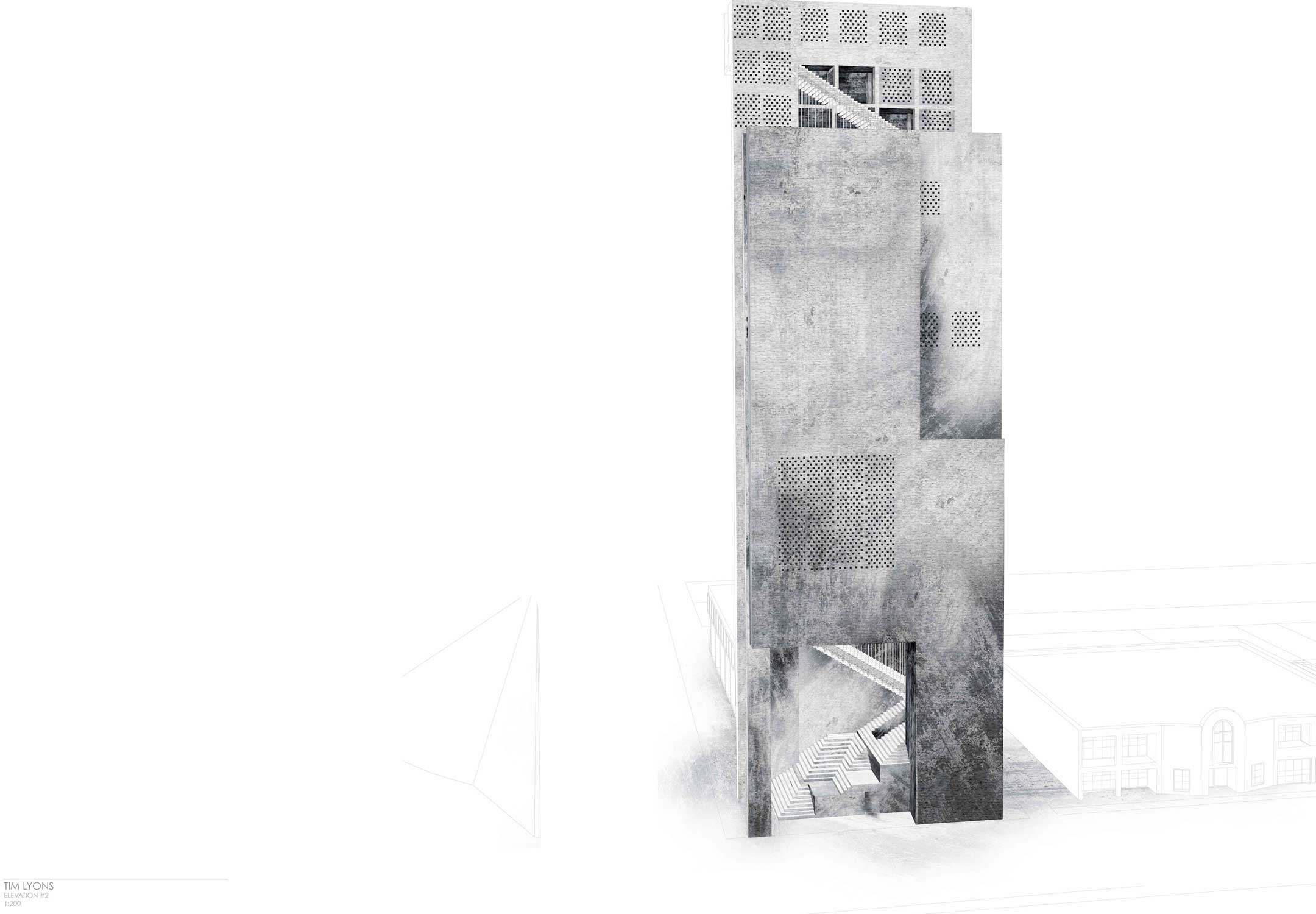 A place for mourning

A place for remembering

A place for pausing

A written and recorded history

As we are considering and developing methods for densification associated with many aspects of human occupation, it brings into question which other programs that traditionally occupy large tracks of land can be reconsidered.

The cemetery has traditionally been designed as a landscape, a park. This originates from a pragmatic response coupled with burial customs associated with the ‘resting’ of bodies.

One begins to question whether the cemetery, the associated programs and varying forms of ‘containment’ can exist in a vertical built form. What new building typology would evolve as a result? How do we rearrange a landscape into a vertical condition?

Students will be engaged with model making, rigorous site, program and precedent analysis reviewing the role of the cemetery as a civic entity while engaging with a vertical architectural condition.

The site will be located on the western periphery of Melbourne’s CBD.

The precedents that will be used as key architectural drivers throughout the semester include: