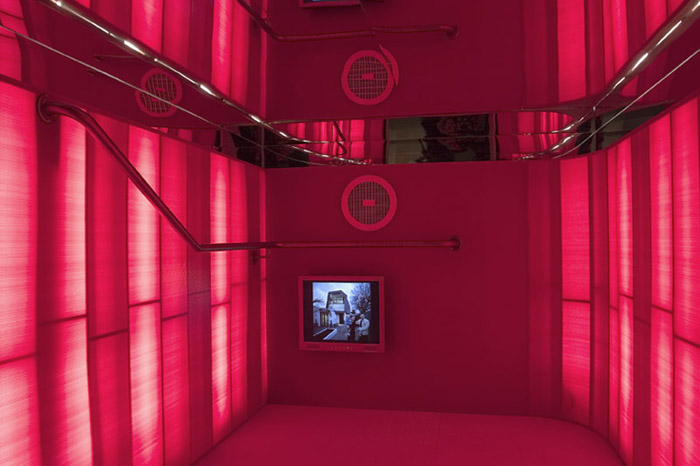 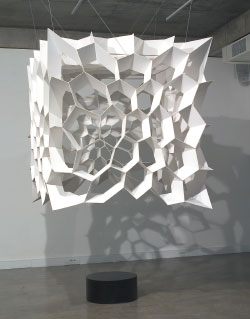 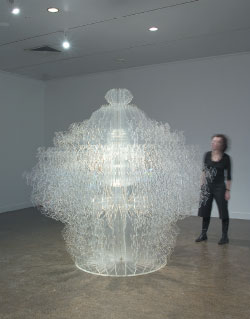 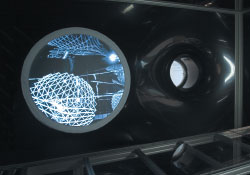 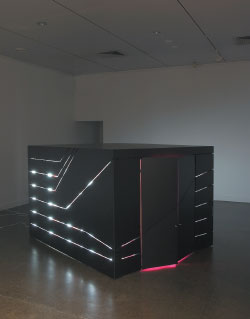 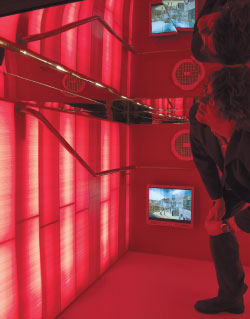 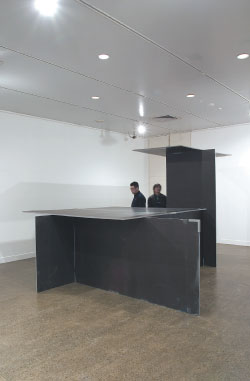 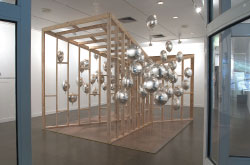 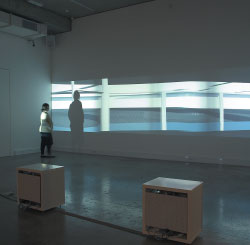 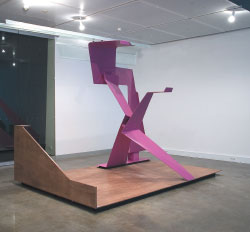 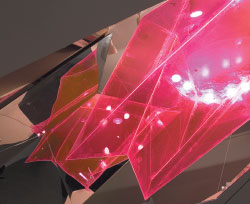 PAVILIONS FOR A NEW ARCHITECTURE

“Pavilions for New Architecture presents the creative practices of a dynamic group of contemporary architects who have emerged on the architectural scene over the past decade. The exhibition takes architecture as its central subject, employing the form of the pavilion to exhibit architecture, as well as to study the architecture of exhibition.

Monash University Museum of Art has commissioned a series of prototypes for pavilions at 1:3 scale, from a number of architectural practices formed over the past decade — offering the gallery as a spatial field in which the talents of a distinctive group of practices are given the opportunity to explore an ideal architecture.

Taking the pavilion as its subject, and as a lens through which to view the practice of architecture, Pavilions for New Architecture offers a significant opportunity for the open expression of architecture at a scale that is at once playful and provocative, speculative and rhetorical.

Visitors to the exhibition will experience a variety of experimental architectures — a honeycombed cube inhabited by the shadow of a sphere; an uncanny cabinet with a brightly-lit interior reminiscent of HAL from 2001 A Space Odyssey; a sculptural crown featuring a pole-dancer motif and a speculative imagining of the fourth dimension via cast shadows are just a few examples of the projects being developed.

The architectural form of the pavilion is itself dynamic, and characterised by speculation, fantasy and mobility. As an evolution of the tent and European fantasies of the Orient, the pavilion has flourished as a site of architectural speculation — an ornament of stately estates and a staple curiosity of the grand expositions of the 19th Century. Mies van der Rohe’s Barcelona Pavilion 1929 is renowned as an icon of modernist design. More recently, the Serpentine Gallery, London, has used the form of the pavilion to exhibit leading international architecture, with a program of annual commissions from architects such as Siza / Souto de Moura, 2005; Niemeyer, 2003; Ito, 2002; Liebskind, 2001 and Hadid, 2000. Equally, in the visual arts, artists such as Dan Graham and Jorge Pardo have elaborated the pavilion as a public building type in which the relationships between art and architecture, perception and exposition, critique and spectacle, are at the forefront.

The participating architectural practices work largely from Melbourne, and are linked as a group by new models of collaboration and support, most particularly as a result of their engagement with new technologies, information economies and media-scapes, and local/global questions around urbanism. Pavilions for New Architecture steps outside of the specific contingencies of client, site, economy and utility, to offer a signature design opportunity to an outstanding group of contemporary architectural practices. The exhibition and publication will present nine prototypes for new pavilions, by nine architectural practices, where the pavilion is developed as an expression of their respective architectural design principles, and as a form through which each practice might be represented.”