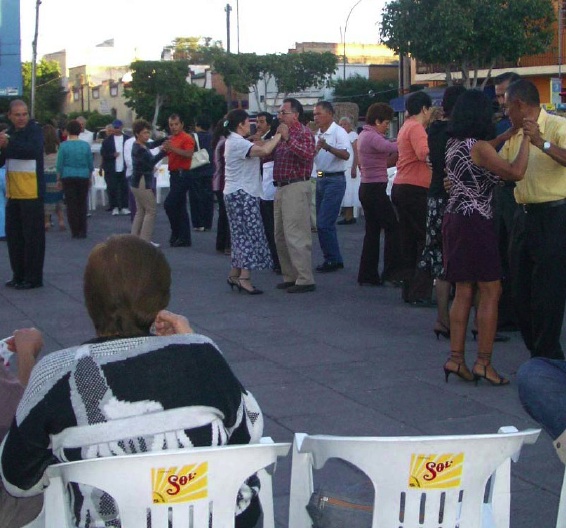 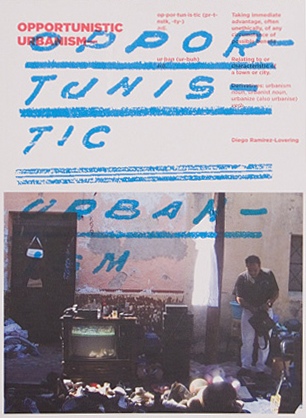 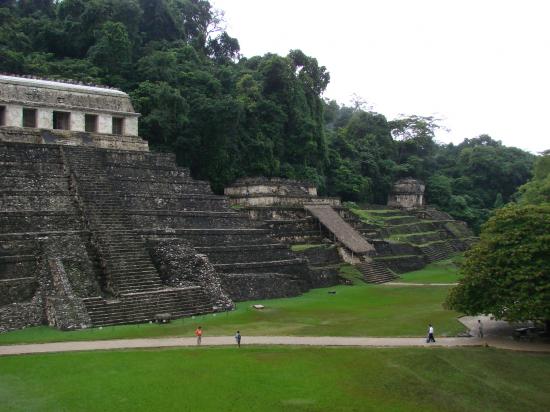 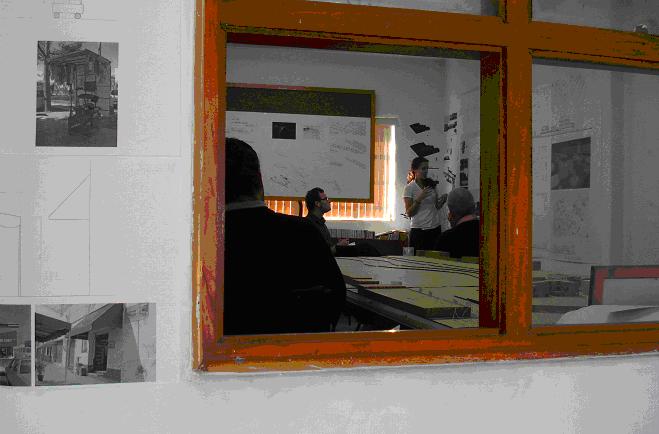 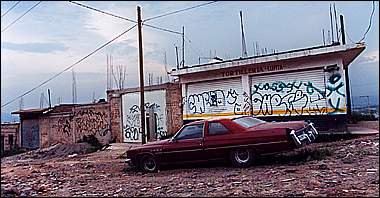 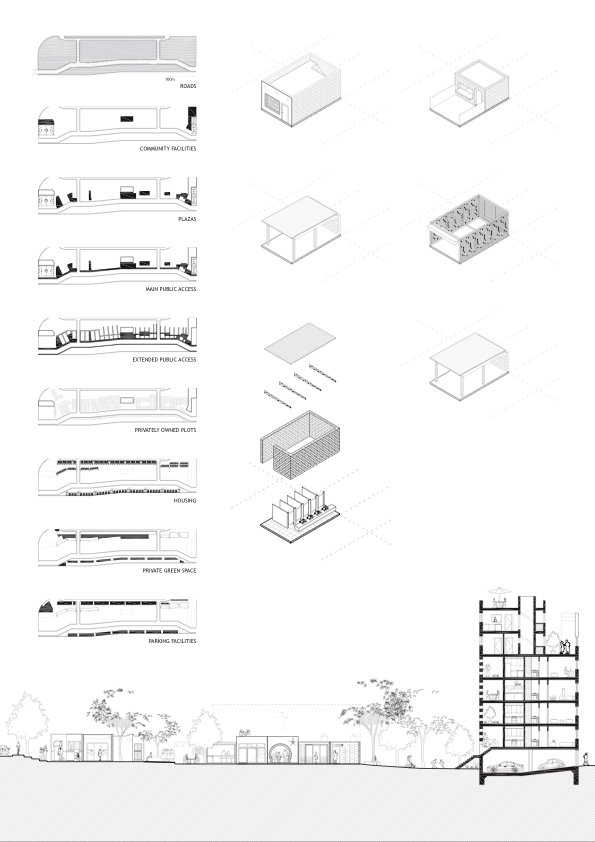 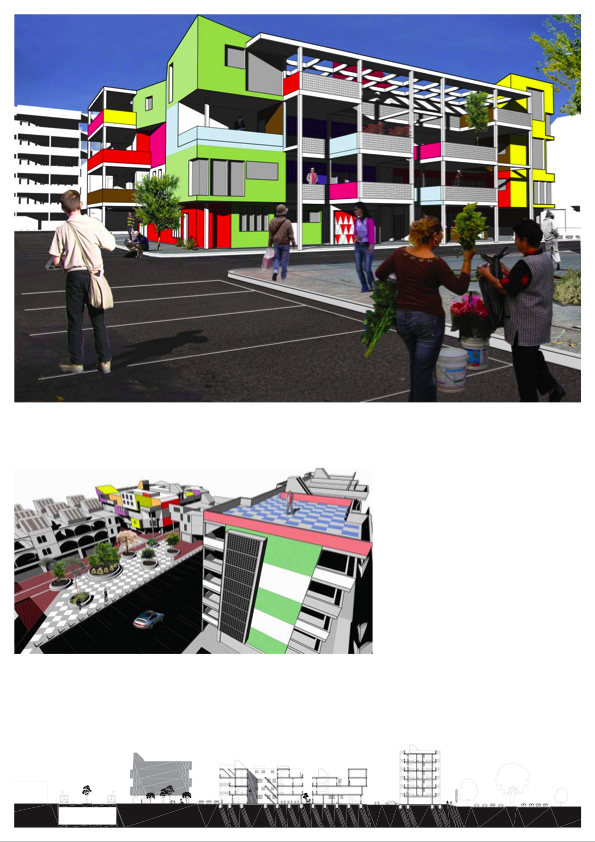 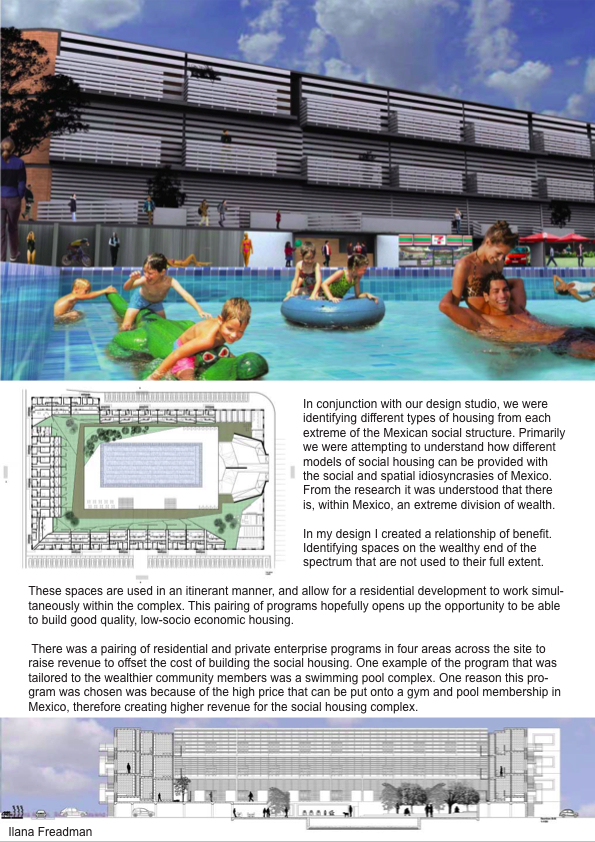 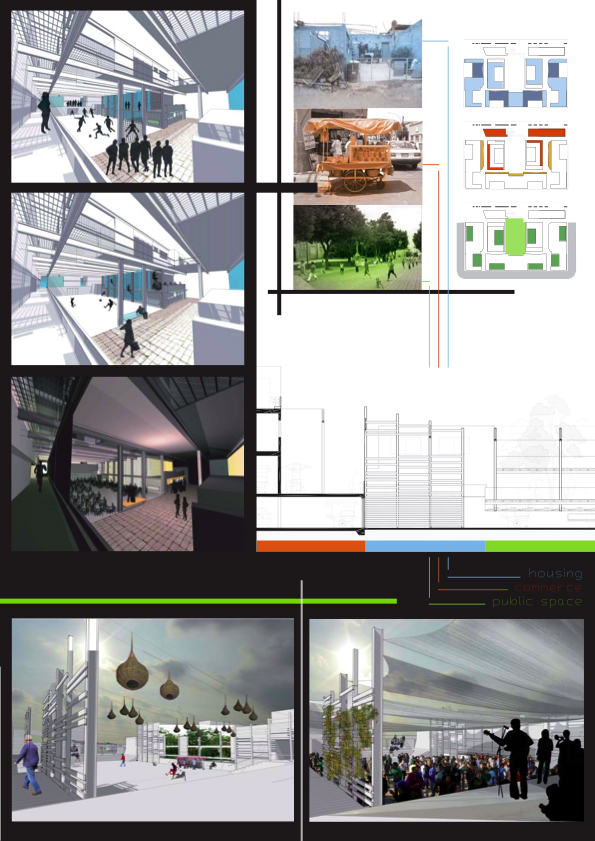 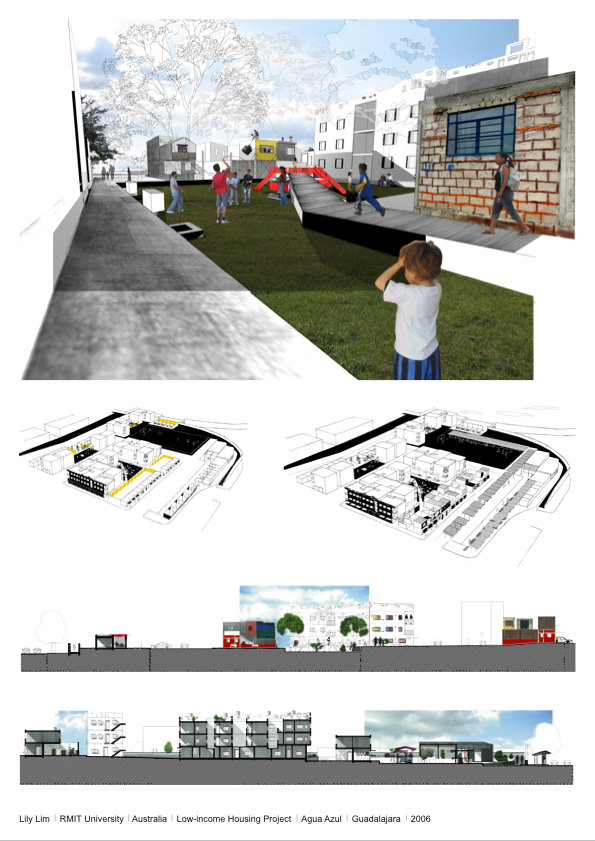 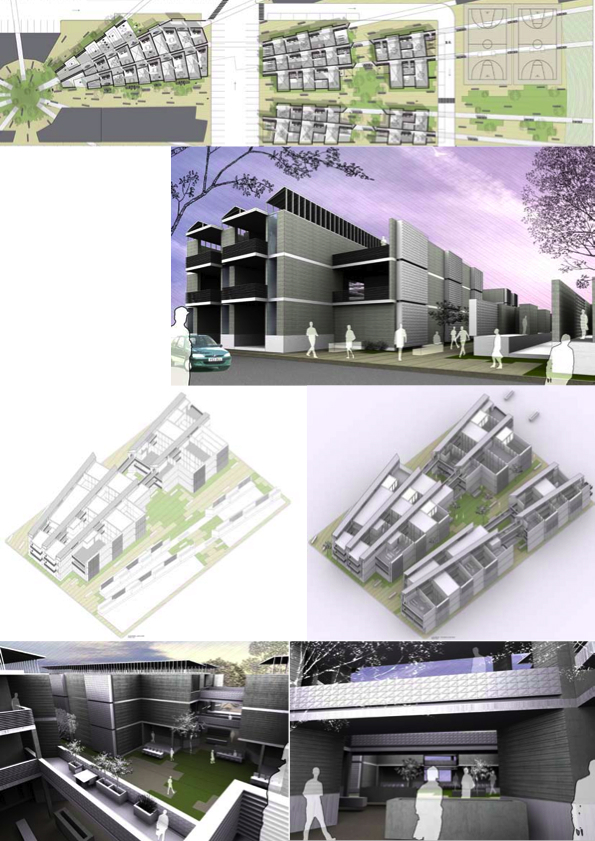 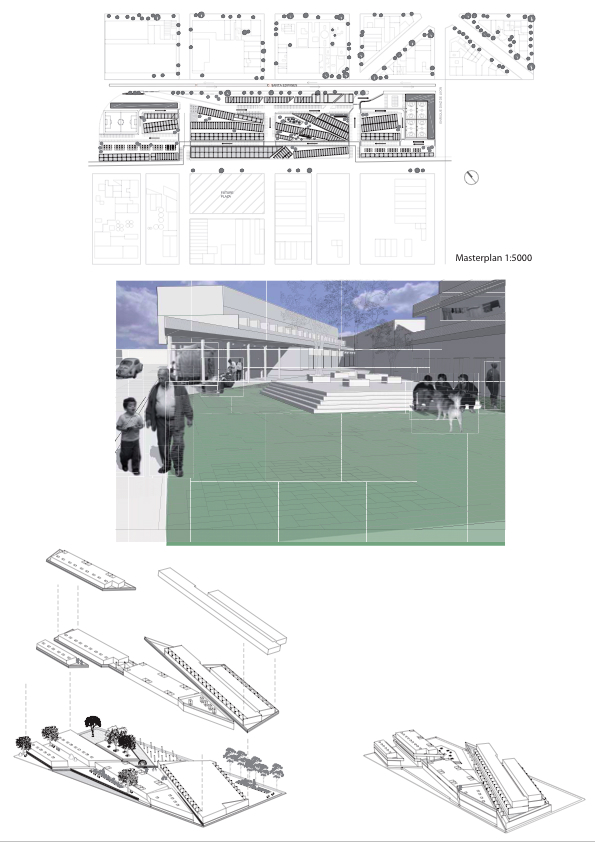 The semester’s laboratory was the city of Guadalajara. The socio-economic situation of the city epitomises the quandary faced by most urban agglomerations in developing nations:

A population predominantly composed of a low socio-economic strata and an increasingly inequitable distribution of wealth. This condition is exacerbated by a corrupt and inefficient federal government complemented by a myriad of highly bureaucratic, corrupt and self-serving state and municipal governing bodies.

The socio-spatial arrangement of the city has thus followed suit. There exists a marked and highly visible divide in the city’s fabric. The lowest socio-economic strata of the population are housed in sectors of the city at its periphery that lack adequate provision of social, economic and servicing infrastructures needed to subsist. The high socio-economic sector, on the other hand, inhabits a different city, one that thrives in highly serviced, protected sectors of the city.

This city, traditionally Mexico’s capital of small-scale family owned factories and workshops, has a population of around 5 million. The recent and dramatic growth in population numbers, primarily due to rural migration, has created an unprecedented demand for housing of all types and in particular low-income or social housing. Due to the high land prices within the metropolitan area, approximately 25% of Guadalajara’s population is housed in informal settlements and shanties (viviendas marginales) in the city’s periphery. These peripheral settlements, usually built on unserviced land in flood areas or highly difficult terrain generally unsuitable for housing, are isolated clusters, far from commercial activity and employment. Shanty-dwellers are thus forced to commute great distances to reach work and urban services. This process of colonisation creates an entirely different sub-system of economic, cultural and social relationships, one that thrives on opportunistic entrepreneurship.

The OPPORTUNISTIC URBANISM Design Studio focused on the reinsertion of alternative models of low income housing into established urban areas of Guadalajara and created speculative propositions that engaged the urban situation in a very direct way. It focused on the relationships to the urban context and its socio-spatial idiosyncrasies, attempting to maximise the sites and conditions of opportunity in the urban fabric.

The overall aim was to design a housing complex to contain a range of functions to facilitate ‘new economy’ models of inhabitant self-sufficiency. To achieve this, the projects wove themselves into key areas of the existing urban fabric, creating and strengthening interrelationships between a network of introduced and existing programs in these areas.

By necessity, this became a highly filigreed and nuanced approach, one that thrives on the opportunistic use of overlooked and under utilized spaces and programs.

The studio proposed that fragments, voids, and leftover, underutilized or overlooked urban spaces could be transformed to support hybrid and layered programs for flexible, low-income housing, civic and commercial uses, and public spaces.

The city of Guadalajara, like many others urban centers in the global south, is characterized by an exploding population and a rapidly expanding urban territory. Large, disenfranchised segments of the population in this vulnerable economy have become displaced with little access to socio-economic infrastructures. To contend with such pressures, many turn to a well established culture of informality where housing, commerce and public space – the fundamental elements of city life – are shaped by the ad hoc, the contingent and the easily obtainable. This is a city governed by opportunity – an Opportunistic Urbanism. The book is the result of a process of urban interrogation, an attempt to make some sense of the myriad informal activities that shape the city of Guadalajara.

This publishing project is the outcome of a UMAP-funded international academic exchange between the RMIT Architecture Program in Melbourne and Escuela Superior de Arquitectura in Guadalajara, México. It is supported by an RMIT Design Research Institute research grant.

Diego Ramirez-Lovering supervised this project as a Lecturer in the RMIT Architecture Program in 2006-07. He is currently the Bachelor of Architectural Design Program Coordinator at Monash University.