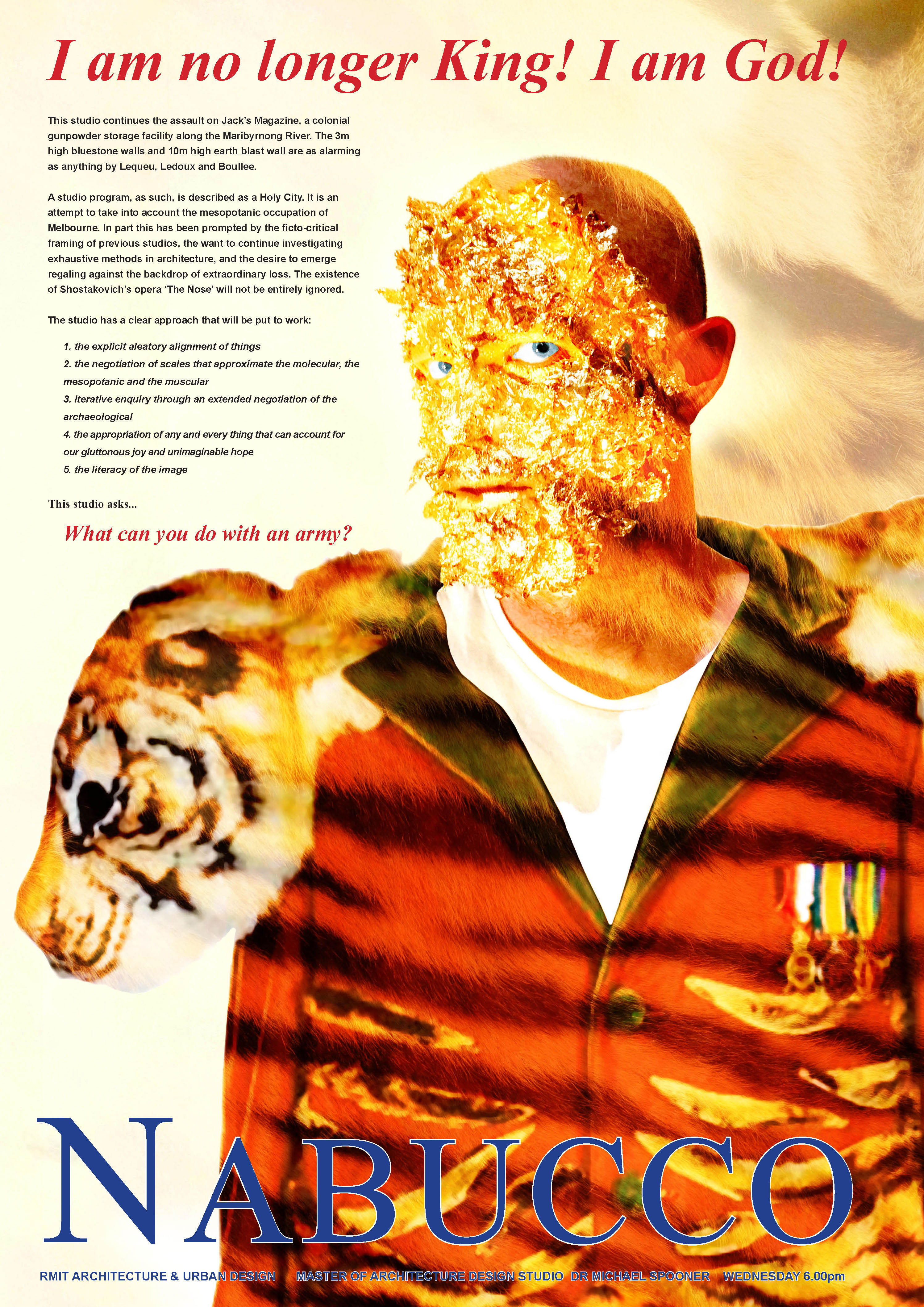 NABUCCO continues the assault on Jack’s Magazine, a colonial gunpowder storage facility along the Maribyrnong River. The 3m high bluestone walls and 10m high earth blast wall are as alarming as anything by Lequeu, Ledoux and Boullee.

A studio program, as such, is described as a Holy City. It is an attempt to take into account the mesopotanic occupation of Melbourne. In part this has been prompted by the ficto-critical framing of previous studios, the want to continue investigating exhaustive methods in architecture, and the desire to emerge regaling against the backdrop of extraordinary loss. The existence of Shostakovich’s opera ‘The Nose’ will not be entirely ignored.

The studio has a clear approach that will be put to work:
1. the explicit aleatory alignment of things
2. the negotiation of scales that approximate the molecular, the mesopotanic and the muscular
3. iterative enquiry through an extended negotiation of the archaeological
4. the appropriation of any and every thing that can account for our gluttonous joy and unimaginable hope
5. the literacy of the image

This studio asks…  What can you do with an army?