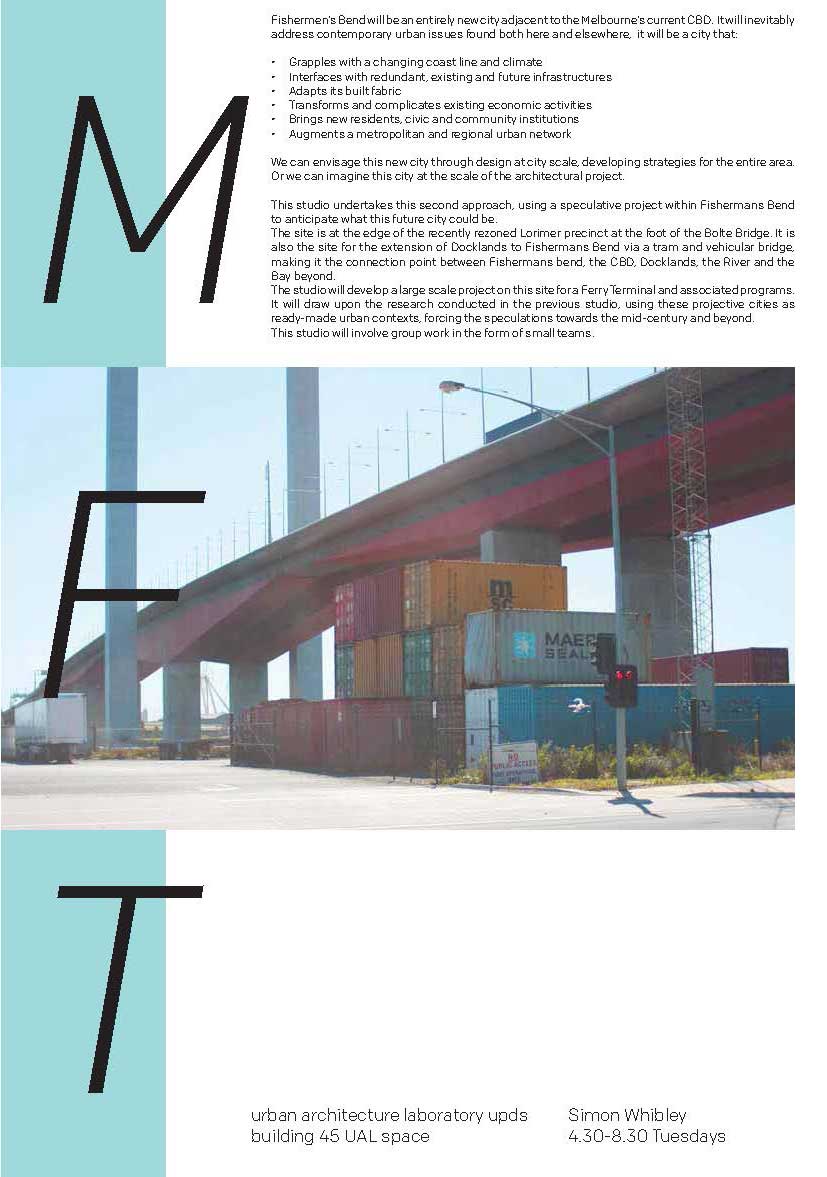 Fishermen’s Bend will be an entirely new city adjacent to the Melbourne’s current CBD. It will inevitably address contemporary urban issues found both here and elsewhere, it will be a city that:

– Grapples with a changing coast line and climate

We can envisage this new city through design at city scale, developing strategies for the entire area. Or we can imagine this city at the scale of the architectural project. This studio undertakes this second approach, using a speculative project within Fishermans Bend to anticipate what this future city could be.

The site is at the edge of the recently rezoned Lorimer precinct at the foot of the Bolte Bridge. It is also the site for the extension of Docklands to Fishermans Bend via a tram and vehicular bridge, making it the connection point between Fishermans bend, the CBD, Docklands, the River and the Bay beyond.

The studio will develop a large scale project on this site for a Ferry Terminal and associated programs. It will draw upon the research conducted in the previous studio, using these projective cities as ready-made urban contexts, forcing the speculations towards the mid-century and beyond. This studio will involve group work in the form of small teams.