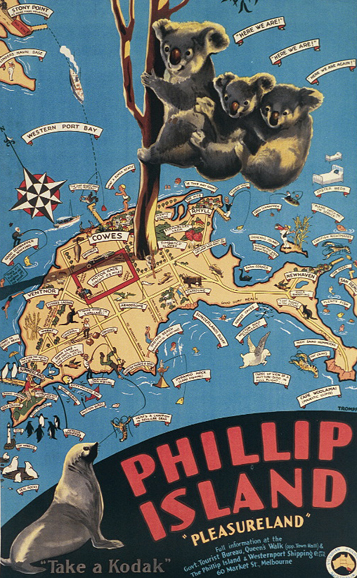 This international  architecture workshop series was hosted by RMIT in Melbourne, Australia
in semester 02, 2004

Seachange is a recent demographic trend affecting Australian rural, and particularly coastal areas. Urban professionals, dissatisfied with the pressures of urban life are choosing to move from the cities in search of a simpler, more satisfying, lifestyle.

Coastal towns are seen as being ‘closer to nature’ and harbouring an integrated community life. These places are seen, certainly from the perspectives of the city, as particularly attractive as places to make a new life. Paradoxically, however it is these very qualities that are put under threat by the influx of population to these places.

This idea of the country as being somehow redemptive of the ills of the city is not a new theme. This romantic idea is currently undergoing a popular resurgence as people move to the coast. The theme of this studio is to reinterpret this idea in such a way as to make the coast a vivid alternative to urban. By finding an alternative to the bucolic ideal, we hope to dispel the paradox of destroying the very thing that makes such an ideal attractive, and produce new and sustainable alternative to the urban.

Philip island is an island about 1.5 hours drive from Melbourne. 22Km long, it is situated at the mouth of Western Port Bay. It is easily accessible from the mainland by a small bridge. The island contains the existing small townships of Cowes and Rhyl. The seasonal population varies from 12,000 in winter to 40,000 in summer. Much of the landscape is currently agricultural, but there are significant areas of landscape in a natural state. The island contains significant natural tourist attractions such as a Fairy Penguin colony, a Koala sanctuary, and a significant seal population. It also contains much more active recreational attractions, such as excellent surf beaches and the Australian Motorcycle grand prix circuit.

This intensive 2 week design workshop sought to provide a conceptual plan for the island, and devise a series of architectural instances that point to a possible futures for Phillip Island. The outcomes of the workshop will be published in the forthcoming book below.

The International Architecture Workshops are an annual series focusing on regional development, involving students and academics from architecture schools in Japan, France, Australia and the USA. These two-week workshops promote an intense exchange of cultural and institutional approaches to architecture. They privilege the act of designing as a primary mode of thinking through and responding to relevant contemporary concerns that are situated locally but resonate internationally.

This book documents the Leisurelandz workshop hosted by RMIT Architecture in Melbourne, Australia, 2004, involving staff and students from RMIT Architecture, l’Ecole d’architecture Languedoc Roussillon, Montpellier, France, and Miyagi University, Sendai, Japan. Phillip Island, near Melbourne, provided the workshop context. This coastal holiday and tourist destination has a small but growing permanent population. Many Australian coastal areas are facing development pressure with sea-change professionals opting out of city stress and relocating to regional beach-towns. New holiday subdivisions are shifting the scale and character of coastal towns, threatening the qualities that drew people there in the first place.

Students investigated design strategies for sustainable development to enhance the qualities of the island and promote a vibrant, diverse mix of activities and concerns. They worked in collaborative, institutionally mixed groups to develop alternative design strategies for the island. Individuals put forward their own architectural design case-study proposals.

The masterplan as prescriptive governing framework was questioned in favour of a more catalytic model where discretely figured interventions provide strategic critical mass to contain or seed further development. The workshop encouraged a range of alternative approaches. Some projects support ephemeral cycles and rituals of recreational beach and island activities and make a virtue of temporary and occasional occupation. Others introduce urban typologies by imposing high-density, low impact constraints to generate a critical mass of localised urbanity while maximising shared open public space amenity. The curation of view and itinerary also recurs as a means to reframe the narrative relationship between disparate and dispersed activities and destinations across the island.

This book follows the publication of Easily Flooded Architecture, documenting the Montpellier workshop, 2003. The series, which continues in Sendai, Japan, 2005 is providing a unique international forum for the exchange of architectural ideas, teaching models and emerging practices.

HITOSHI ABE is an innovative Japanese architect and academic. He founded the practice Atelier Hitoshi Abe in 1992. He is Professor, Department of Architecture and Building Science Graduate School of Engineering, Tohoku University. His design work has been exhibited internationally, including at the Venice Biennale in 2000, and at Archilab, Orleans in 2002 and 2004. He won the Architectural Institute of Japan Award, for the “Reihoku Community Hall” and the BusinessWeek/ArchitecturalRecord Award 2003, for the “Sekii Maternity Clinic”. This public lecture will discuss his body of recent works.

He is currently participating in a design workshop hosted by the RMIT Architecture Program on sustainable regional coastal tourist development. Workshop participants include RMIT workshop leaders Paul Minifie & Jan Van Schaik, and RMIT Architecture students along with staff and students from L’Ecole d’architecture longuedoc Rousillon Montpellier, Migayi University Sendai, Tohoku University Sendai, and Tohoku University of Technology Sendai, Japan. This regional design workshop series was first hosted in Montpellier in 2003, and will be hosted in Sendai in 2005