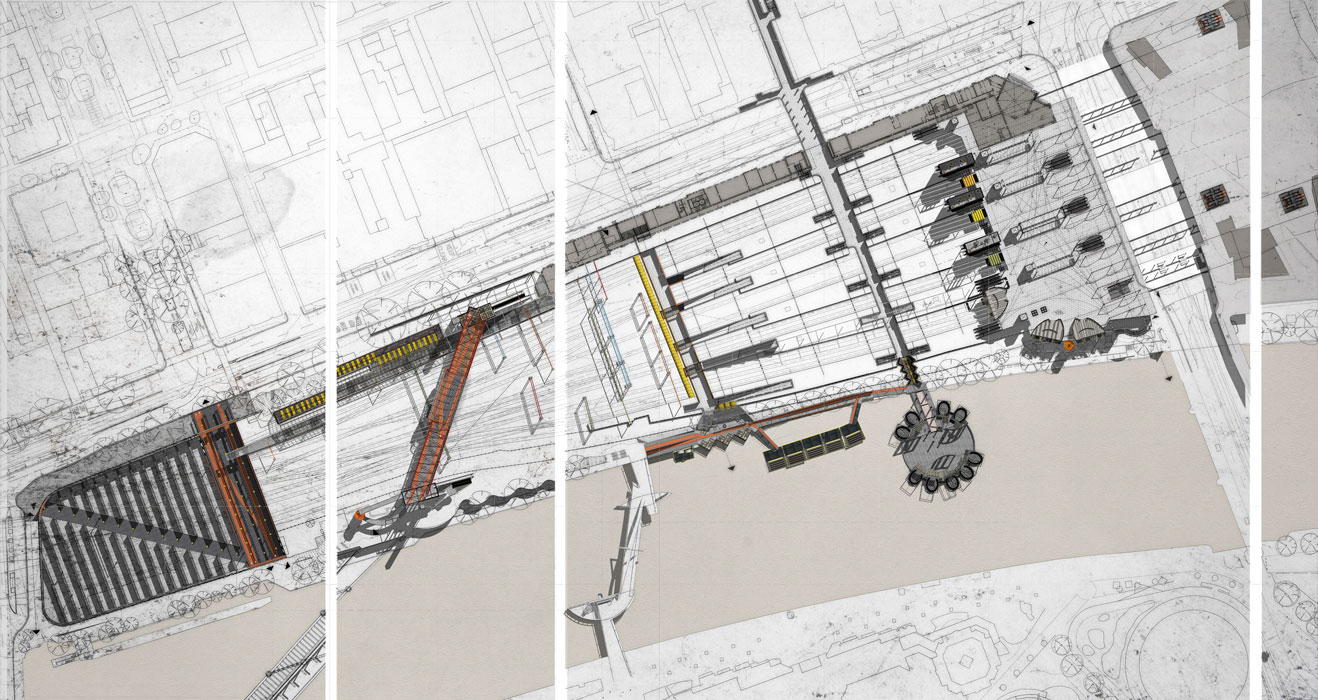 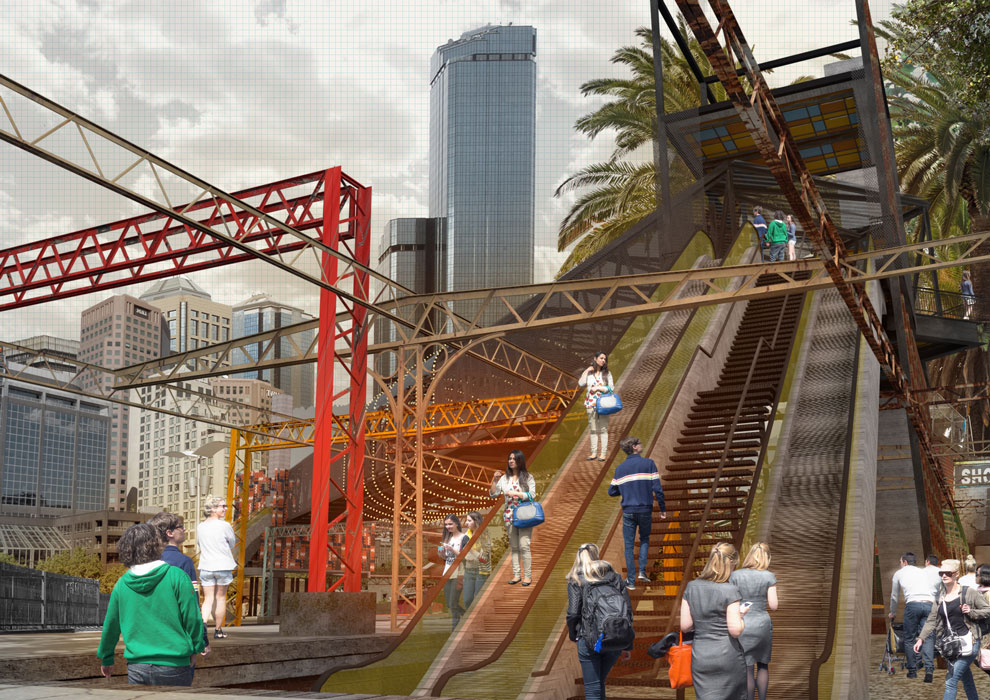 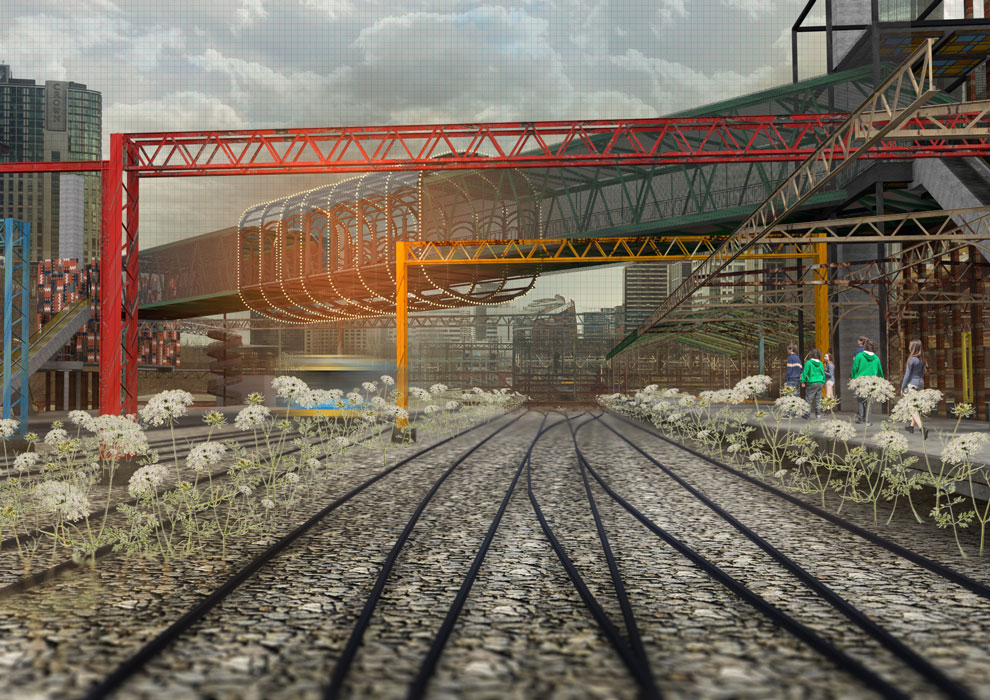 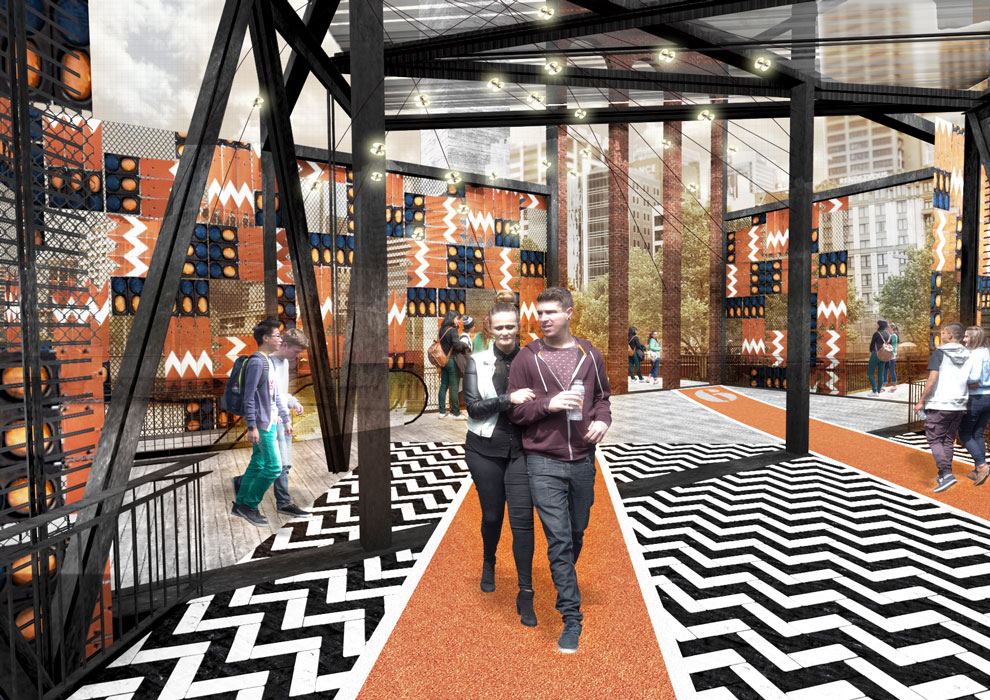 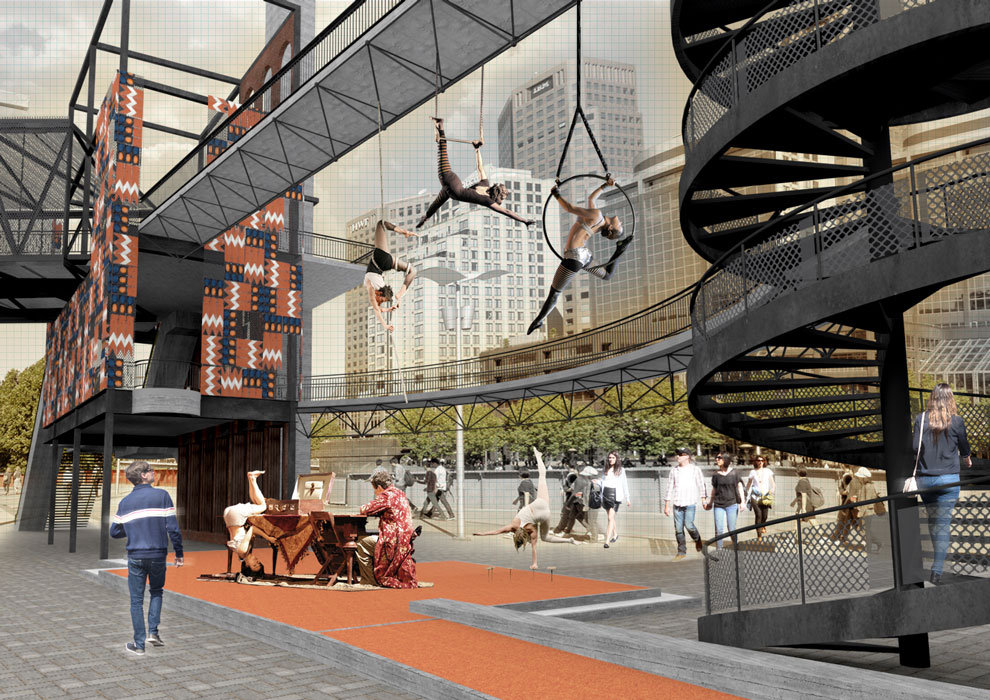 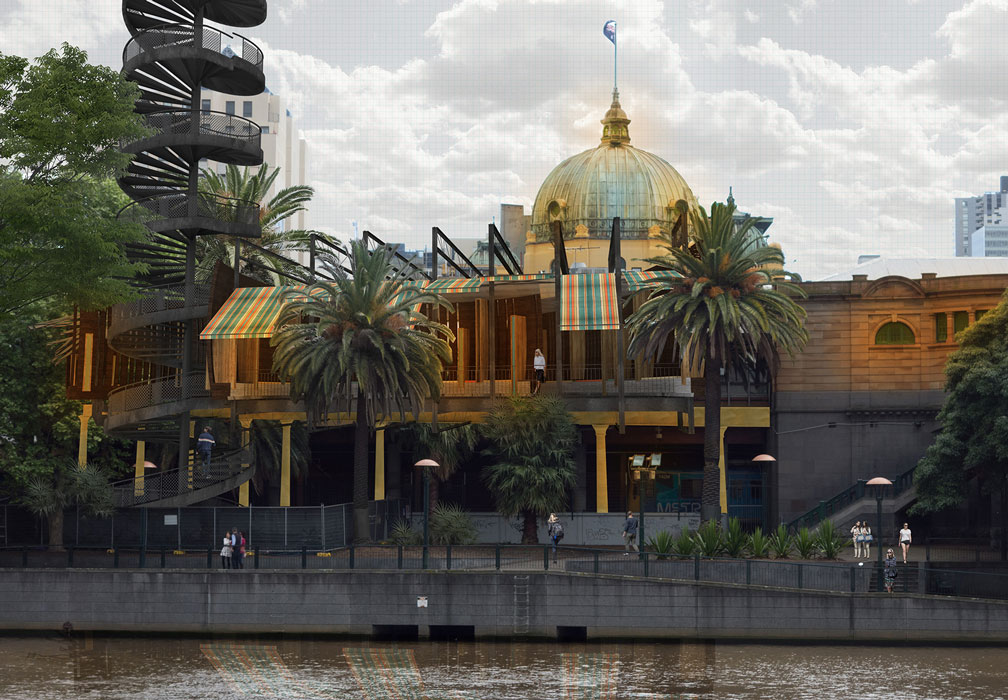 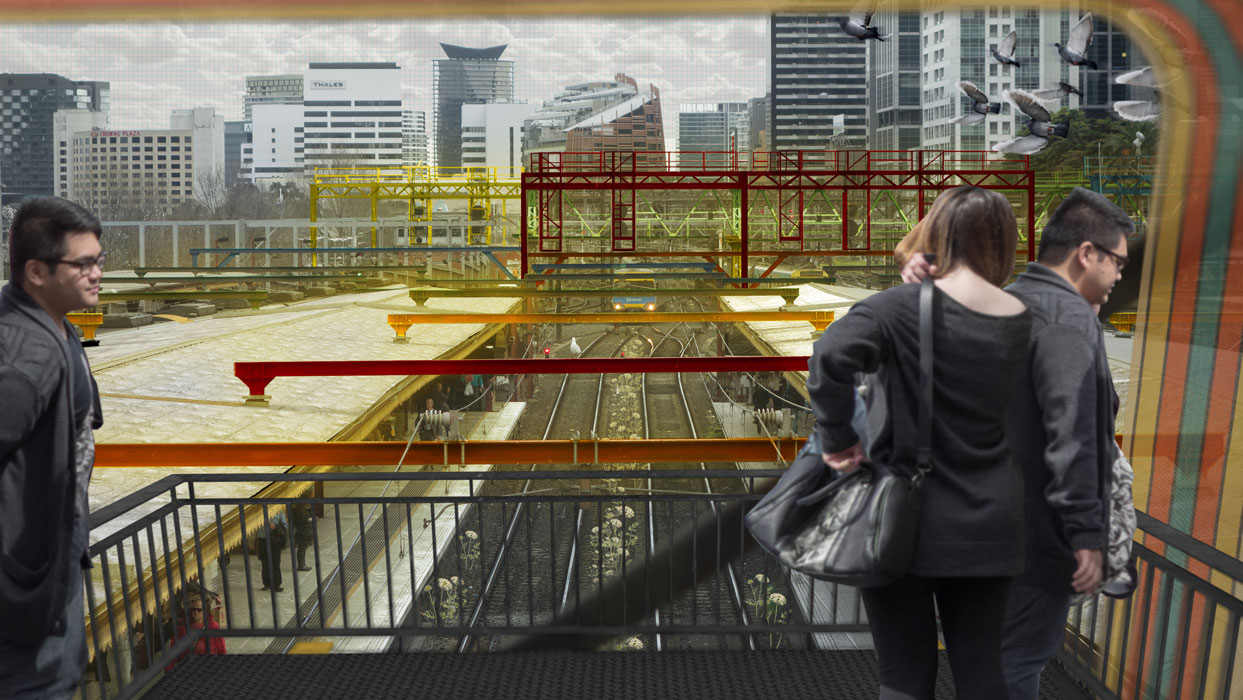 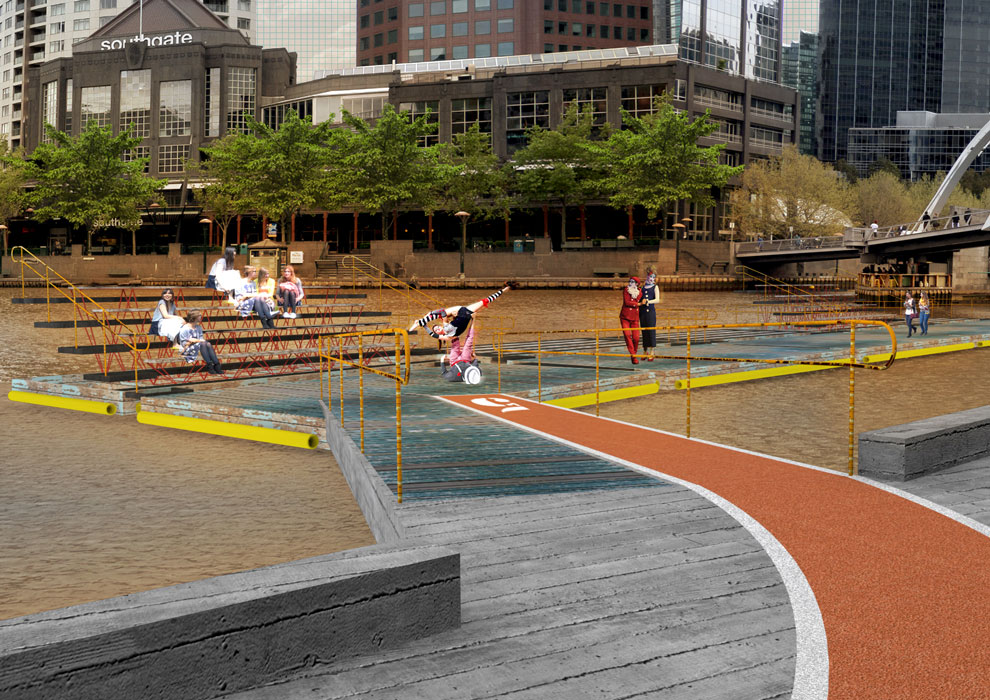 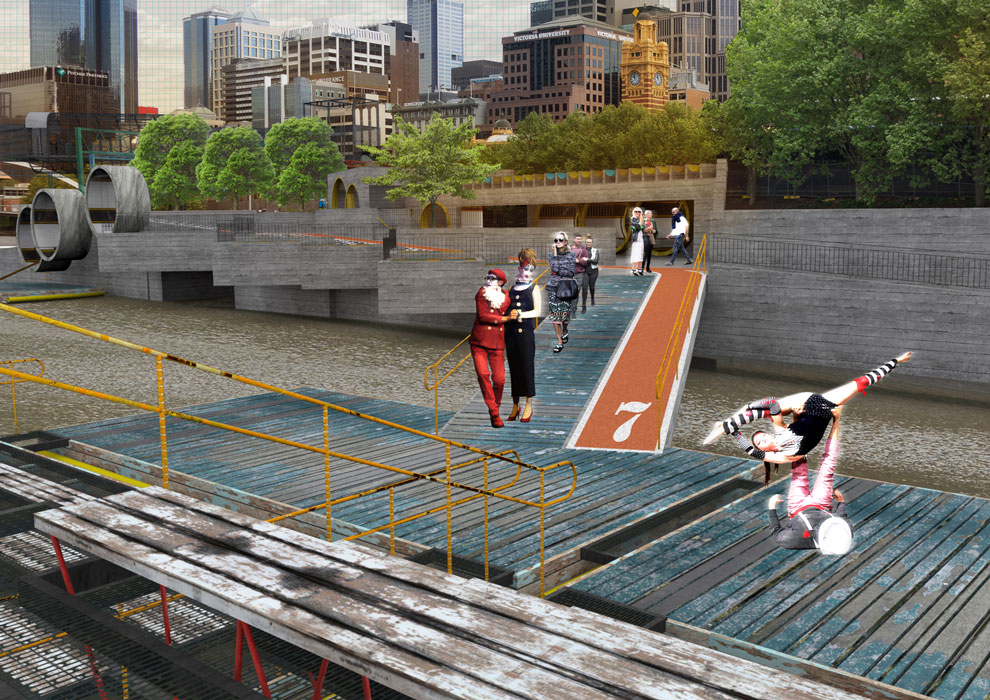 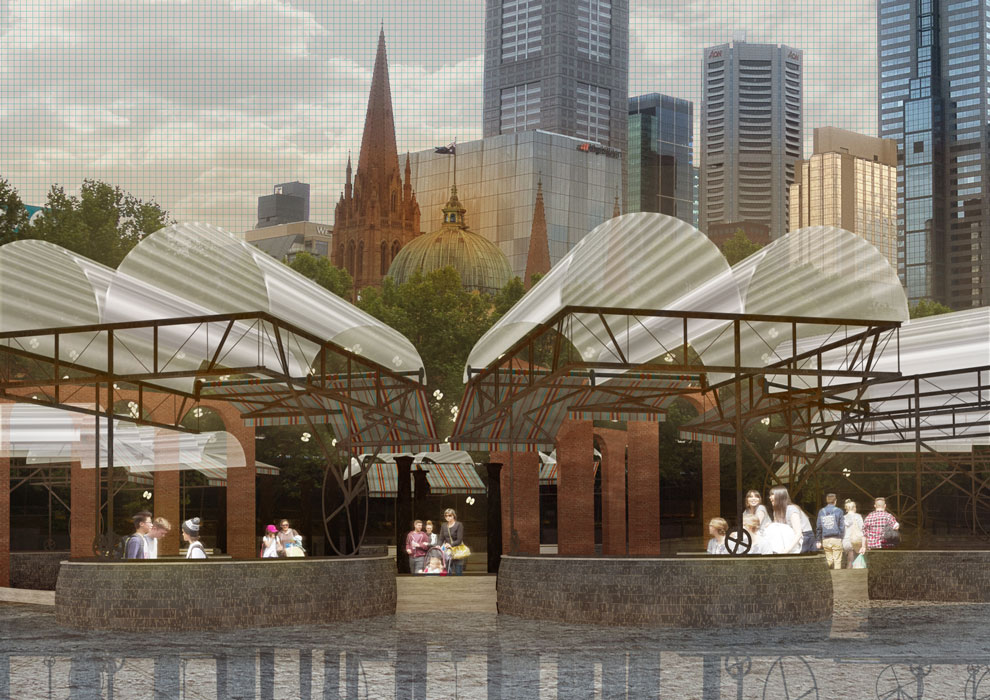 Just Flinders is a title used both ambiguously and serendipitously. The word just has several meanings including; only, merely or simply. Additionally it can mean fair or appropriate in the circumstances. The word can be used as an intensifier to mean completely and thoroughly. But it can also mean exactly at this moment. The word flinders means fragments or splinters, but also relates to the words accumulation, aggregation, assemblage or collection. So the title Just Flinders sets up a multitude of possible readings on how the site has been construed and the proposal developed as a response to the specifics of the site and its urban context through the series of fragments now assembled across it.

Additionally, the subtitle of the project frames the proposal’s position in relation to the recent Flinders Street Station Competition. It engages with it on two levels. Firstly as a reaction against the many coarse-grained, homogenising and iconic architectural proposals, usually sympathetic to the commodification of vital civic space and dismissive of the existing context and richness already present. And secondly as an attempt to engage with the very real issues and desires of the Station as documented in the Competition Design Brief; ideas of urban integration, requirements for new and distinctive civic spaces, improvements to transport function and accessibility, and protection and restoration of heritage elements.

Furthermore, the Station has been understood as a place rich in history, culture, architecture and technology and these aspects of the site, both tangible and intangible, have been collected, foregrounded and celebrated throughout the proposal. This premise hopes to re-establish a connection with the collective memory of the urban environment and celebrate nostalgia as a positive phenomena in a context dominated by amnesia. It also hopes to celebrate the ramified density of history; the present at every moment as the net result of all that has ever happened. In doing so, this thesis tries to ensure there is an acceptance and accommodation of the heterogeneity and even banality of the given conditions, the reality in which the proposal operates.