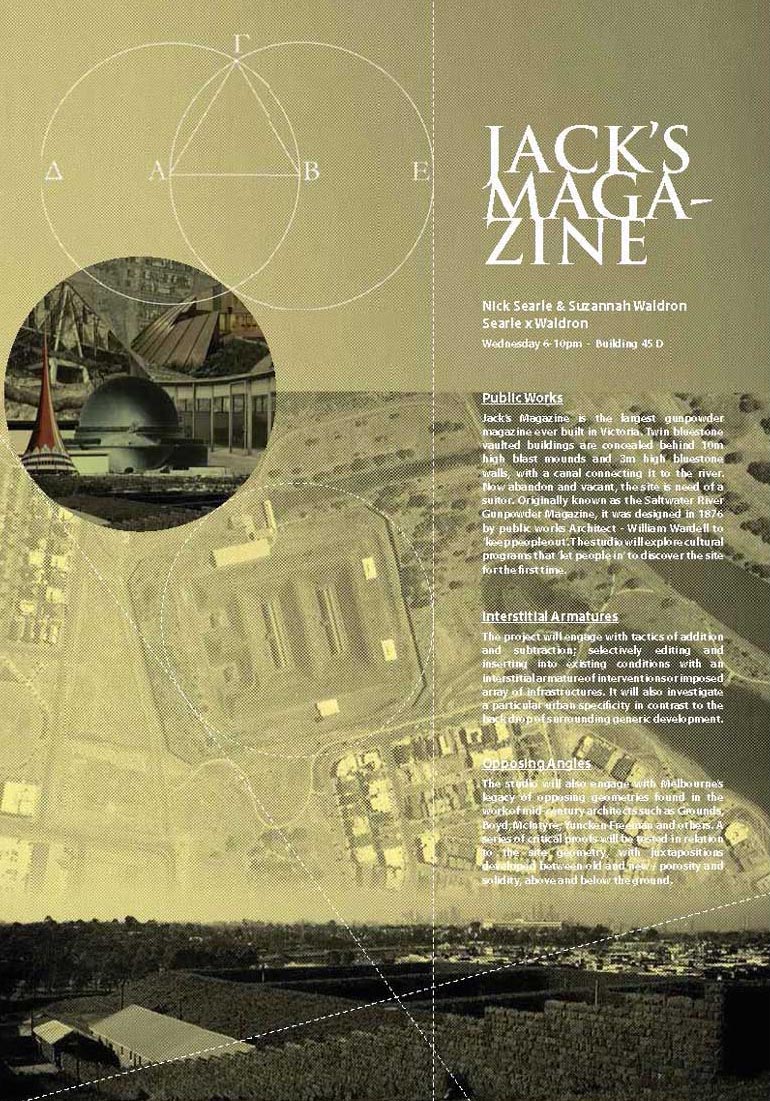 Jack’s Magazine is the largest gunpowder magazine ever built in Victoria. Twin bluestone vaulted buildings are concealed behind 10m high blast mounds and 3m high bluestone walls, with a canal connecting it to the river. Now abandon and vacant, the site is need of a suitor. Originally known as the Saltwater River Gunpowder Magazine, it was designed in 1876 by public works Architect – William Wardell to ‘keep people out’. The studio will explore cultural programs that ‘let people in’ to discover the site for the first time.

The project will engage with tactics of addition and subtraction; selectively editing and inserting into existing conditions with an interstitial armature of interventions or imposed array of infrastructures. It will also investigate a particular urban specificity in contrast to the back drop of surrounding generic development.

The studio will also engage with Melbourne’s legacy of opposing geometries found in the work of mid-century architects such as Grounds, Boyd, McIntyre, Yuncken Freeman and others. A series of critical proofs will be tested in relation to the site geometry, with juxtapositions developed between old and new / porosity and solidity, above and below the ground.