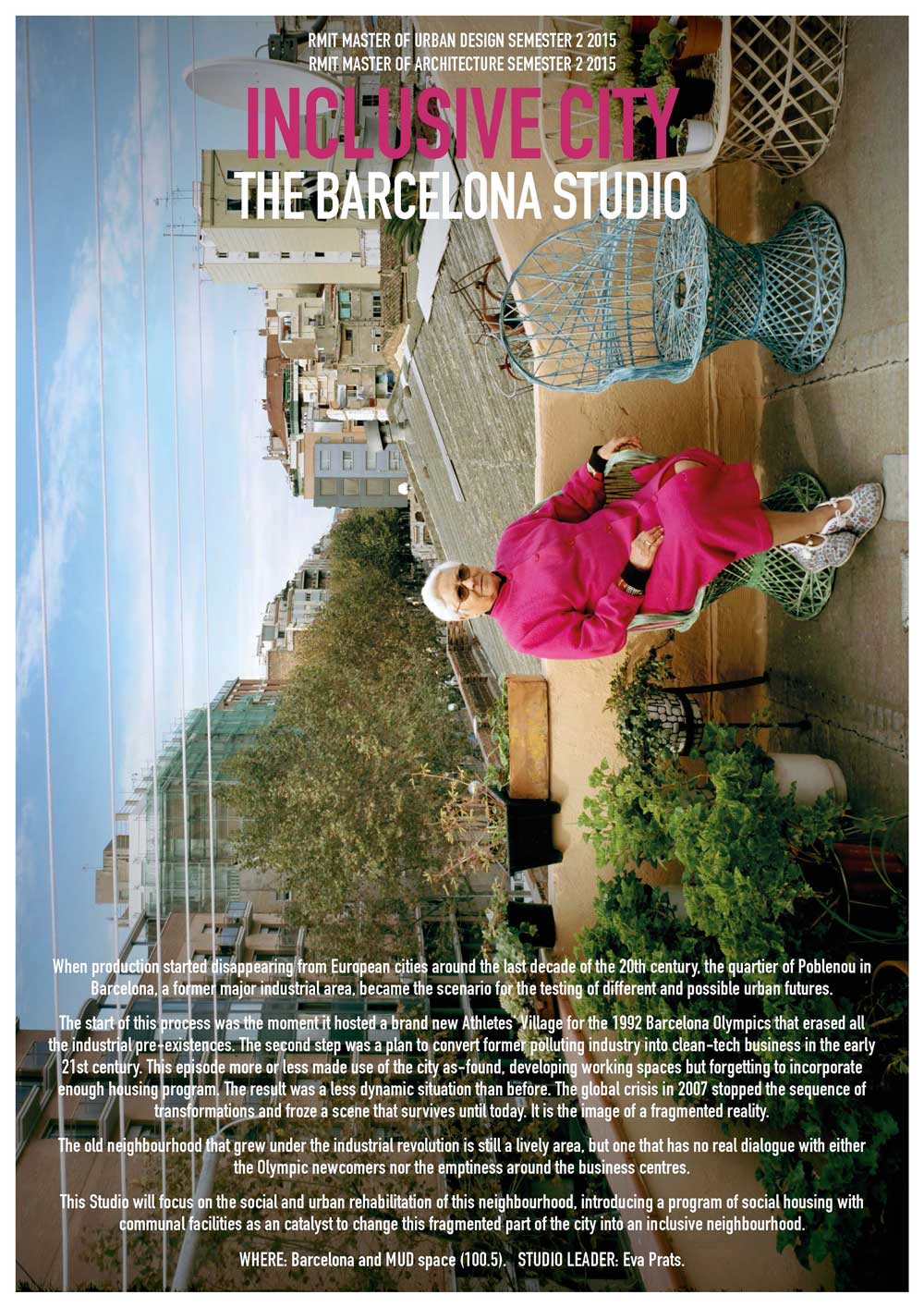 When production started disappearing from European cities around the last decade of the 20th century, the quartier of Poblenou in Barcelona, a former major industrial area, became the scenario for the testing of different and possible urban futures.

The start of this process was the moment it hosted a brand new Athletes’ Village for the 1992 Barcelona Olympics that erased all the industrial pre-existences. The second step was a plan to convert former polluting industry into clean-tech business in the early 21st century. This episode more or less made use of the city as-found, developing working spaces but forgetting to incorporate enough housing program. The result was a less dynamic situation than before. The global crisis in 2007 stopped the sequence of transformations and froze a scene that survives until today. It is the image of a fragmented reality.

The old neighbourhood that grew under the industrial revolution is still a lively area, but one that has no real dialogue with either the Olympic newcomers nor the emptiness around the business centres.

This Studio will focus on the social and urban rehabilitation of this neighbourhood, introducing a program of social housing with communal facilities as a catalyst to change this fragmented part of the city into an inclusive neighbourhood.