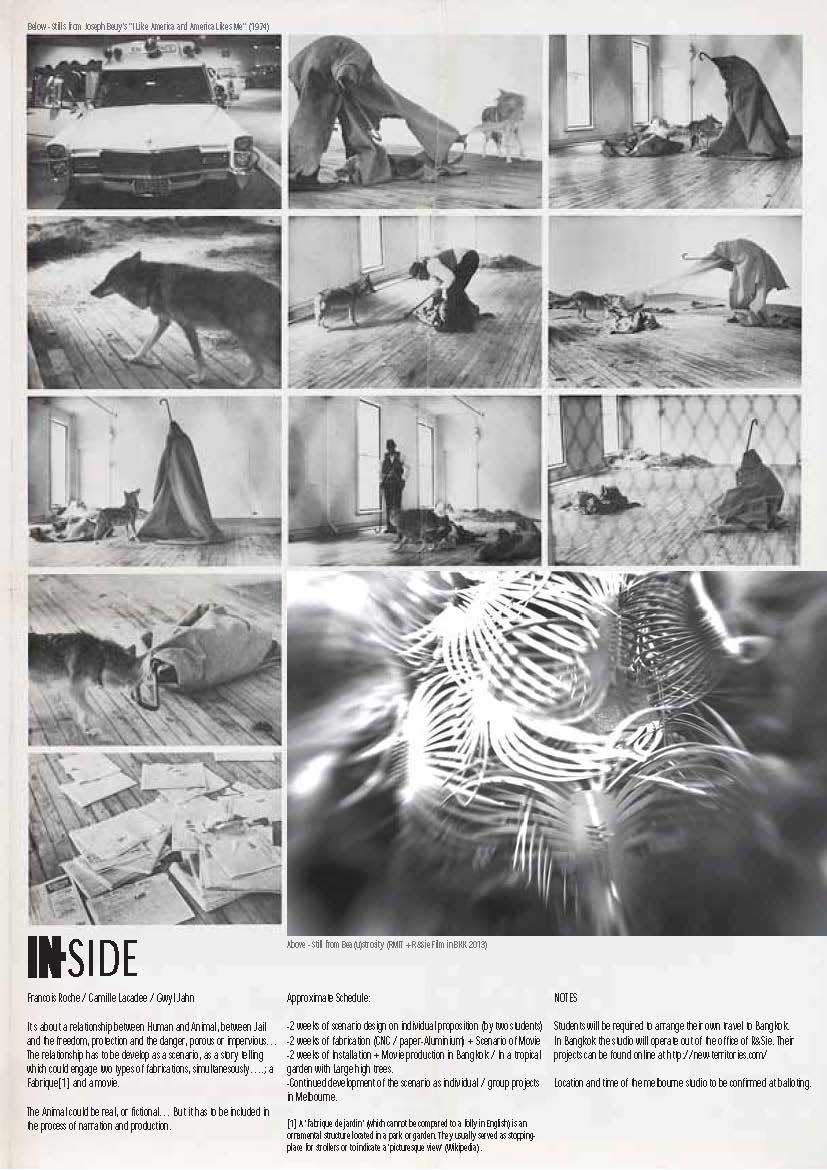 Its about a relationship between Human and Animal, between Jail and the freedom, protection and the danger, porous or impervious… The relationship has to be developed as a scenario, as a story telling which could engage two types of fabrications, simultaneously….; a Fabrique and a movie.

The Animal could be real, or fictional… But it has to be included in the process of narration and production.