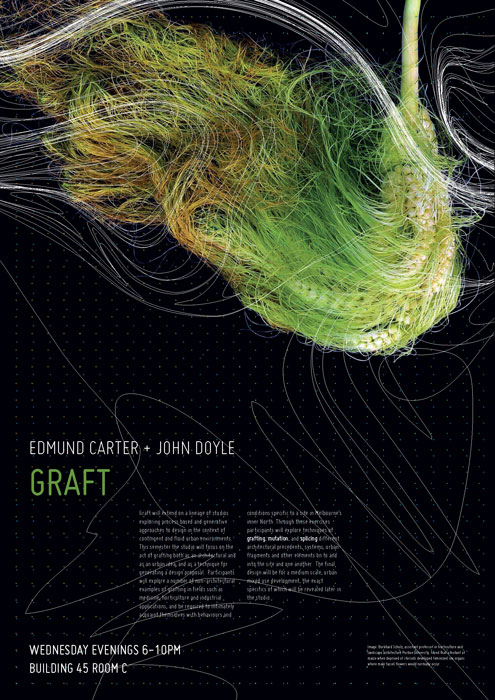 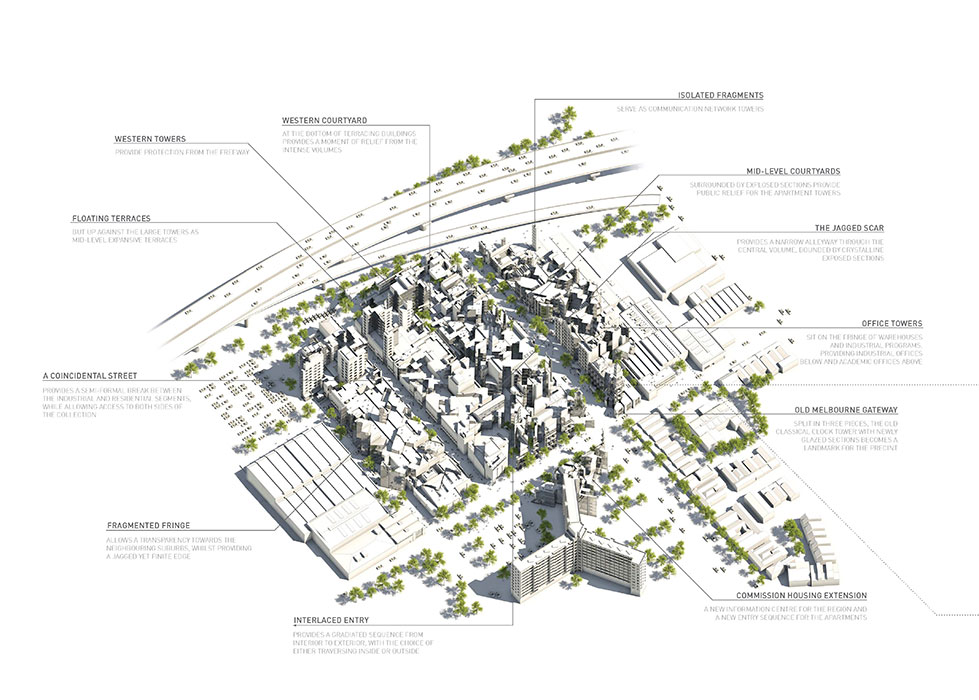 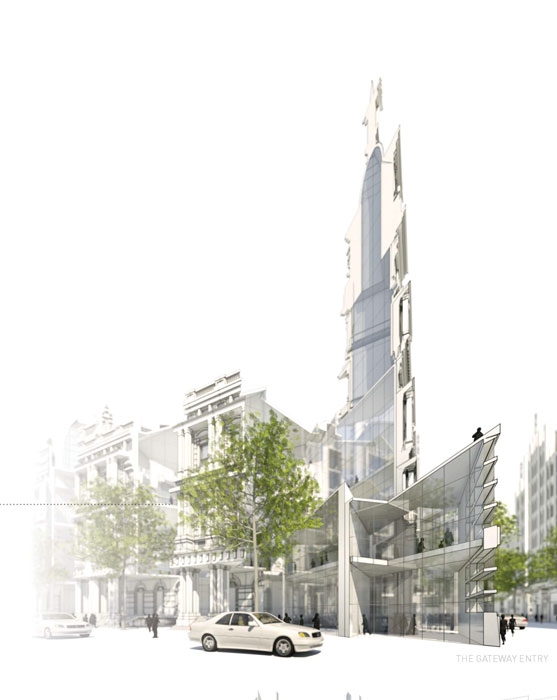 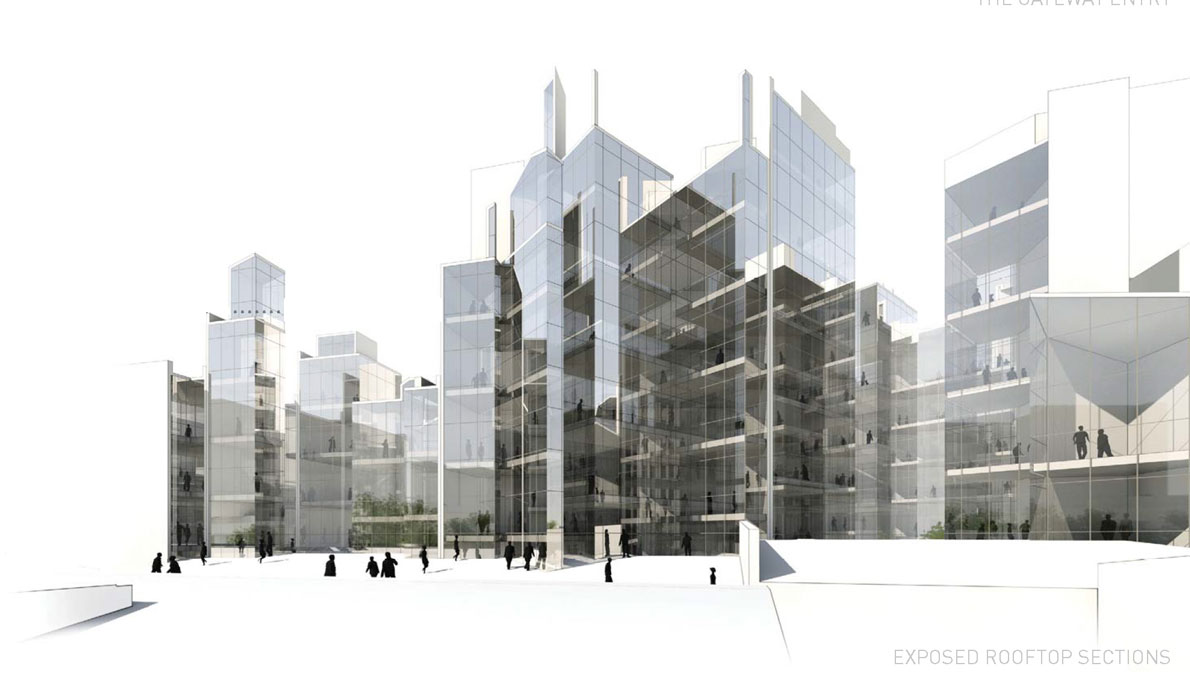 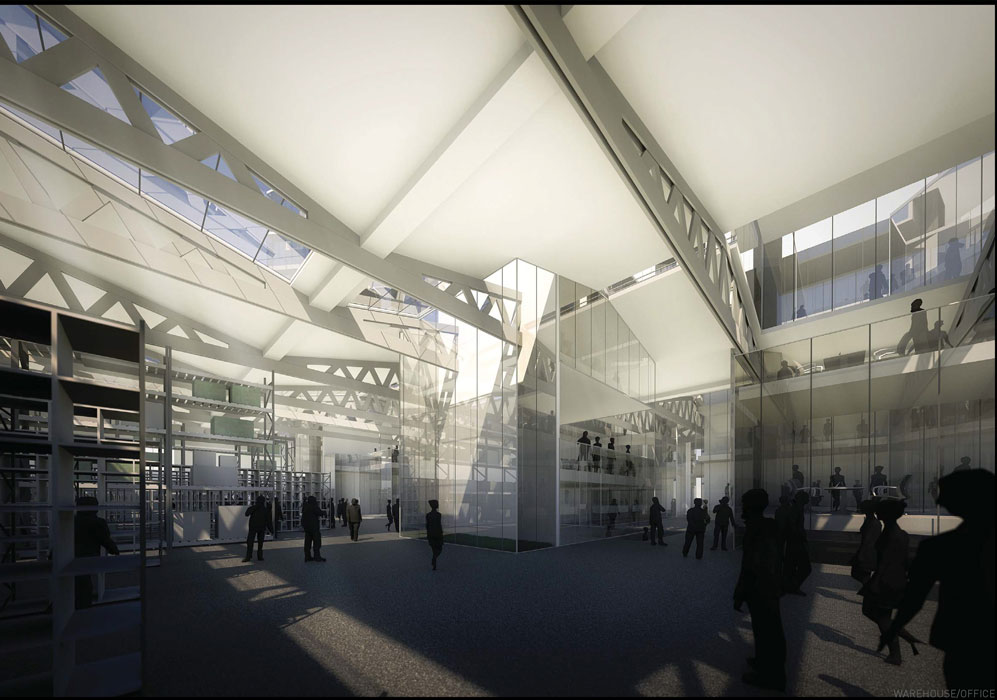 Graft extends on a lineage of studios exploring process based and generative approaches to design in the context of contingent and fluid urban environments. The studio focused on the act of grafting both as an architectural and as an urban idea, and as a technique for generating a design proposal.

Participants explored a number of non-architectural examples of grafting in fields such as medicine, horticulture and industrial applications, and were required to intimately acquaint themselves with behaviours and conditions specific to a site in Melbourne’s inner North.

Through these exercises participants explored techniques of grafting, mutation, and splicing different architectural precedents, systems, urban fragments and other elements on to and into the site and one another. The final design was for a medium scale, urban mixed use development.