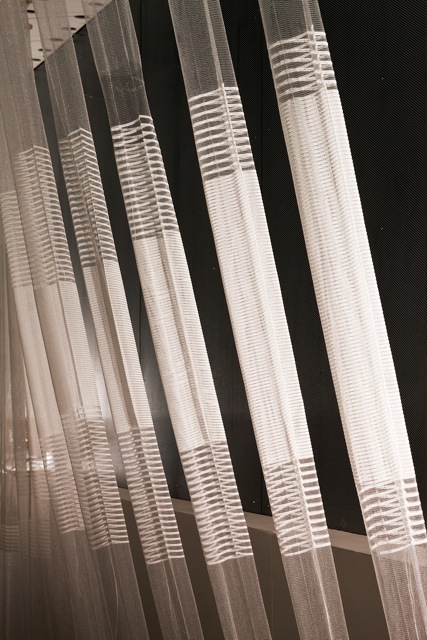 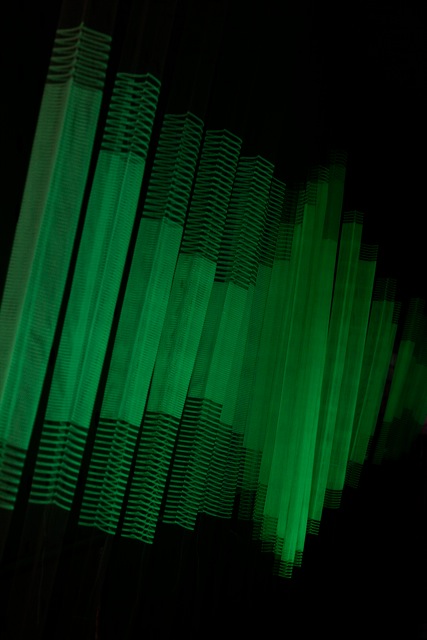 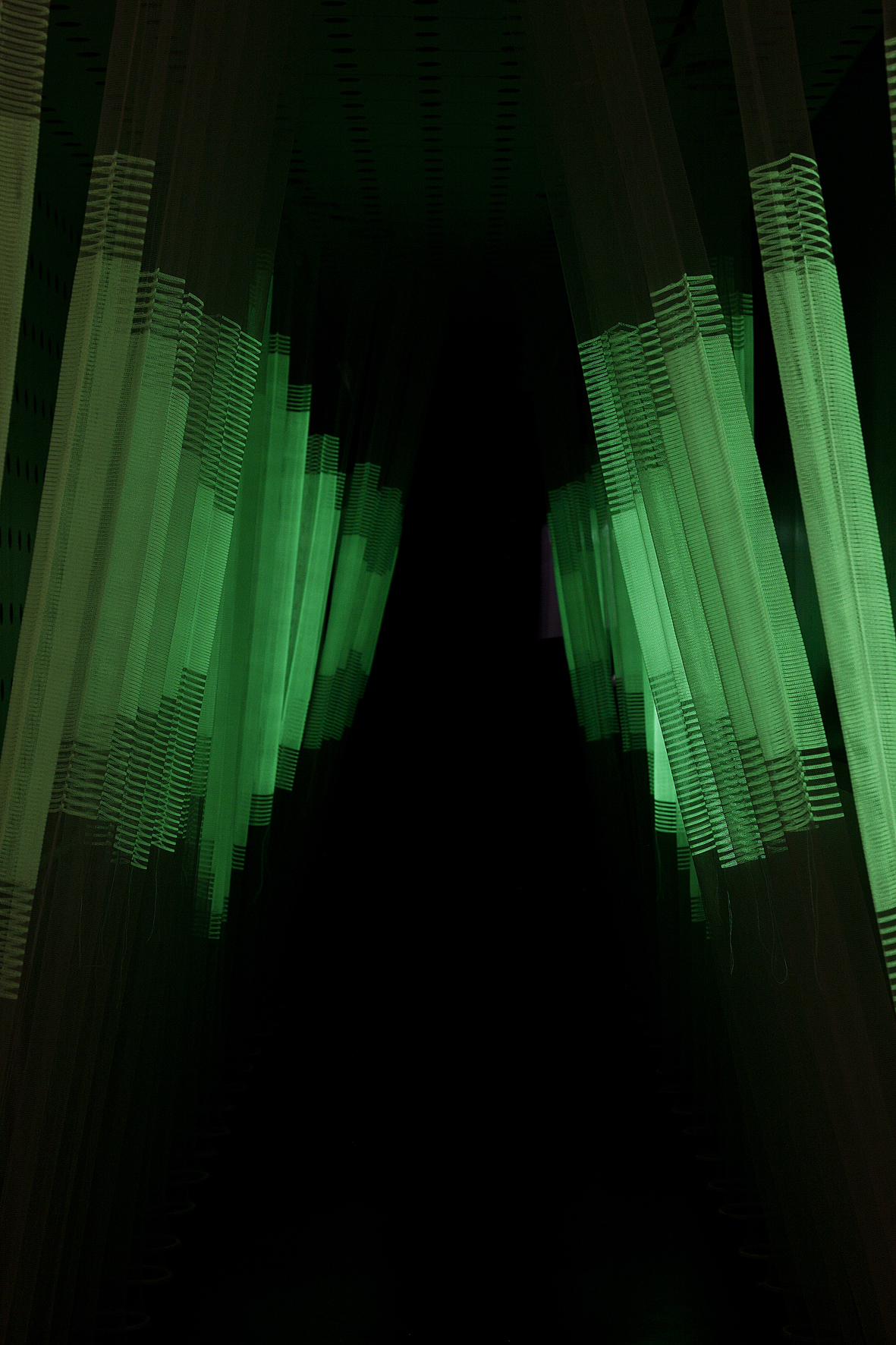 ‘Glow’ started with an ARC Linkage grant between Prof. David Mainwaring (then at RMIT) and Safety Path Systems (an industry partner). The researchers improved longlife phosphorescent glow material so that there is now a persistent visible afterglow that lasts many hours after light exposure. The extended afterglow means new opportunities have emerged to reduce energy use in lighting public spaces, in architecture and in the arts. The research also relates to MIT Professor Sheila Kennedy’s work at on low-energy lighting for the United States Energy Department and with remote communities in Mexico and Irene Barbaris’ work on some tapestries using the phosphorescnet glow materials.

For the first time, researchers used industrial knitting machines to knit improved long-life afterglow phosphorescent materials and nylon into fabric tubes. These tubes can then be installed in various arrangements in cities. The work helps reduce energy use in public space but it also creates new knowledge around how material performs. It is an example of ‘craft activism’, a blend of the domestic and the high tech. Researchers have used textile design to develop a spatial installation using industrial knitting machines.

This work was one of the key projects in the Craft ACT Embracing Innovation Volume 3 exhibition that showcased practice-led research in creative arts. The prestigious Canberra-based Craft & Design centre is supported by the ACT Government, the Visual Arts and Craft Strategy – an initiative of the Australian, State and Territory Governments, and the Australia Council for the Arts – the Australian Government’s arts funding and advisory body. Dr Patsy Hely, senior lecturer at the Australian National University’s School of Art, described Zilka’s work as a project that ‘draws on current research for community purposes’. ‘Glow’ demonstrated ‘social concern through craft activism’. Glow has also been featured in the DIA “women in design” exhibition in 2013 which was a satellite event of “Melbourne Now”.