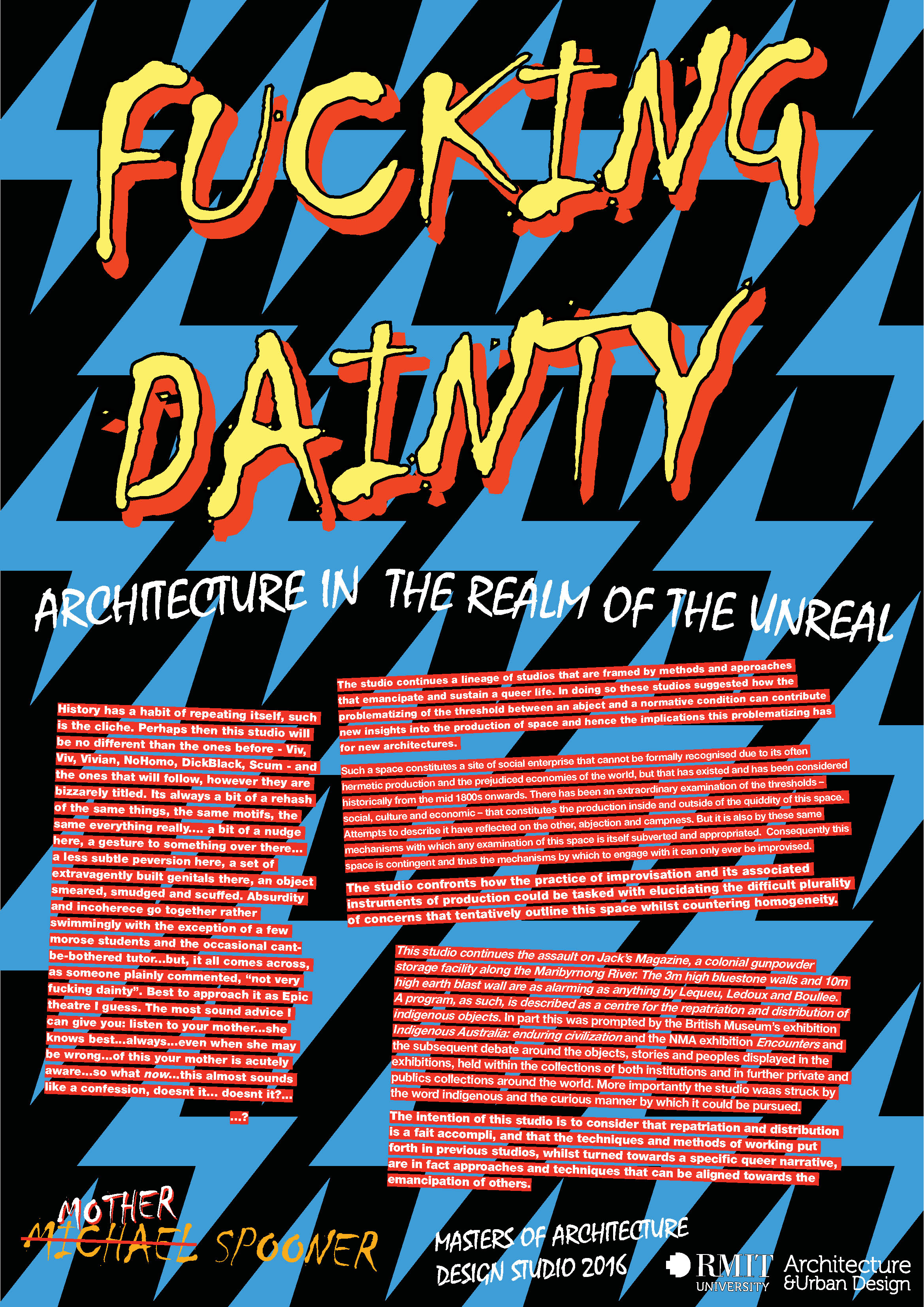 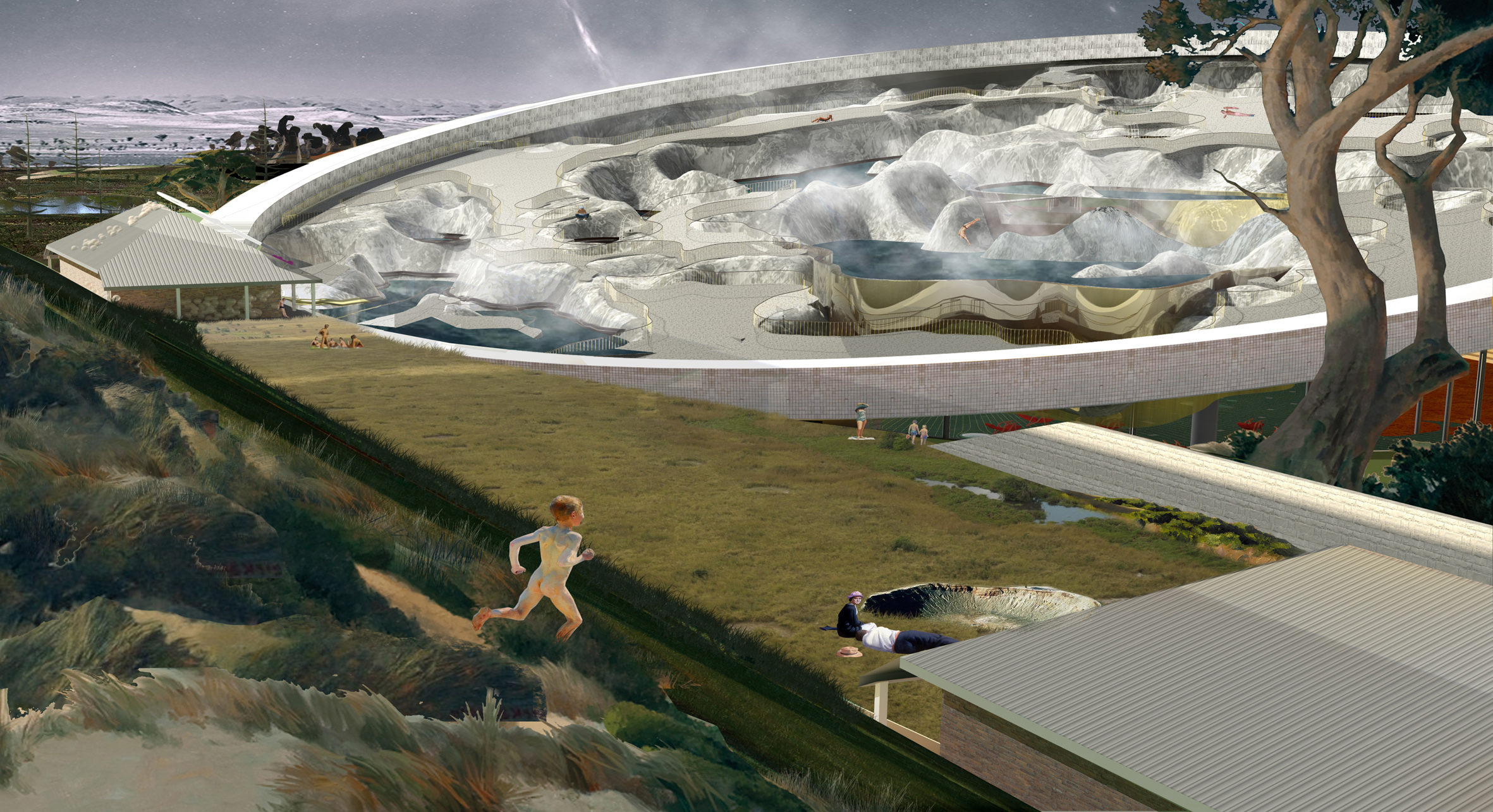 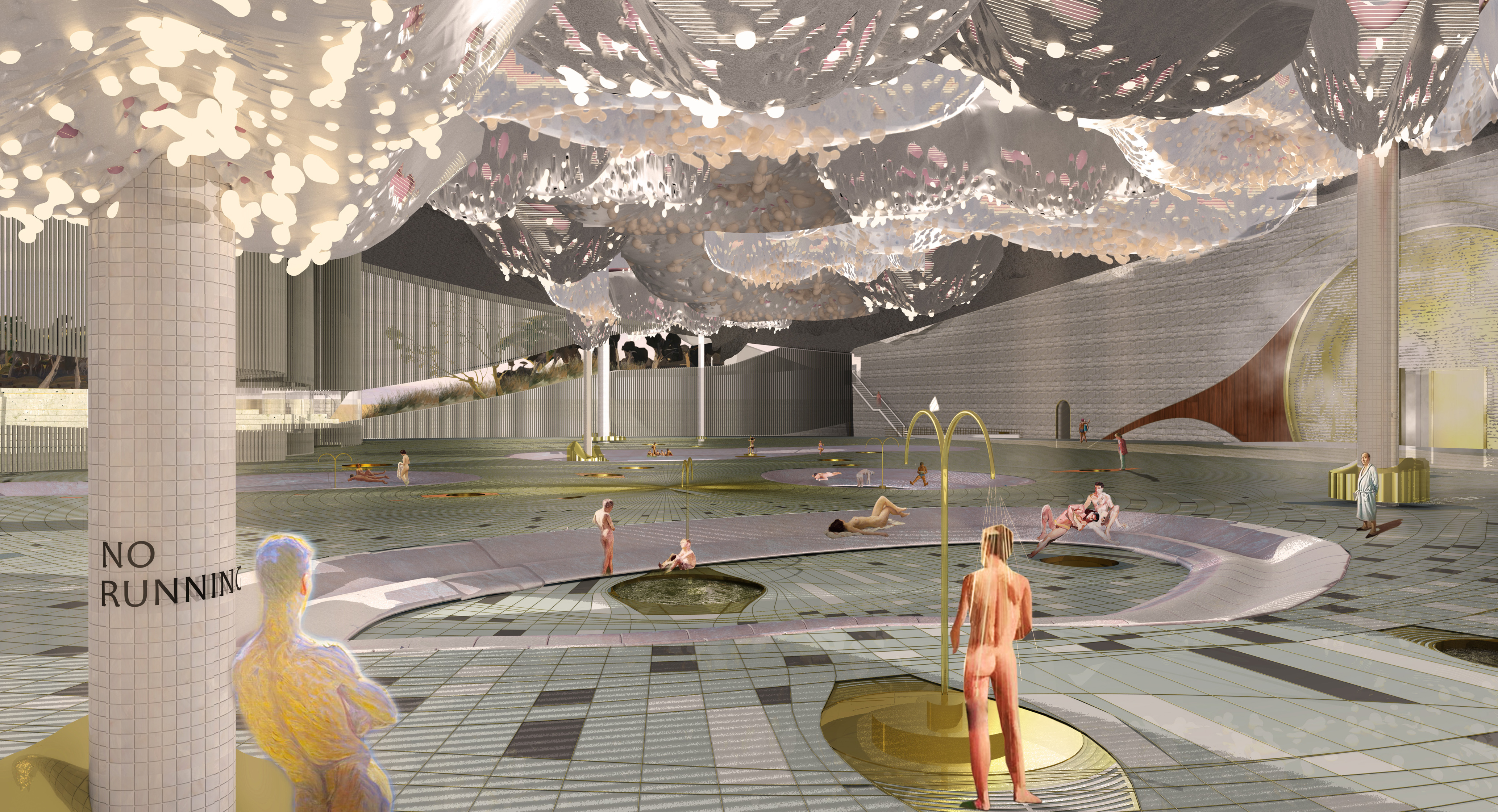 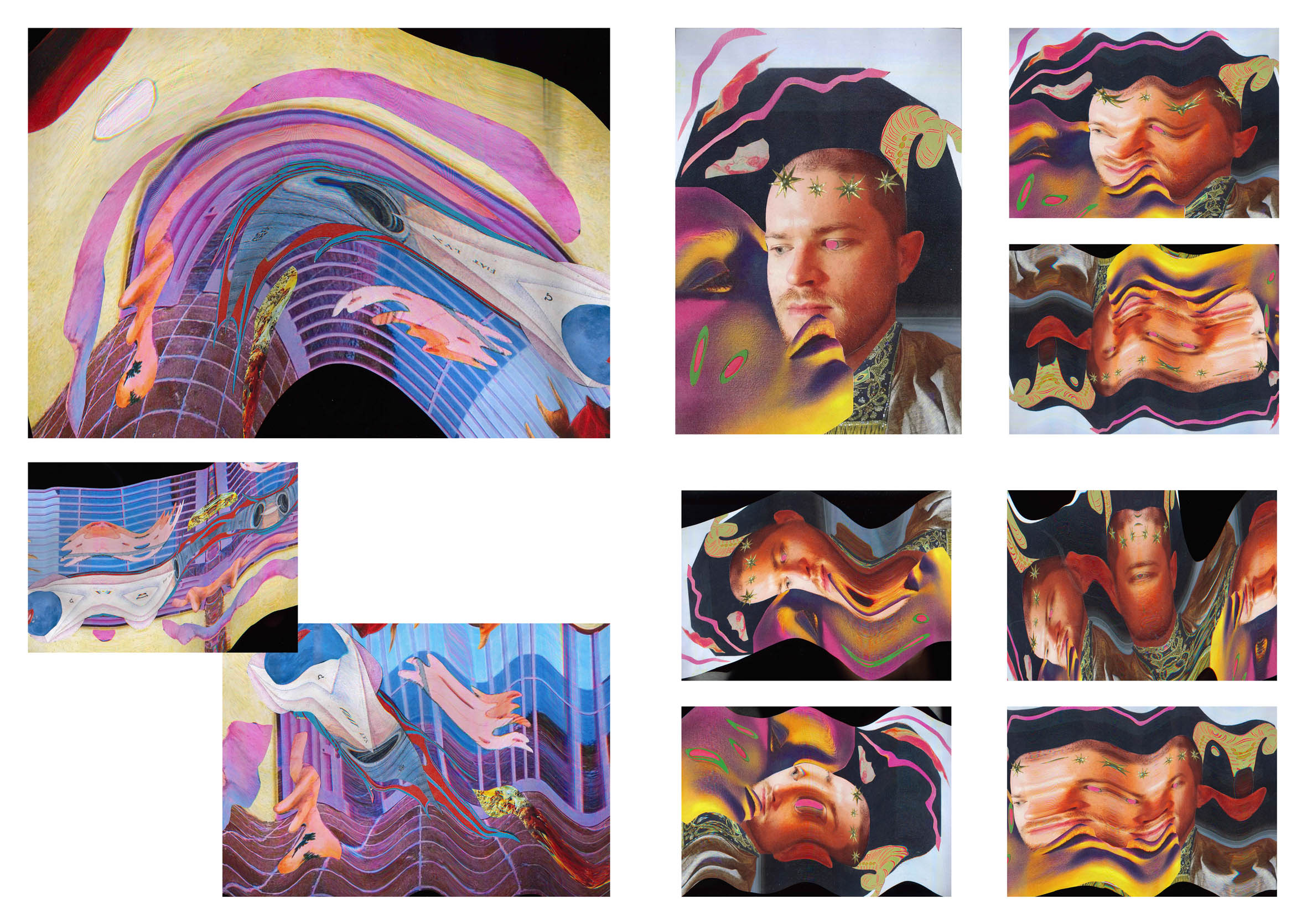 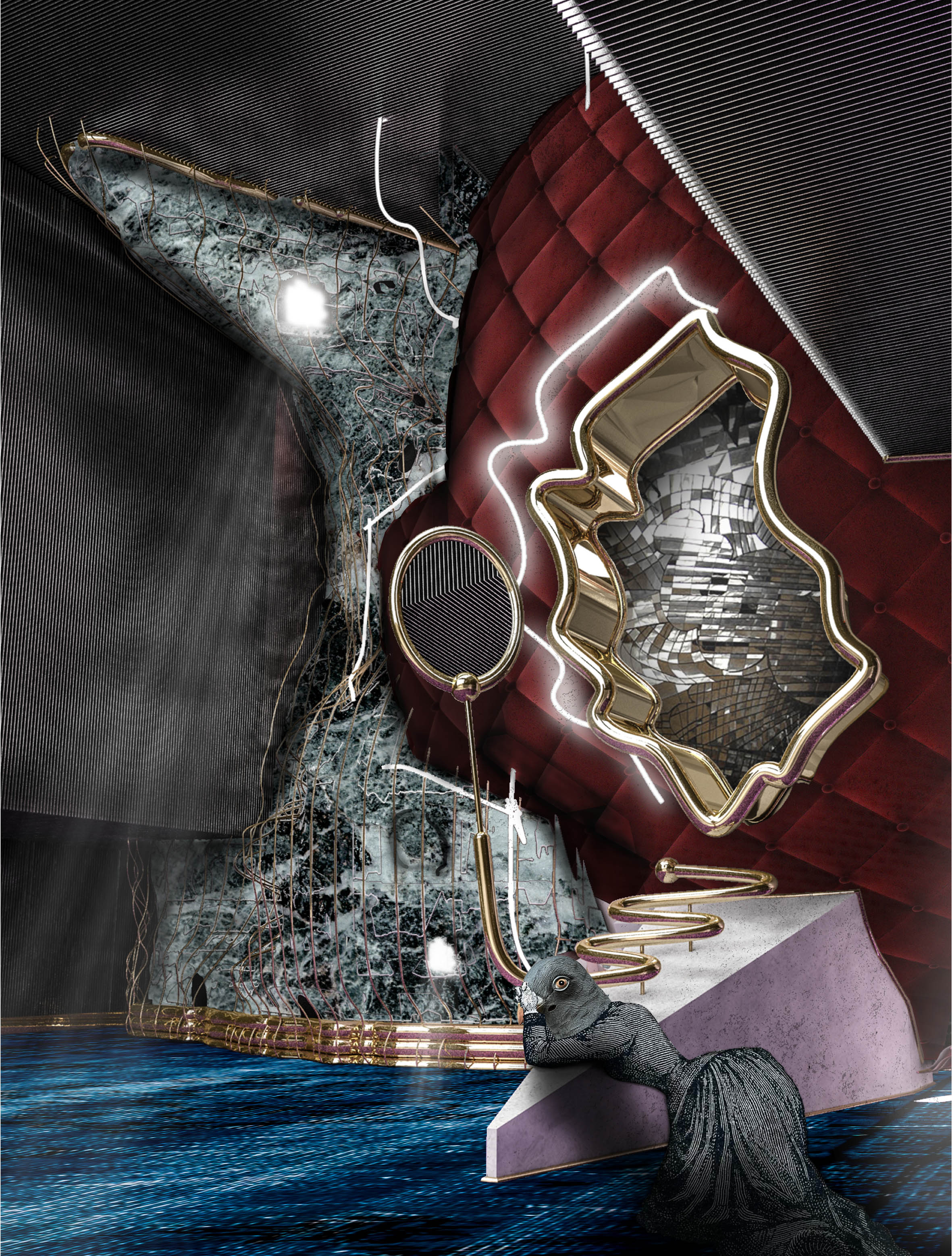 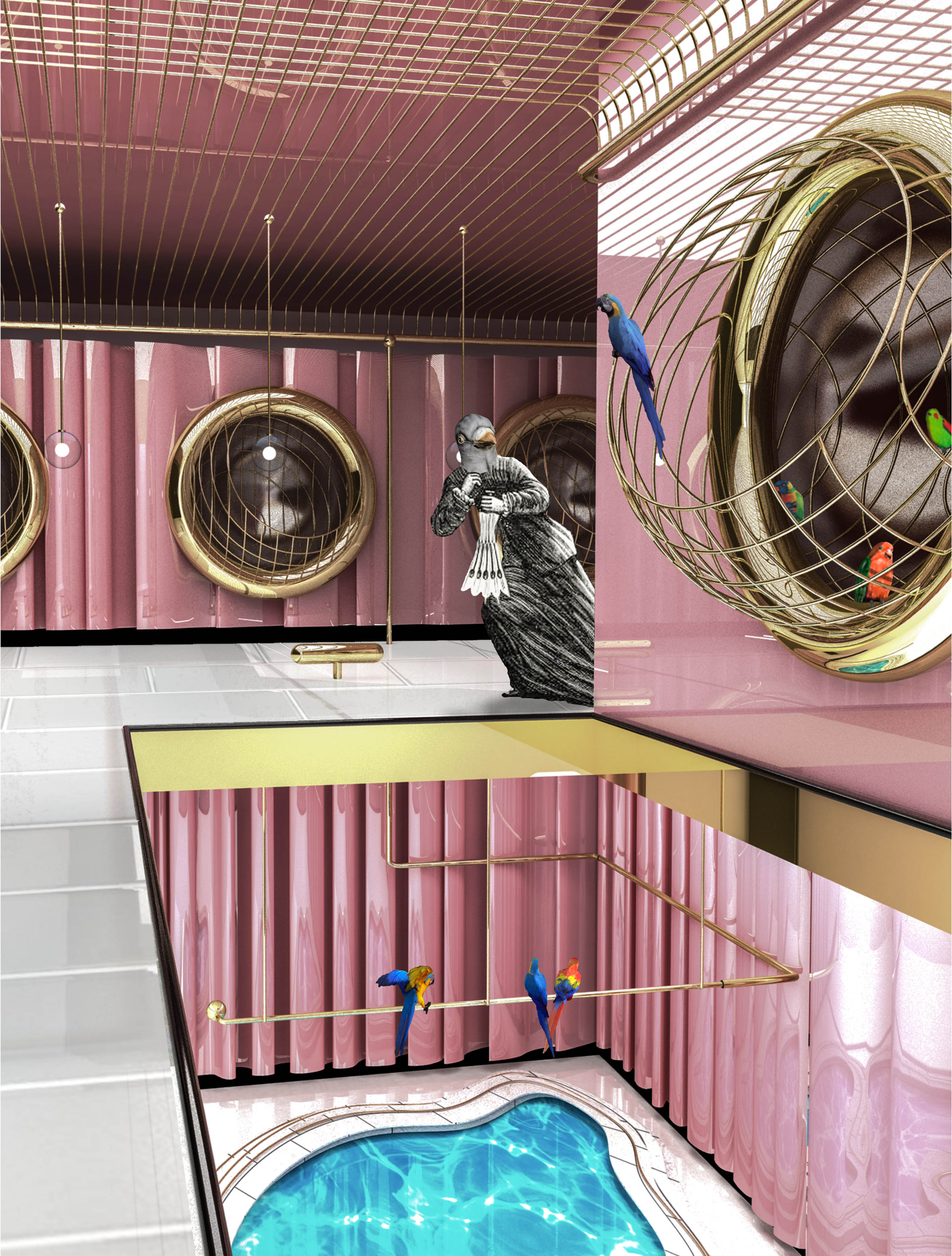 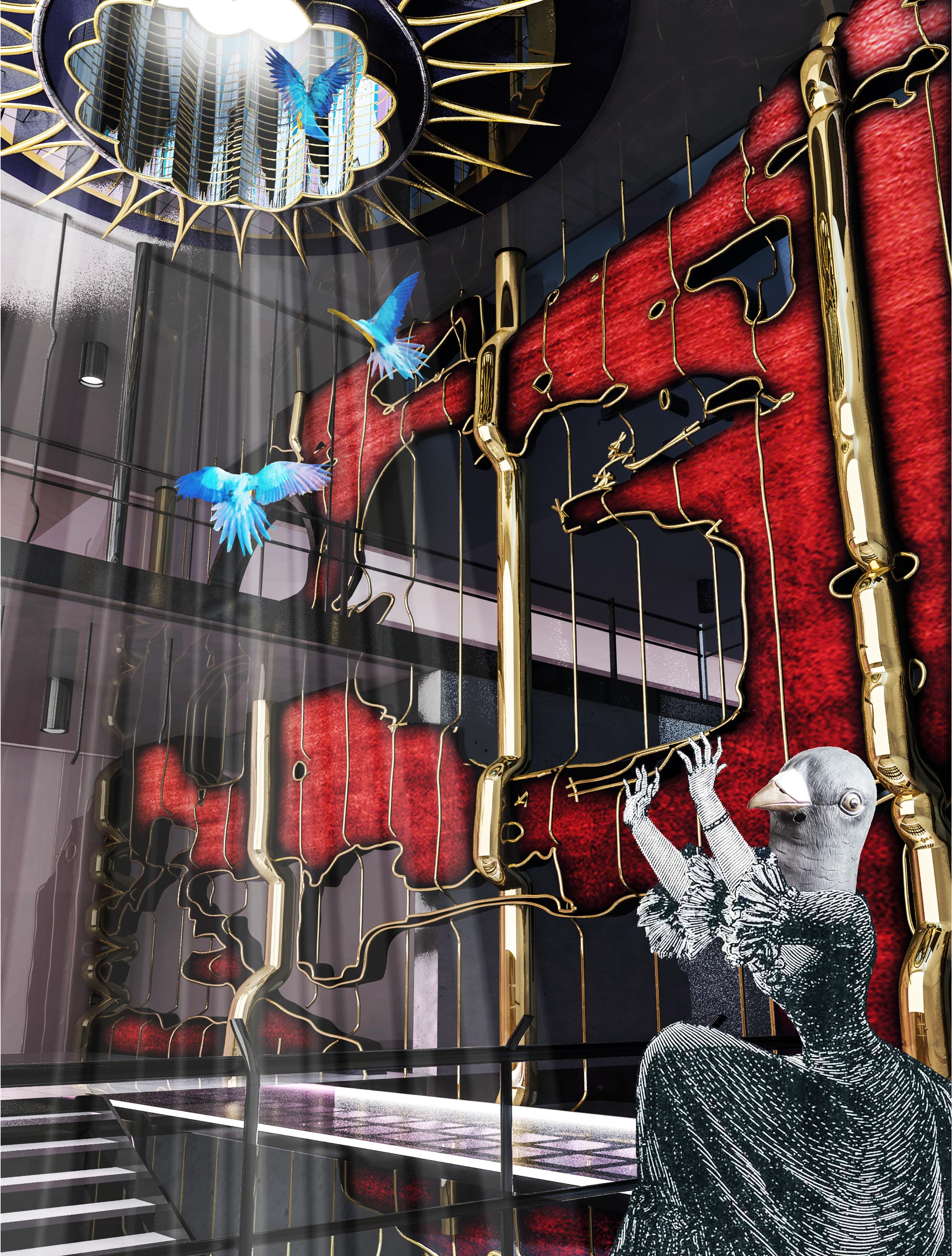 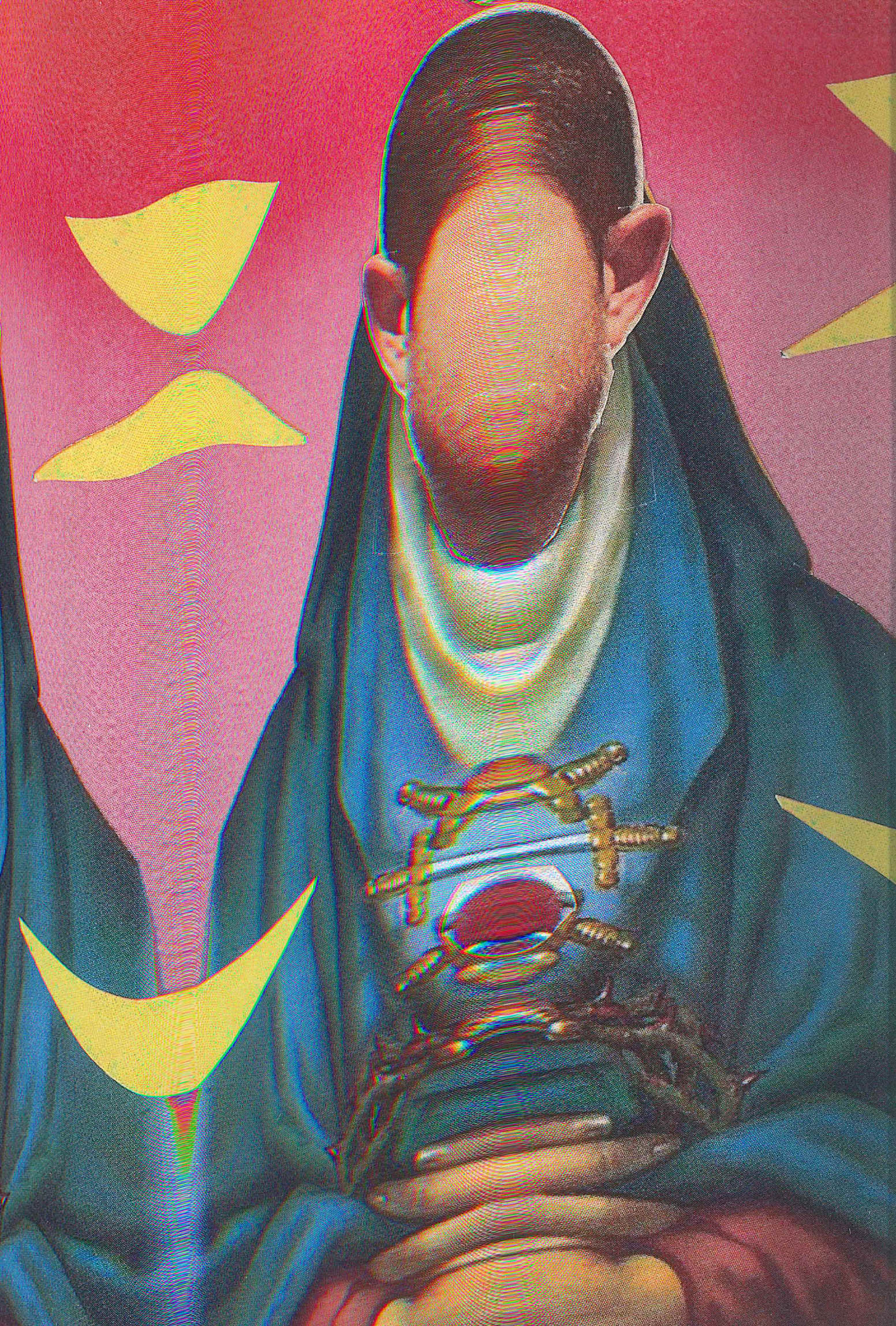 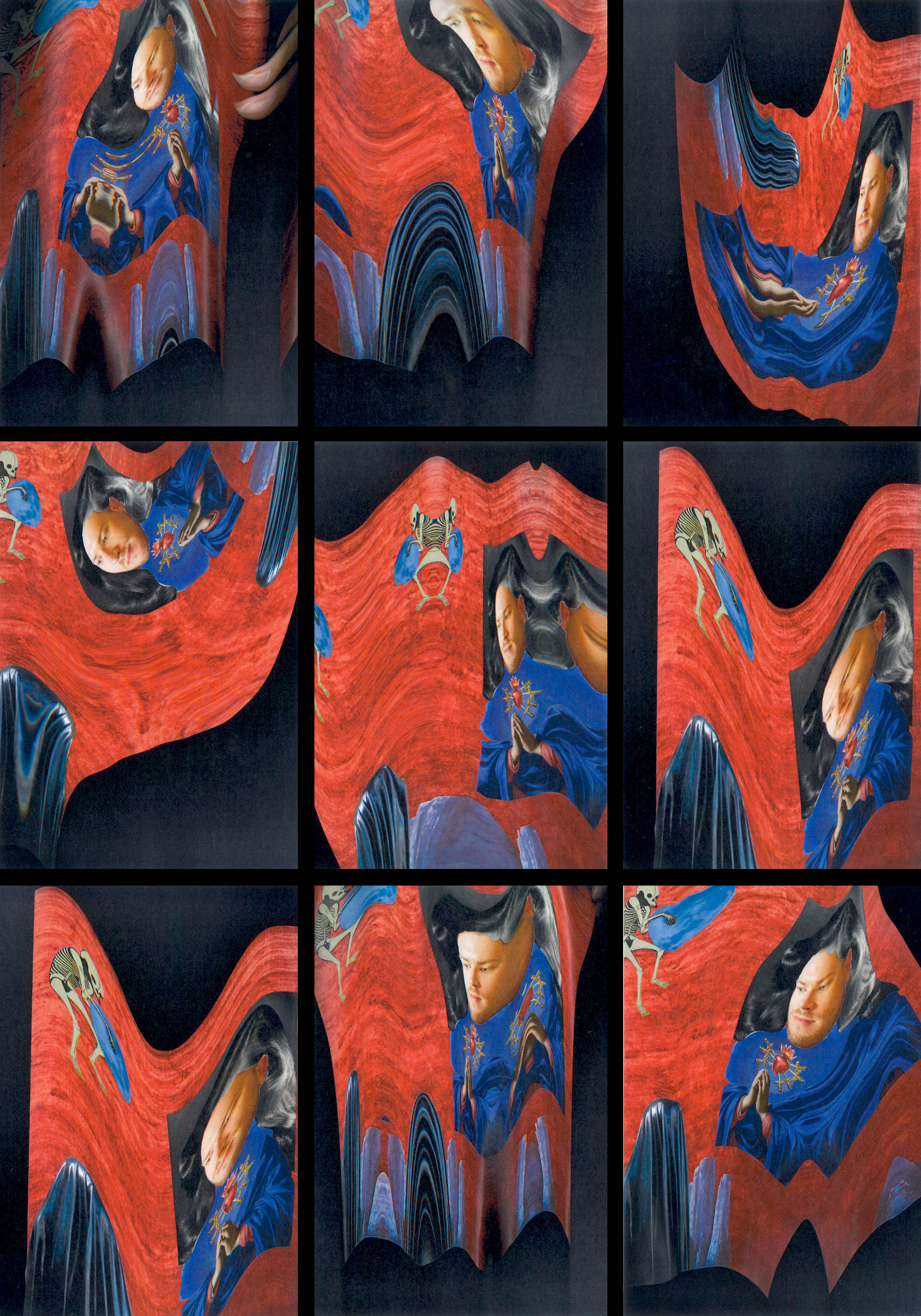 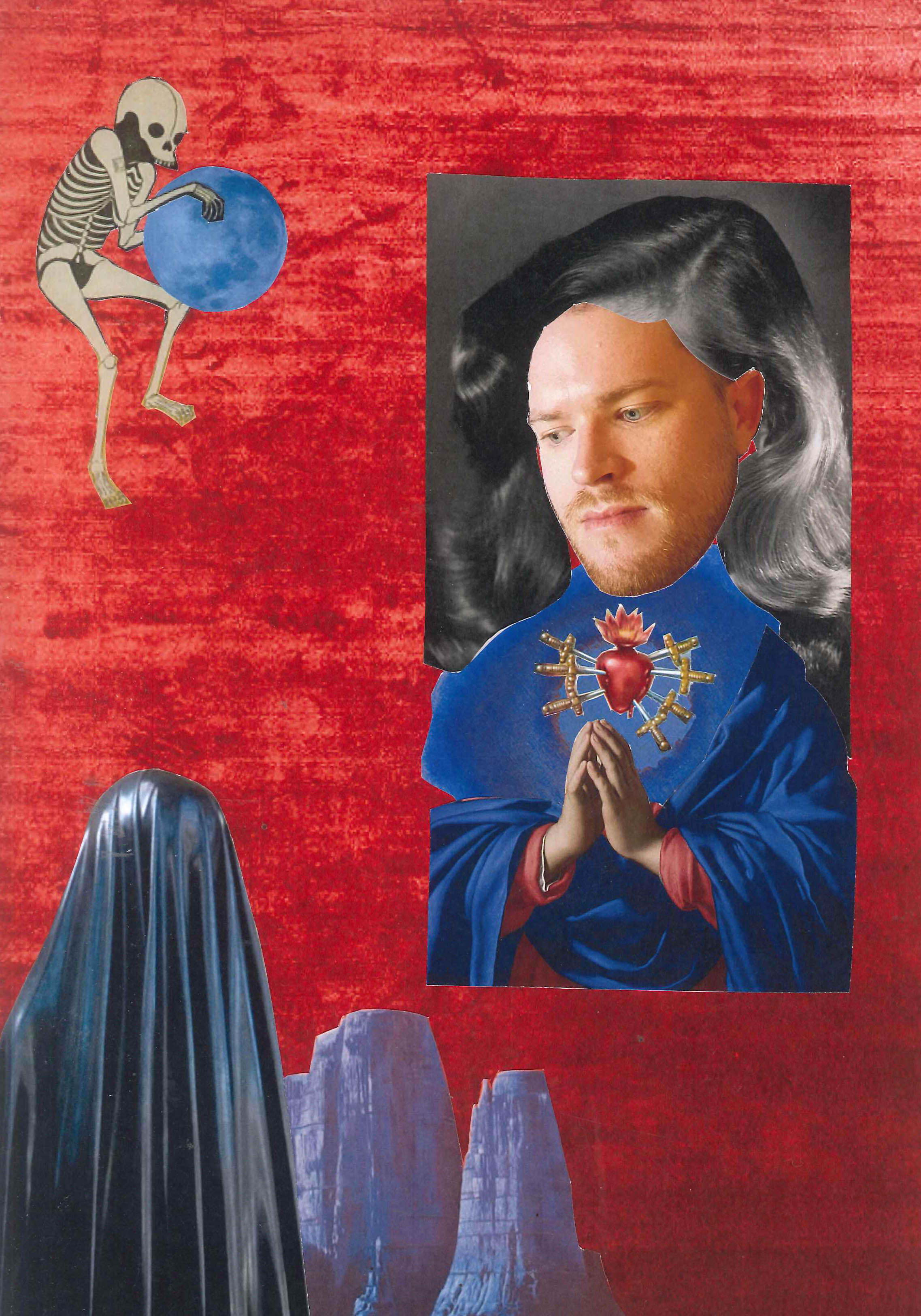 History has a habit of repeating itself, such is the cliche. Perhaps then this studio will be no different than the ones before – Viv, Viv, Vivian, NoHomo, DickBlack, Scum – and the ones that will follow, however they are bizzarely titled. Its always a bit of a rehash of the same things, the same motifs, the same everything really…. a bit of a nudge here, a gesture to something over there… a less subtle peversion here, a set of extravagently built genitals there, an object smeared, smudged and scuffed. Absurdity and incoherece go together rather swimmingly with the exception of a few morose students and the occasional cant-be-bothered tutor…but, it all comes across, as someone plainly commented, “not very fucking dainty”. Best to approach it as Epic theatre I guess. The most sound advice I can give you: listen to your mother…she knows best…always…even when she may be wrong…of this your mother is acutely aware…so what now…this almost sounds like a confession, doesnt it… doesnt it?……?
The studio continues a lineage of studios that are framed by methods and approaches that emancipate and sustain a queer life. In doing so these studios suggested how the problematizing of the threshold between an abject and a normative condition can contribute new insights into the production of space and hence the implications this problematizing has for new architectures. Such a space constitutes a site of social enterprise that cannot be formally recognised due to its often hermetic production and the prejudiced economies of the world, but that has existed and has been considered historically from the mid 1800s onwards. There has been an extraordinary examination of the thresholds – social, culture and economic – that constitutes the production inside and outside of the quiddity of this space. Attempts to describe it have refl ected on the other, abjection and campness. But it is also by these same mechanisms with which any examination of this space is itself subverted and appropriated. Consequently this space is contingent and thus the mechanisms by which to engage with it can only ever be improvised.

This studio continues the assault on Jack’s Magazine, a colonial gunpowder storage facility along the Maribyrnong River. The 3m high bluestone walls and 10m high earth blast wall are as alarming as anything by Lequeu, Ledoux and Boullee. A program, as such, is described as a centre for the repatriation and distribution of indigenous objects. In part this was prompted by the British Museum’s exhibition Indigenous Australia: enduring civilization and the NMA exhibition Encounters and the subsequent debate around the objects, stories and peoples displayed in the exhibitions, held within the collections of both institutions and in further private and publics collections around the world. More importantly the studio waas struck by the word indigenous and the curious manner by which it could be pursued. The intention of this studio is to consider that repatriation and distribution is a fait accompli, and that the techniques and methods of working put forth in previous studios, whilst turned towards a specifi c queer narrative, are in fact approaches and techniques that can be aligned towards the emancipation of others.