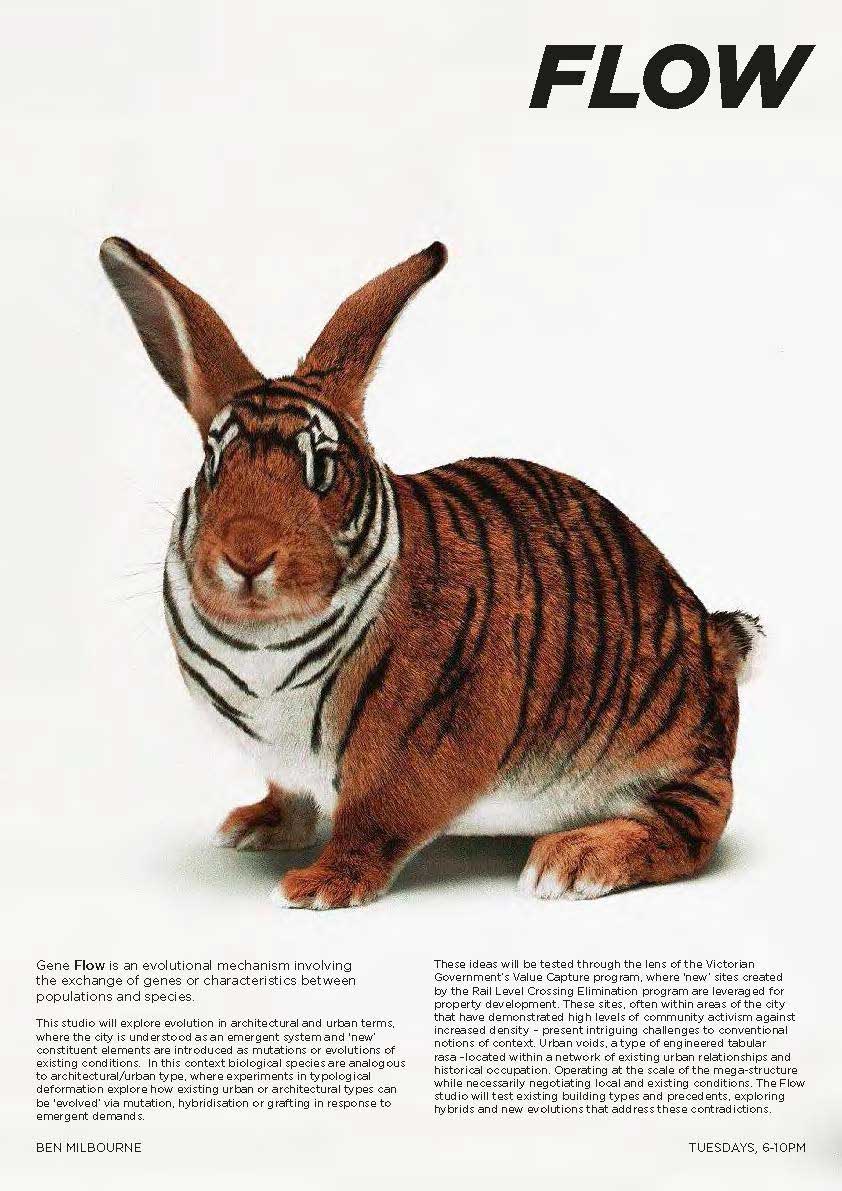 Gene Flow is an evolutional mechanism involving the exchange of genes or characteristics between populations and species. This studio will explore evolution in architectural and urban terms, where the city is understood as an emergent system and ‘new’ constituent elements are introduced as mutations or evolutions of existing conditions. In this context biological species are analogous to architectural/urban type, where experiments in typological deformation explore how existing urban or architectural types can be ‘evolved’ via mutation, hybridisation or grafting in response to emergent demands.

These ideas will be tested through the lens of the Victorian Government’s Value Capture program, where ‘new’ sites created by the Rail Level Crossing Elimination program are leveraged for property development. These sites, often within areas of the city that have demonstrated high levels of community activism against increased density – present intriguing challenges to conventional notions of context. Urban voids, a type of engineered tabular rasa –located within a network of existing urban relationships and historical occupation. Operating at the scale of the mega-structure while necessarily negotiating local and existing conditions. The Flow studio will test existing building types and precedents, exploring hybrids and new evolutions that address these contradictions.