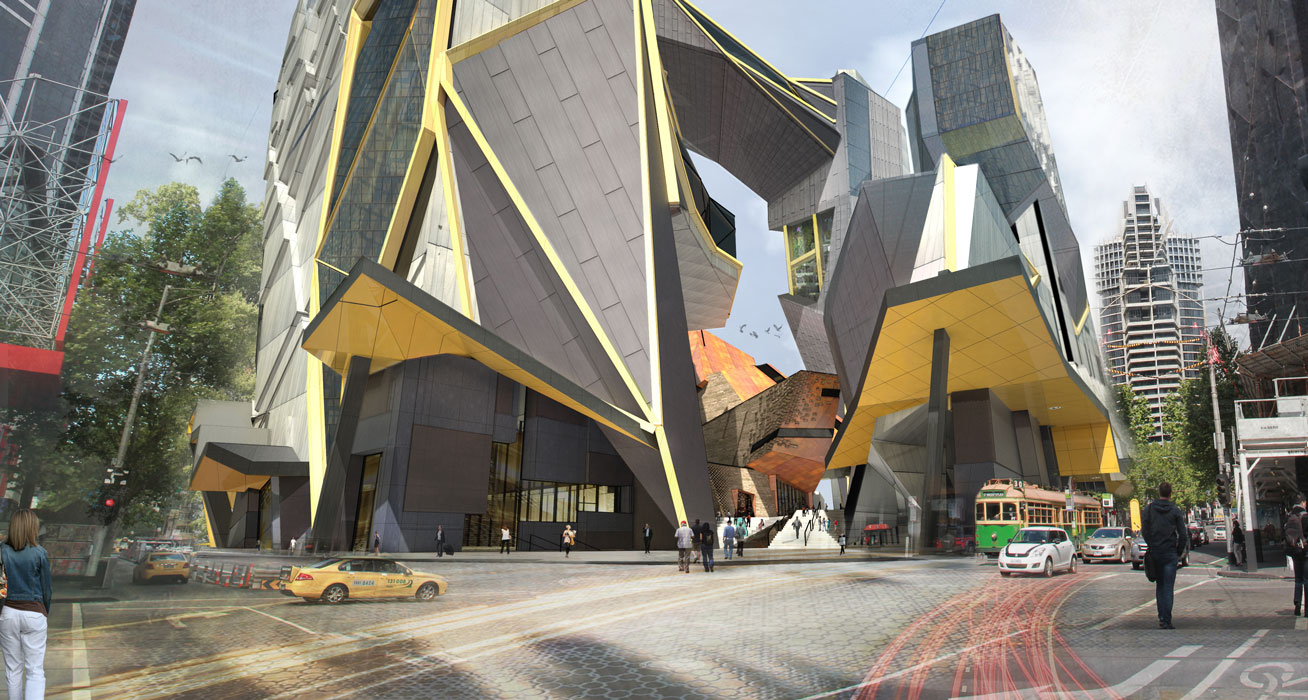 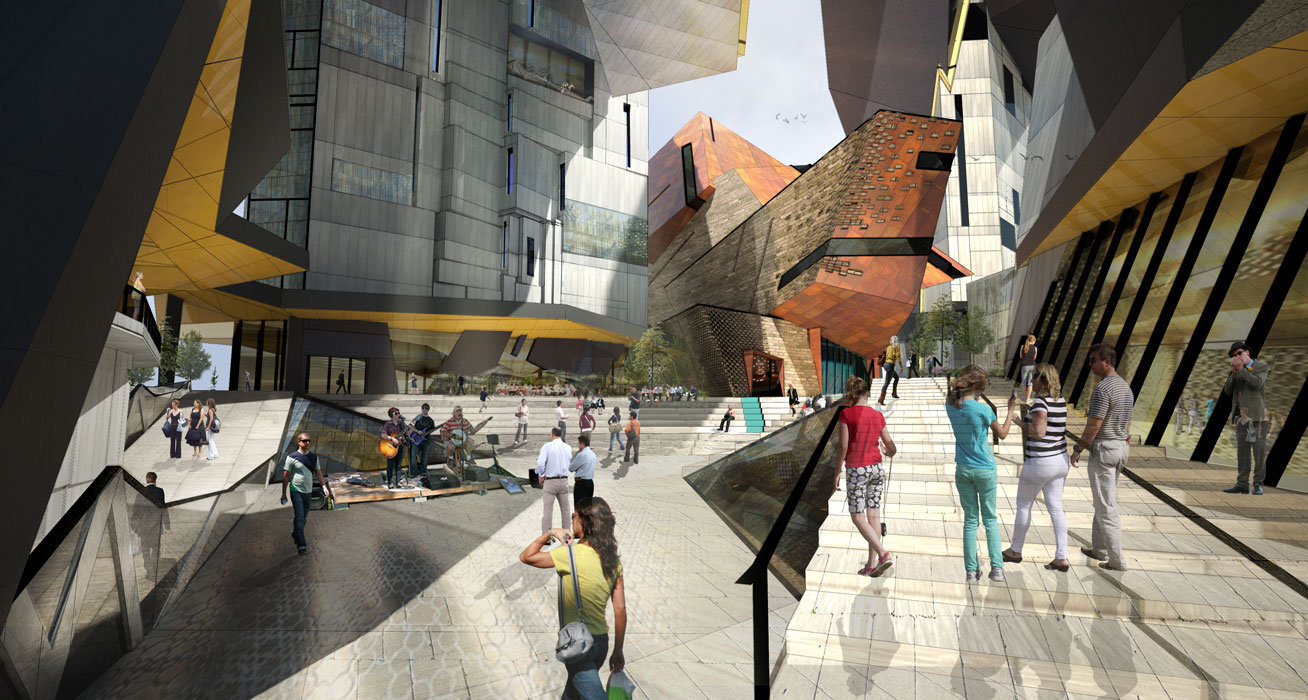 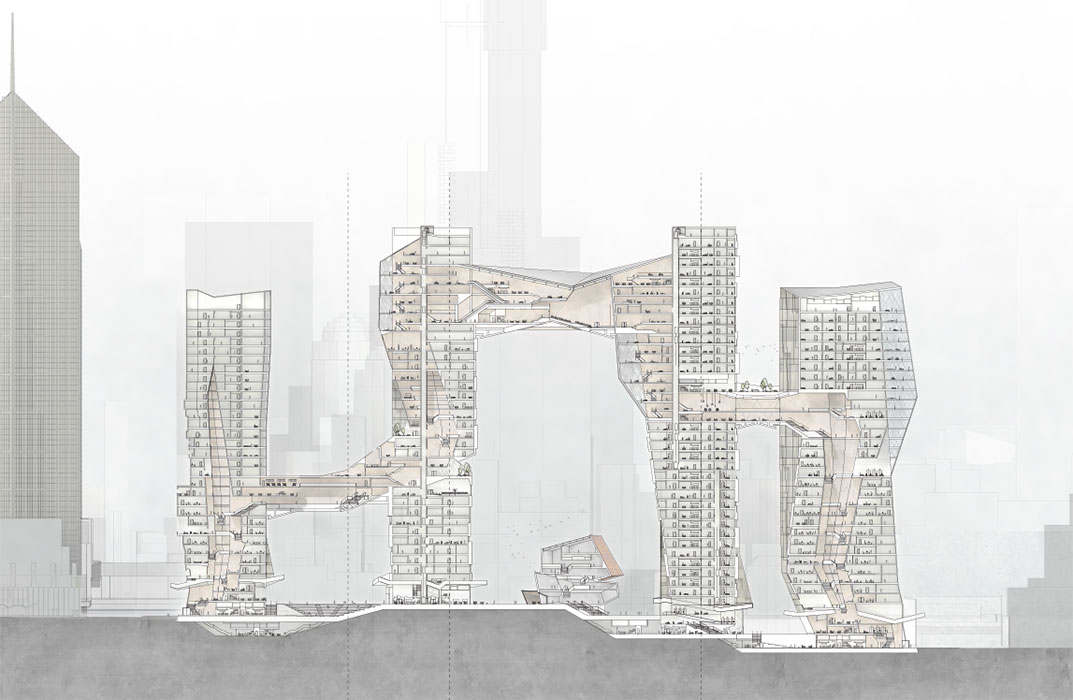 The contemporary city is composed of a multitude of networks and systems. The most notable of these include buildings, transport systems, pedestrian links and vehicular passages. To date, the horizontality of these systems have been organized in relation to the ground level. However, with the forecasted densities that will limit the urban footprint available within the confines of the urban context, it is inevitable that these systems will begin to take on vertical adaptations.The success of an urban proposal is reliant upon the level of cohesion with which these systems are allowed to operate. Our scheme aims to respond to the wider urban context as a paradigm of the programmatic and systematic nature of the city. Both in its attempt to converge a series of networks across a vertical scale but also in its reflection of the frenetic ethos of the city.

Conceptually, the project begins with making a direct link between the existing historical buildings on site by creating a centralized arts precinct. There are many galleries currently on site which inhabit the heritage buildings existing there. Treating the arts centre as a gateway, the plan pulls in the existing context of the active city street into the heart of a site cut of from the city for decades — while also avoiding direct replication of the area’s pervasive perimeter block typology.

The project sought mixed-use proposals to guide the former industrial site’s redevelopment. The additional connections formed at ground level and above give the site a new porosity in all directions. This subdivision of the site created through a network of connections create new retail and restaurant programs which begin challenging the current set-backs of Melbourne city blocks. The internal courtyards/public spaces create a gradation of conditions between public and private.