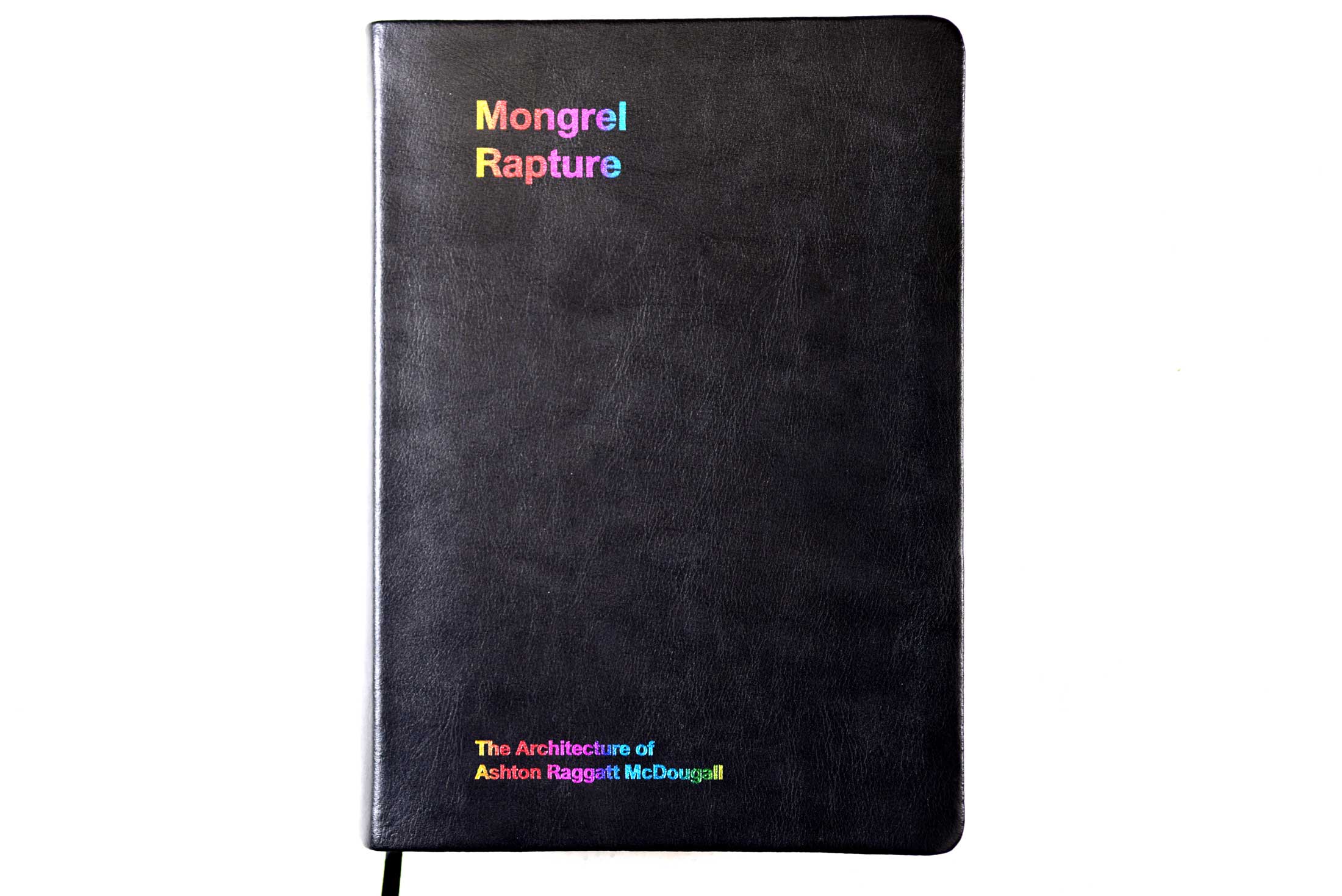 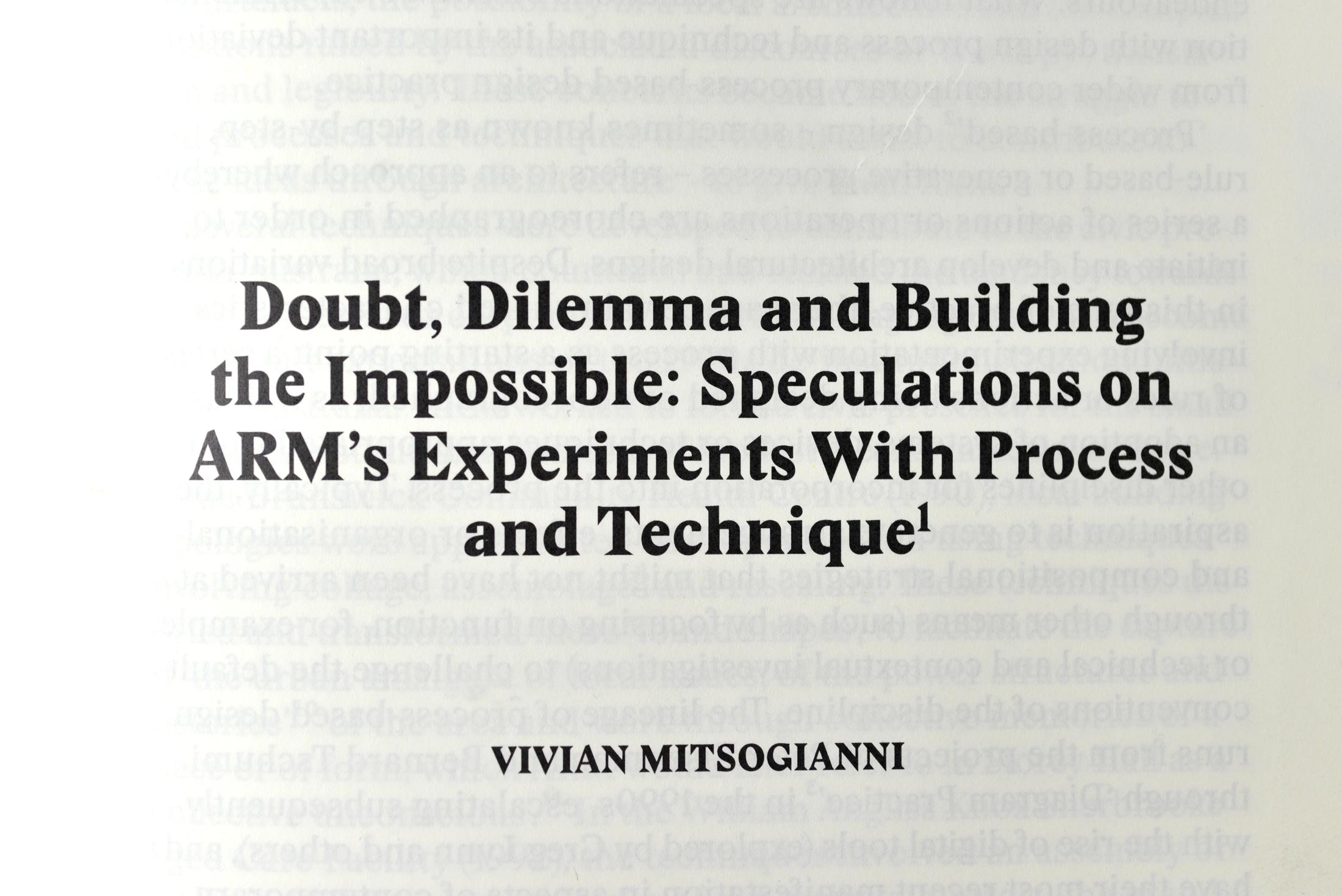 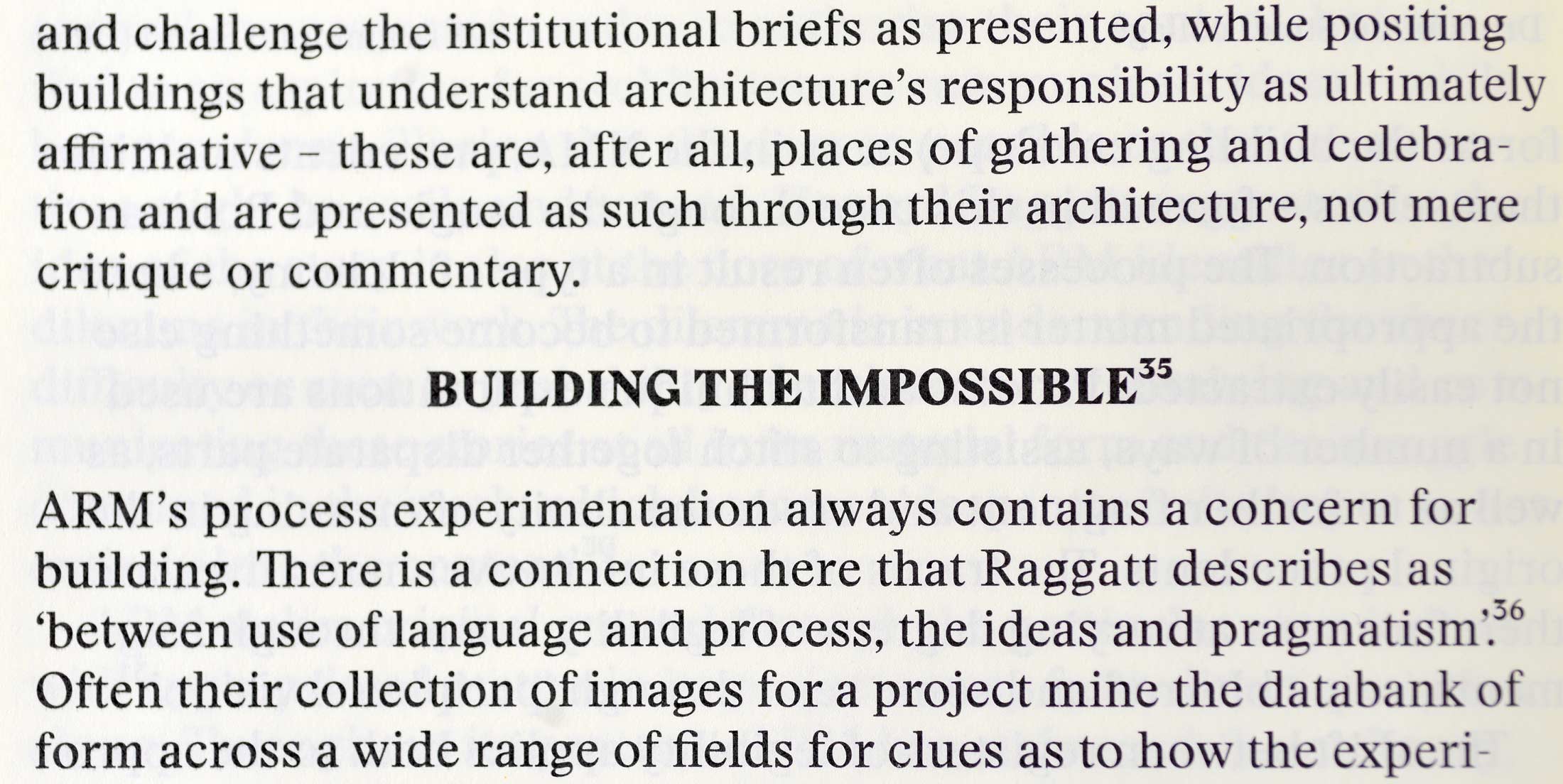 Doubt, Dilemma and Building the Impossible: Speculations on ARM’s Experiments with Process and Technique

“ARM has no tolerance for architecture that is mute, that has no stories to tell. It is a critical and speculative practice, where architecture is see as self-consciously propositional and capable of engaging a culture’s shared hopes, as well as its disatisfations, through its material form – even as its ability to do so is seen as illusive.

We must never be merely satisfied with the discipline of architecture – we should question it, unravel it and strive to further it. In order to do this, architecture needs to be problematized and judgement must come into question. There must be doubt. If this is the case then we must struggle to develop tools that will assist in these endeavours. What follows are speculations on ARM’s experimentation with process and technique and its important deviations from wider contemporary process-based design practice.”

Mongrel Rapture is the first major monograph on Ashton Raggatt McDougall, one of the most significant architectural practices in Australia. ARM’s architecture draws from a diverse territory of inspiration, including Michelangelo and Robert Venturi, computer programming and biblical verse. It has been celebrated—and occasionally execrated—by critics and the public alike, yet, despite the work’s capacity to polarise, the practice has produced some of Australia’s most significant buildings. These include the National Museum of Australia, Canberra (2001), Melbourne Recital Centre and Melbourne Theatre Company Southbank Theatre (2008), Perth Arena (2012) and the Barak Building at Swanston Square (2015), which puts the portrait of Wurundjeri Elder William Barak at the northern tip of Melbourne’s civic axis.

Mongrel Rapture is a book of many parts, including an extensive selection of architectural drawings, a rich photographic portfolio of key projects, and invited contributions from writers, critics and architects from around the world. It also includes a substantial body of texts on the practice itself, most importantly through a series of compelling texts by ARM directors Ian McDougall and Howard Raggatt. These are revealing and, at times, confronting. Independent contributors include Charles Jencks, Mark C Taylor, Leon van Schaik, Harriet Edquist, Conrad Hamann, Vivian Mitsogianni, John Macarthur and Naomi Stead.