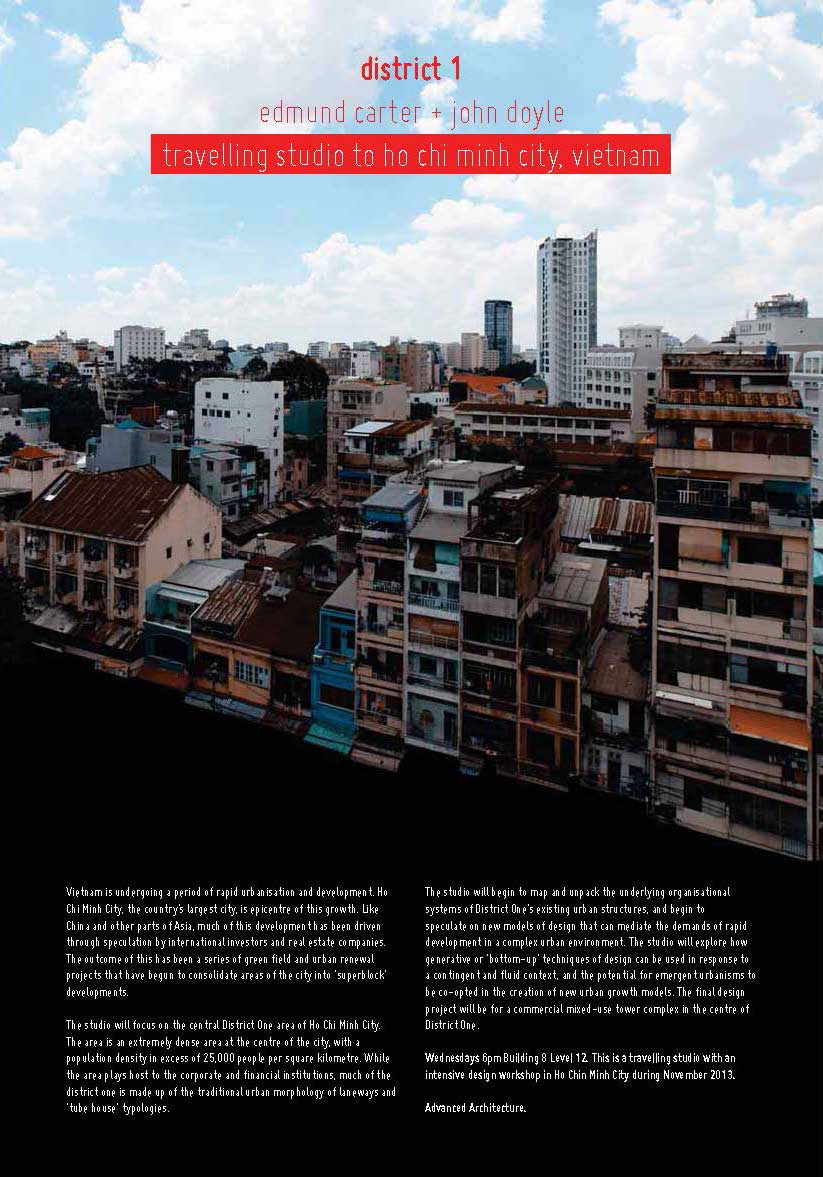 Vietnam is undergoing a period of rapid urbanisation and development. Ho Chi Minh City, the country’s largest city, is epicentre of this growth. Like China and other parts of Asia, much of this development has been driven through speculation by international investors and real estate companies. The outcome of this has been a series of green field and urban renewal projects that have begun to consolidate areas of the city into ‘superblock’ developments.

The studio will focus on the central District One area of Ho Chi Minh City. The area is an extremely dense area at the centre of the city, with a population density in excess of 25,000 people per square kilometre. While the area plays host to the corporate and financial institutions, much of the district one is made up of the traditional urban morphology of laneways and ‘tube house’ typologies.

The studio will begin to map and unpack the underlying organisational systems of District One’s existing urban structures, and begin to speculate on new models of design that can mediate the demands of rapid development in a complex urban environment. The studio will explore how generative or ‘bottom-up’ techniques of design can be used in response to a contingent and fluid context, and the potential for emergent urbanisms to be co-opted in the creation of new urban growth models. The final design project will be for a commercial mixed-use tower complex in the centre of District One.