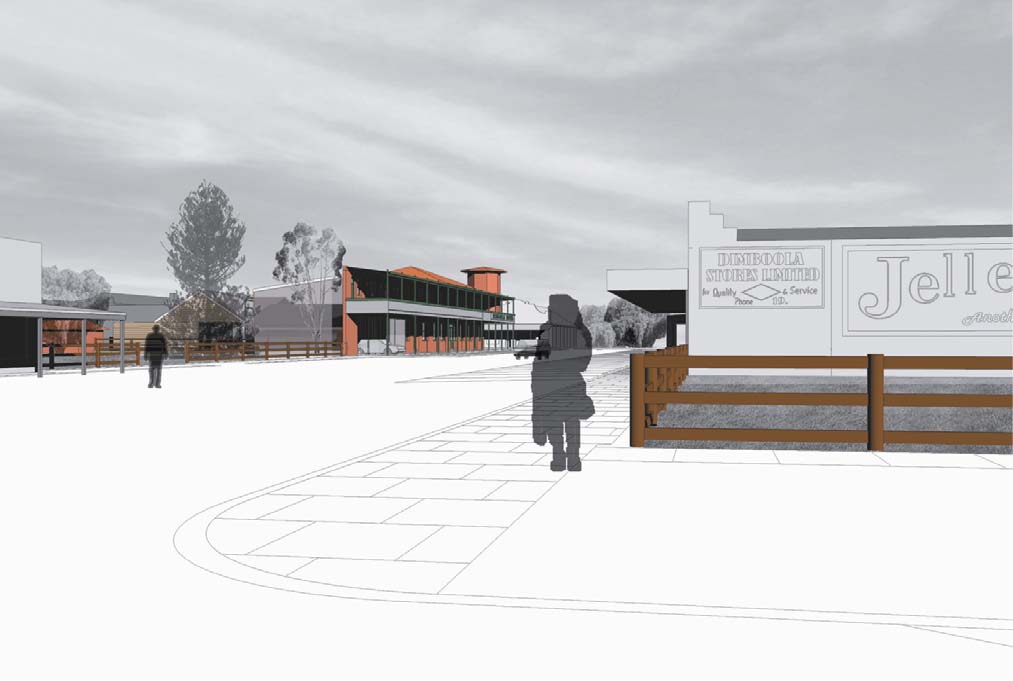 Project Description:
The project was to undertake urban design studies and produce an Urban Design Plan for the town of Dimboola commissioned by the Hindmarsh Shire Council. This rural town in the State of Victoria faces serious demographic challenges with ageing and falling populations, surplus building stock and infrastructure, consolidation of regional services, and shifts from an entirely agricultural economy to other activities such as tourism.

Background:
The Urban Design Plan for Dimboola has recently been completed by the NMBW Consultant Team. The Urban Design Plans were developed to take in the needs of community, visitors, the geography and community sustainability into the future. NMBW have put together hard copies and CD format of the final document.

Issues:
The final copy of the Urban Design Plan for Dimboola needs to be adopted and then distributed to the Dimboola Town Committee and community.

Consultation:
The Project team visited Dimboola once a month for four months in March, April, May and June 2005. Each visit included about twenty students with four or five consultants and undertook wide-ranging consultation with the Dimboola community. In addition, four public meetings were held, draft documents circulated and displayed, press releases printed in the Banner and comments received from a wide variety of sources. The project team stayed in Dimboola for three days on each visit which gave opportunities for formal and informal discussion and interaction. Comments received on the draft plan were incorporated into the Plan. The last meeting in June saw the launch and exhibition of the plan with subsequent submissions, comments and suggestions incorporated in the plan forwarded to, and accepted by, the Steering Committee.

Options:
Council can adopt the Dimboola Urban Design Plan or amend the Plan.

MOTION:
CR. KEMFERT MOVED “THAT A LETTER BE SENT TO NMBW CONSULTANT TEAM
CONGRATULATING THEM ON THE EXCELLENT JOB THEY DID ON THE
HINDMARSH SHIRE URBAN PLANS.”