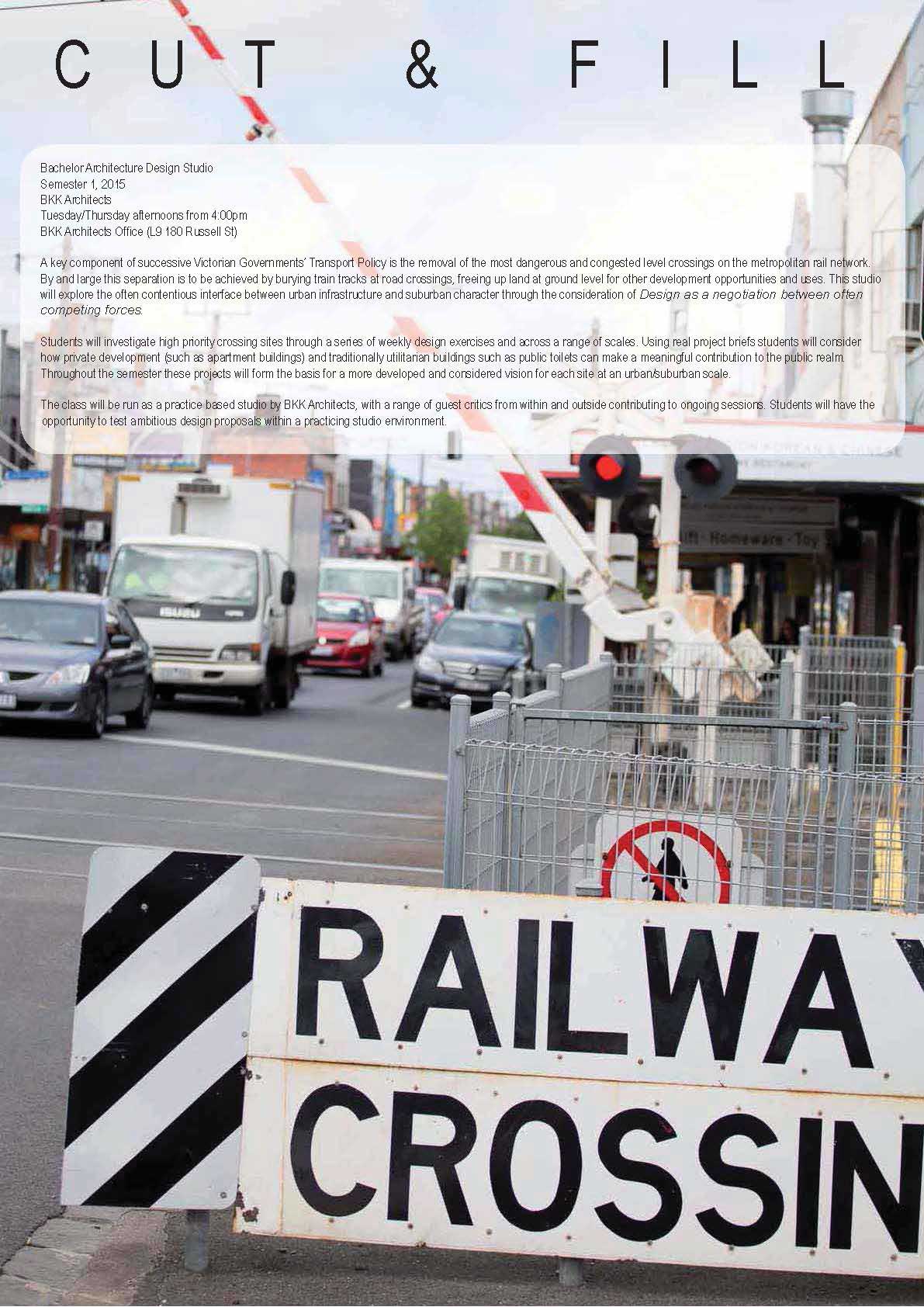 A key component of successive Victorian Governments’ Transport Policy is the removal of the most dangerous and congested level crossings on the metropolitan rail network. By and large this separation is to be achieved by burying train tracks at road crossings, freeing up land at ground level for other development opportunities and uses. This studio will explore the often contentious interface between urban infrastructure and suburban character through the consideration of Design as a negotiation between often competing forces.
Students will investigate high priority crossing sites through a series of weekly design exercises and across a range of scales. Using real project briefs students will consider how private development (such as apartment buildings) and traditionally utilitarian buildings such as public toilets can make a meaningful contribution to the public realm. Throughout the semester these projects will form the basis for a more developed and considered vision for each site at an urban/suburban scale.

The class will be run as a practice based studio by BKK Architects, with a range of guest critics from within and outside contributing to ongoing sessions. Students will have the opportunity to test ambitious design proposals within a practicing studio environment.