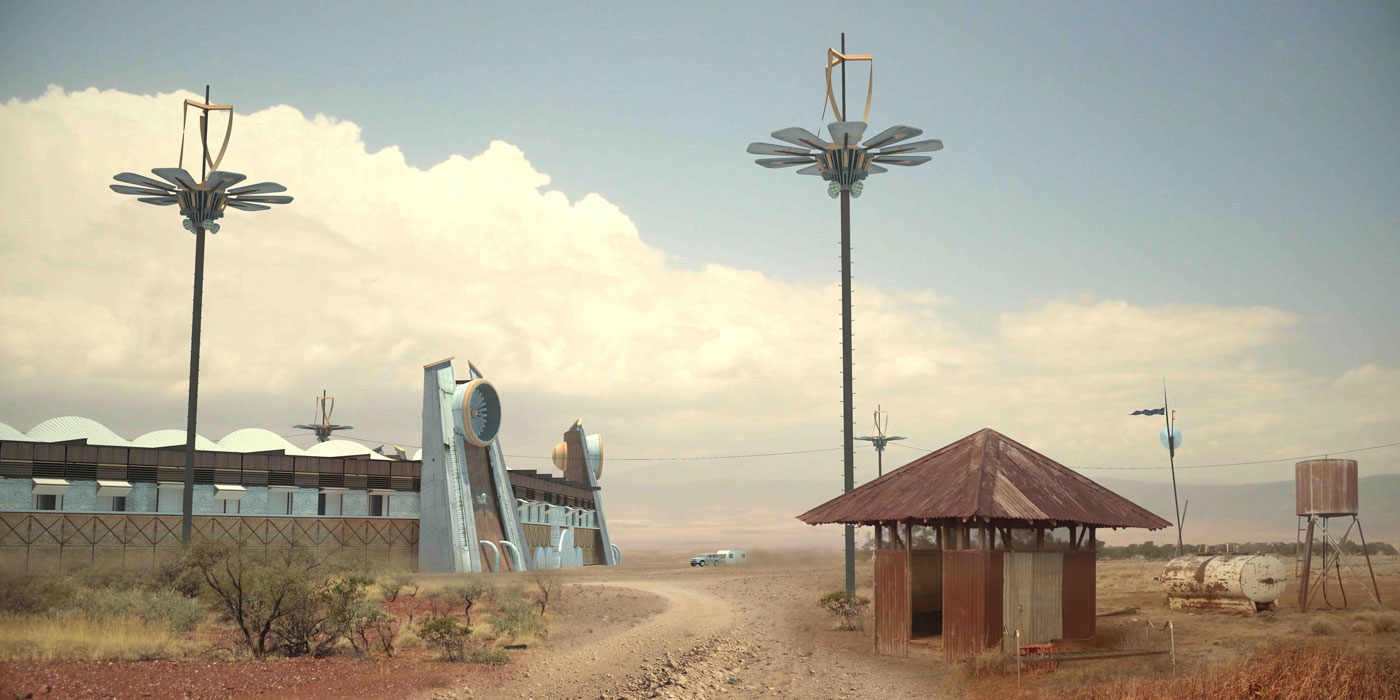 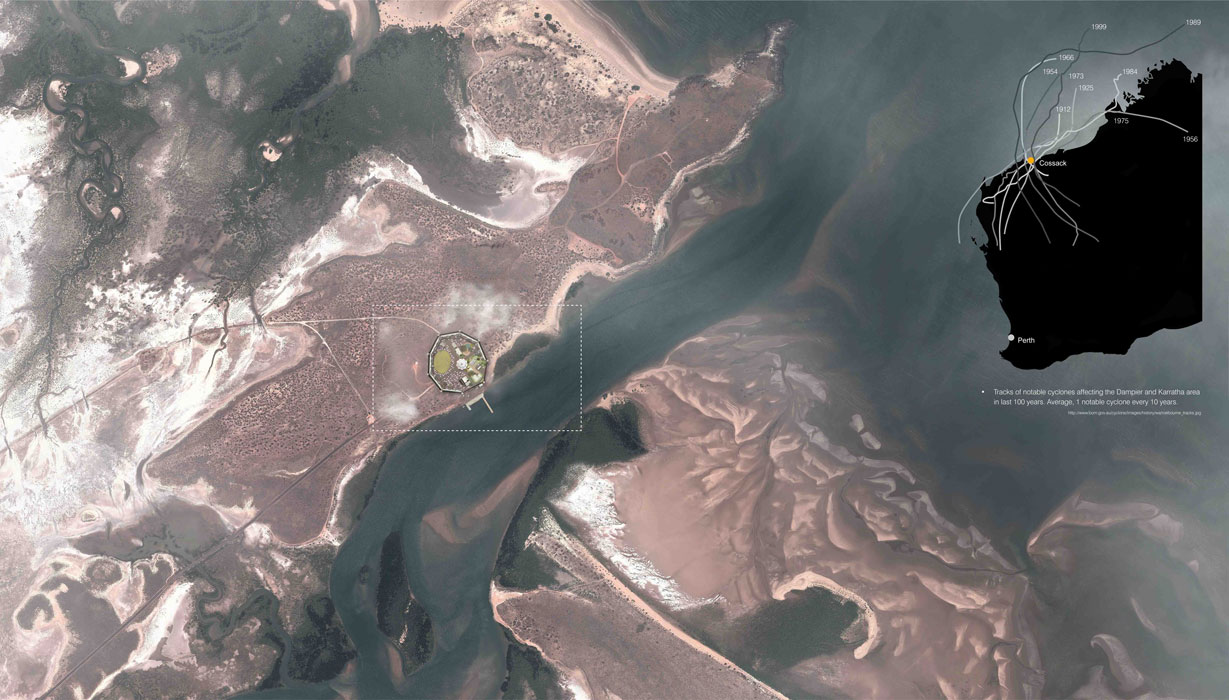 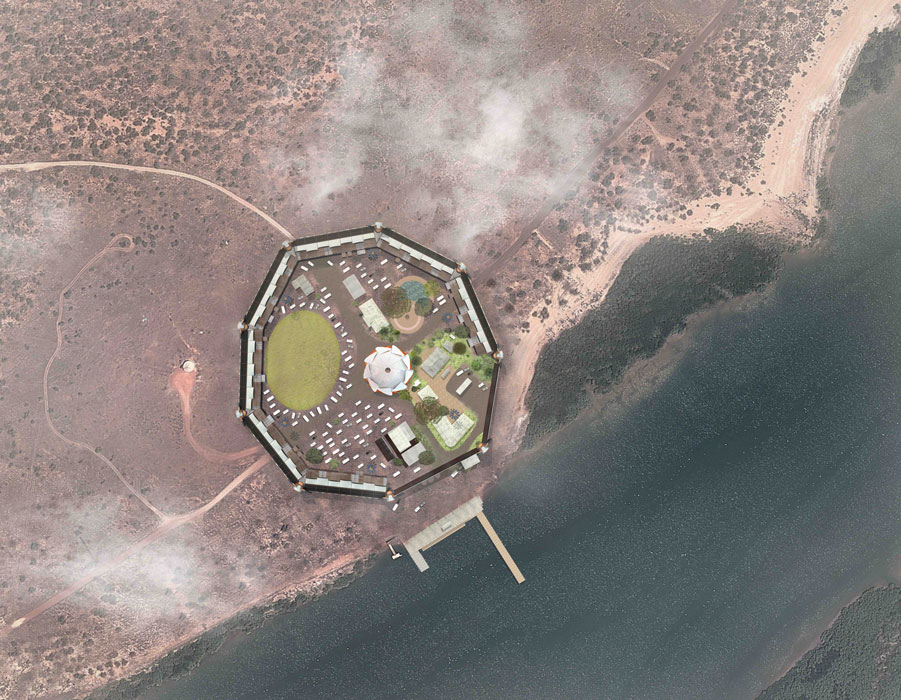 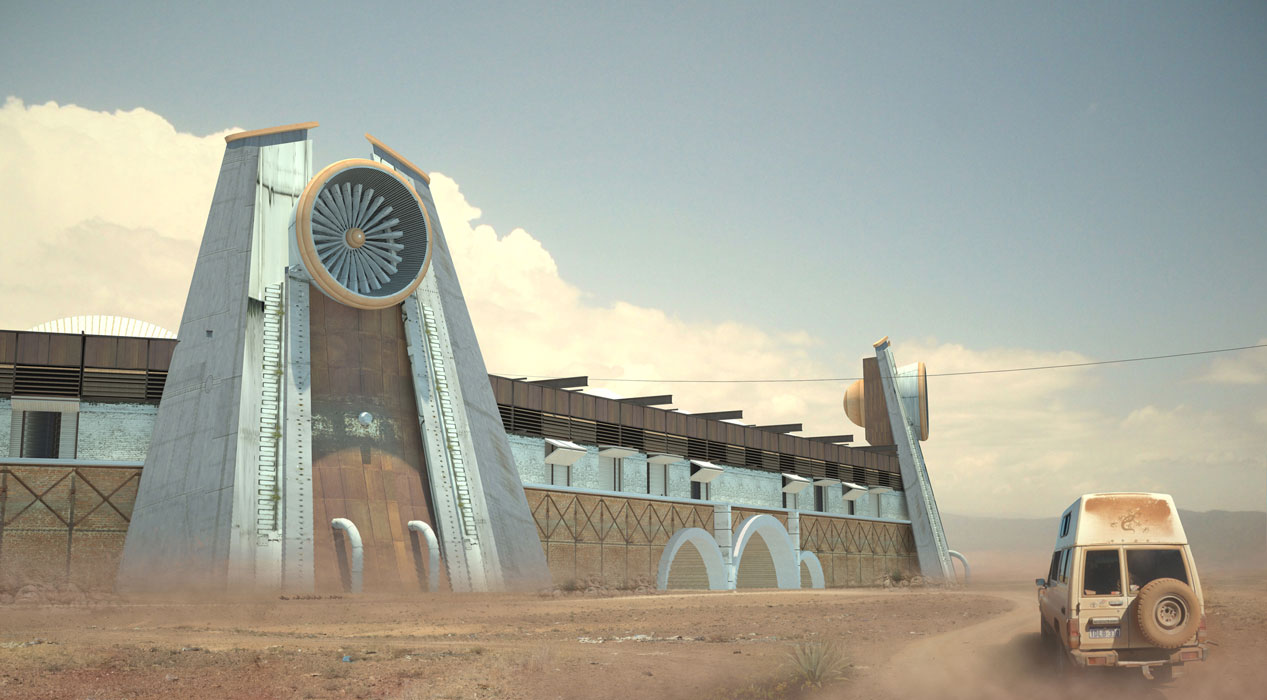 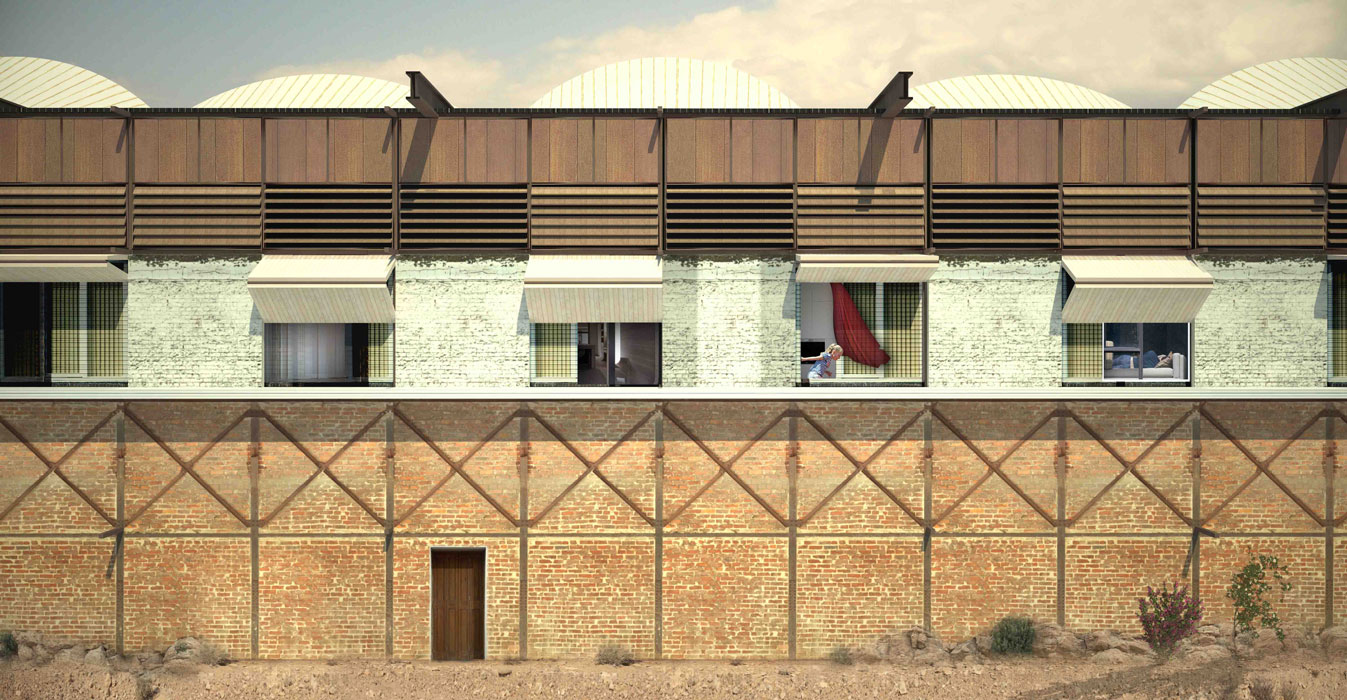 The recent mining boom & the culture it has given rise to has been the cause of a number of issues in the existing towns in the Pilbara between local communities and transient workers. The intention was not to fix the problems of this transient worker culture but was simply to build a place separate from the local towns that would suit this strange fringe culture better. The chosen site Cossack, is located in the Pilbara region on the north coastline of Western Australia. It was once the pearling heart of the region before resources were depleted and the workers moved out. Today it is a ghost town with a handful of heritage listed buildings remaining, which are slowly deteriorating due to the constant exposure to the extreme weather conditions.

Surrounding the site is an isolated, deformed wasteland. A place of constant flooding, burning overhead sun and cyclonic storm conditions reap havoc on Cossack both during the dry and the wet seasons year in, year out. The intention was to design a structure to combat these conditions, a structure which would instil a sense of refuge and defence from both the surrounding wasteland and the extreme weather conditions of the site. The circular geometric fortified wall becomes bastardised due to the site topography, with Tien Tsin lookout and the high tide zone aggressively creeping into the proposed circular boundary from both the west and east sides of the structure. The wall provides shelter and housing within its structure while the inner courtyard space allows the opportunity for short term portable like architecture to be assembled freely.

Centrally located are the existing heritage buildings along with a proposed domed structure for shared community use. The Vault is proposed as an alternative way to building in remote, isolated areas of the desert. This proposal goes against a strange trend of laying out the typical suburban model in what is an almost inhabitable wasteland. The unpredictability of extreme weather conditions cannot be controlled, but the way architecture responds to these site specific conditions is controllable. The Vault is designed to promote human interaction and community spirit within, while protecting human life from the dangerous and uncontrollable conditions beyond its walls.