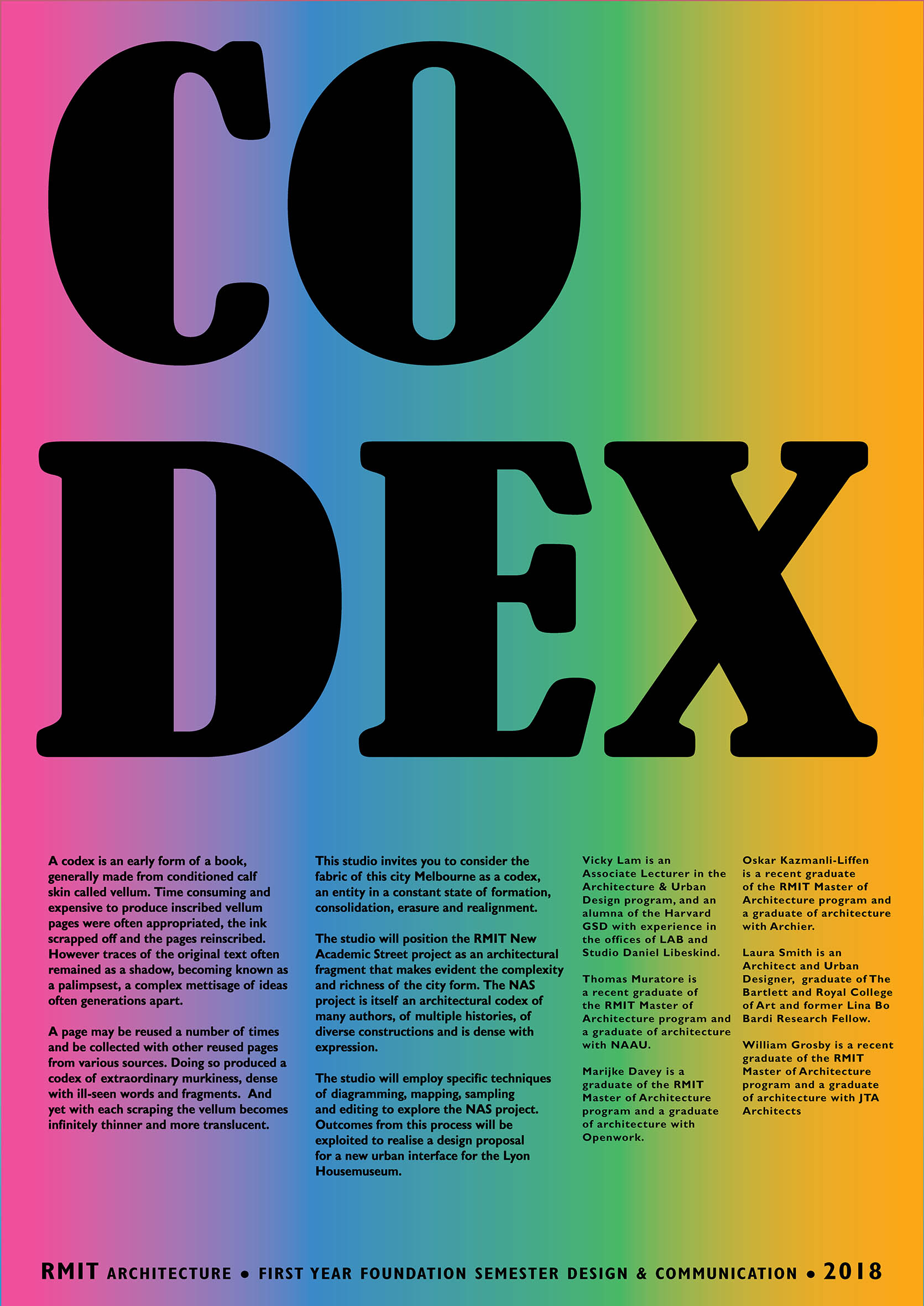 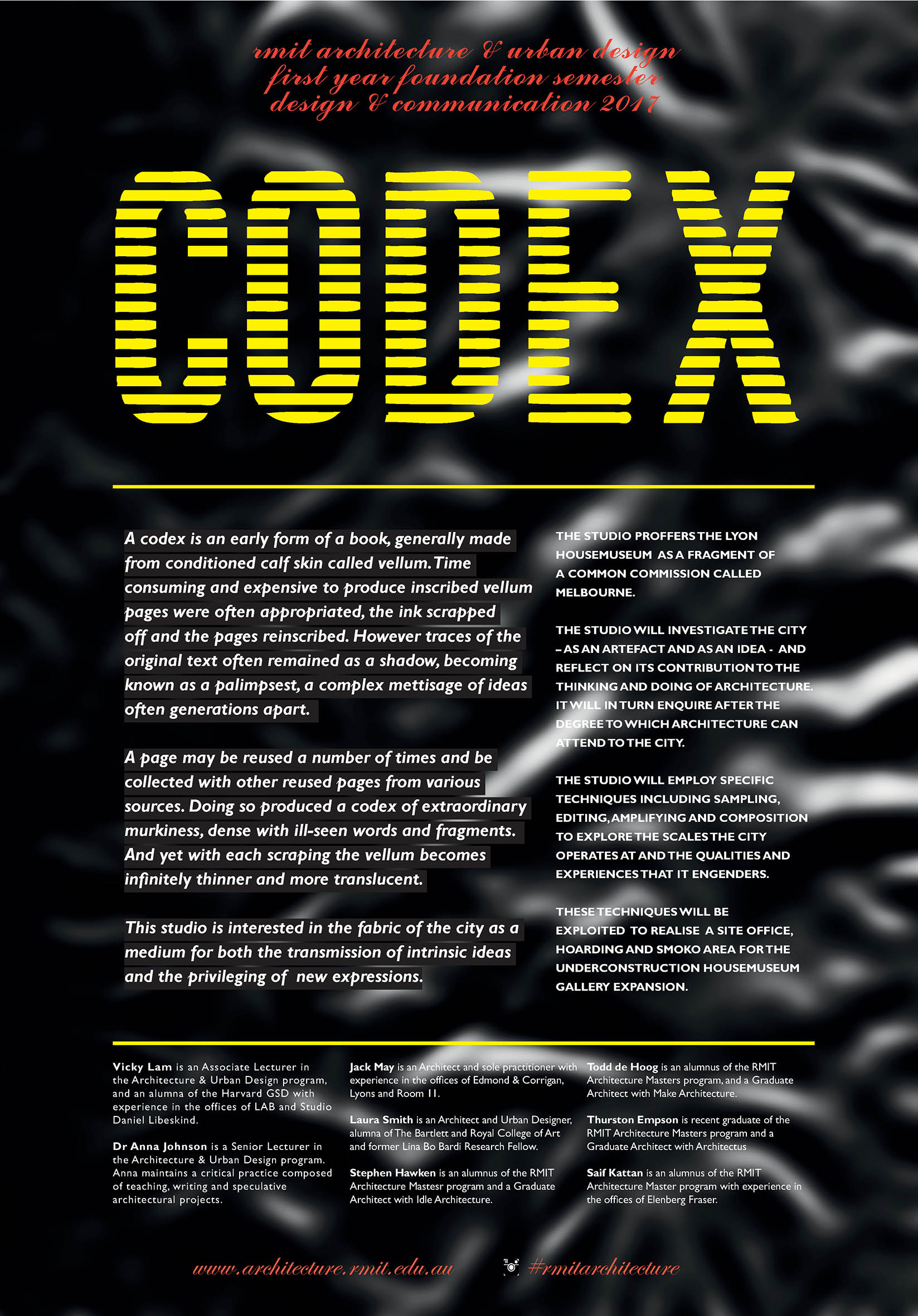 CODEX is one of three design streams that make up the First Year Foundation Semester design and communication course.

A codex is an early form of a book, generally made from conditioned calf skin called vellum. Time consuming and expensive to produce inscribed vellum pages were often appropriated, the ink scrapped off and the pages reinscribed. However traces of the original text often remained as a shadow, becoming known as a palimpsest, a complex mettisage of ideas often generations apart.

A page may be reused a number of times and be collected with other reused pages from various sources. Doing so produced a codex of extraordinary murkiness, dense with ill-seen words and fragments. And yet with each scraping the vellum becomes infinitely thinner and more translucent.

This studio invites you to consider the fabric of this city Melbourne as a codex, an entity in a constant state of formation, consolidation, erasure and realignment.

The studio will position the RMIT New Academic Street project as an architectural fragment that makes evident the complexity and richness of the city form. The NAS project is itself an architectural codex of many authors, of multiple histories, of diverse constructions and is dense with expression.

The studio will employ specific techniques of diagramming, mapping, sampling and editing to explore the NAS project. Outcomes from this process will be exploited to realise a design proposal for a new urban interface for the Lyon Housemuseum.