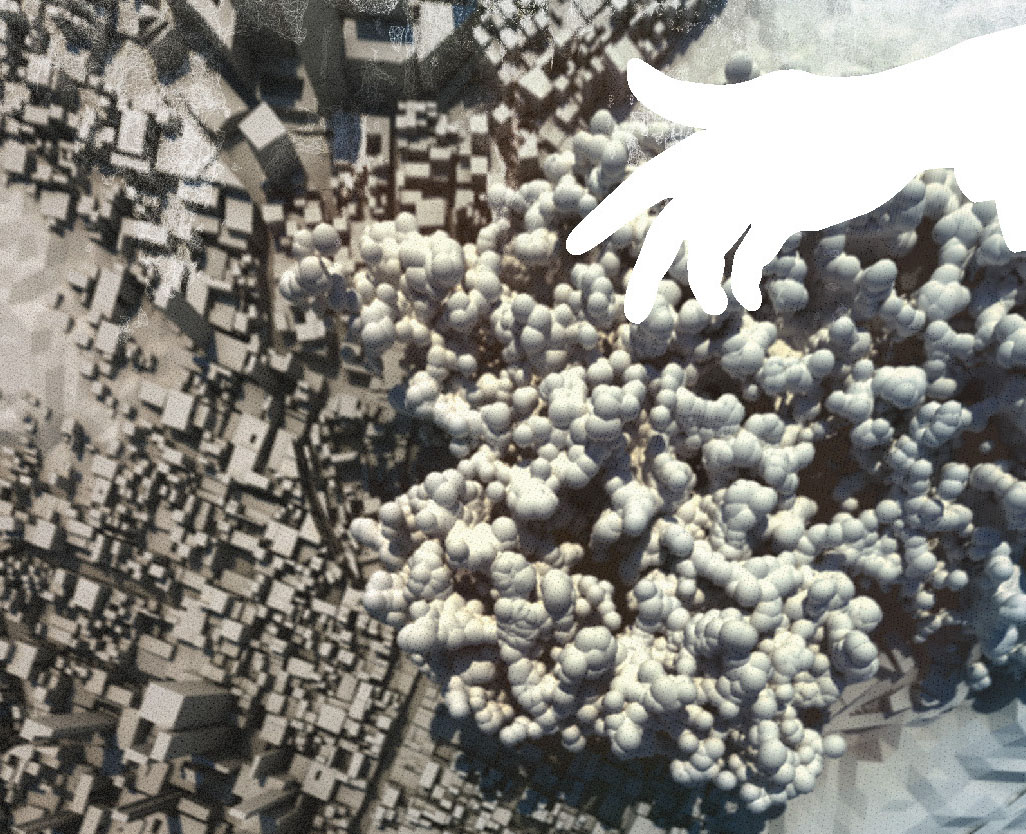 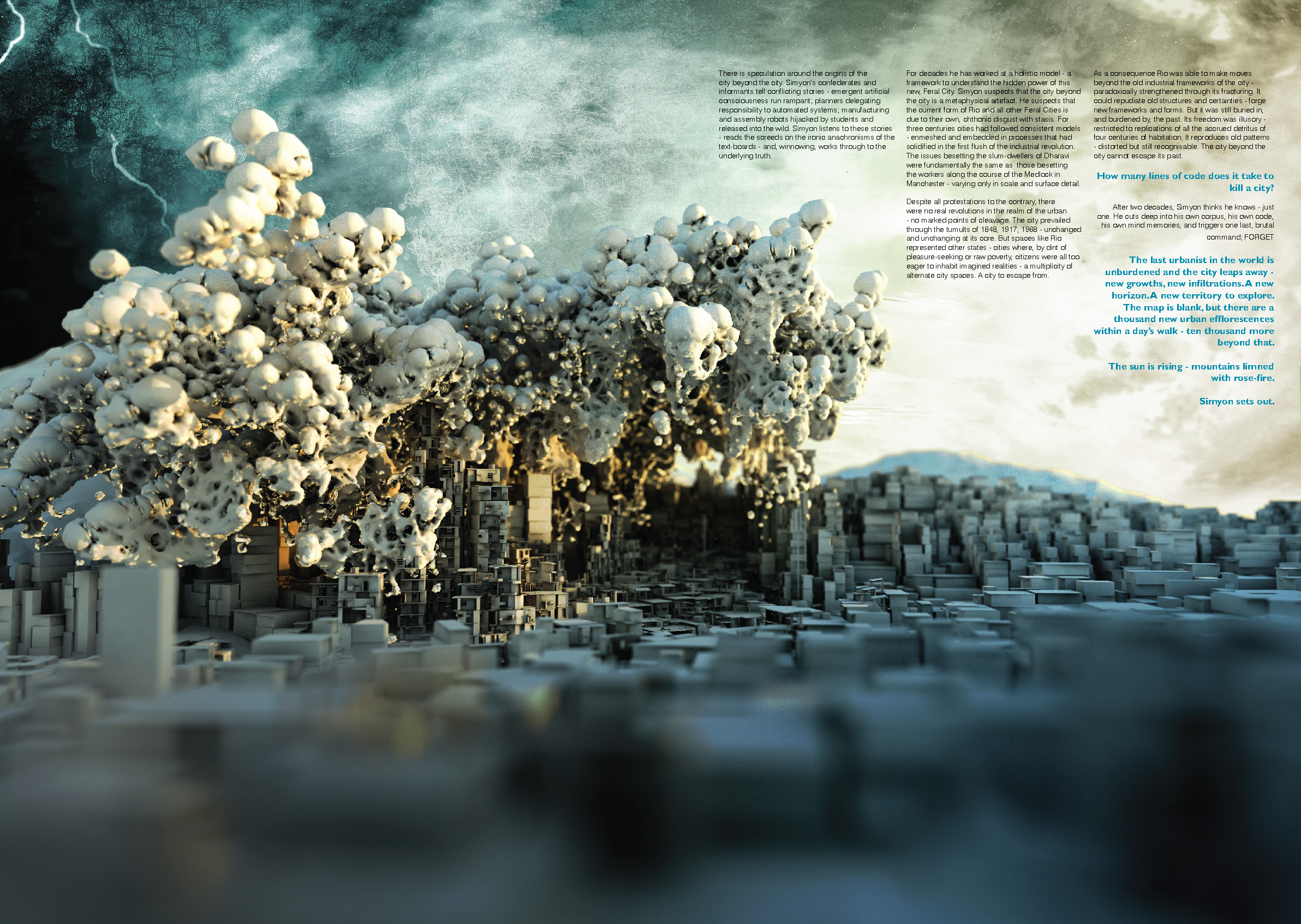 The City Beyond The City represents a possible future for the urban fabric of Rio through a short fiction and a collection of digital mappings and images. It is intentionally provocative in its imagery and prose in order to acknowledge the shortcomings of traditional approaches of design and planning, as well as the unsatisfactory compromises of bottom-up, emergent and generative practices as means to control and engage the complex processes that underpin the evolution of the modern urban megapolis. This critical approach directly engages with a growing discourse surrounding the creative agency of designers in the context of increasingly powerful digital tools, exemplified by the positions developed in Architectural Design (83), Computation Works – The Building of Algorithmic Thought.

The project makes a unique contribution to this discourse by considering how highly sophisticated digital simulations might serve as conceptual ‘props’ in a design fiction rather than as formal solutions to defined design problems. The simulation instead is a model with which to augment the creative palette at the designers disposal. The project demonstrates how the use of such a prop and the narrative as a tool to critique our understanding of the built environment and to imagine possible futures is a powerful and highly suggestive technique.

The project was one of 125 entries submitted to the Rio Cityvision ideas competition and received an honorable mention and the second highest cumulative score from an exceptional jury panel composed of Aleandro Zaera-Polo, Jeffrey Inaba, Jeroen Koolhaas and Hernan Diaz Alonso. The project has subsequently received extensive online media coverage (Archdaily, Archinect,) and has been exhibited at a number of venues around the world including the OUTDOOR festival in Rome (http://www.out-door.it/) and Studio-X in Rio.