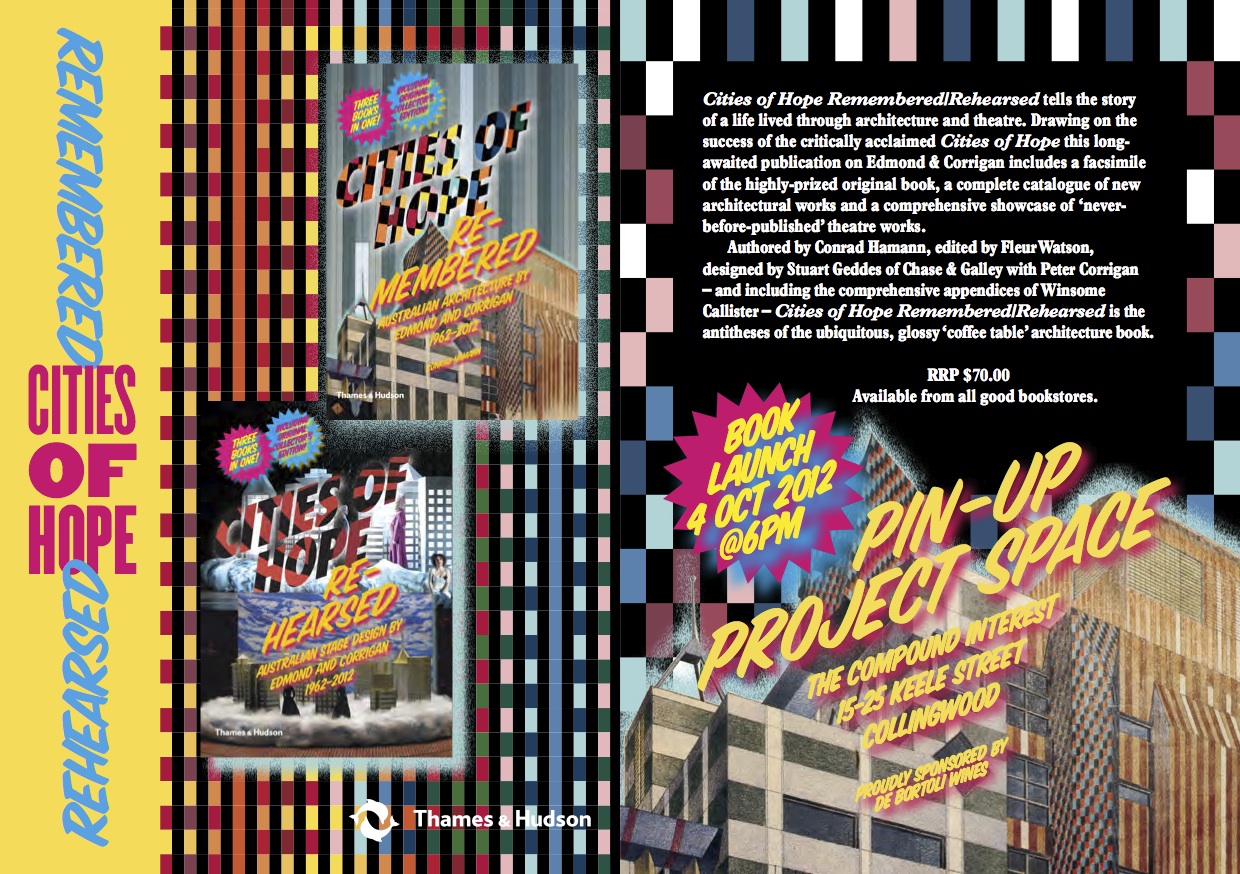 This book tells the story of a life lived through architecture and theatre. Drawing on the success of the critically acclaimed Cities of Hope this long awaited publication on Edmond & Corrigan includes a facsimile of the highly-prized original book, a complete catalogue of new architectural works and a comprehensive showcase of never before published theatre works. Designed by Stuart Geddes of Chase & Galley with Peter Corrigan – and including the comprehensive appendices of Winsome Callister – Cities of Hope Remembered/Rehearsed is the antitheses of the ubiquitous, glossy ‘coffee table’ architecture book.

Dr Peter Corrigan is an RMIT Architecture Professor and RAIA Gold Medal winning architect. His architectural practice Edmond and Corrigan with Maggie Edmond is widely published and awarded with notable projects that include the Athon House and RMIT Building 8. He has also received prestigious theatre and opera scenography design commissions including the Grand Macabre production directed by Barrie Kosky at the Komische Oper House Berlin in 2003, and the forthcoming opera Falstaff, directed by Tama Matheson, to be staged at Oper Graz, Austria in January 2013.