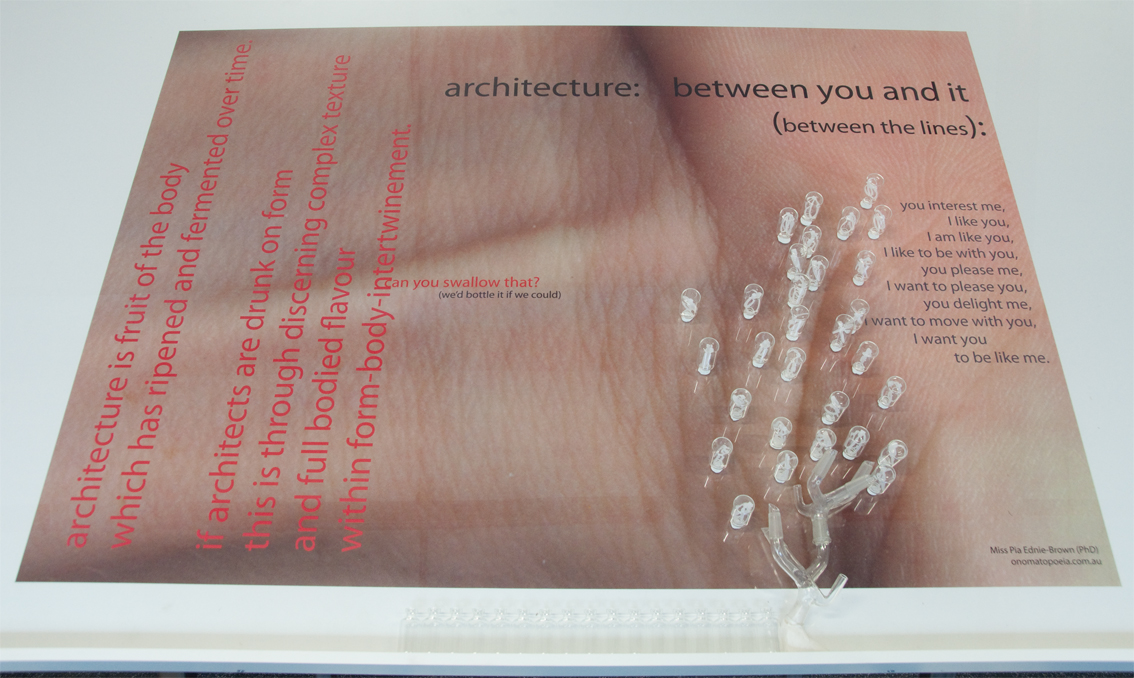 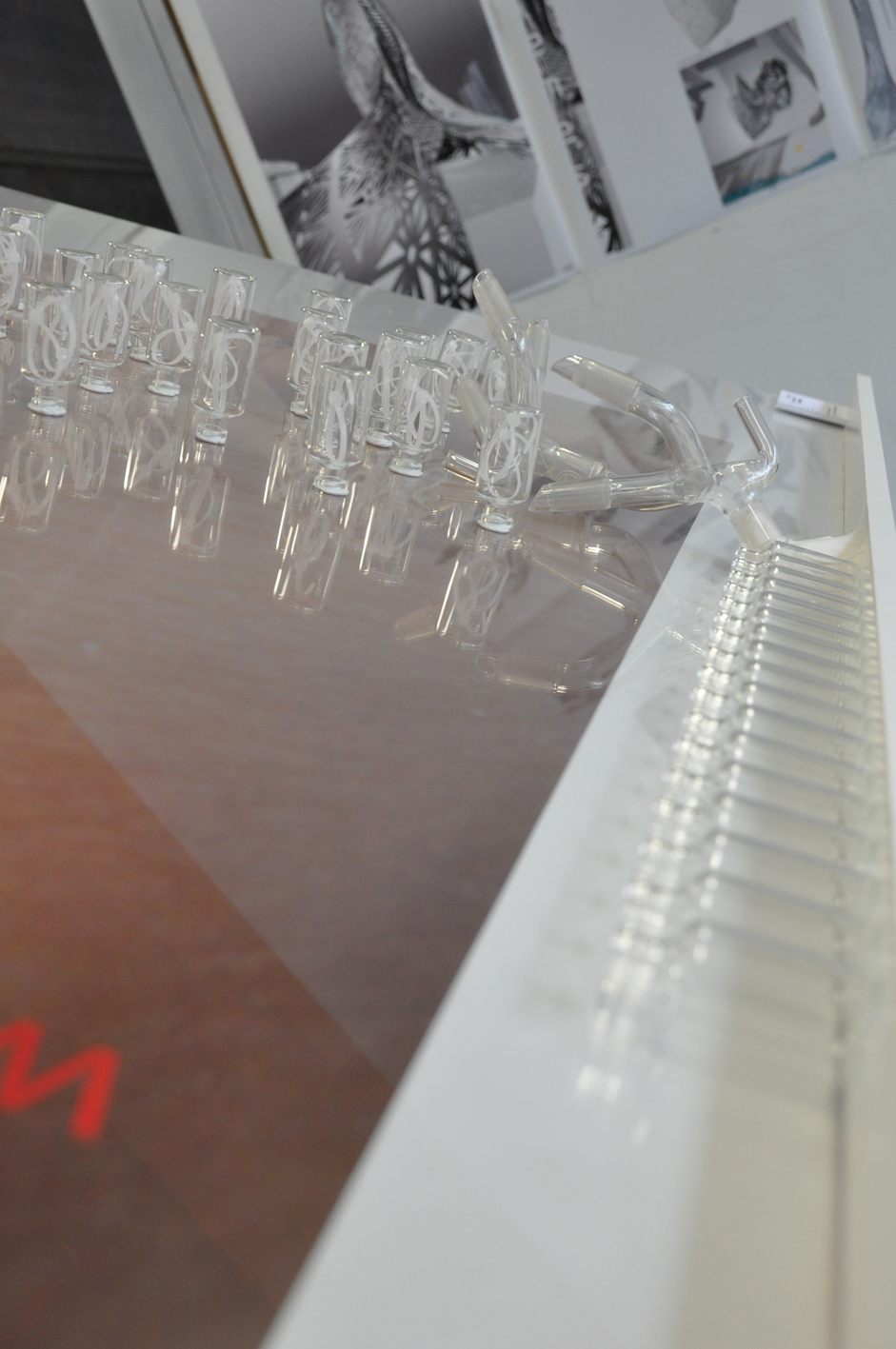 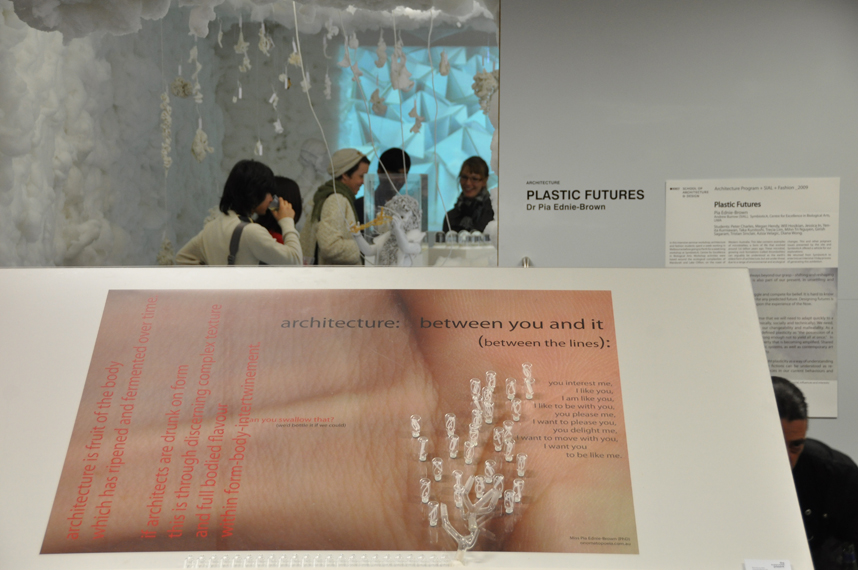 between you and it.

This poster/installation piece used image, text and sculptural elements to suggest a deeply intertwined relationship between physical bodies and architecture. The assembling of this creative work drew upon a theory of composition as developed in my doctoral thesis, where formal arrangements become part of a texture of relations that connect things in the world, resonating with less visibly evident arrangements across all other domains of activity, such as social, political, and the biological.

Rather than see this relationship between domains as something external to the formal architectural composition, the theory of composition I developed argues that these relations become implicitly folded into the composition and are integral to its value. These relations are not necessarily part of the so-called conscious ‘intention’ of the designer. Rather, they emerge as a product of our always complex creative engagements and processes.