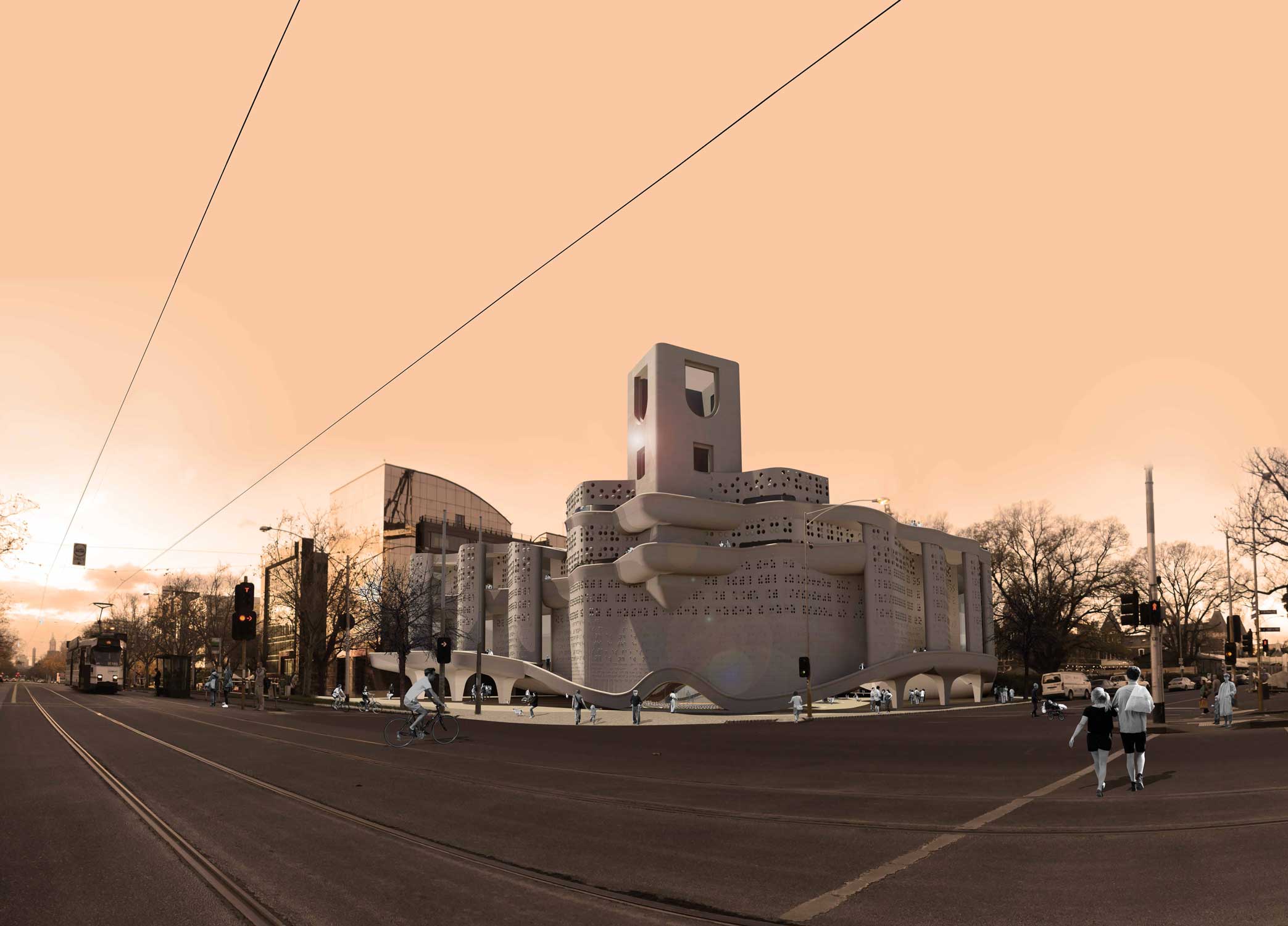 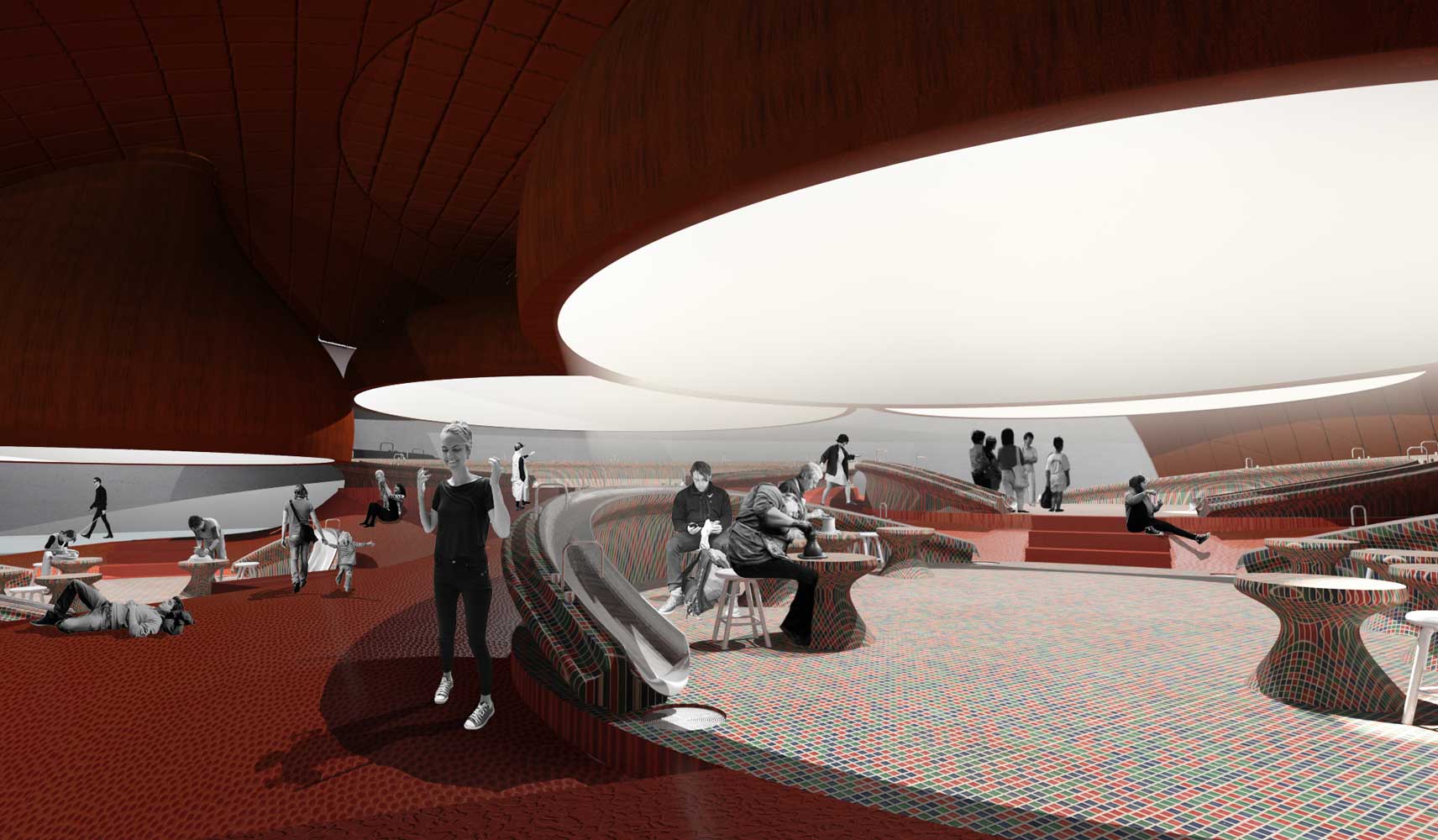 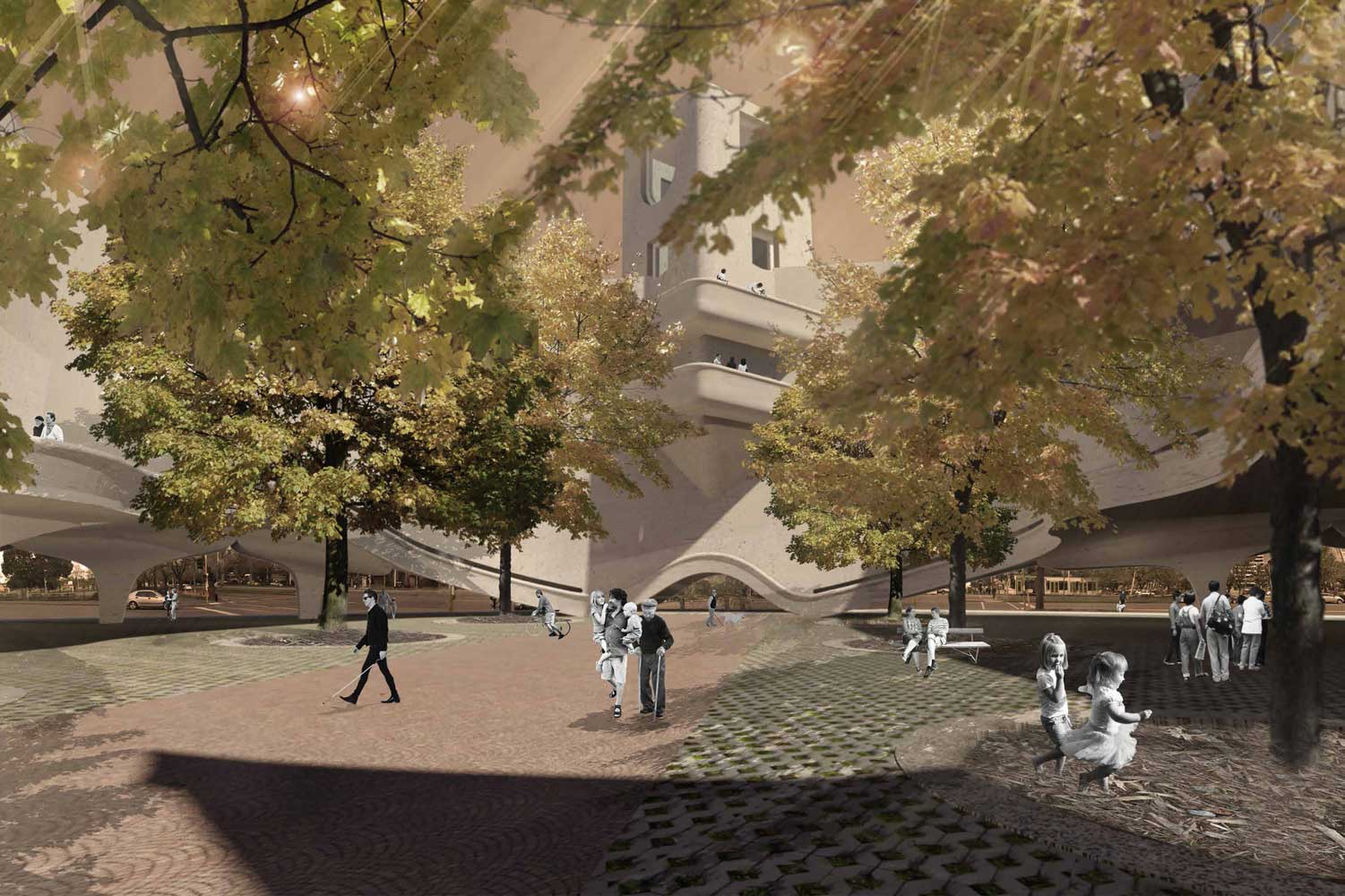 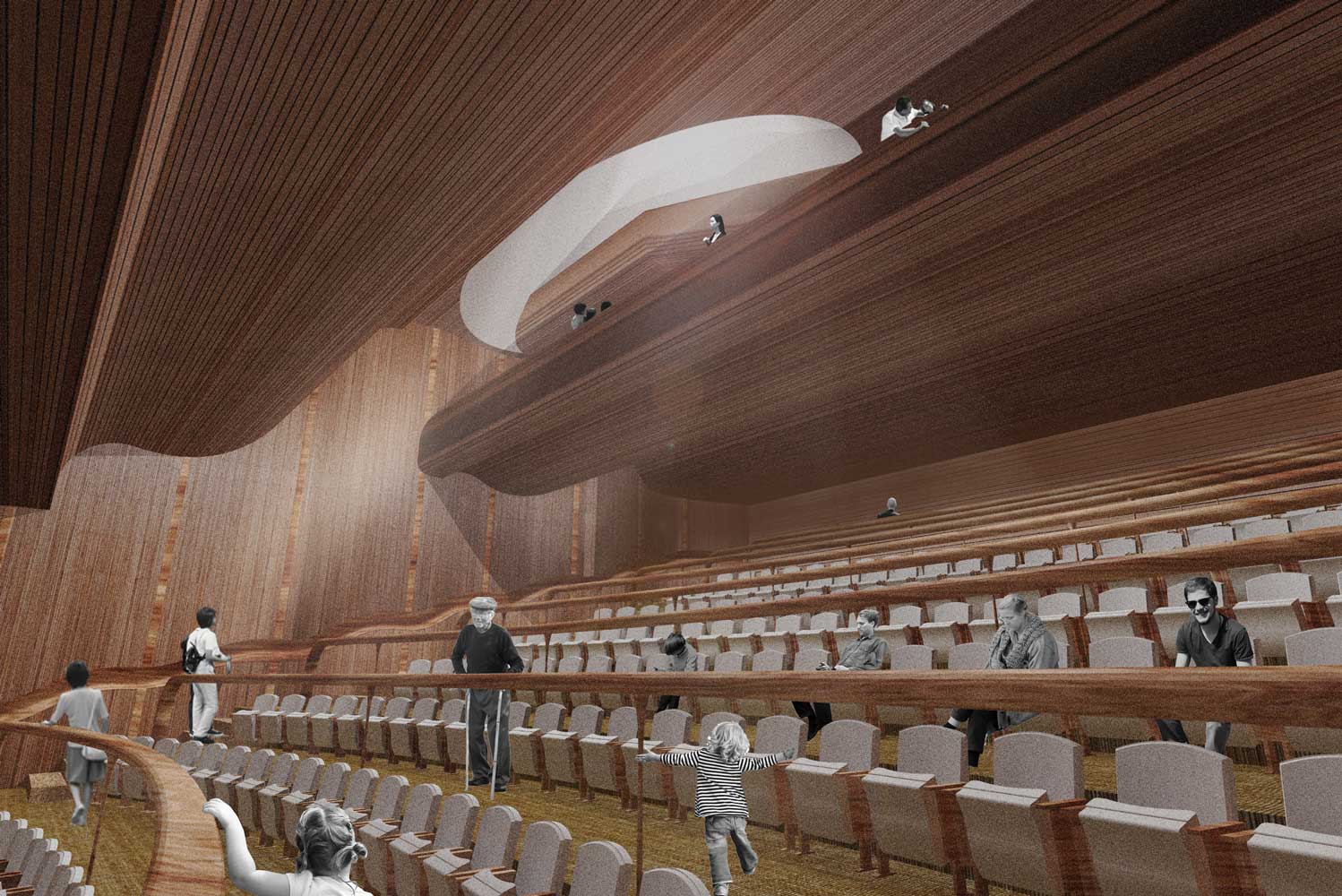 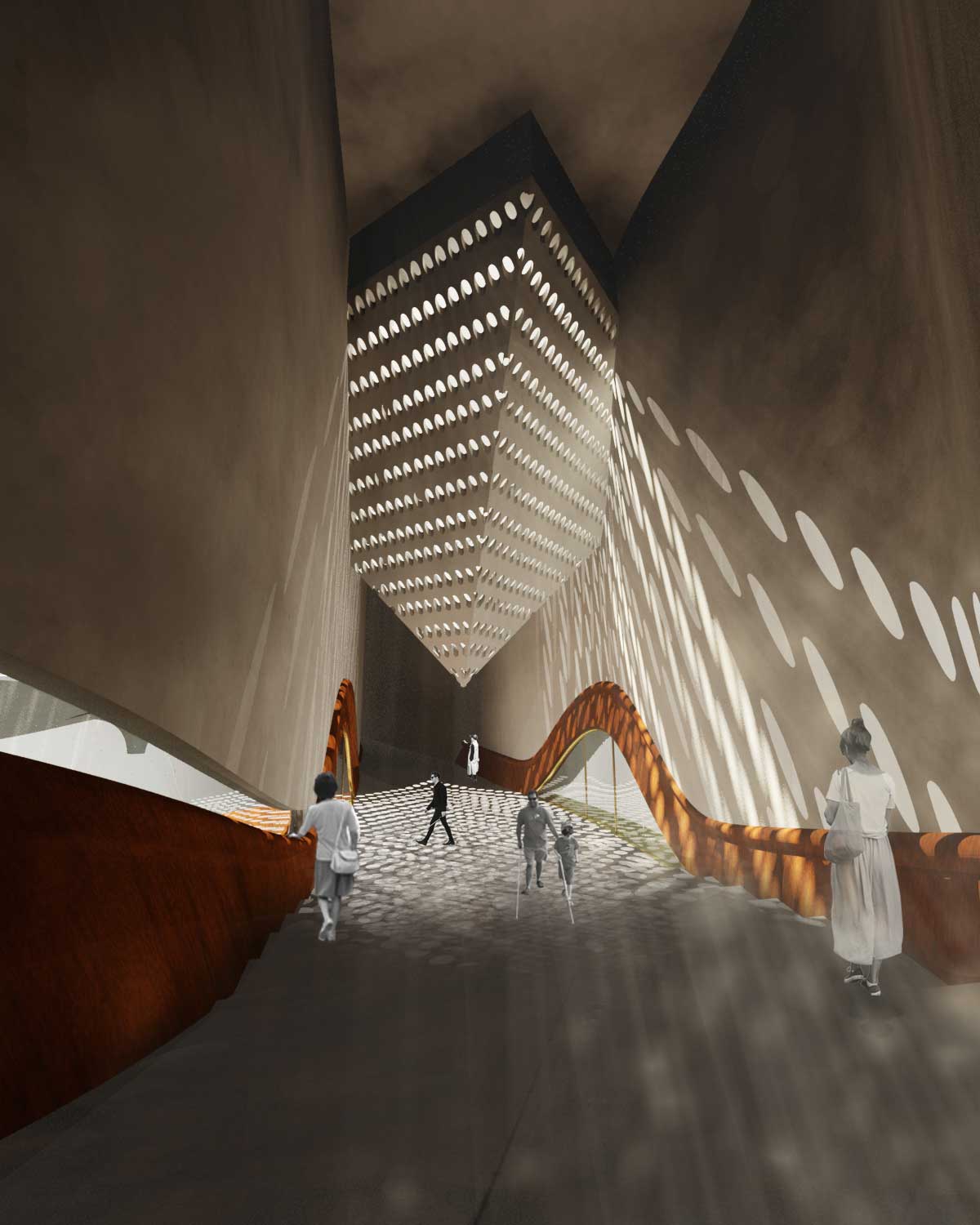 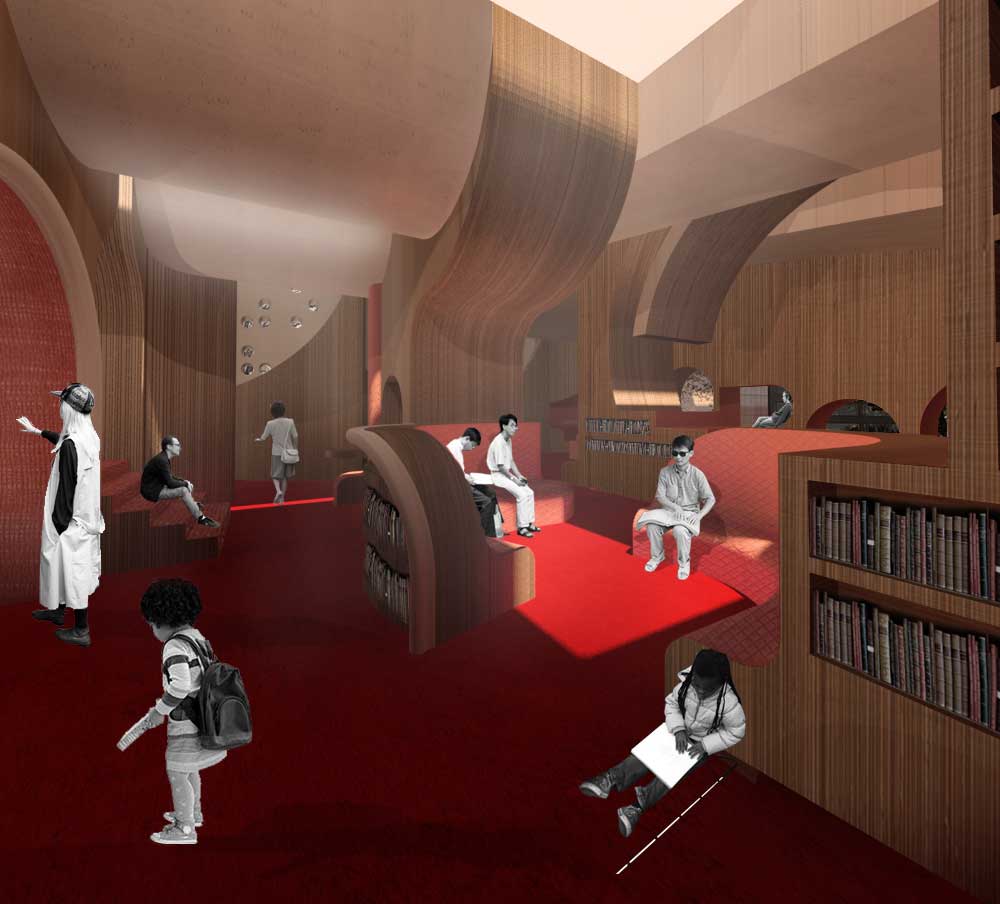 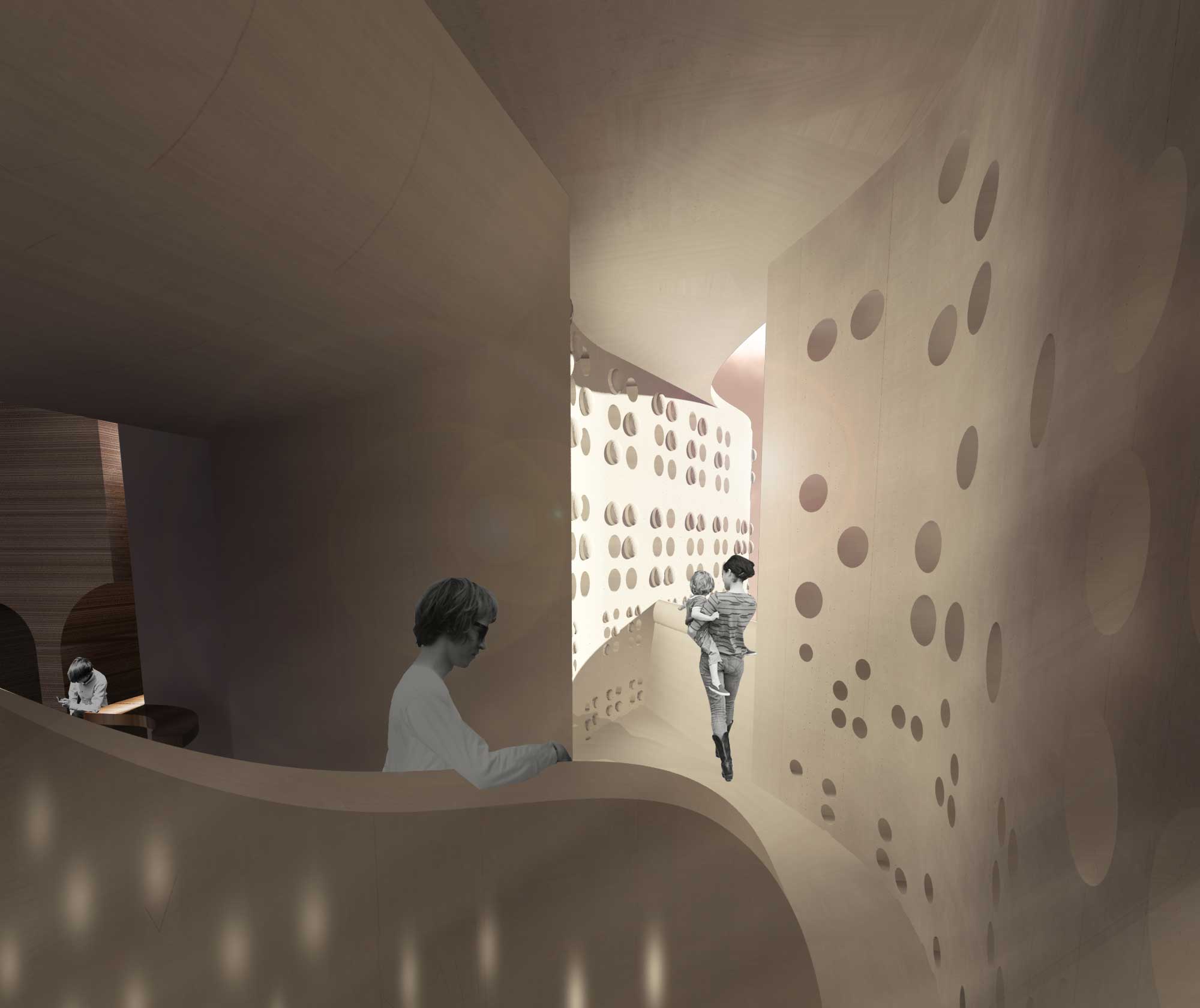 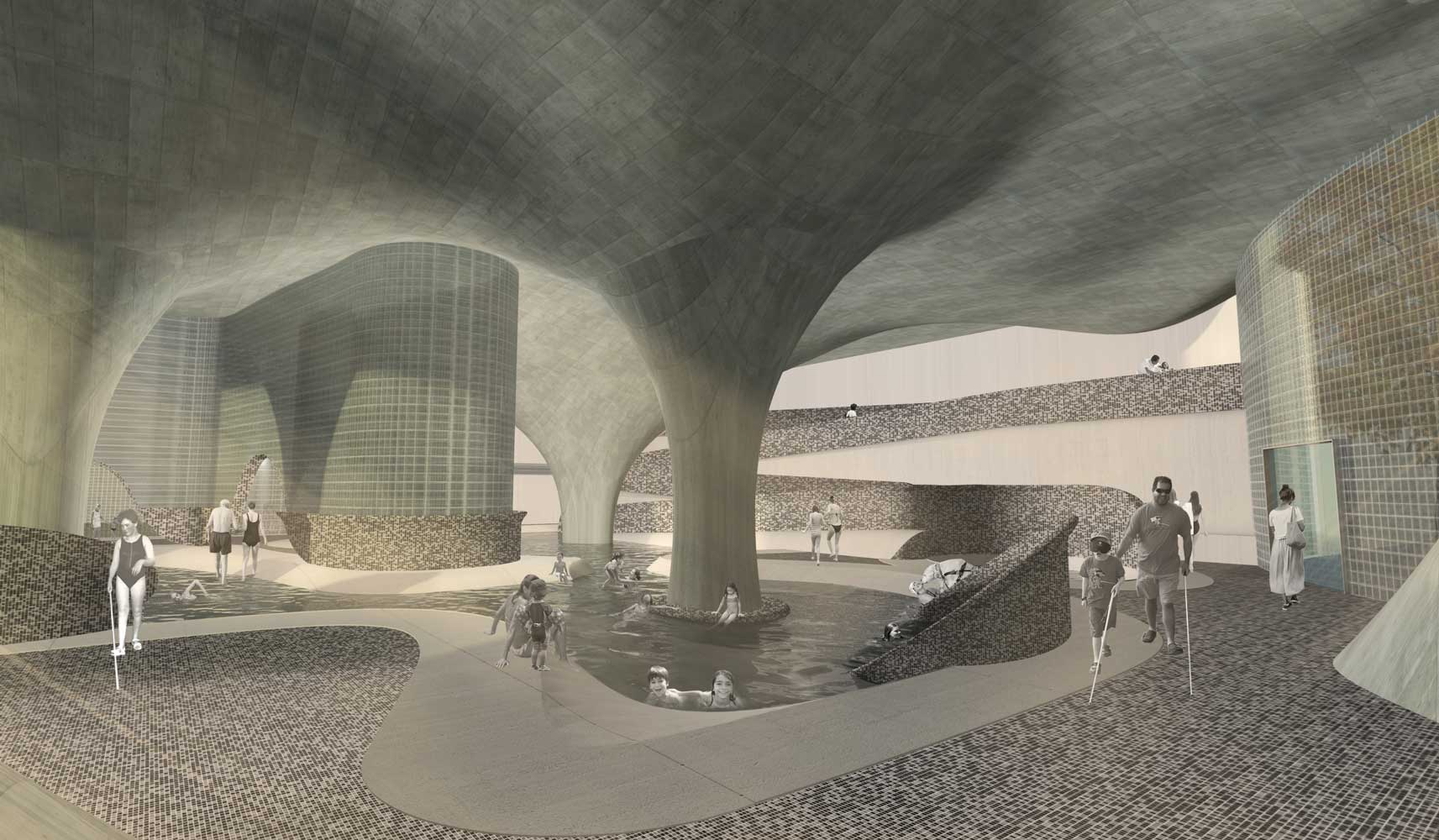 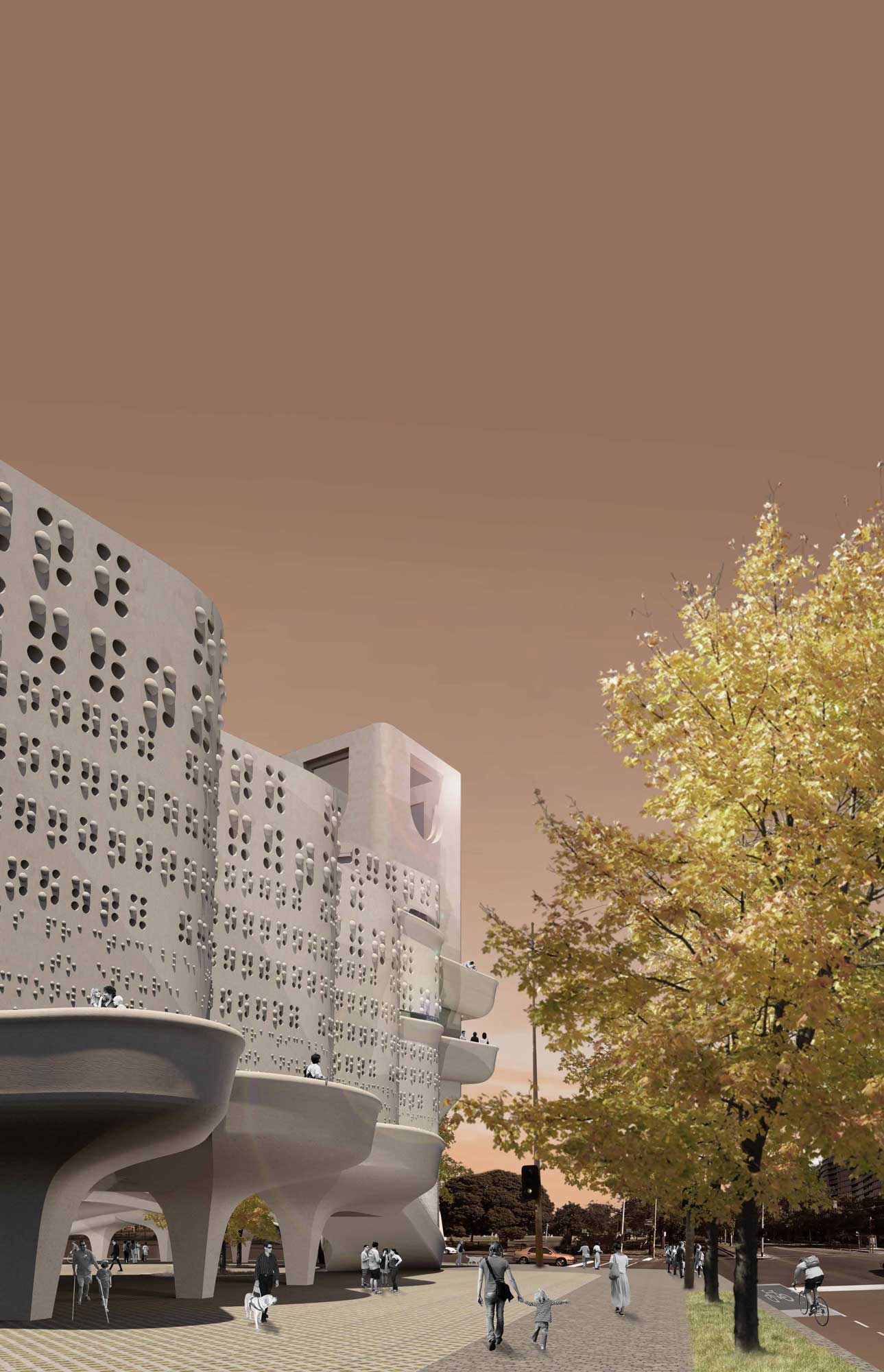 Arts and Recreation Centre for the Blind

This project is an Arts and Recreation Centre for Blind and Vision impaired individuals. The site for this building is located on St Kilda Road, positioned in front of the former Victorian Asylum and School for the Blind. Institutions such as those for the blind were once a positive thing in that they provided essential facilities for society. However, the architectural typology of institutions which is based on control, surveillance and segregation of individuals, produced detrimental environments. Due to this and the resulting closure of institutional buildings in the latter half of the 20th century, today we see a fundamental lack of cultural infrastructure for the Blind in Melbourne.

The building finds its architecture in the intersection of these concerns; re-appropriating the institutional typology and is emphatically designed for the experience of blind and vision impaired users. The façade, the ramp, the courtyard, the tower and the corridor have been re-appropriated from both institutional and non-institutional typologies. The bleeding together of these elements is essential in expressing the buildings anti-institutional values. Within the building the idea of activating memory through the senses is used as a navigation system.  Through the manipulation of form, light and material, each space within the building is designed to express distinct sensory experiences, in turn stimulating memory.