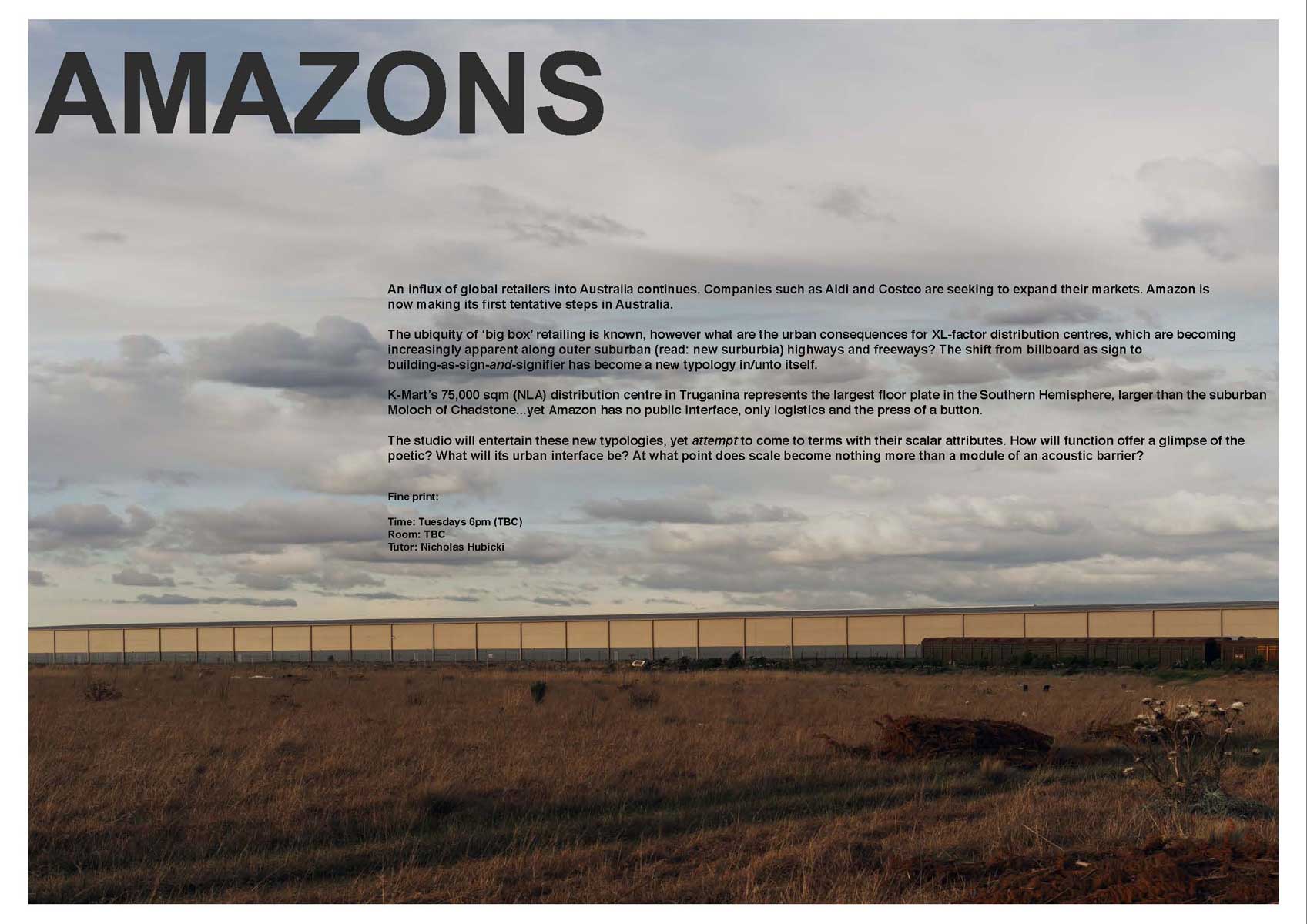 An influx of global retailers into Australia continues. Companies such as Aldi and Costco are seeking to expand their markets. Amazon is now making its first tentative steps in Australia.

The ubiquity of ‘big box’ retailing is known, however what are the urban consequences for XL-factor distribution centres, which are becoming increasingly apparent along outer suburban (read: new suburbia) highways and freeways? The shift from the billboard as a sign to building –as-sign-and-signifier has become a new typology in/unto itself.

K-Mart’s 75,000 (NLA) distribution centre in Truganina represents the largest floor plate in the Southern Hemisphere, larger than the suburban Moloch of Chadstone… yet Amazon has no public interface, only logistics and the press of a button.

The studio will entertain these new typologies, yet attempt to come to terms with their scalar attributes. How will function offer a glimpse of the poetic? What will its urban interface be? At what point does scale become nothing more than a module of an acoustic barrier?