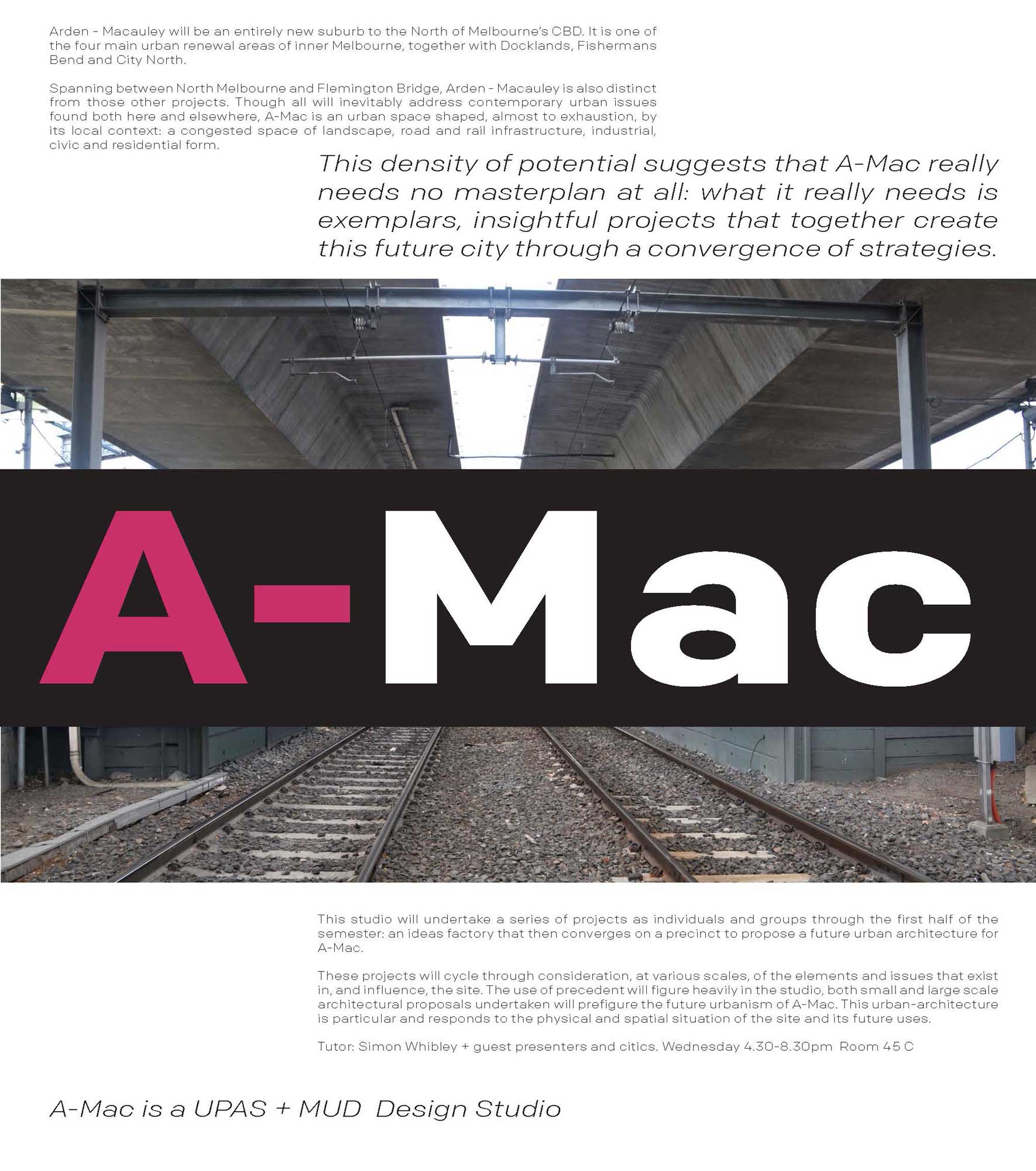 Arden – Macauley will be an entirely new suburb to the North of Melbourne’s CBD. It is one of the four main urban renewal areas of inner Melbourne, together with Docklands, Fishermans Bend and City North.

Spanning between North Melbourne and Flemington Bridge, Arden – Macauley is also distinct from those other projects. Though all will inevitably address contemporary urban issues found both here and elsewhere, A-Mac is an urban space shaped, almost to exhaustion, by its local context: a congested space of landscape, road and rail infrastructure, industrial, civic and residential form.

This density of potential suggests that A-Mac really needs no masterplan at all: what it really needs is exemplars, insightful projects that together create this future city through a convergence of strategies.

This studio will undertake a series of projects as individuals and groups through the first half of the semester: an ideas factory that then converges on a precinct to propose a future urban architecture for A-Mac. These projects will cycle through consideration, at various scales, of the elements and issues that exist in, and influence, the site. The use of precedent will figure heavily in the studio, both small and large scale architectural proposals undertaken will prefigure the future urbanism of A-Mac. This urban-architecture is particular and responds to the physical and spatial situation of the site and its future uses.